Stuff I wanted and stuff I didn't know I wanted 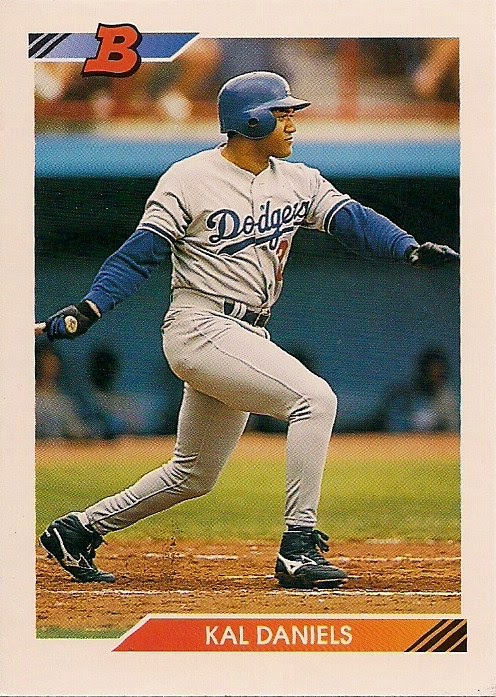 I've traded with literally hundreds of people since starting this blog (more than 300 by my count). Traders come in all forms. Some younger, some older. Some into vintage. Some into present-day cards. Some like '90s cards, some like prospects, some like stuff that I'll never figure out.

If the trader is like me, a team collector who also deals in vintage and some modern sets, than it's an easy deal. But surprisingly -- and I don't know how this happens -- I've been able to work something out with traders with whom I have nothing in common besides our cardboard collections. I always feel a bit uneasy in trades like this, by the way.

But there are some collectors who seem to get me and my collection. This guy is one. Here's another. And another.

Another one of those is Scott. He and I collect a lot of the same things -- Brooklyn Dodgers, vintage sets, oddballs. Only he does A LOT MORE OF IT than I do. So I think he understands the way I collect and is able to find stuff that I like. My want list helps in this area, but then there is stuff like this: 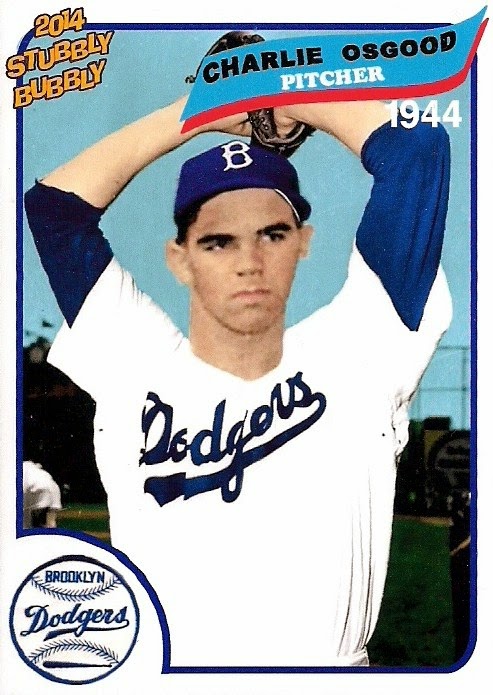 "What the hell is that?" you're saying.

Why, of course, it's a 2014 Stubbly Bubbly card of one-game wonder Charlie Osgood!

This is a homemade card, which automatically impresses me, because if I was to ever make a card of a player who appeared in one game from the '40s, I'd be flummoxed by the "how do I find a photo of the guy" part before I even got to the "how do I make a card" part.

This card wasn't made by Scott, but by his buddy, Stubby. You may have read Stubby's comments on my blog, which are always informative in a uniquely ranty kind of way. I'm told that Stubby's a fan and he wanted me to have this card, which makes me too goopy inside for words.

But look there's a back to this card, too: 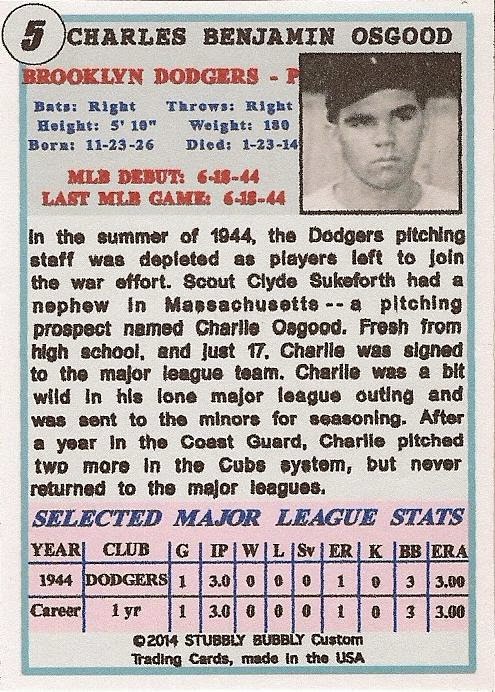 There's all the information about Osgood that you will need. And, before I forget, how cool is it that I have a card of a guy who played three innings of one game for the Dodgers during World War II?

And look at this! 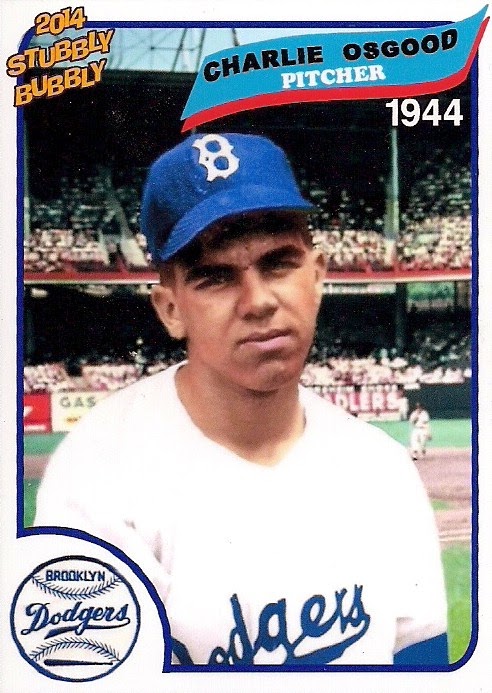 It's a Charlie Osgood variation card! (The back's the same).

This is something I could have never expected yet I love it for all the reasons that it was intended for me. It's a Brooklyn Dodger. It's an obscure player with a fascinating history. It's an oddball. I wanted this card without even knowing it. Y'all get me.

Stubby also wanted me to have this: 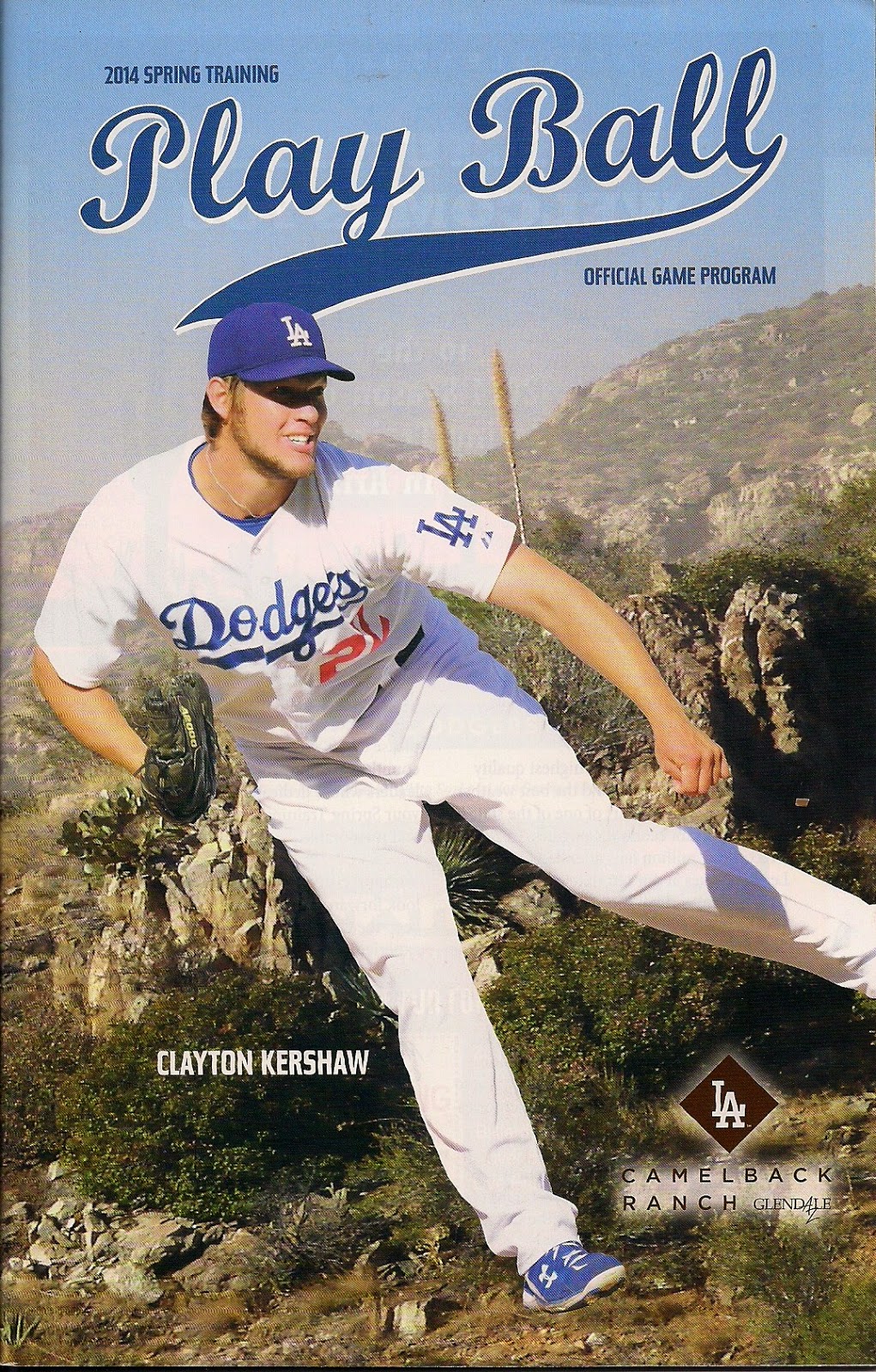 It's a spring training program featuring the best pitcher currently on this green (or brown) earth. This thing is in immaculate shape. I treat my game programs a lot less kindly. 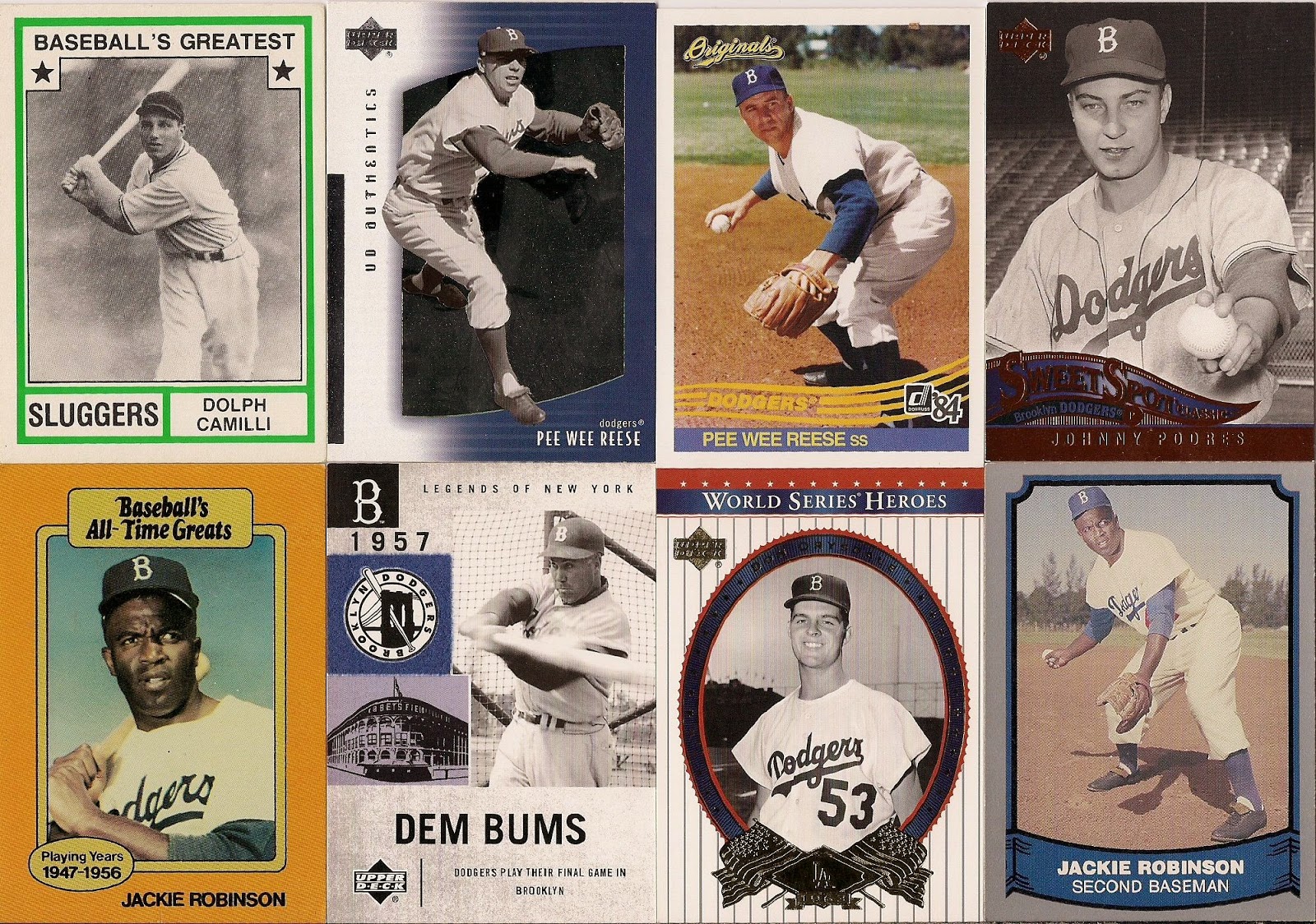 There's that thing for the Brooklyn Dodgers that I mentioned before. I can never have enough Bums. See how they shine. 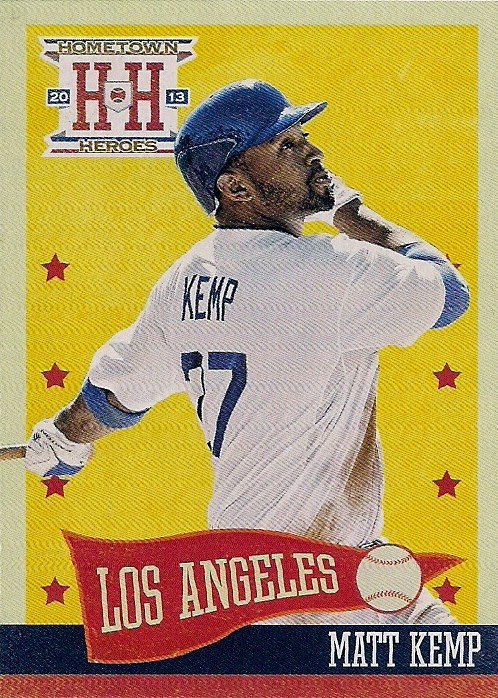 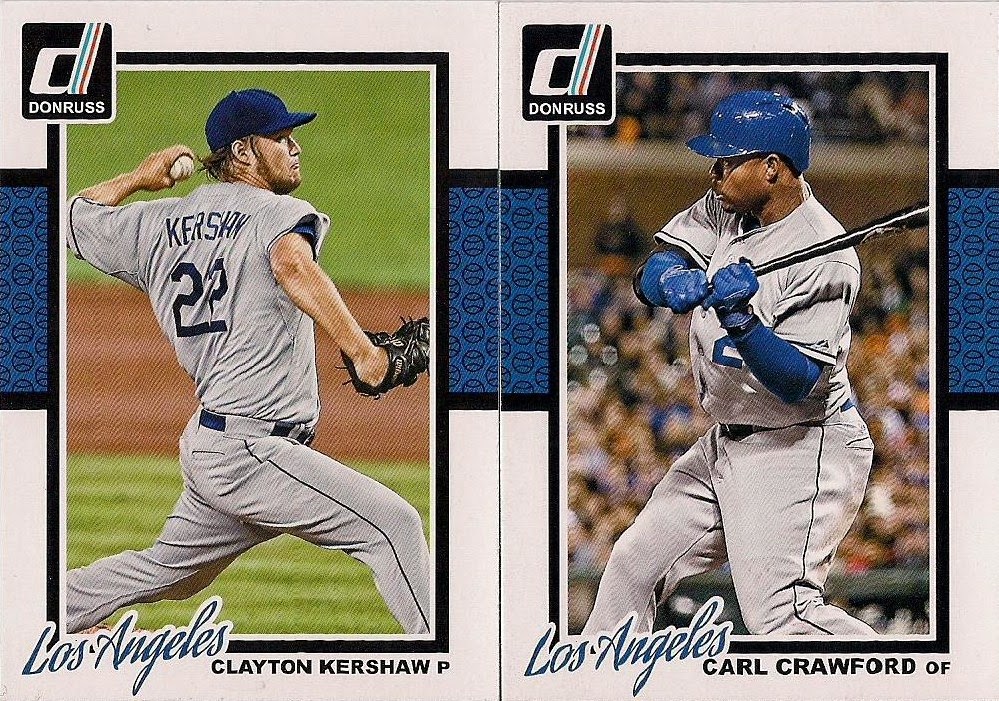 There's some Panini product. Scott likes them a little more than I do, I think. Although the Hometown Heroes is far and away the best thing that Panini has ever done in baseball. I might be close to completing the non-SP Dodgers. 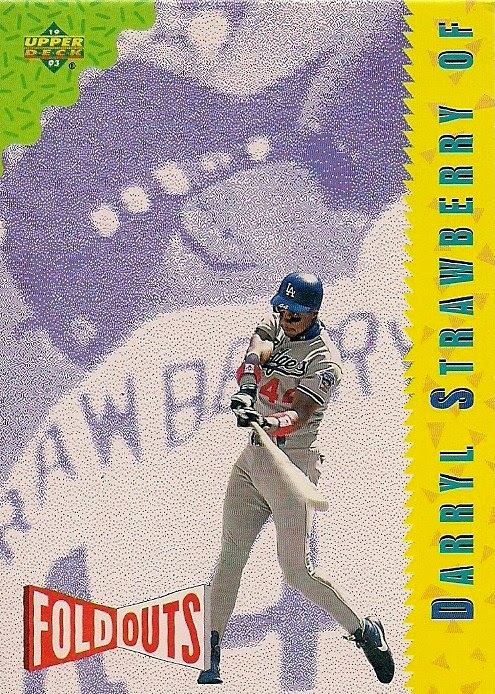 Like so. That is officially the longest scan I've ever featured on this blog. 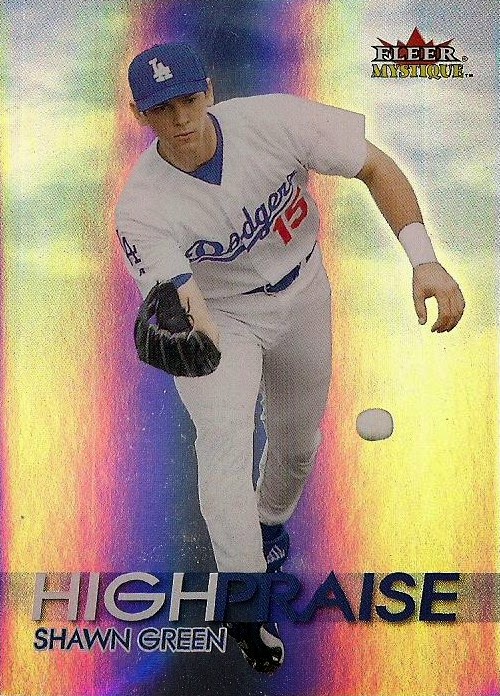 The rest of the cards I received I don't exactly have High Praise for -- let's call it Medium Praise. Scott knows the deal. There are cards from a period (in this case '90s and early '00s) that you need but you don't really have a lot to say about them. 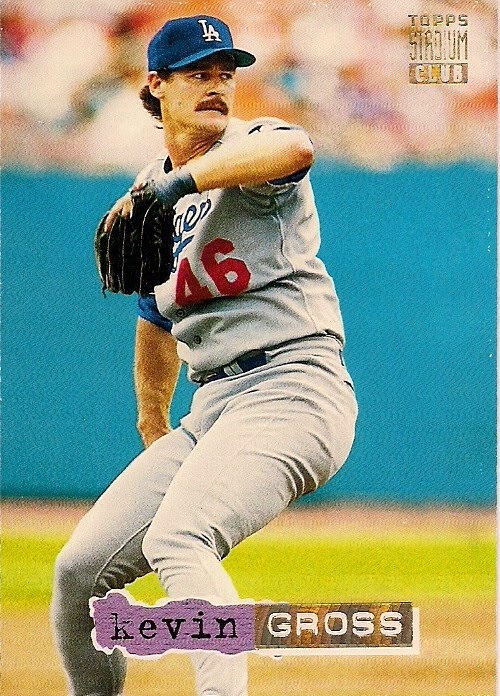 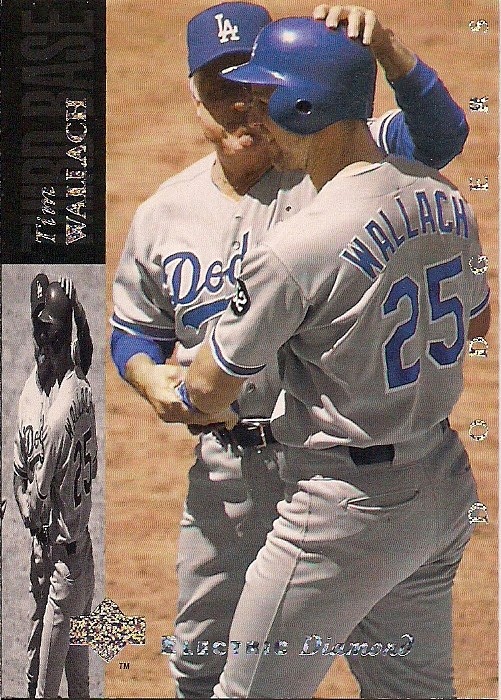 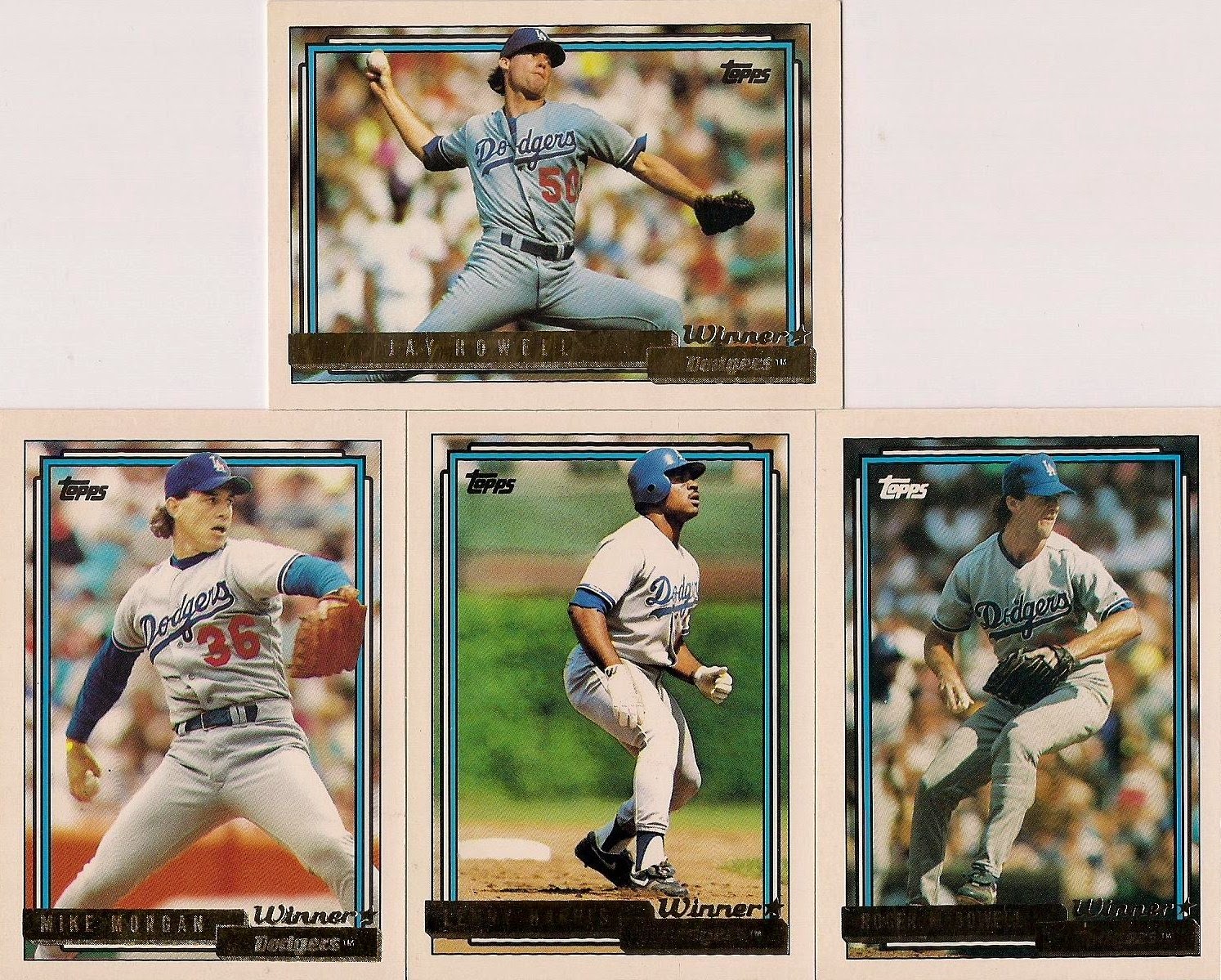 A bunch of '90s parallels. Check 'em off the list. 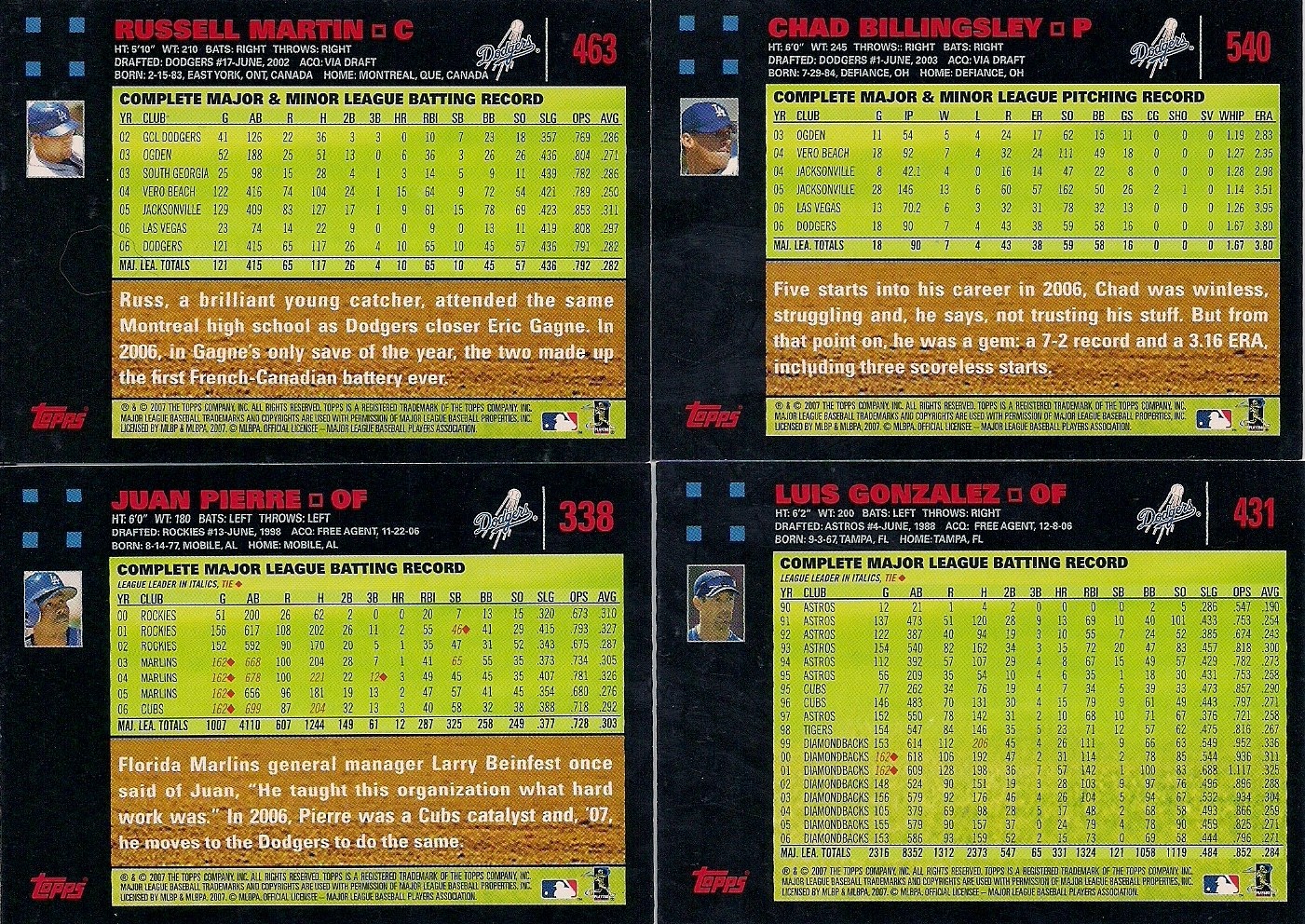 Red-letter back variations from 2007. Need just one more Dodger. Check 'em off! 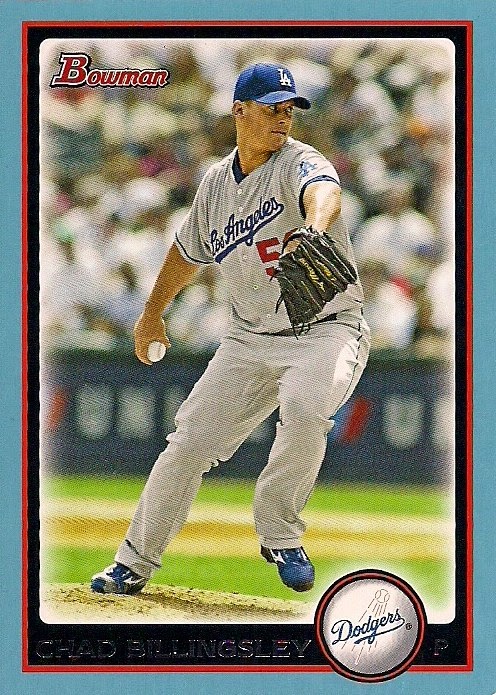 Blue-parallel Billingsley. His time with the Dodgers is starting to seem long ago. 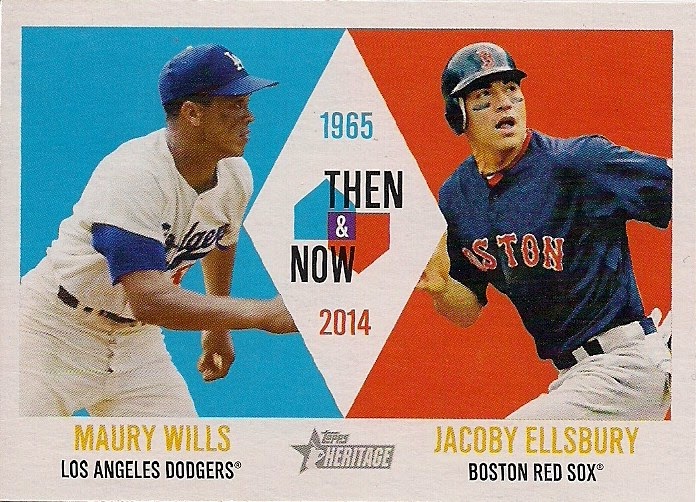 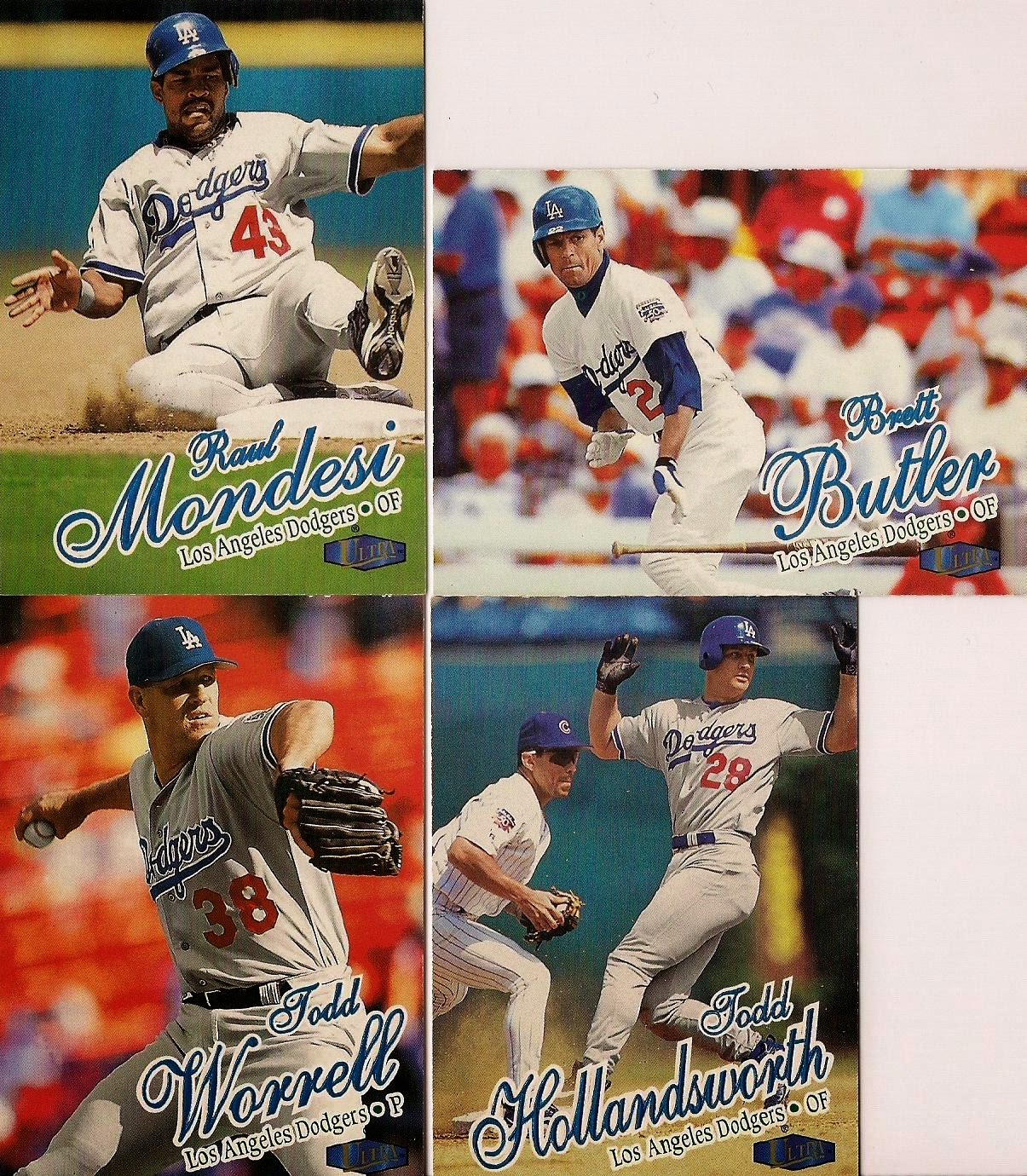 Flashback tribute sets for sets that I didn't necessarily need to see again. And I like 1984 Fleer, too. 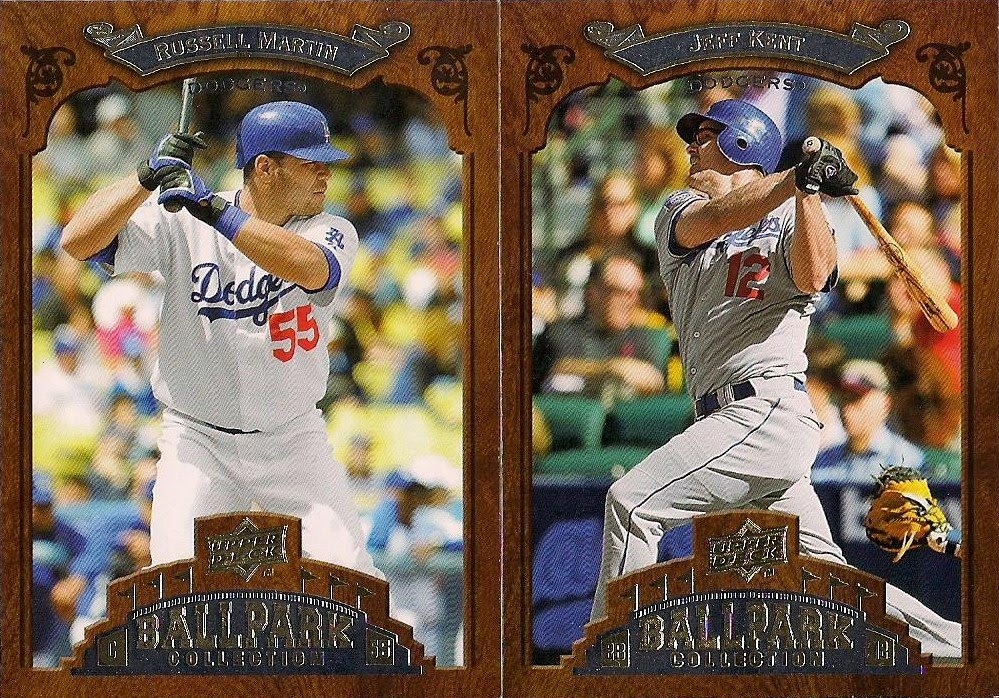 Scott always throws a set at me that I've never seen in person. In this case UD Ballpark Collection from '08. 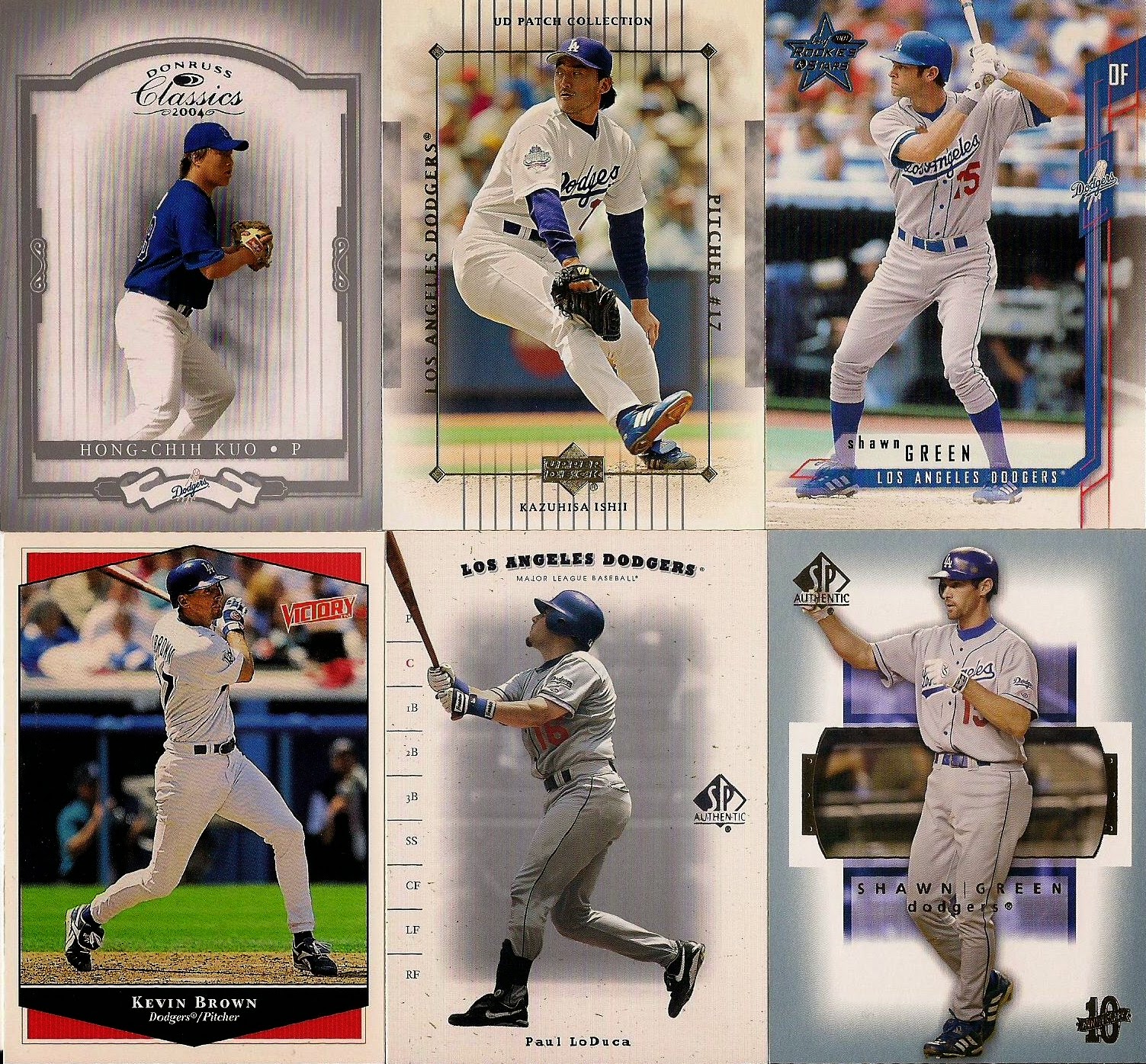 The best thing about card packages like these is the sheer number of team set wants that shrink before my eyes. Scott has more want lists I think than anyone I've seen so I think he knows what I mean here.

I'm really appreciative of everyone who trades with me, whether they collect like I do or not. But I have a special place in the cardboard box for blogs like Scott Crawford On Cards. He does a lot more player collecting than I do, and I'm more of a hardcore team collector. But we're coming from the same place in our baseball card pursuits.

Those trades are the best.