The history of flight 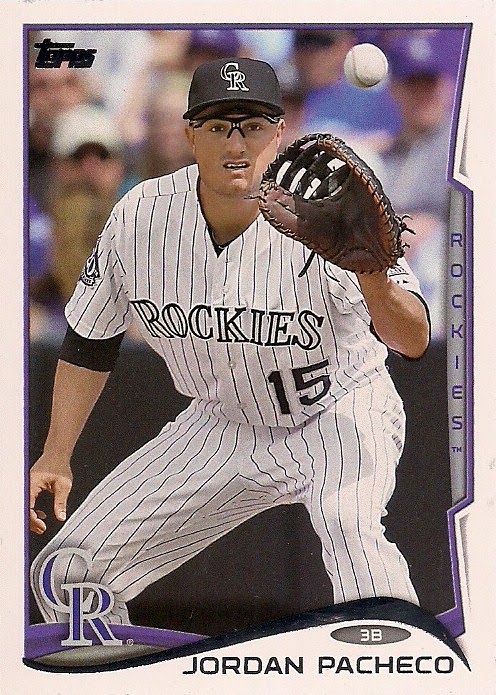 No, I don't mean the fact that baseball teams wear purple these days, or that grown men are named Jordan. I'm referring to the ball.

It's nothing now to see a ball in mid-air on a baseball card. You can spread all your 2014 cards on the ground, throw a rock at them, and the chances are good it will land on a picture of a ball in flight.

But it wasn't always that way.

I know. Because when I first collected cards, seeing a ball in the air on my picture cards was an event.

Oh, we didn't know why that particular card was so cool, but it was the underlying reason. THE BALL WAS IN MID-AIR!

That got me curious. Exactly when did cards with balls in flight actually start happening? And when did it become so commonplace that nobody cared anymore?

Well, balls in flight actually go back farther than I thought, and they probably go even farther back than I can show. I'm suspecting back to cards from the '30s or '20s or even tobacco issues.

But the earliest ones I found in my collection were on a set that you could probably predict. 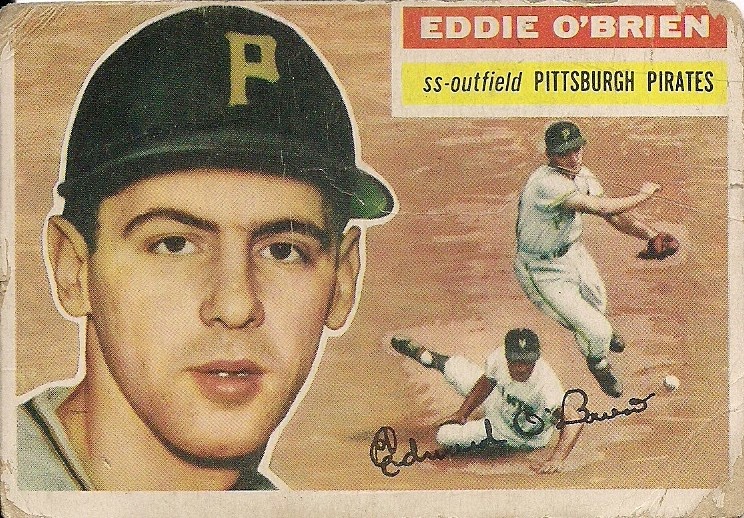 Now, I don't really count this one because it's painted. And even though it was likely painted from an actual photograph, I want to see a photographed ball in flight to give the card credit. 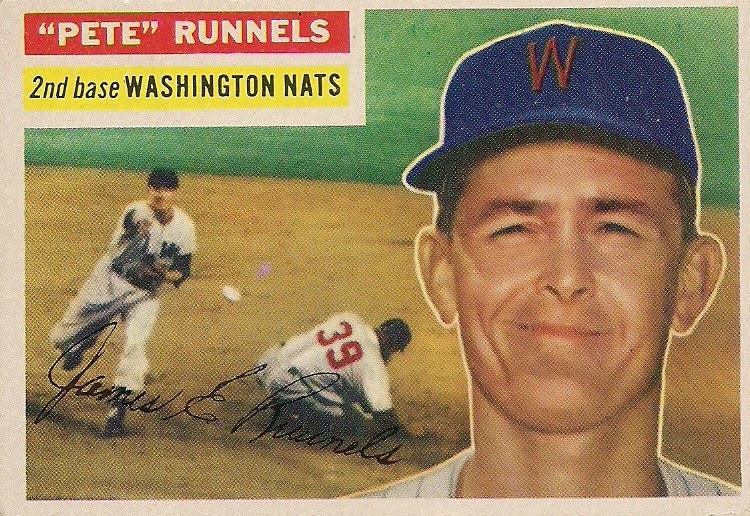 I didn't have to look long. That's a photograph and there is "Pete" firing to first as the ball magically floats in mid-air.

This is just one of the many reasons that 1956 Topps is miles above just about every other set. But I wasn't done yet. I wanted to see whether '56 was a rarity.

For the next 15 years, the only balls in flight you would see were on special cards like this: 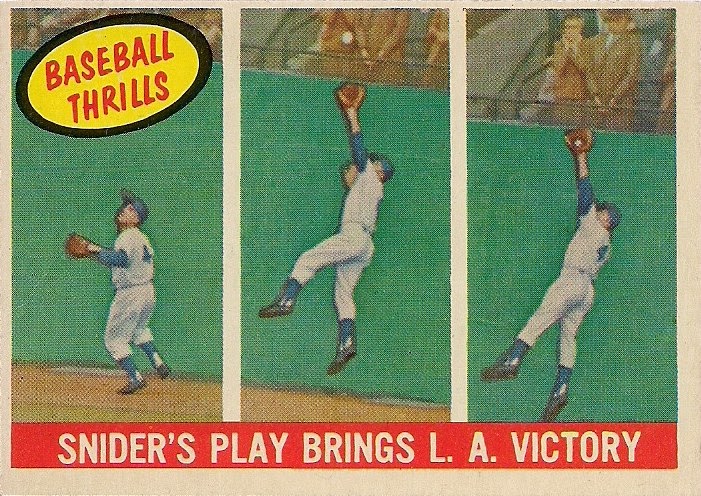 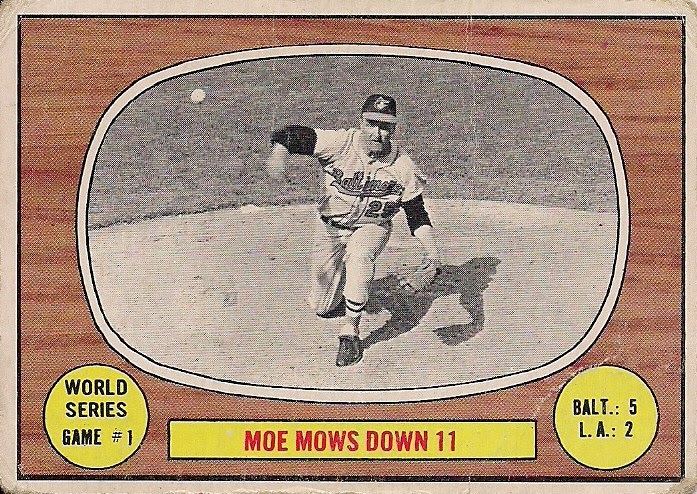 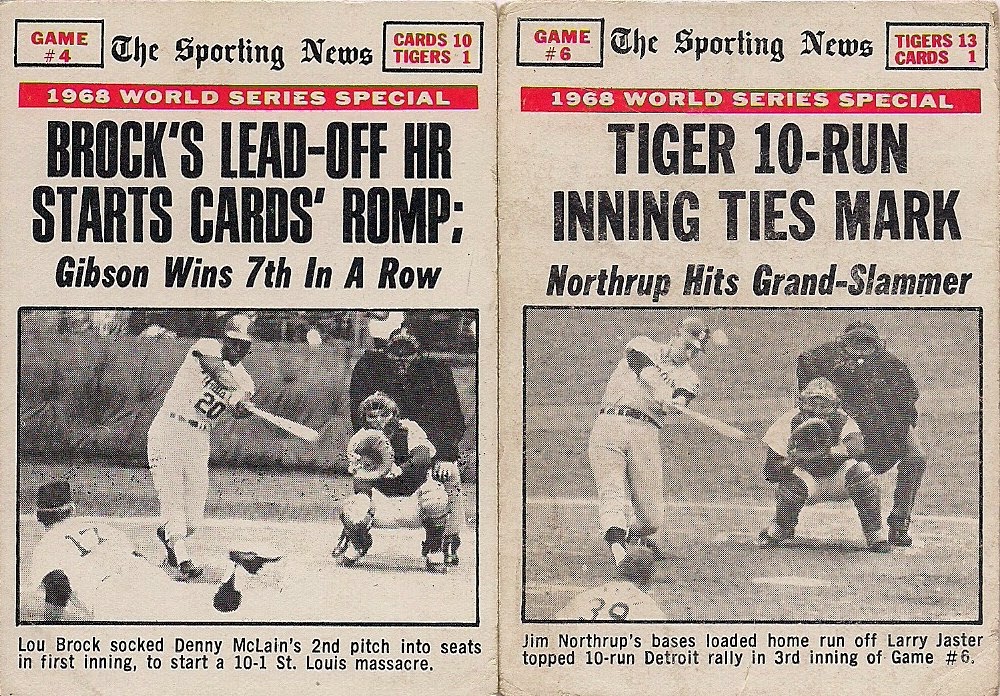 That is predictable as well. The only action on cards from the 1960s was found on World Series cards.

For a return to balls in mid-air on an actual player's card, I turned to another milestone action set. 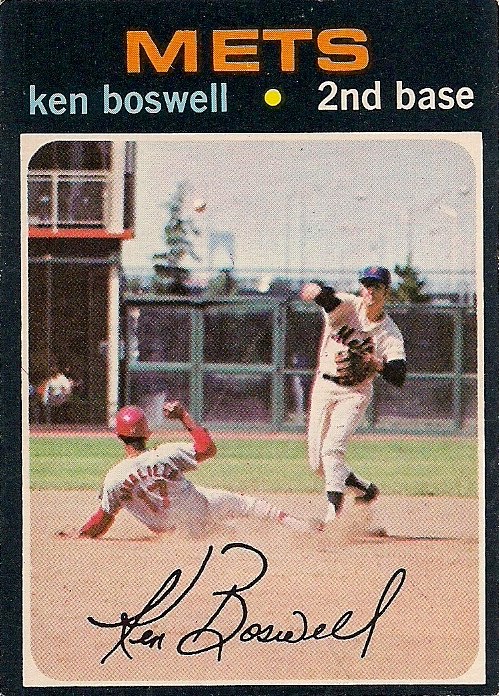 1971 Topps featured a handful of players hurling spheres through the air. 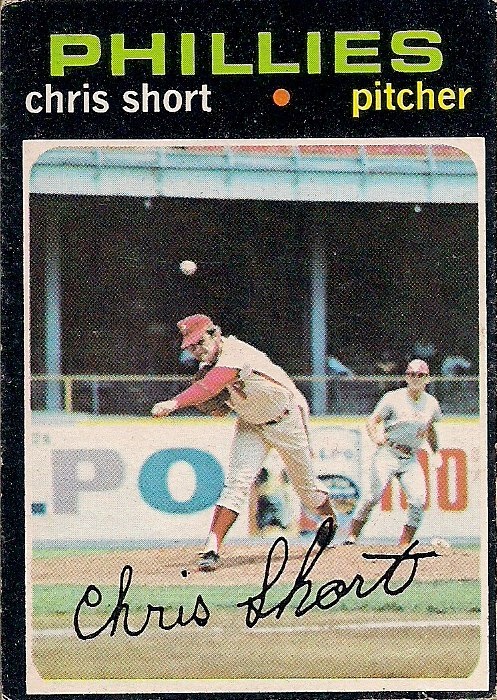 Nobody realized the groundbreaking feat of this card because of the dog staring between Short's legs and Pete Rose lurking in the distance. 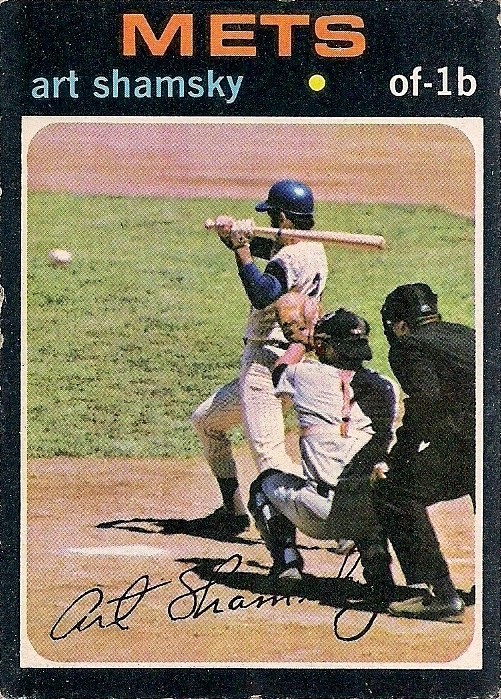 And then something truly unusual. It's not someone throwing a ball (although the unseen pitcher actually did throw it). It's someone preparing to swing at the ball in flight. Once again, there are so many reasons to love 1971 Topps.

For a couple of years, Topps humored us with a few more balls in flight. 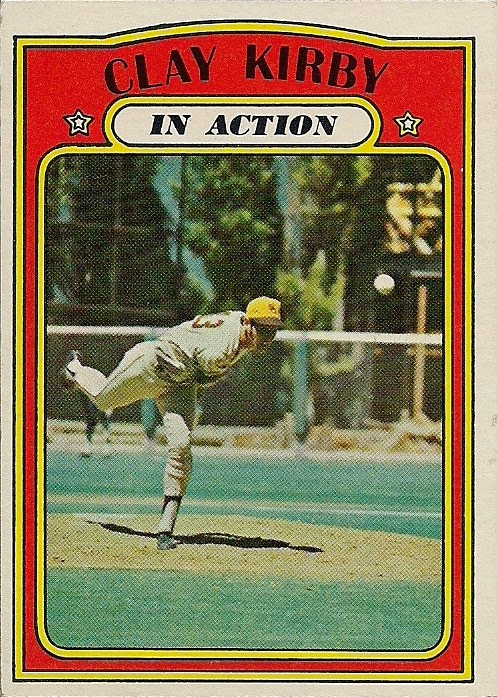 This is probably the highlight of the 1972 Topps set in terms of ball trajectory. The 1973 Topps set has a handful of notables, too, like the Luis Alvarado parking lot card and the Terry Crowley card in which he's barreling down on Thurman Munson.

But after that brief golden era, the ball disappeared, or at least was confined to a player's hand or glove.

The 1974 and 1975 sets feature no balls in flight. Sadly, this corresponded with my arrival on the collecting scene.

In the 1976 set, I could find but a single card featuring a ball in motion. 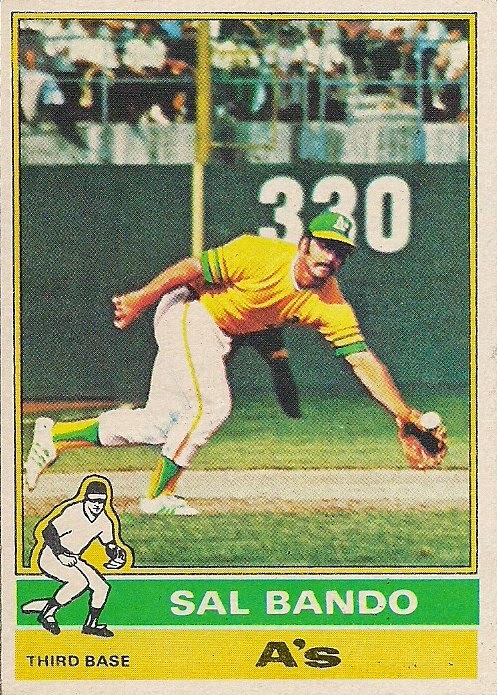 I never saw this card as a kid. I undoubtedly would have killed for it if I did.

The pattern continued for a few more years. 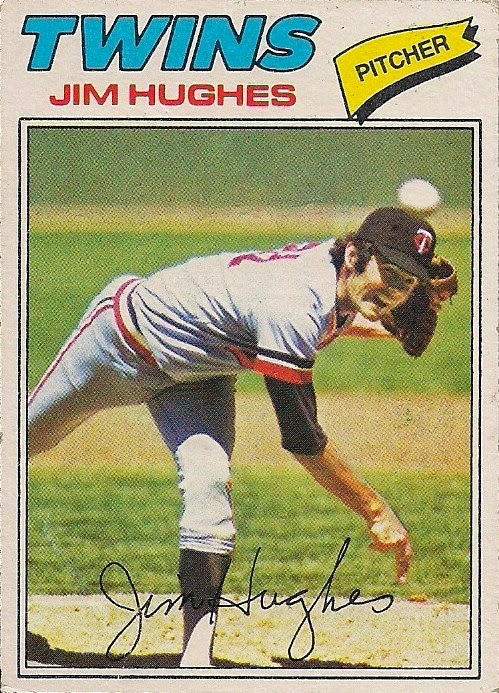 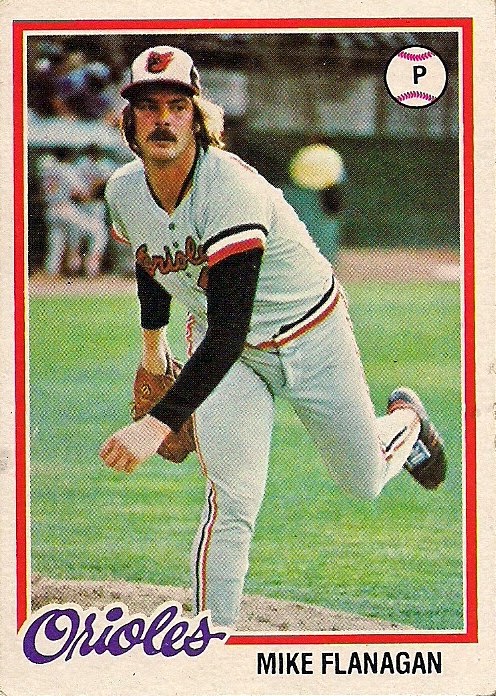 A single ball in flight in the 1978 Topps set (at least I think that's a ball, it looks like he's throwing the rosin bag toward the plate). 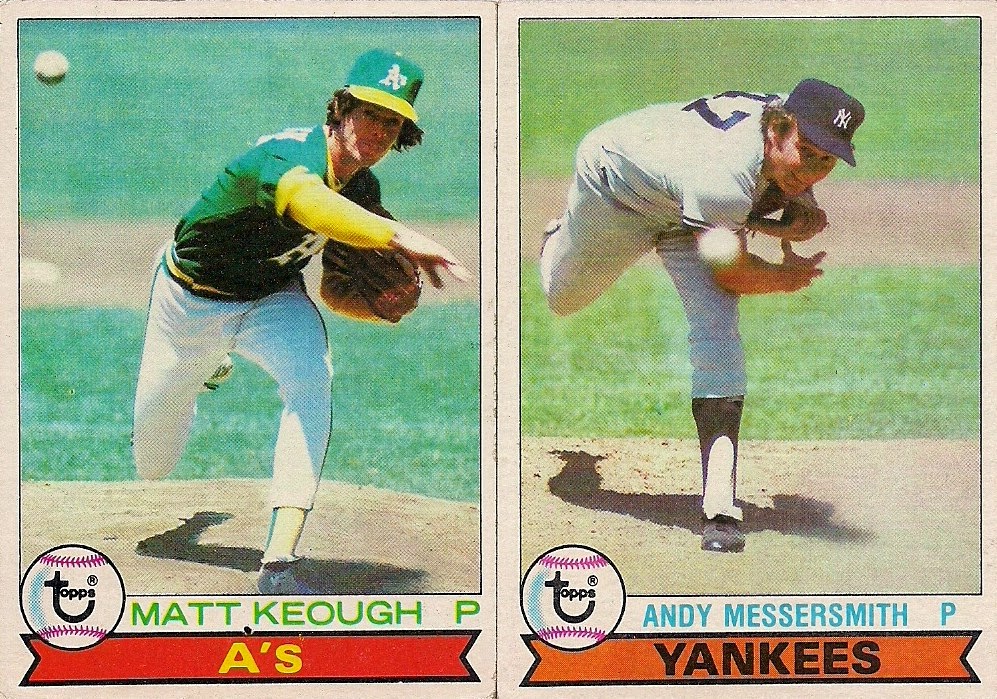 A whopping two balls in flight in the entire 1979 Topps set.

The tragedy of this is that I never saw those two '79 cards when I was collecting in '79, nor did I see the '77 Hughes card. And the '78 Flanagan card doesn't really look like a ball so I probably had no idea what I was seeing. 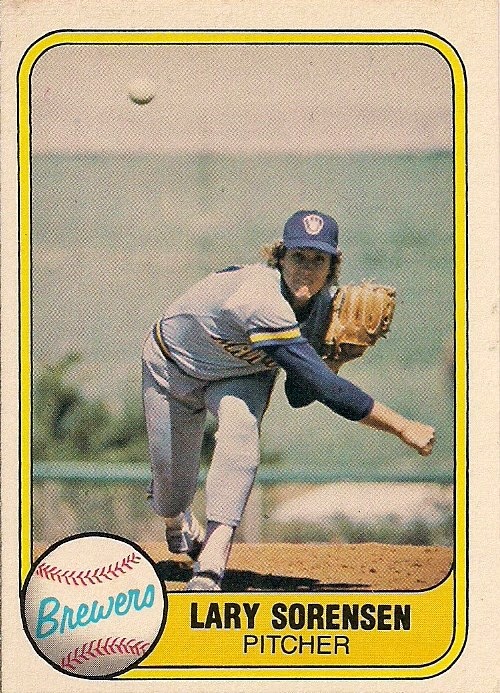 No, it took the arrival of Fleer in 1981 for me to discover balls in flight. It was this card, and later the '81 Topps Bruce Sutter all-star card that peaked my interest in catching balls in mid-air.

In fact, I think Fleer and Donruss probably got Topps' butt in gear in this area, too. In 1982, Topps resurrected the "In Action" set, and although there are only three balls in flight in that set (and just Tom Seaver in the "In Action" series), it paved the way for 1983. 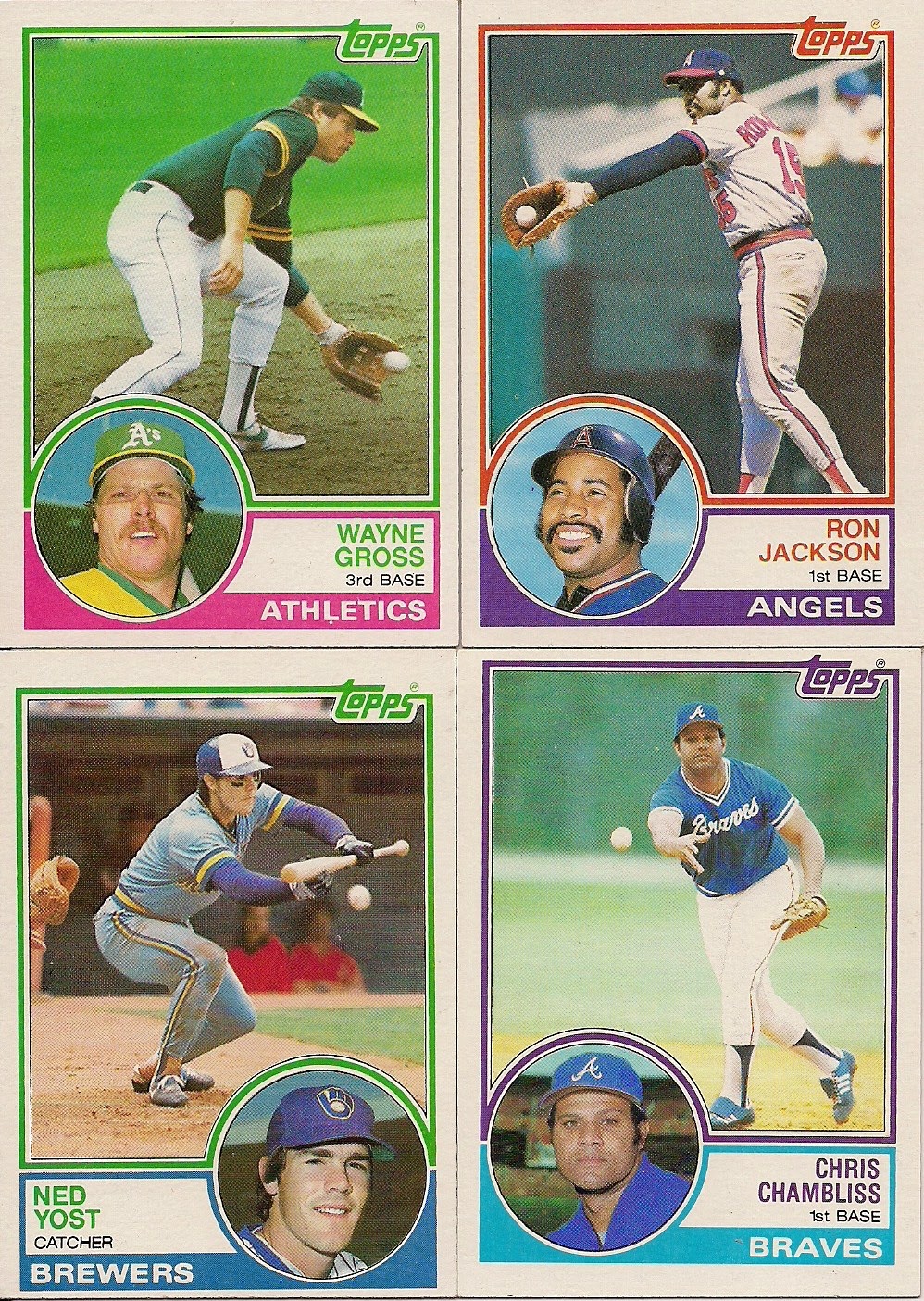 There are possibly more balls in motion in the 1983 Topps set than any set prior. And they showed up in new and different way. It wasn't merely a pitcher throwing. It was a third baseman fielding, a first baseman almost catching, a catcher bunting, and a first baseman throwing.

Through the rest of the decade there are other fine examples. Playful Fleer items like this: 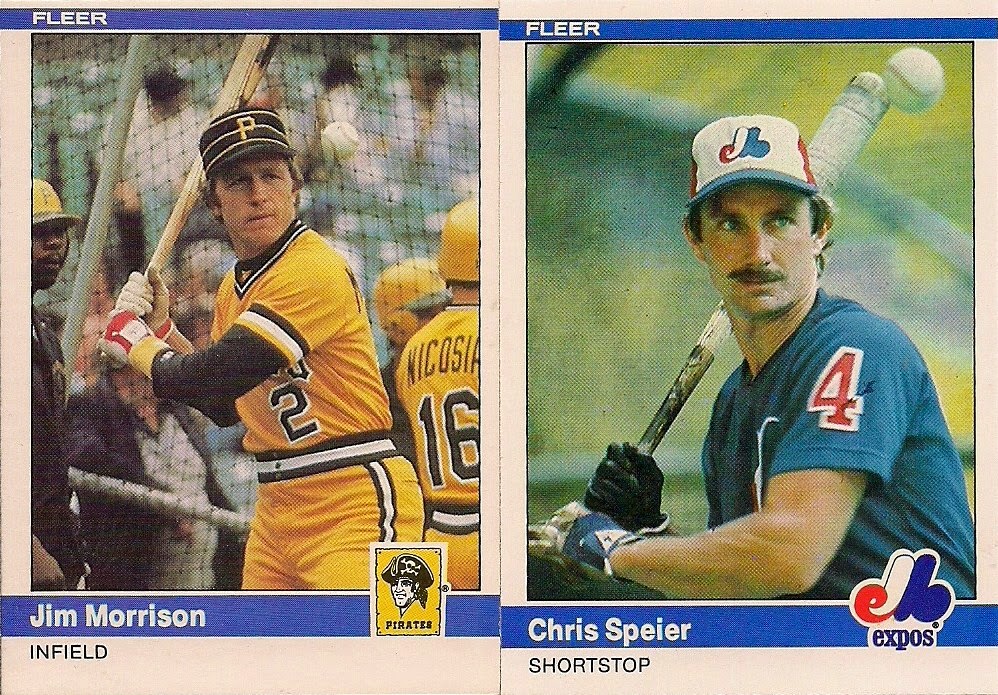 Then Score and Upper Deck arrived on the scene and action -- and balls in flight -- were no big deal. They were everywhere. 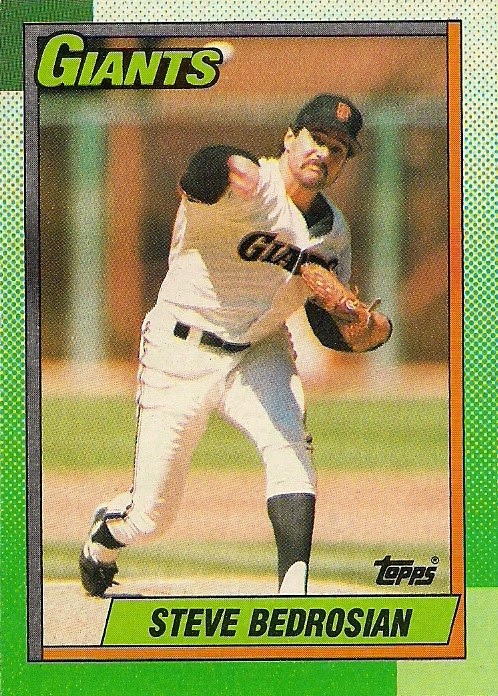 Topps was so blase about the floating baseball that they hid it behind the team logo. 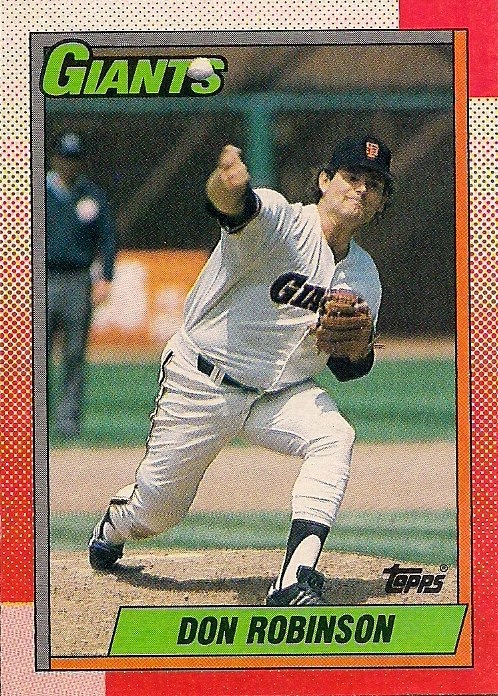 OK, they featured it in front of the logo, too.

With the appearance of Stadium Club and other photographic-heavy sets, there were balls flying all over the place (that's a Rachel Green reference, "Friends" fans).

Today, you can't shuffle through a pack of cards without seeing a ball in flight. 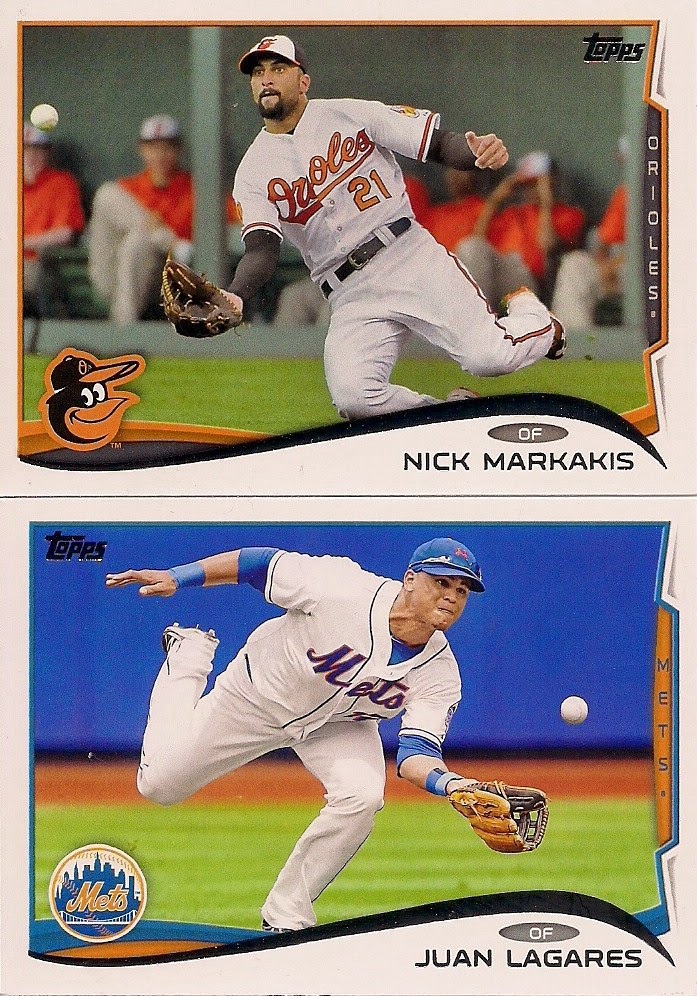 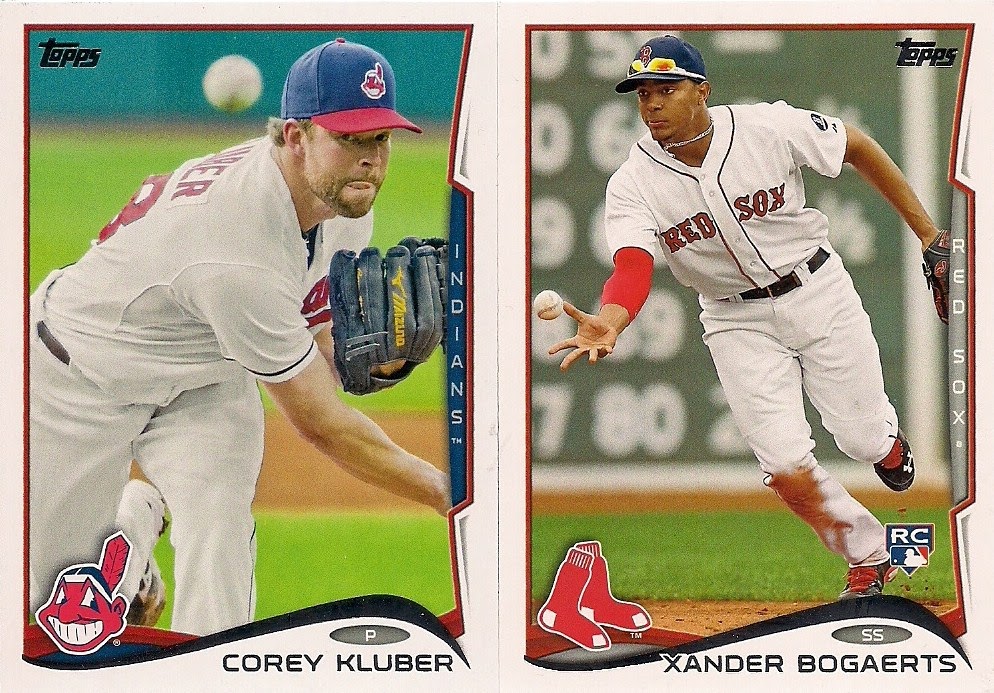 I pulled those out of my limited stack of 2014 Topps without even trying.

I feel somewhat cheated as a child, collecting in the '70s. Kids -- or whoever is collecting baseball cards now -- have it pretty good.

They've got balls in flight on their cards.

But at least I had cards made from real cardboard.

I am adding the rundown of "balls in flight" cards for the period that I researched. Perhaps I'll add to it later:

Stack22 said…
Jordan Pacheco is a legend in the State of New Mexico, and the Rockies really screwed up letting him go. A solid hitter who can play any position on the field, he's going to be a very nice pick-up for some team.
June 25, 2014 at 12:58 PM

Jamie Meyers said…
I take a lot of photos at minor league games. Certainly with the advent of digital photography, capturing the ball is a lot easier now, particularly for the pros with the cameras that can blast 30 frames per second or whatever crazy speed they can shoot with now. With film, it would almost be a lucky shot or a work of great skill. I wonder how many of those great photos from the 50's and 60's were actually still taken off videos. Film was not cheap, and one could have blown through a 24 or 36 shot roll quickly trying to capture perfect action shots. My favorite shots are ones that get the ball in the frame. Hard to stop the damn thing so that it's not a blur, though. Even at 1/1000th of a second it can be traveling so fast that it doesn't get frozen in the air.