I wish this was a night card but it's not, and other night card pickiness 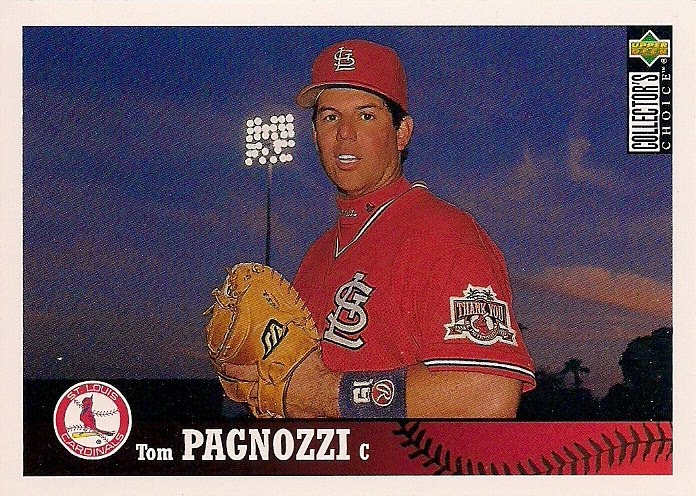 If you missed last night's post because of the problems with Blogger's reading list, you might want to wander down there for some quirkiness. I also added to the post at the end, by recording the total number of "balls in flight" for several sets. And I hope to add others.

I've received this particular card in well-meaning packages a few times now. I like it a lot. Who doesn't love a bank of illuminated lights? And the "thank you" on the jersey sleeve, well that could work for a variety of posts, and it just leaves a warm glow all over everything when you see it.

But it's not a night card.

You can see blue sky in the background. And clouds.

This is a dusk card. I don't collect dusk cards. I've gotta draw the line somewhere.

So are there other lines drawn in my random and arbitrary rules for night cards?

I'm glad you asked because I've been getting my share of cards lately that hover on the outer fringes of the night card kingdom in hopes of being let in the castle.

And I'm pulling up the drawbridge on them. 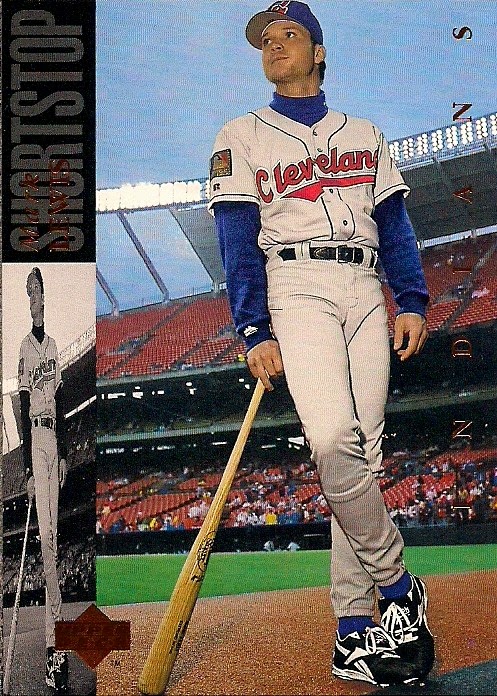 Somebody sent me this card recently. And by "somebody," I mean that's as far as I can narrow it down. They didn't leave a name on the return address label and the note said only this:

Yep. The lights are on. Nope, it doesn't count.

Sometimes I do think I should start a collection of Awesome Illuminated Lights cards. Then I remember what I have to go through to find cards for posts lately -- binder transferring, endless searching -- and the lights go out on that idea. 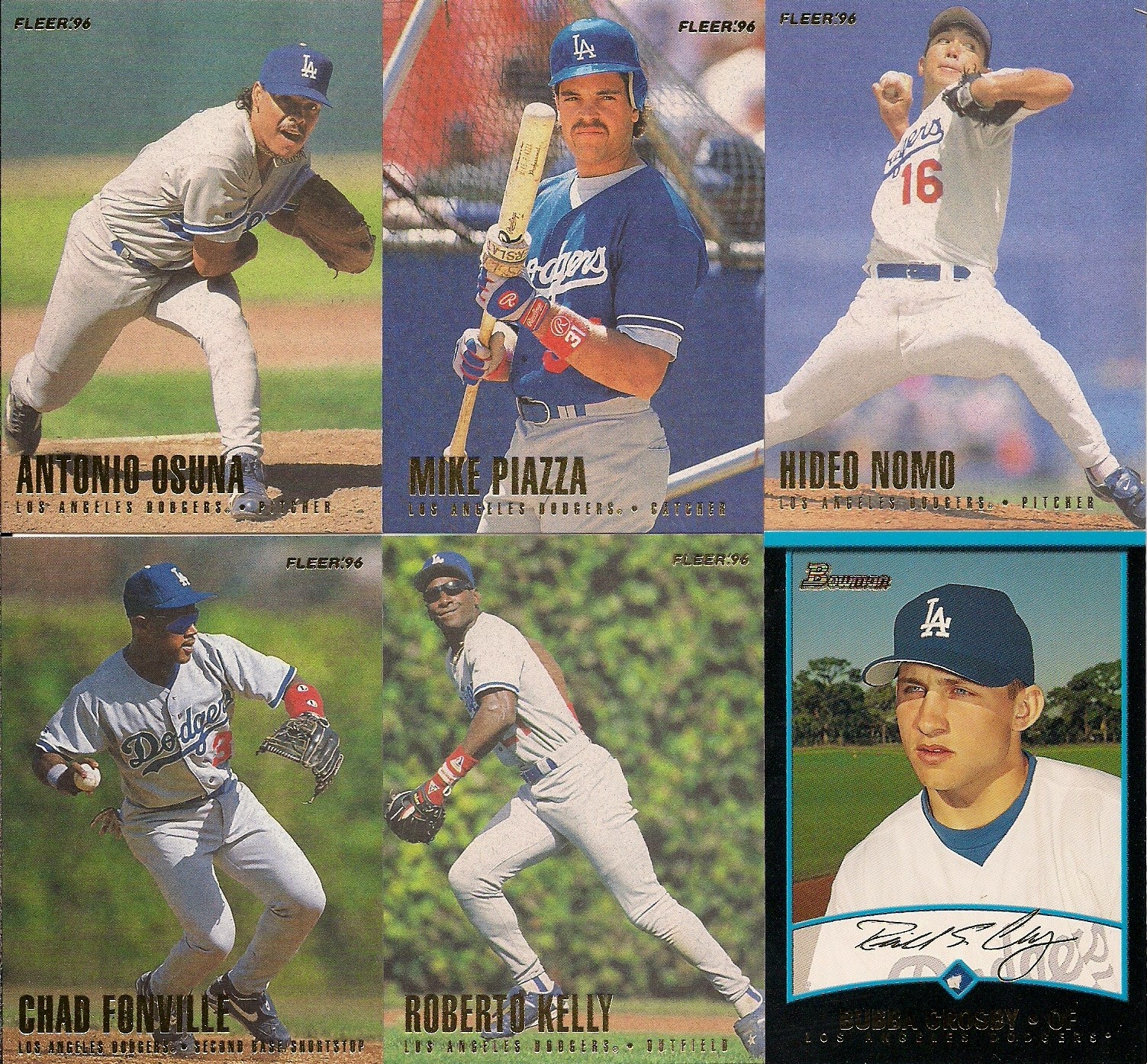 That's a bunch of 1996 Fleer needs along with one of those gold parallel Bowman cards from earlier this century that silly me has on his want list. 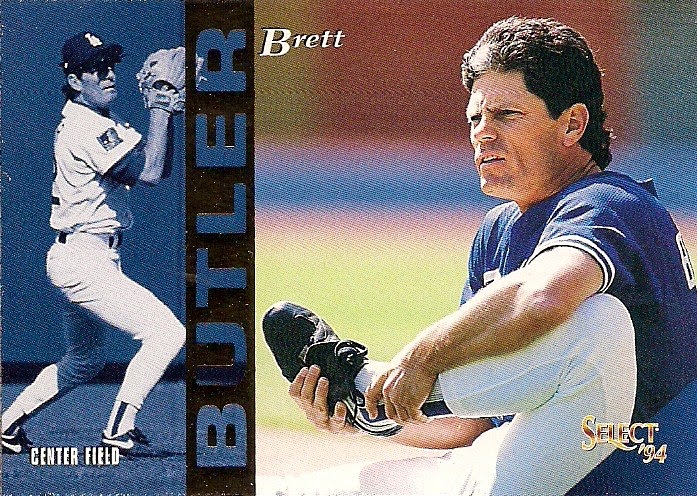 And this card completes the 1994 Select Dodger set for me. Please send me an email unnamed person so I can thank you and maybe send some cards. Sorry, night owl gets a little foggy and he's buried in cards. 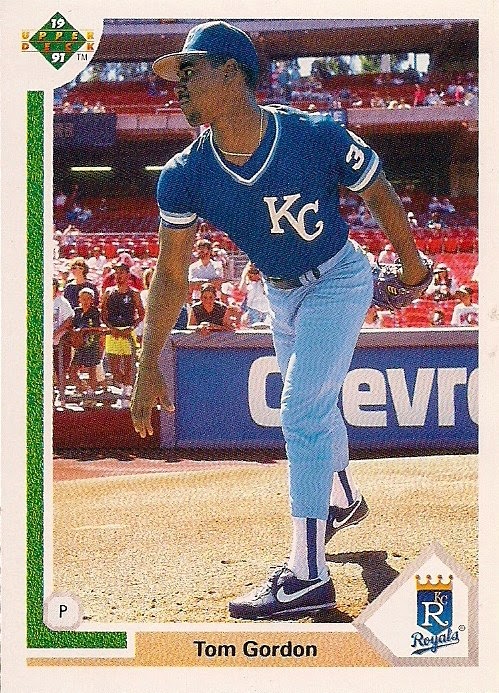 OK, nobody in their right mind would consider this a night card. But it was sent to me by Jeff of 2-by-3 Heroes with an accompanying note that says "Dig all those night cards."

He's referring to the card back. 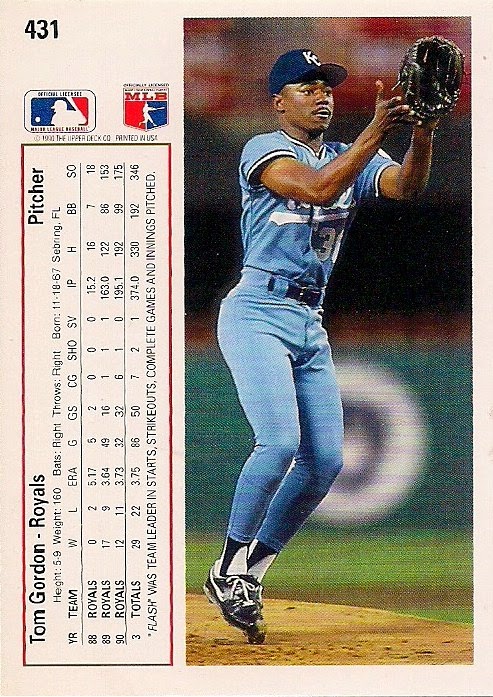 But that isn't good enough for the night card rules. I can't be displaying my night cards with the backs out. 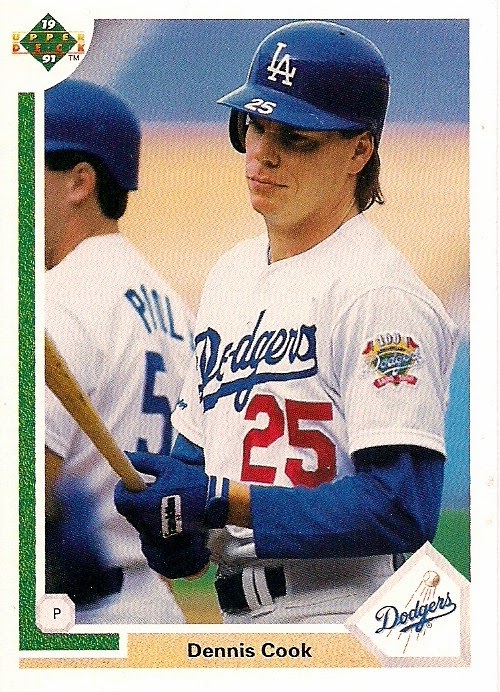 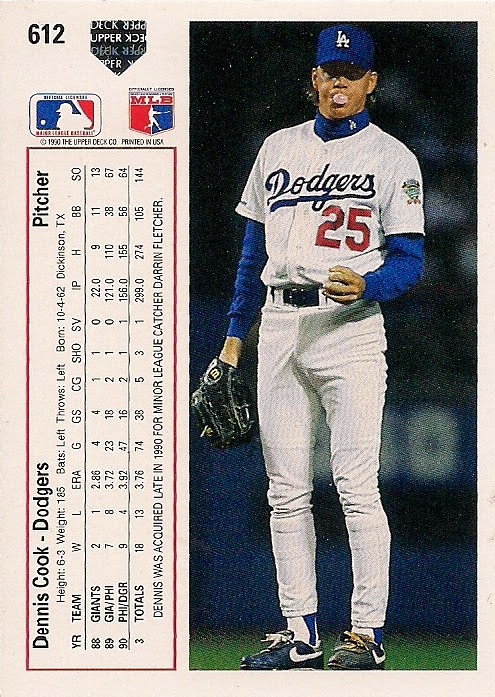 So this one doesn't count either.

However, Jeff did say "all," which implies "a bunch."

So here's a bunch more: 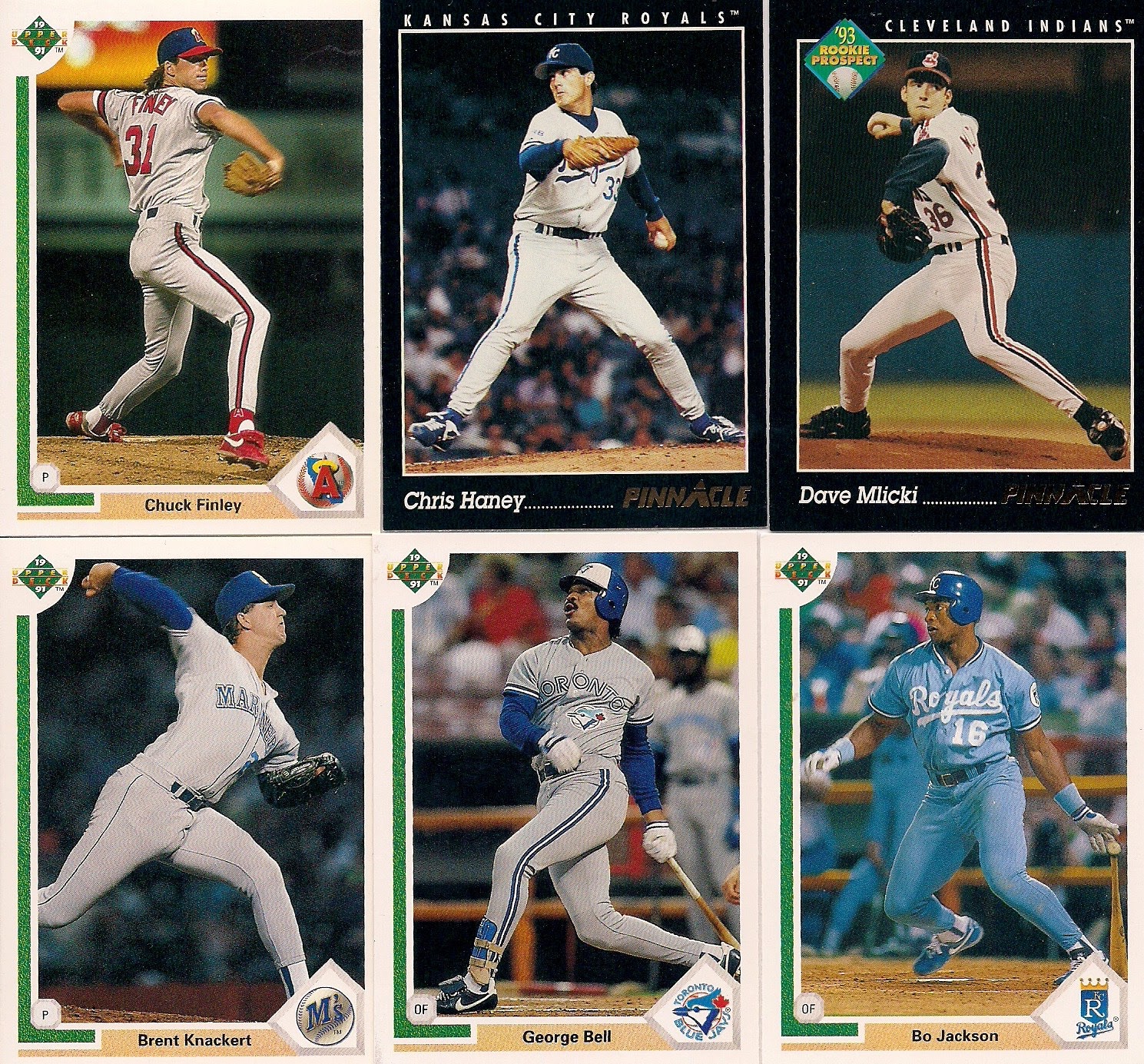 Those are all certified night cards. There are few beauties there, too. 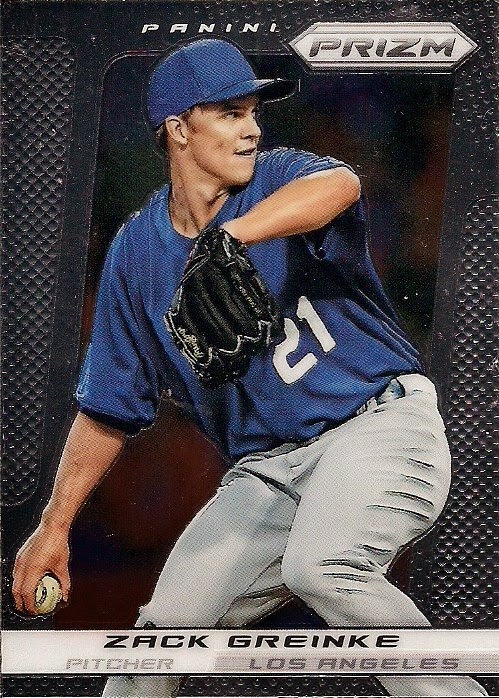 He also sent this 2013 Panini Prizm card that claims to show him in a Dodgers uniform.That looks much too much like a Royals uniform -- but we'll never know because of the glorious lack of logos.

Meanwhile, I also just received another big stack of night cards from my buddy Dave (wait until I show off that package hopefully next week, it's way too awesome). All of these are from this year's Bowman. 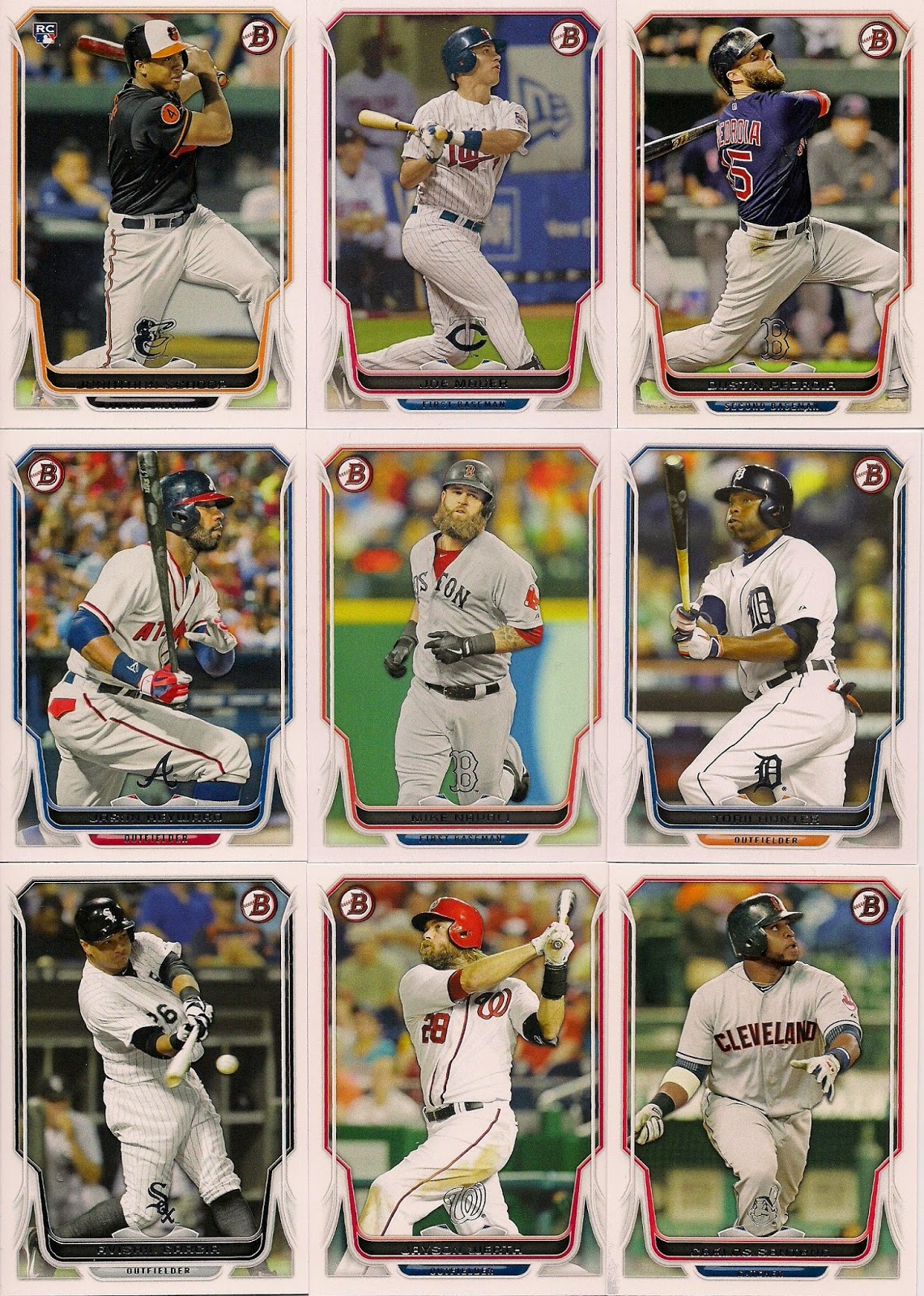 And that brings me to a change in my night card policy.

I used to save all the night cards I received to showcase on Awesome Night Card posts before throwing them in the night card binder.

But I'm getting backed up. There are so many night cards waiting to be featured on this blog and there's no way I'll get to them all. So I'm going to start putting them in the binder whether they've been showcased here or not.

Yes, I know your world has been turned upside down by this decision.

Please pull yourself together.

And know that I will happily take your night cards, even if you're not exactly sure what a night card is.

BASEBALL DAD said…
Since you are not doing "Awesome Illuminated Lights", could you put Mark Lewis in a pile for me please !? I have the electric diamond version but not the base. I got your last package, great cards. Need to do a post along with some others I received. I also found something for you I think is really cool. Do you drink coffee or hot tea ?
June 25, 2014 at 9:30 PM

acrackedbat said…
I'm unnamed in DFW, the night card failure. ;) Glad you rec'd the cards. Another very small selection mailed yesterday. Apparently in a shyer moment, I failed to leave my name and address. Cracked I am. Email forthcoming.
June 25, 2014 at 9:42 PM