One of these things is not like the others 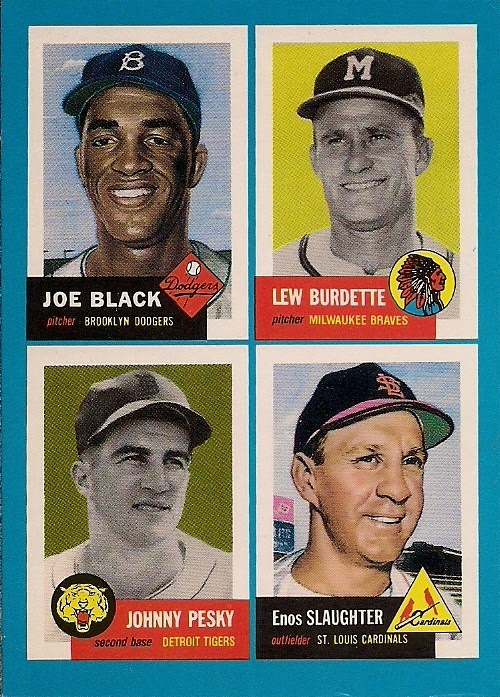 I'm a team collector. And that means I do things like this to myself. I put cards like this in my binders, which are supposed to be devoted to Dodgers and nothing else.

I reconcile the sight of Tigers and Braves and Cardinals appearing in my binder by blaming the card companies for their diabolical schemes in which they put players from opposing teams on the SAME CARD. It places the guilt on their shoulders and absolves me of my own guilt for having non-Dodgers enclosed in a binder of such honor.

But team collectors know this scenario well, and both I and they have written many posts about this particular predicament.

And that's why, in a matter of days, I received the above card from Max of Starting Nine, as well as this card ... 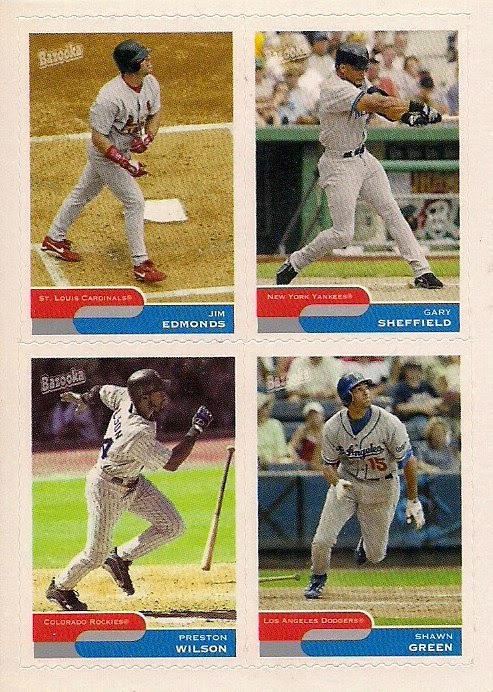 ... and then these two cards from Paul of Paul's Random Stuff ... 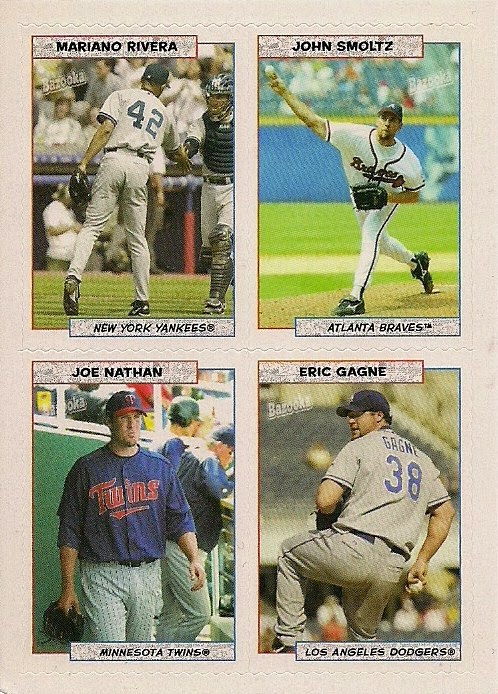 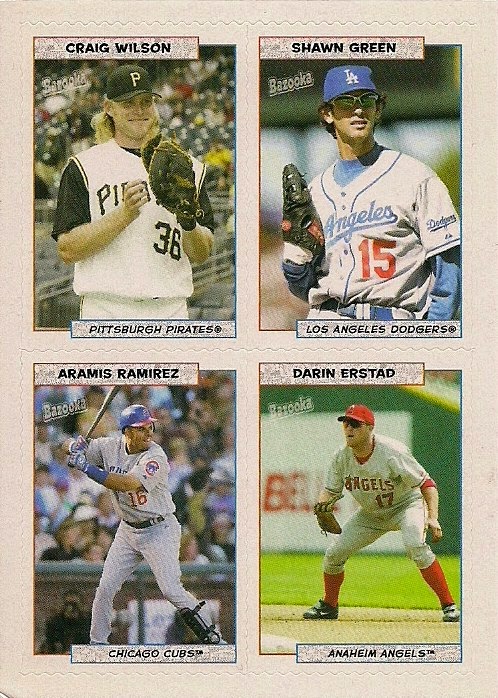 I'm telling you, Bazooka was evil.

But both Max and Paul know that being the completist that I am, I'm required to have these cards. Even if a Dodger player took up a tenth of the card, as long as his name and likeness and Dodger uniform are on the card, then it's "a Dodger card."

But I hate the fact that these cards are in my binders. I hate it.

Since most of the above cards are Bazooka, there is a way around this.

They're stickers. And I could just peel off Smoltz and Rivera and Erstad and stick them on whatever piece of useless item I own. Then I would have a card that was all Dodger, albeit with a lot of blank space surrounding him.

However, I can't bring myself to do this either. The same OCD that is forcing these cards into the binder is also preventing me from altering the card in such a manner.

That's what these "cards" do to me.

It's their fault, you know.

Mark Aubrey said…
You could start a new binder, one that contains cards (or stickers) of Dodgers with others. Problem solved.

defgav said…
You need to get dupes, then peel off the offending guys on the dupes, and put them in the binder over the intact version.. best of both worlds!
June 13, 2014 at 11:05 PM

The Junior Junkie said…
I'm that way with Griffeys. I recently found a McGwire with a Griffey cameo and didn't even think twice about keeping it. Then I reflected for several minutes about a McGwire card in the Griffey binder.