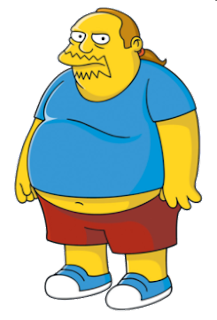 Yesterday I read It's Like Having My Own Card Shop explain the reasoning for his blog name. (He's having a contest, check it out). It was a tale of a glorious childhood in which there were five card shops within 10 minutes of his home.

He used to spend hours at the card shop. But later, as we've all experienced, life took over and the number of card shops dwindled, and now we're all online trying to recapture that local card shop experience.

Well, some of us are anyway.

I'm not, because I never had that card shop experience.

This is probably why I have had so much trouble with my current card shop in the past and with most card shops that I have encountered. But I know this is a very, very, very small sample size because quite honestly, I've never been in a situation that was described by Daniel in It's Like Having My Own Card Shop.

My childhood LCS experience was limited to one visit to one card shop.

I grew up in a small city about 3 hours from where I live now. As kids, a card shop wasn't even a thought. The corner store and the drug store in the strip mall were your outlets for baseball cards. My friends and the kids at school traded and displayed cards that they bought at Paul's Market or Rexall Drugs.

Later, when I was a little older and wiser about cards, I began to hear about a card shop in the next town over, Johnson City. My brother and I really wanted to get there, but neither of us drove and the next town over might as well have been Chicago for us.

Eventually, we convinced our dad to take a drive over there. He waited in the car while we went into the store. It was in a small, one-story nondescript building, connected to another store front that sold flowers or haircuts or, I don't know, there were baseball cards in the other store!!!!!!

We walked into the store, which was small inside, too (that means it must have been very, very small because you know how things seem bigger when you're a kid). I don't remember much except impressions.

The main overriding impression was that we weren't wanted there.

I remember the counter being very high up, it was up one level from where the customers stood. It was a long glass case, almost the entire length of the store, and we had to strain to see what was up on top of the counter -- lord knows we couldn't afford what was in the glass case.

I knew immediately that I couldn't buy anything and that packs seemed to be nonexistent (keep in mind this was probably somewhere in the late '70s, long before autographs, relics, refractors, etc.). The guy behind the counter seemed almost disgusted that we were there. This is why "comic book guy" on the Simpsons cracked me up from the instant he showed up on my TV (even though there were no comic books in the store), and why I know my experience is not unique.

My younger brother, though, was a little more daring and he asked about some card or another. It took awhile for him to get the guy's attention and when he finally did, the guy was dismissive during the entire transaction. I don't remember what my brother bought. I'm sure it was Red Sox-related.

After that, I never went into that card shop again. We would drive past it periodically and laugh about how we were treated. But there was always a little longing in those laughs. Years later, when I was going to a community college, I'd drive that way to school. I noticed that the building was painted a different color (it was purple) and the card shop wasn't there anymore.

That experience made me a little gun shy around card shops, and it's taken years to get rid of that feeling. It's a lot like being in a bar for the first time that is filled with regulars and trying to get the attention of the bartender for a drink.

During a visit to Buffalo a few years ago, I discovered there was a card shop not far from where I was. I made the drive over and it was filled with cardboard glory. Cards everywhere. Disorganized, sure. But almost everything you could want. "THIS," I thought. "Must be what people are talking about."

The owner was pretty young and extremely helpful. I got the impression that he was desperately trying to compete with Dave and Adam's Card World, which you all know and which is based in Buffalo with a number of "brick-and-mortar" stores in the area.

Unfortunately, I've never gone back. My trips to Buffalo are packed and it's hard to get away to places like that. I hope it's still there. But I doubt it is.

The card shop in my town, which I've addressed many times, is a shell of what it once was, and even that wasn't great. I always felt like an outsider when I walked in there and talked to people, and I always felt like they were trying to get me to buy something more expensive than what I wanted.

I know there are nice card shops out there. I read about them almost every day on the blogs. But basically the best time I've ever had with cards was not in a card shop. It was here.

So here are a couple of items that Weston of Fantastic Catch sent me: 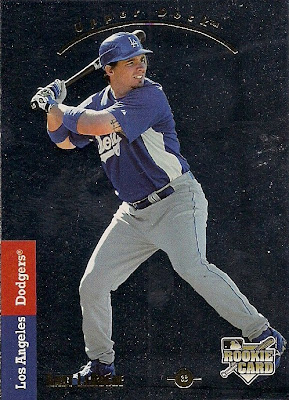 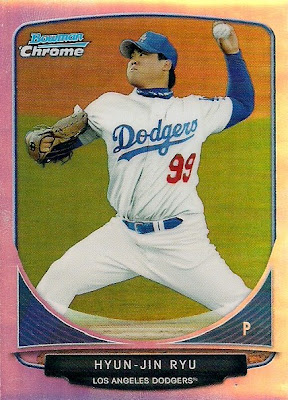 You guys are my card shop.

And most of you are a lot friendlier than that guy in the store in Johnson City. And comic book guy.

JediJeff said…
"Most of you are a lot friendlier than that guy....." I wonder who are the few that are not friendlier?

View From the Skybox said…
What's sad is that mentality still reigns among some collectors. I was at my LCS earlier this summer, which is connected to a family entertainment type place. The owner is a really nice guy who I enjoy talking with. I was browsing when a couple kids walked in, both probably around 10. This made me smile because they reminded me of myself. Both seemed like good kids and this was obviously their first time in the store. When the owner looked up he barked at the kids to get out unless they have their parents with them. This totally took me by surprise. What were they going to do? Rob his dimebox? Get fingerprints on his glass cases?

I was pretty pissed off so I thought it over a bit and left without buying something for the first time. I'm sure he didn't connect the dots, but there's no way I was supporting someone like that. For every card shop owner like that, they deserve to go out of business. They're spoiled now by the money that comes in off their $200 high end packs and overpriced supplies, but sooner than later that market will go dry. Ten years down the road he'll be expecting those kids to pay his bills and they won't give two shits about cards.
August 31, 2013 at 8:48 PM

BaseSetCalling said…
I'm pretty sure that if I had ever found a card shop when I was building 70s and 80s sets as they came out every summer, or a 'show', my little kid head would have simply exploded in awe. "Card Shop" = that one drugstore that obviously liked stocking tons of wax, cellos, and rack packs.
August 31, 2013 at 11:22 PM

Play at the Plate said…
I didn't see my first card shop until I was about 15. It was total sensory overload. I had about $20 to spend and my dad chipped in a bit more when I couldn't decide what to put back.
That shop was in North Dallas, but it's not there anymore.
September 3, 2013 at 3:31 AM

Swing And A Pop-up said…
I have two shops close to me (I know, I'm spoiled), and both places greet you when you come in the store. However, shows are a different story. I often have an extremely difficult time getting a dealers attention...unless of course, I bring my wife with me.
September 3, 2013 at 11:57 PM