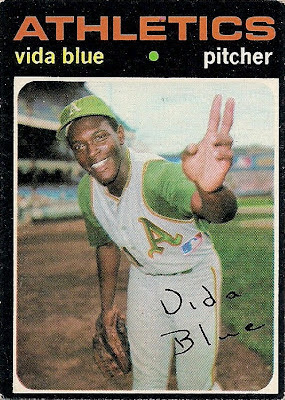 The last couple of Cardboard Appreciation vote-off posts, I've tried to cover some things that have affected me in the hobby that might not necessarily deserve their own post.

But I can't come up with anything this time. I just looked through all of my Allen & Ginter cards -- all two rack packs and a loose pack -- and found nothing. No hits, no blank backs, no different-color printing, no 1/1 cards hidden in the decoys, nothing.

Life's pretty dull when your budget for cards is down to "hey, is that a quarter in my pock --- ah, phooey, just a nickle."

But I'll try to spice things up by telling you in two weeks we'll have a third entrant into the Cardboard Appreciation Hall Of Fame!!!!

Allen & Ginter comes around every year, but there's no guarantee a card gets honored with CAHOF induction every year.

It's very possible that rookie Vida up there will be the third inductee. He won pretty handily this past week to become one of the finalists. I thought the '78 Len Randle card would give him a battle, but it turns out nothing could compare to peaceable Blue.

Frank Robinson's whitewash jersey card even snuck in over Randle. I guess that's what happens when you beat up your manager.

So, let's see who will face Blue in the finale: 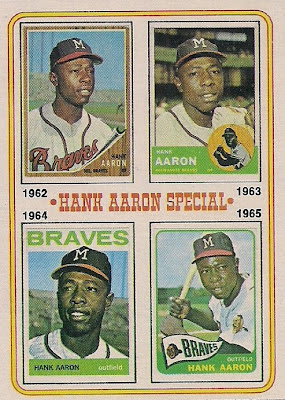 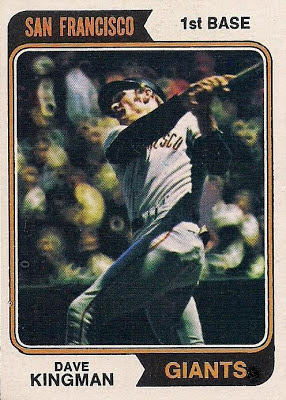 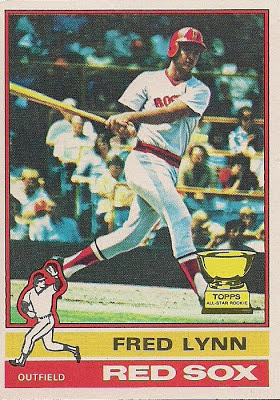 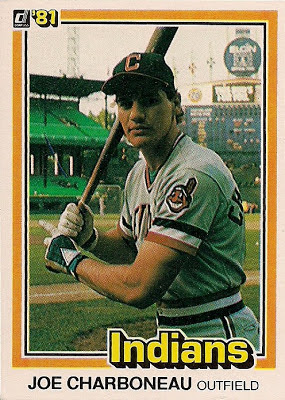 If you could be so kind to vote on the snazzy-colored sidebar at right, I'd appreciate it. But please choose carefully.

And please don't cut up this post. There is no card hidden inside.

runfore!kelloggs baseball cards said…
Those were some tough choices. I stuck with the Fred Lynn. I've always loved the trophy cards.
August 12, 2013 at 9:30 PM

petethan said…
Tough luck with the Ginter. With all them wacky parallels and subsets and such, you'd think it would be hard to strike out. It takes a certain kind of luck, like not picking any of the numbers in kino...
August 13, 2013 at 12:01 AM