1. Construction
2. A red stoplight
3. Fallen tree limbs
4. An auto accident
5. A crossing guard
6. Ducks in the road
7. A boy chasing a ball
8. A funeral procession
9. An attractive woman 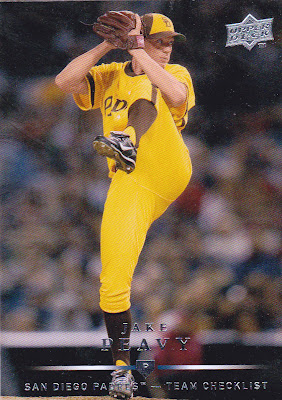 The uniform Jake Peavy is wearing is a tribute to the regular San Diego uniforms worn in 1972 and 1973. I suspect famed McDonald's owner Ray Kroc was the mad genius behind these things, and I wish they'd bring them back full-time. It'd be a true style-over-substance move. But the Padres don't have any substance. At least they'd have style.

This card was sent to me by spiegel. He always throws in some night cards into his card packages that are generally dominated by Dodgers.

This package happened to have a variety of items, including some notable late-'70s vintage. 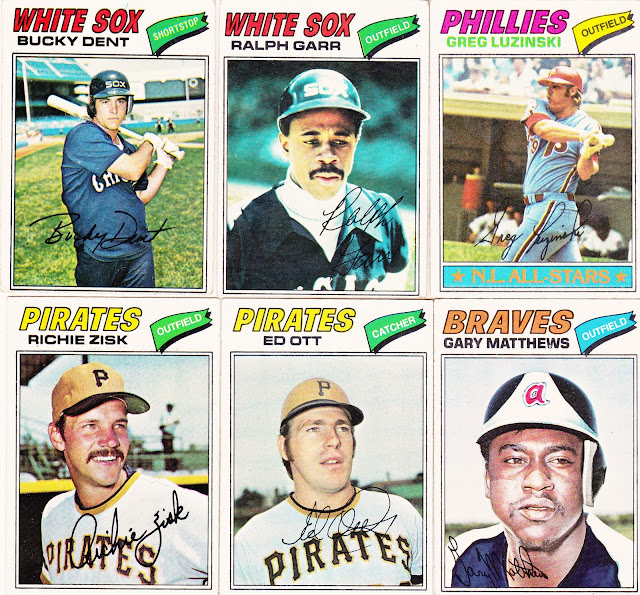 All of these were most-needed for my non-existent '77 Topps want list (I'll get it up there someday. I promise!)

The Greg Luzinski card is the only dupe, but my old Luzinski is a holdover from the days I stored it in my desk when I was in sixth grade. This is a massive upgrade.

There were a few other '77s, but I got distracted by this: 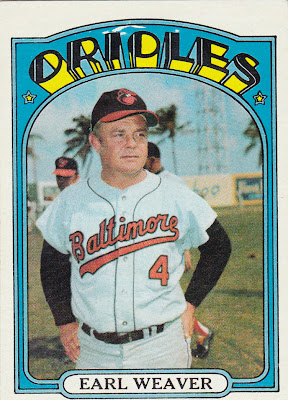 Why it's the Earl of Baltimore on a '72 Topps card that I need! Earl always looked so cranky when I was watching him on TV. I never realized until later that he could smile. 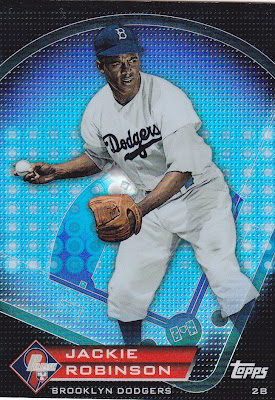 All right, you want to see some of those Dodgers I alluded to, don't you? I'll start with the best one. This is the Jackie Robinson card from that Prime 9 redemption thingy. It's also about the 47th different Jackie Robinson card that Topps has put out this year. I don't understand how someone who has not walked this earth in 40 years can have more cards in 2011 than guys actually playing major league ball. 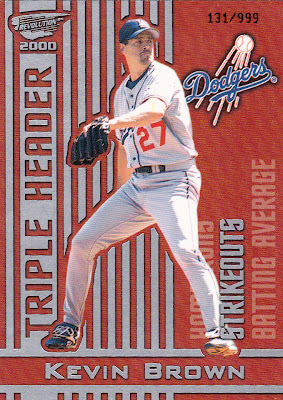 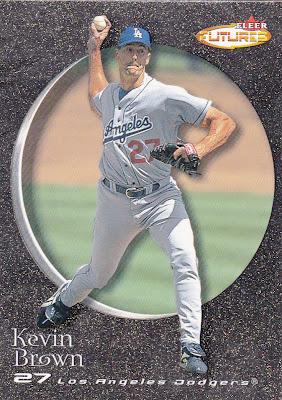 Spiegel likes sending me cards of Kevin Brown. I'm convinced he doesn't even find these for himself. He's probably just ridding his collection of Brown's cards. Completely understandable. Although both of these cards are nifty numbered items. 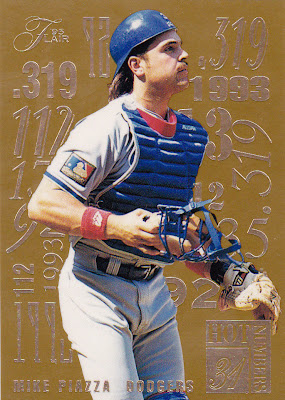 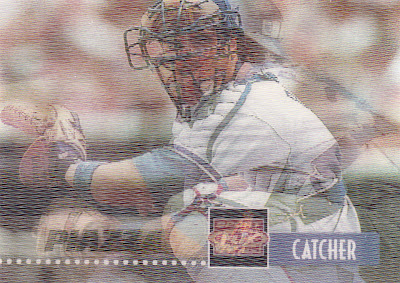 Piazza cards are preferable. Even though I don't actively collect Mike Piazza -- in other words, I don't really seek out his cards -- I could have more of his cards than even Hideo Nomo. I haven't counted. Wouldn't that be something? I could accumulate more cards of one player without even trying. 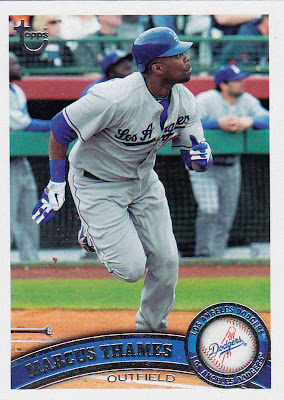 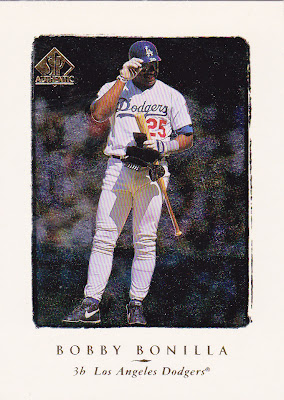 Bobby Bo really played for the Dodgers. Yeah, I block it out, too. 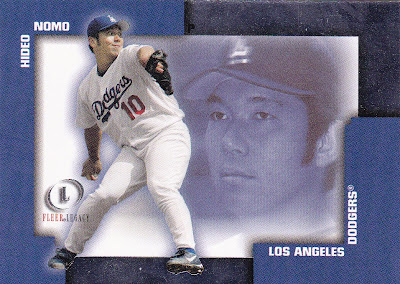 There's a Nomo card! This is card No. 338 in the collection. A pretty nice one.

Speaking of stopping traffic, Nomo could do it with his pitching delivery. He didn't need no banana suit.

Spiegel83 said…
Thanks for the cool write up. I'll try to get more 70s cards for you.