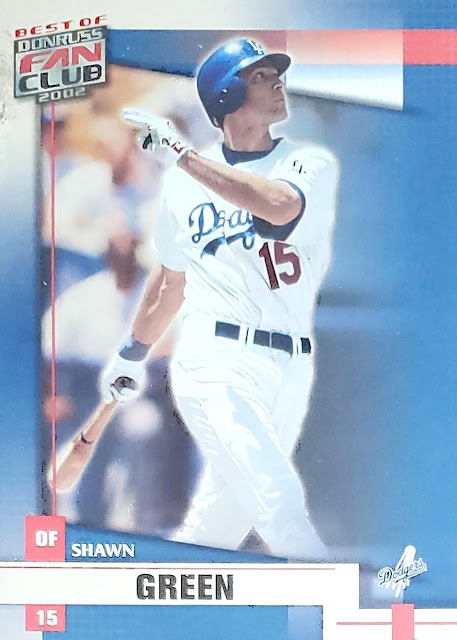 It seems like I've been publishing a lot of "look what I got" posts lately.
Time issues have something to do with that, but also I'm working on a couple of blog post projects that have involved a lot of effort and none of them are ready yet.
I hope to have one or two up this week (just in time for people to go on vacation and not read them), but right now it's another look at some cards sent to me by another kind collector.
Jim of cards as I see them sent me a few cards that I claimed on one of his "almost free" posts, and then he added a smattering of other cards that I never would've seen if I didn't have a card blog.
Let's see the "more common" cards first: 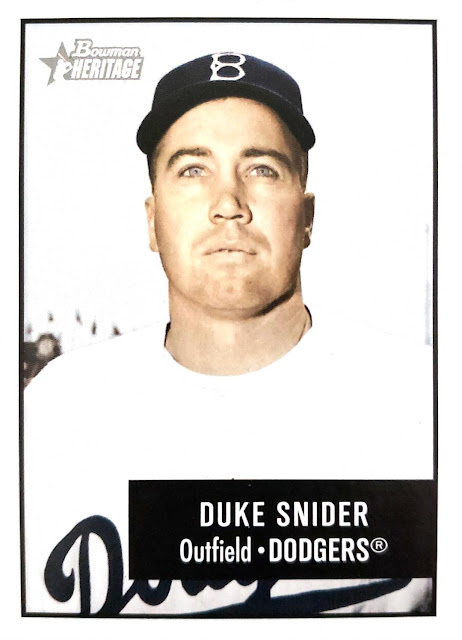 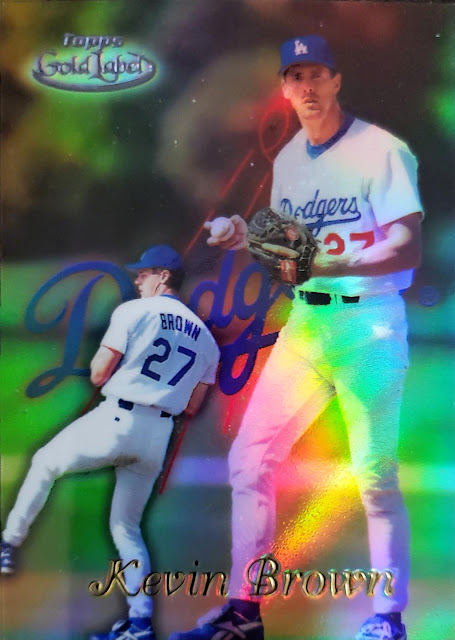 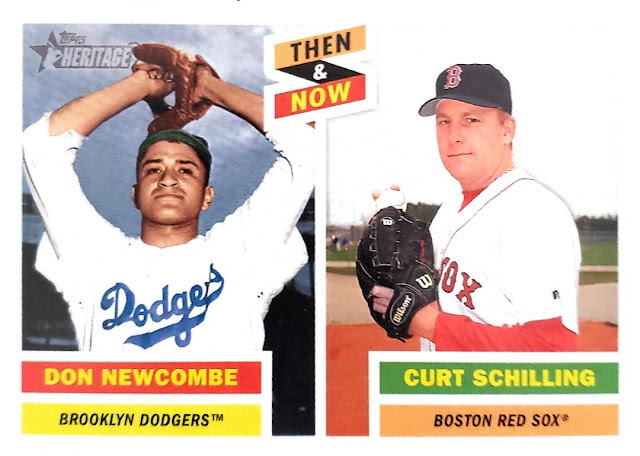 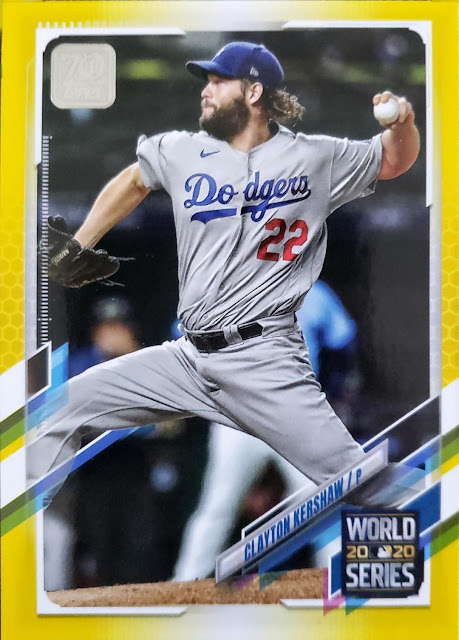 These four, along with the "Best Of Fan Club" Shawn Green card at the top, were all needs and therefore Jim's "almost free" sessions are the best for my money. All those Dodgers I don't have? Heck it's like shopping on ebay, except I pay in cards.
The Bowman Heritage Snider is something I've never seen before; the Brown Gold Label is some class or another, I'll figure it out later; the Then & Now has a guy on it that I wish wasn't; and the Kershaw is my second color-bordered parallel of that card in as many posts!
I was informed that the blue parallel was a Walmart exclusive. I didn't know they were still doing that with Topps parallels. Then again, there hasn't been cards in my Walmart for months so I am way out of the loop (I just discovered today that the store has moved the so-called "card section" to its own little island away from the registers, which I would appreciate -- if cards ever showed up there).
OK, now for the other cards that you don't see just anywhere: 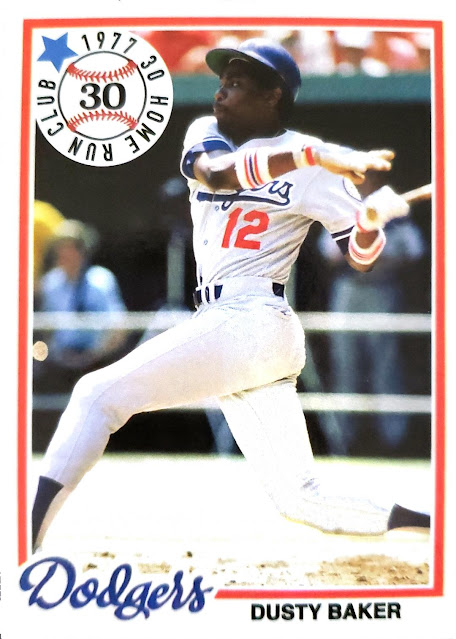 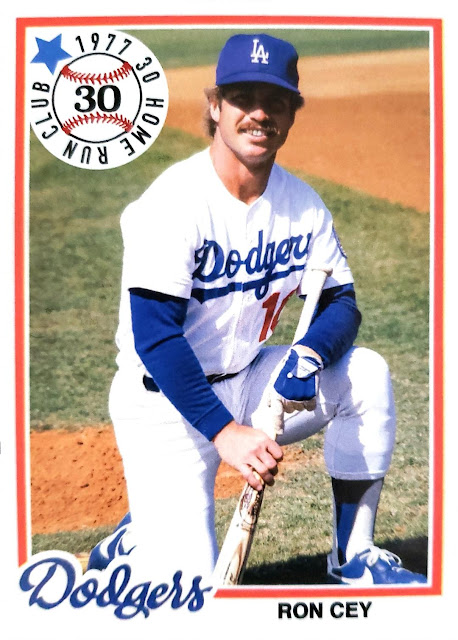 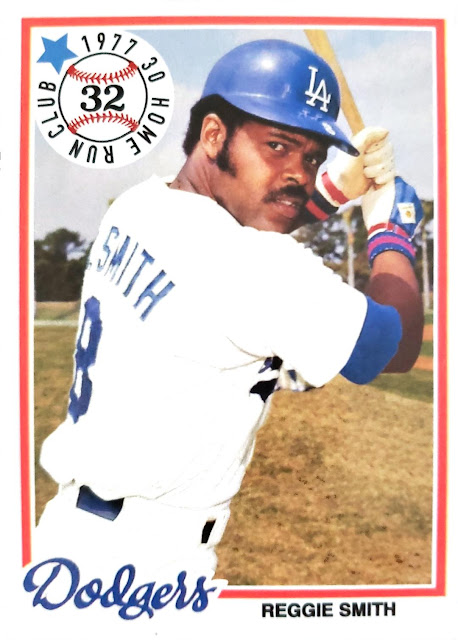 These are from one of the more recent sets created by noted '70s lover and custom-card creator Gio of When Topps Had (Base)Balls. I have a few of his cards and, of course, these are must-haves as representatives of my favorite period of Dodgers baseball.
The three cards represent three of the individuals who helped the Dodgers become the first team to have four players reach 30 home runs in a season. It was a major accomplishment, achieved, no less, in the rather home run-unfriendly era of the '70s. It's been noted in a previous Withballs card, which I also own and have shown before. 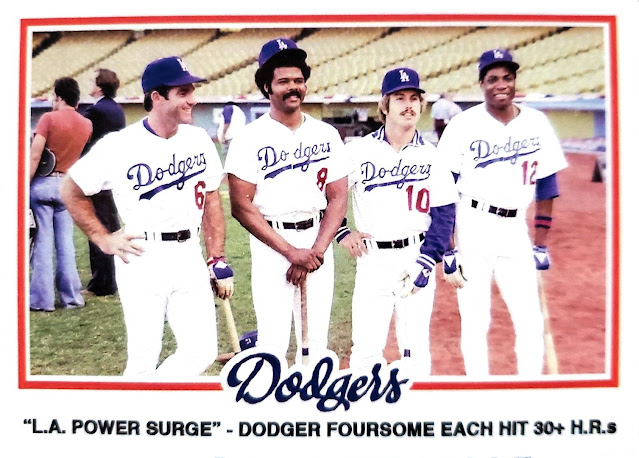 Good stuff.
You eagle-eyed Dodgers fans will notice that one of the players in the above photo is not represented with an individual card on this post.
Noted Garvey fan that Jim is, my guess is he had the above three players to spare after acquiring a second set from Gio to put the Garvey in a separate collection? I probably should see about getting that Garvey but I'm not in a hurry because, honestly, Garvey was always my least favorite of the four.
Meanwhile, I have another Cey for my collection! Woo!
OK, that's all I've got for you.
I'd show you all the research that I've been working on. I just did some of it earlier today. Papers and papers everywhere. But I'd give away the surprise with a picture.
So you'll just have to take my word for it.

Billy Kingsley said…
The Gold Label looks like it might be a Black Label parallel to boot. I loved the NBA version of that set when it was new and I still do actually.
November 22, 2021 at 8:02 PM

Fuji said…
The Walmarts in my area haven't sold cards in years. I was told by one employee that they were getting stolen too frequently.