Are you amused like me when an ebay seller throws some extra cards in with you order and tries to guess your interests by what you ordered?
It doesn't happen a lot for me. For whatever reason, very few of the people I order from add extra cards. But a recent shipment of four 1976 Hostess needs did.
Three of the cards I ordered happened to be White Sox. 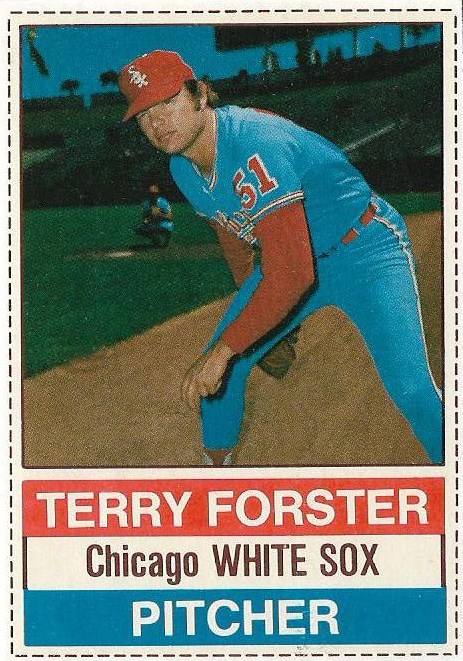 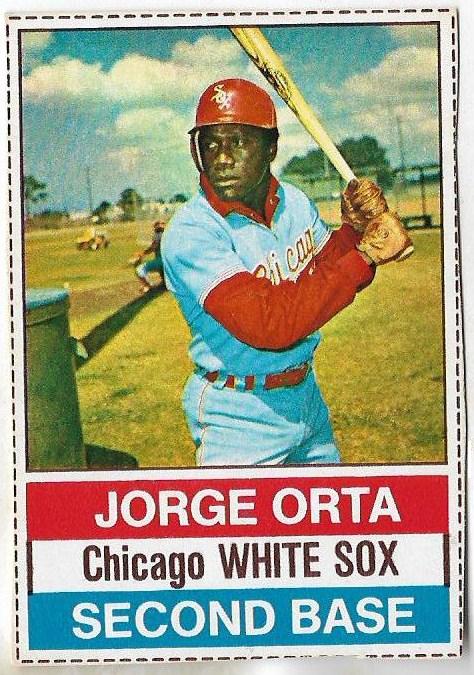 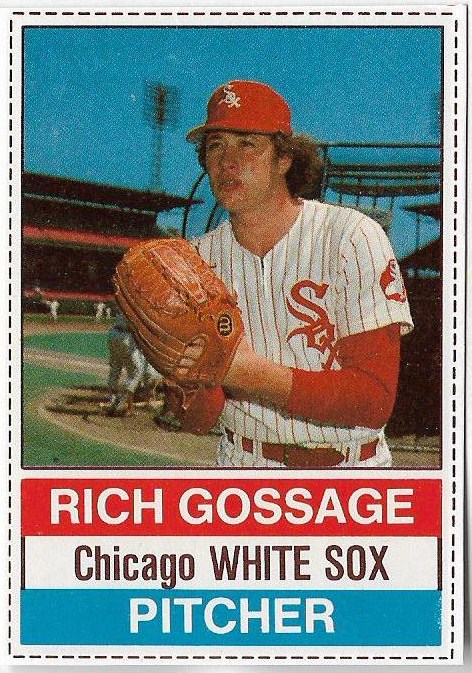 I didn't plan it that way. Each was ordered for a very specific reason, but the White Sox uniform wasn't one of them.
For Terry Forster, I was upgrading my previous version of the card. For Jorge Orta, it is a short-print in the set and I nab those as quickly as I find them. For Rich Gossage, he's one of the more expensive cards in the set, so let's get that out of the way.
I know those three cards ordered together makes me look like a White Sox team collector to someone from the outside. But the closest I've come to having an interest in the White Sox is when they were the parent club for the Buffalo Bisons back in the late '80s because all their gear was White Sox-themed. Oh, and I drove past Comiskey Park once and wished I could've stopped for a game.
That's it. Yet, all of the above was good enough for the seller to throw in these: 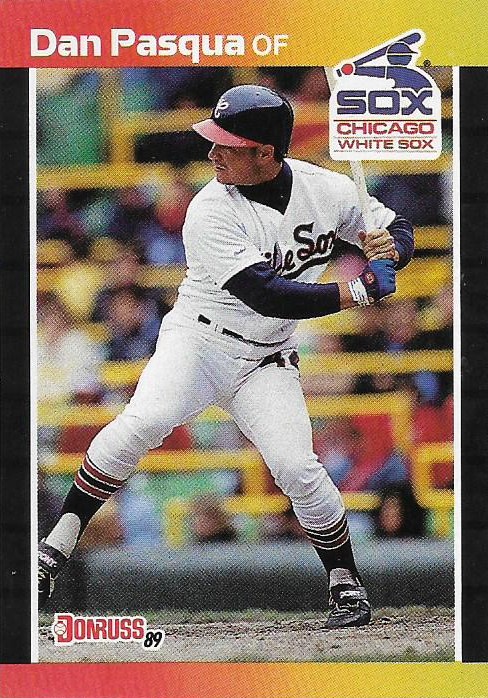 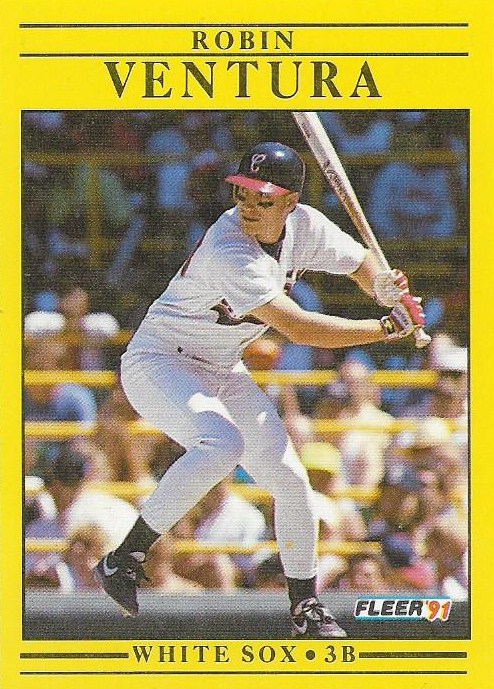 Weee. Junk wax.
But cards I don't have are cards I need. And I like '89 Donruss (shhh, it's a secret). However, the Pasqua is a dupe and the Ventura card is a need, which of course it is because '91 Fleer is still awful.
The fourth card from my Hostess order was this card: 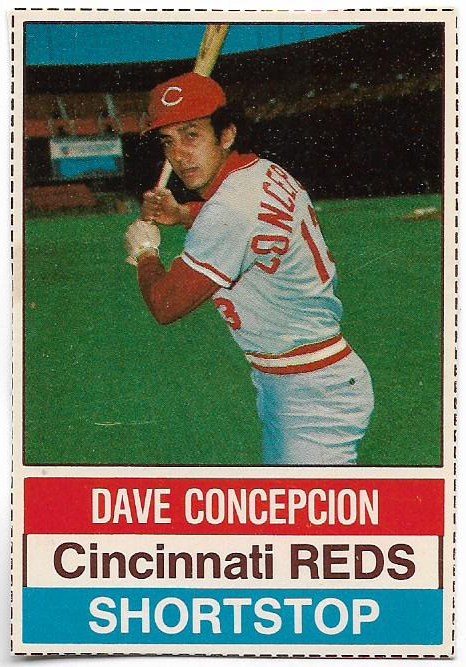 I'm sure the ebay seller was baffled by this one. Where is the connection to the White Sox?
The best I can tell you is Concepcion wore No. 13 in honor of former White Sox shortstop Luis Aparicio.
I guess it's too much to ask for an Aparicio card to be thrown in.
Anybody remember the best throw-in they received from an ebay order?

Nick Vossbrink said…
I've gotten extra autographs before. Made a purchase of a dozen cheap (sub-$5) Giants autos and got like 20 cards in the package. I thought I'd screwed something up and ordered more than I planned.
May 17, 2021 at 7:26 PM

Peter K Steinberg said…
Nice new cards. You might be able to flip that Pasqua for like $1200 if you market it correctly. I'm not sure about throw-in cards. Maybe I've gotten some? IF I have they've long since been given away.
May 17, 2021 at 7:31 PM

Jeremya1um said…
I got a bunch of 2012/2013 Topps Walmart (or was it Target?) Blue cards and some team USA Jim Abbott’s from some Panini set. The Blues were I think of just 1 guy (Brett Anderson), but the good news was that I had like 2 or 3 copies, and it showed him tipping his cap, and he was a Rockie. I ended up sending a copy of the Anderson to Nick for his hat tip collection and I believe I sent one to Adam for his Rockies collection. There are also a few Jim Abbott collectors, so I was able to use those extras in trades as well. Usually if it’s a newer card and it’s not someone like a Marlin or Ranger or something it’s pretty easy to find someone who collects a team that you don’t.
May 17, 2021 at 7:47 PM

Nick said…
I still haven't received any throw-ins an an eBay order, but a guy I ordered from on Sportlots threw in a few free 2005 Topps singles for me. Nothing special, but always warms my heart to see free cards.
May 17, 2021 at 8:22 PM

Old Cards said…
Nice Hostess cards. I have received extra cards from the late 80's and 90's with my eBay orders on occasion, but I just considered them part of the packing. Went to a game at Comiskey Park several years ago while on a business trip. The game experience was great, but the taxi driver complained about the drive all the way to the park and demanded a big tip.
May 17, 2021 at 9:23 PM

Johnnys Trading Spot said…
I get extras every now & again, usually filler to "protect" the cards on both ends. I posted recently about some very sweet throw ins. Maybe a week or two ago.
May 17, 2021 at 10:41 PM

bryan was here said…
There is one seller on the Bay I buy from and they like to throw in entire sets (small insert sets, natch) but I got a '99 UD Retro Hockey insert set and the Adam Oates insert set from '93 Fleer Ultra hockey, which I was about to put together anyway!

There also are a few sellers on Sportlots who like to throw in cards. Usually it's stuff I have already, but every so often I get a surprise.
May 18, 2021 at 12:34 AM

Billy Kingsley said…
A couple years back I bought a single NBA card...I no longer remember which one...and the seller used 4 high end football cards as protection. I was surprised by that, and they remain part of my collection to this day. Even though I don't do football I will take any card that shows up.
May 18, 2021 at 3:15 AM

John Collins said…
You never know what you are going to get with throw-in, or “protector” cards added to surround whatever it was that you actually paid for. A seller about a month ago on a Heritage Soto RC padded the toploader with some Topps Chrome cards of Freddie Freeman, Buster Posey, and a few others. As someone who traditionally has thumbed my nose at “UV” cards (I’m probably a 90% vintage guy…) I was surprised at how much I liked them and have to admit I will probably be looking to add a few more chrome type cards here in the coming weeks.
May 18, 2021 at 1:26 PM

Fuji said…
eBay freebies are always nice... even when they're from the Junk Wax Era. I think I enjoy them so much, because it's a nice surprise. Actually... I need to start tossing them into my eBay sales.

As for your question... I was going to say a 2016 Bowman (1st Bowman) Refractor of Yoan Moncada... but after checking my blog, it wasn't exactly the same kind of freebie as yours. It was an eBay freebie... but it wasn't tossed in with a purchase. It was sent to me because the gentleman didn't have the cards he sold to me, so he refunded my money and sent the Moncada as a free gift.
May 19, 2021 at 8:12 AM