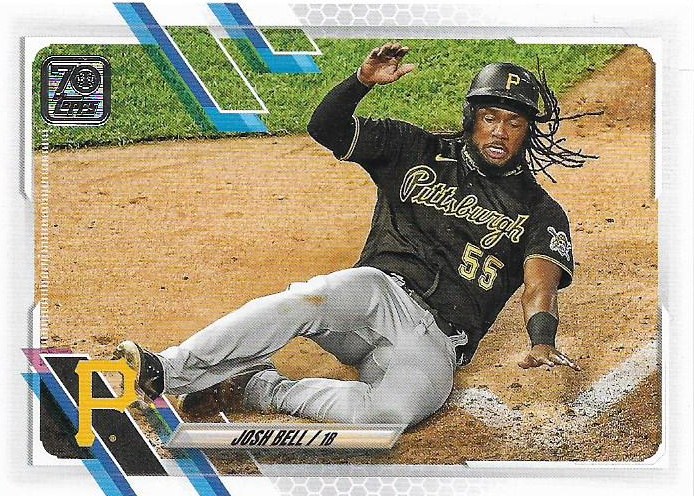 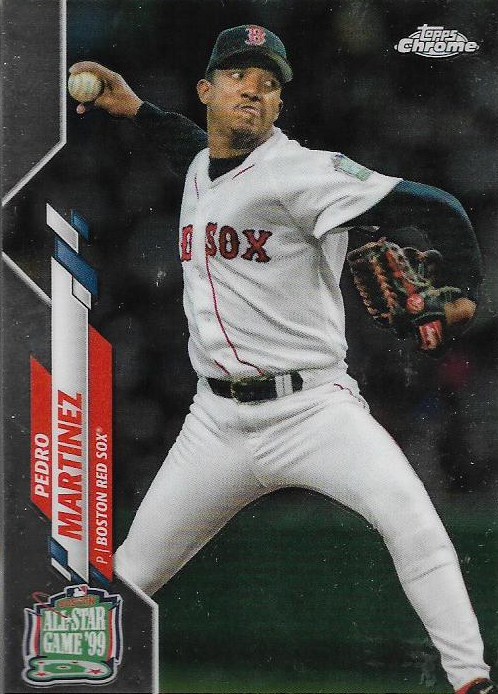 The last cards I bought off a Target shelf before I found the 2021 Series 1 cards was a box of 2020 Topps Chrome Update that I was startled to see. But in a reflection of how much card buying has changed for me and how the blog has changed, I never bothered to show off these cards. I didn't have anything to say about them. 2010 night owl can't imagine such a thing.
Some people think this is the end of retail card sales. I don't. Sure, more cards will be sold online in the future. But this flippers mentality won't last (taking cards out of stores will help) and we will return to the days of people laughing at us for playing in a kids' hobby again. Cards have been sold in stores for nearly a century. Give it a couple years or more but it will happen again and the cards will come back to stores.
Just like the junk wax era that we laugh about now, we'll laugh about this.
But I still won't be laughing about how people think it's OK to brawl in public over a trivial thing like cards. It's a shame we can't buy cards in Target anymore. It's more of a shame that people behave like this.
Be kind to your fellow human being.
It's our only hope.

Jeff B - Wax Pack Wonders said…
It is disappointing that cards aren't more widely available. Target's announcement makes that problem even worse. Wish I could still go to a gas station and get cards.
May 13, 2021 at 7:06 PM

Zippy Zappy said…
Great post (I like the raised in barns tag you made just for this lol). I agree with a lot of the points you made, and while I know that this insanity won't go on forever (the bubble will burst and Rome will fall), I do wonder if this hobby (and honestly a lot of niche hobbies) are doomed to this cycle of just people thinking they're valuable every few decades. It's like engrained in our culture and psyche when this stuff supposedly has value when a lot of the time it shouldn't and doesn't.
May 13, 2021 at 7:19 PM

John Bateman said…
Its funny 2-3 years ago - I thought they would stop carrying card because they were not moving the product. They were selling blaster from the year before for 1/2 off all the time. Blasters and Factory sets would sit there until they were put on sale. This is a crazy time
May 13, 2021 at 7:49 PM

simpson said…
well said. the bubble will burst, of course, but goddamn why can't we consider our fellow human beings?
May 13, 2021 at 9:20 PM

Swing And A Pop-up said…
Fortunately I haven't had to witness any of this idiocy...just the empty shelves. My only interaction with a flipper has been being asked outside my LCS to buy a box of Magic cards because he had reached his limit of 1. I declined.
May 13, 2021 at 9:22 PM

Tom Robak said…
Well said, the current situation is deplorable. I had seen the article that Target was backing down on selling cards and about unruly behavior but not guns. I think that the problem is both not enough product to go around and too many different products. I can’t keep track of them all, I stopped collecting for sets a decade ago. My collection is autographs, so I only buy singles to get signed. Maybe someday we’ll laugh about the current mess, but that won’t be any time soon.
May 13, 2021 at 9:56 PM

Nick Vossbrink said…
Yup agreed with everything you said. Card companies have been fine-tuning the product this direction for decades as has retail in general. Was totally going to happen at some point…
May 13, 2021 at 10:35 PM

Jafronius said…
Went to the Target close to work last night and saw the sign. They also have the checkouts programmed for only 1 pack per transaction, so I chose the $10 Heritage hanger box over the $1 Opening Day pack. I read up on the policy overnight. It's real sad it came to this and it's the whole "one bad apple" mentality. I wonder if the other retailers, including Walgreens, will follow suit. And when this is over, we may all look back, I won't be laughing.
May 14, 2021 at 8:49 AM

Matt said…
As always a well thought out and well written post. I'm going to miss those casual walks by the card isle at Wal-mart and Target. Those packs were my reintroduction to the hobby, and there isn't anything quite like opening a pack and not knowing what you'll find.
May 14, 2021 at 10:47 AM

GCA said…
I'm all for capitalism and everything, and the manufacturers and stores have to do what they have to do, but otherwise, when it's just about money, you know it's doomed.
When people say it's a problem "in the hobby", I don't think that's quite accurate. It's really an invasion of the hobby by outside people trying to make a quick buck who have no other attachment to the products. The "hobby" should just be people who like cards and appreciate the nostalgia and fan connections to the game that they inspire. These other selfish pigs are just getting in the way of real collectors enjoying cards for what they should be. And look where it got them... Thanks for screwing up our hobby, you scumbag jerks.
May 14, 2021 at 10:57 AM

Jeremy said…
I worked in retail management for years. I predicted Target's decision ages ago. I'm a card collector, and if I managed a retail store, I absolutely, 100% would never, ever, ever want trading cards sold in my store, ever. The margins are low and the theft is high, and customer problems are even higher. Never, ever, ever, ever. I can't imagine Target's operations division wants anywhere near these products again.

In my mind, the issue is the boom compared to scarcity. I think the scarcity is artificially created by the leagues and player associations limiting the amount of brands that can be produced and giving out exclusive licenses. It seems to me this was the case because of the bust in the nineties due to overproduction. I think they can lift some of the exclusives, and allow more licenses. For instance, MLB could allow Panini a license. NBA could certainly give Topps or Upper Deck a license, as Panini is clearly unable to keep up with demand of basketball cards. There can still be limitations on the number of brands made, but it's possible at this point to start opening up licensing again.
May 14, 2021 at 11:16 AM

Nick said…
I know very little about business, marketing, etc., but to me Topps just doesn't seem like a very well-run company. There's so many production and distribution issues, and they seem to happen regularly. All this definitely could've been avoided.

I'm sad about Target not having cards anymore, but I don't blame them one bit. You can only with so many stories of people being assaulted and/or harassed. Also my dad earns (or, earned) part of his living stocking cards at Target, so that adds an extra layer of anger over all this.
May 14, 2021 at 1:48 PM

steelehere said…
Great post. It’s sad when Target (and Walmart) have to pull product off of their shelves because of people acting like idiots.
May 15, 2021 at 12:17 AM

bryan was here said…
I'm not surprised. It's also happening in the diecast realm as well. I was grocery shopping at Wally's Discount Emporium today and I always hit the Hot Wheels/Matchbox aisle before I check out. Today's stop involved an older gentleman rifling through the Hot Wheels base models. Since I have the ones I want from the base set, I went over to the specialty models. I found three I hadn't seen yet and picked them up. The old man went down there right after I grabbed my cars and proceeded to cuss under his breath. I'm like, too bad. Not like I bought all of them, just the ones I need. I always leave something for the next guy,no matter what it is.
May 15, 2021 at 12:52 AM