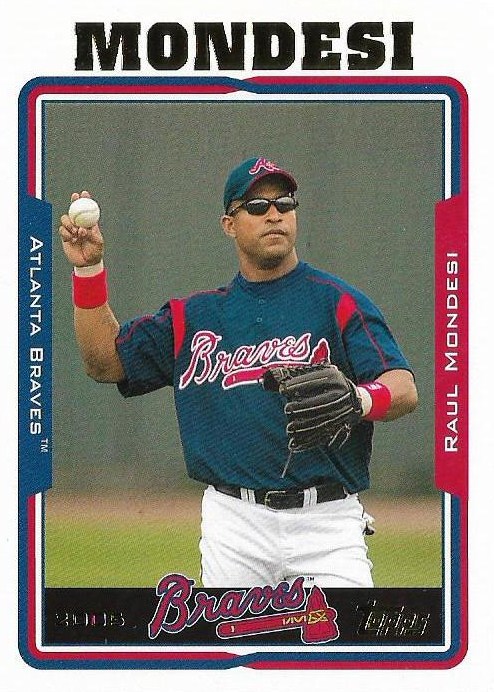 As you can imagine, living in my remote location it takes awhile for anything to reach us.
This is both good and bad. The newest movies and restaurants arrive much later or not at all. Card product -- when it could be found on shelves -- nearly always arrived a week or two later than many other places. And, of course, summer always oversleeps up here.
Then there is the "good." Fads almost always take awhile to show up in these parts.
I've been watching the online reports of lines snaking from the card aisle through maternity wear. I've seen the fools rush the doors of Targets in a bid to be the first to claim card product that I wouldn't take if it was presented to me in person for free. I've observed fights -- actual fights -- in the aisles. All of this has been on video, of course, because that nonsense hadn't made its way up here all these months. Not even those signs that everyone reports seeing hanging from the card shelves -- purchase cards at the service desk, limit three per person -- have appeared at my Target or Walmart.
Until now. That's what I've been told anyway. The disease is here.
Over the weekend, I was talking to the "other guy" at my workplace who collects cards. He said that you can buy cards only at the service desk now at Target. And there are lines. One guy he knows arrived at Target at 6 a.m. He was the seventh person in line.
He says that he knows this other guy who goes around to all the Targets and Walmarts within a 150-mile area and picks off whatever current product he can find.
Well, that'll do it for me and looking for cards at Target. It was nice while it lasted. For the past year, most days all I'd find were empty shelves. But sometimes I'd get lucky. And there were definitely no lines or signs.
There's no point in going now. I'm definitely not standing in any line for 2021 cards. Those people may want cards but I have nothing else in common with them. They're not in the hobby for the right reasons and no amount of built-in excuses will justify it.
So, that seals it. Who knows when you'll see me in a Target in search of cards again? Doesn't seem like it will be in the near future.
Fortunately, I have a built-in weapon against so-called card investors and hoarders. Armed with 40-plus years of collecting experience, I own a long list of card collecting interests that will never show up on the sneakerdoofs' radar. I'm pretty sure if I stood in one of those new-product lines and held out a crookedly cut '70s Hostess card, they'd cower like vampires.
My collecting interests are all over the place, helping me roam free undetected.
One of those latest interests is 2005 Topps. Who cares about that set? You can buy the whole thing online for 40 bucks, Verlander rookie and all.
I don't have the Verlander rookie yet. But I have accumulated a good portion of the set in short fashion, thanks to some of my collecting friends. No, I didn't meet them in line.
Most recently, former blogger and current tweeter, Shane, reached out to me with a stack of 2005 Topps to help fill my collection. A stack of 88 cards from the set arrived at my door. I now need less than 150 cards to finish off the set, which is pretty darn good considering it's 700-plus cards and I just started the quest barely a year ago.
I enjoy the '05 set for a few reasons, but it is now in the sweet spot where I'm starting to get nostalgic for things from that time. You know, music groups like the Killers, the Hives and Angels and Airwaves. Weird, I know. 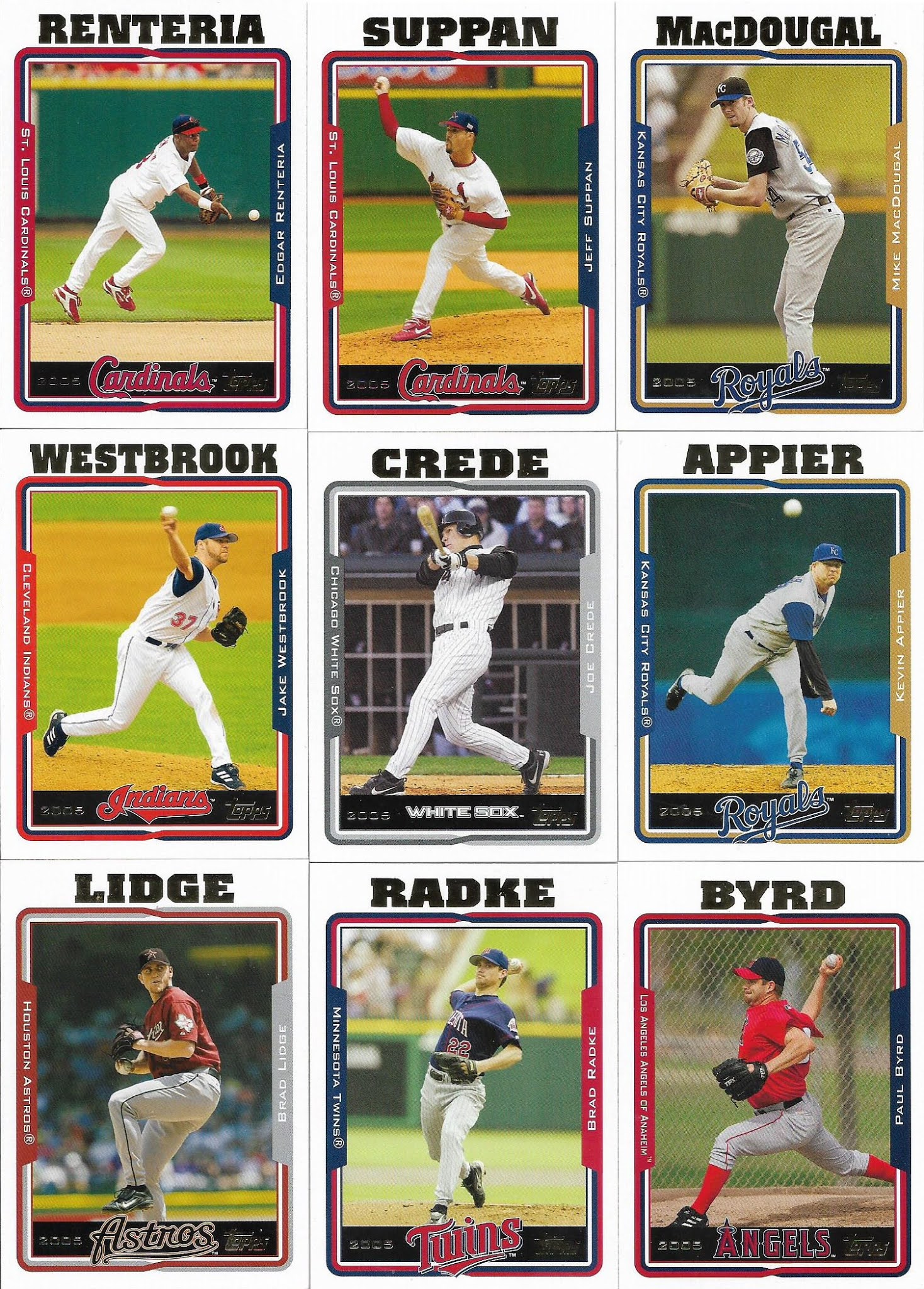 Remember when these guys were kind of a big deal? On the postseason stage, and all that? (Well, maybe not Radke). 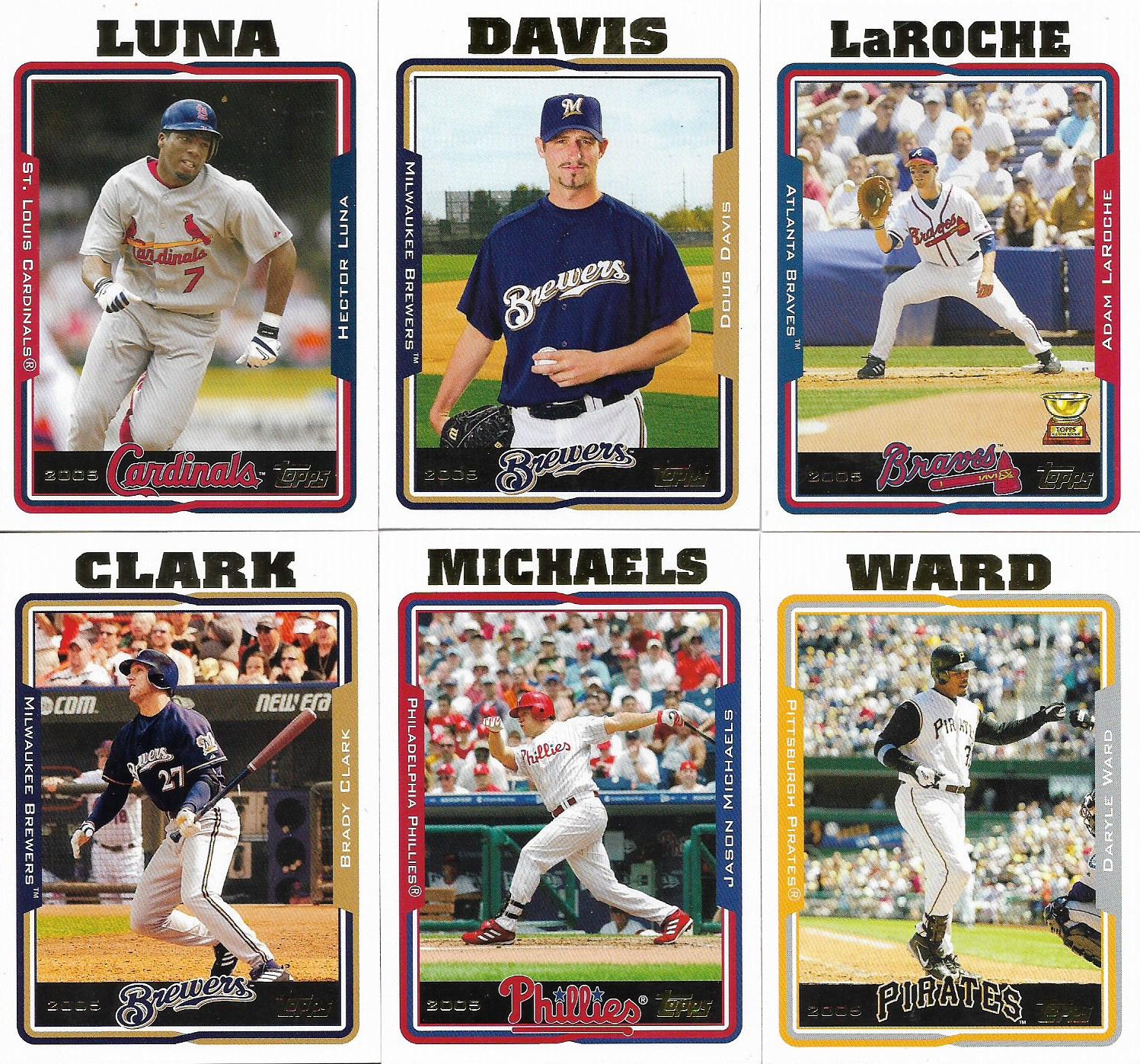 Players like this were part of the every day baseball scene but now nobody mentions them, some don't even remember them. 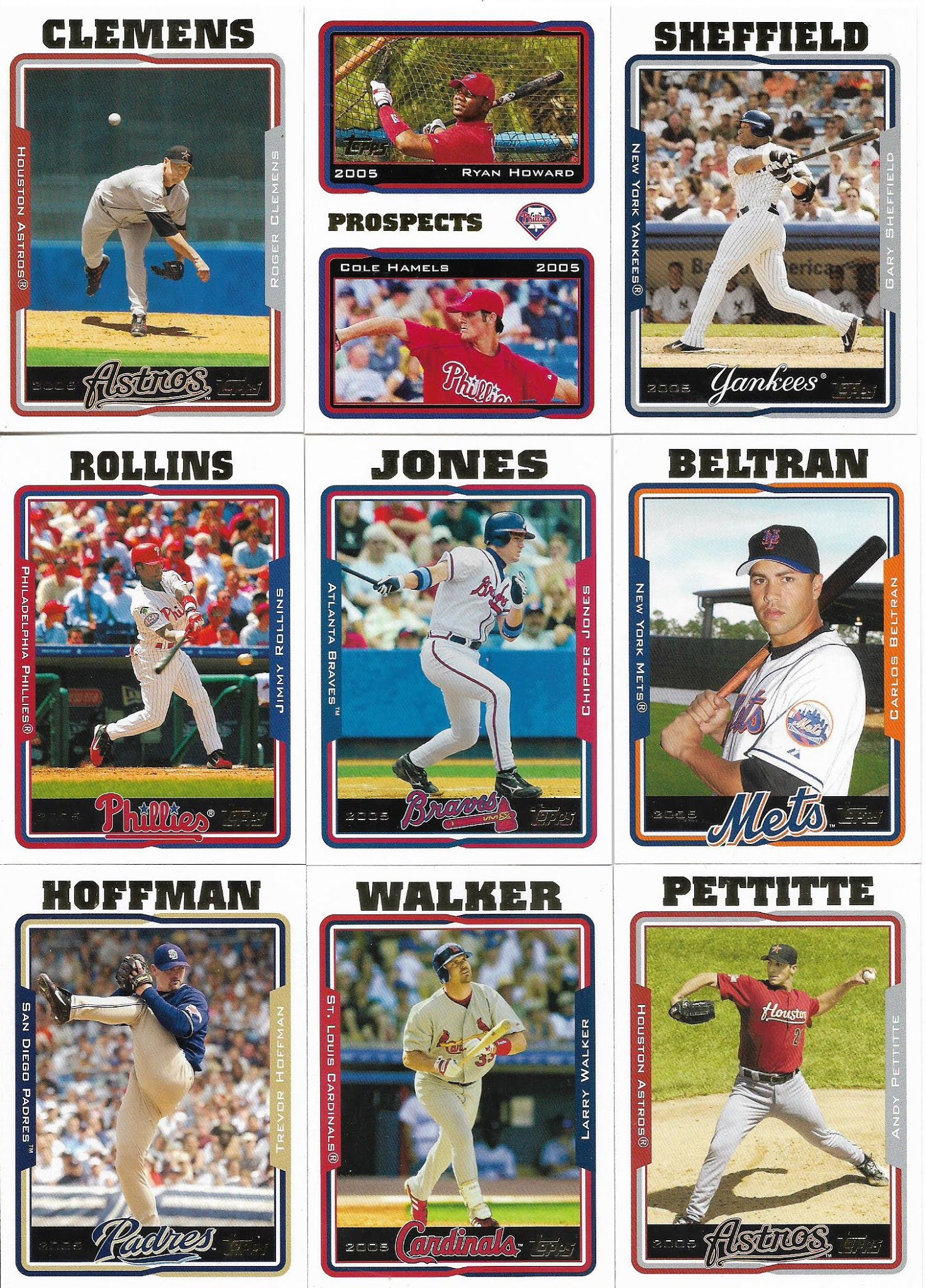 Here are a few stars though. They all seem ageless and they'll probably never leave the conversation. 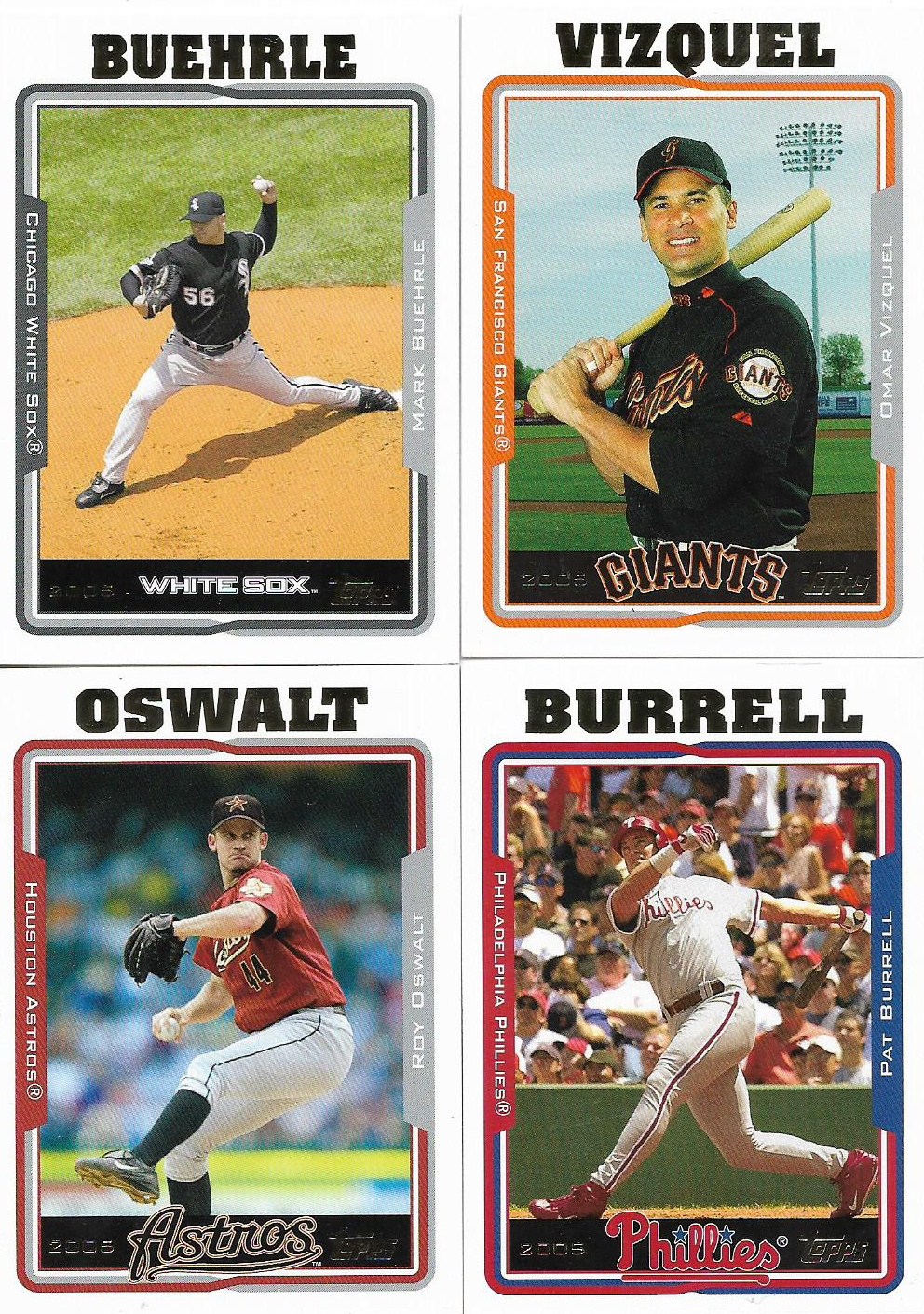 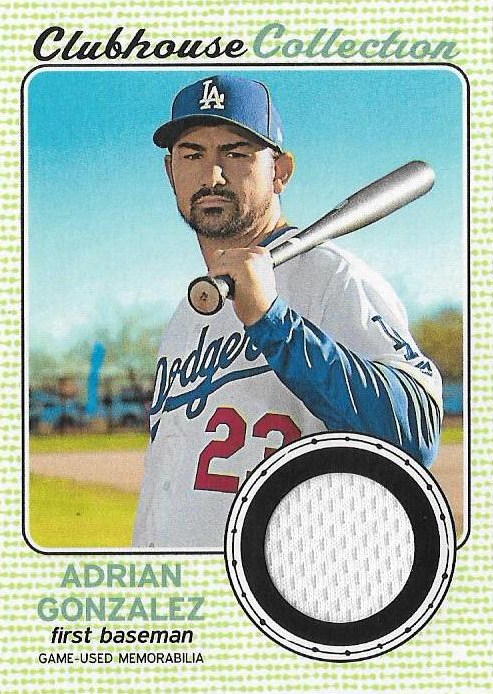 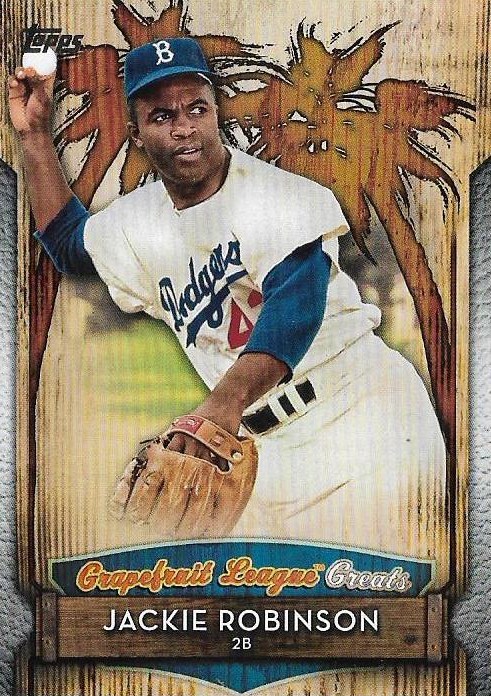 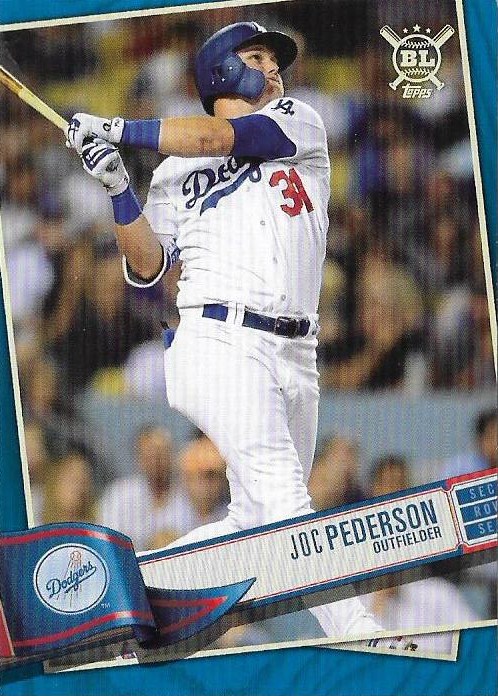 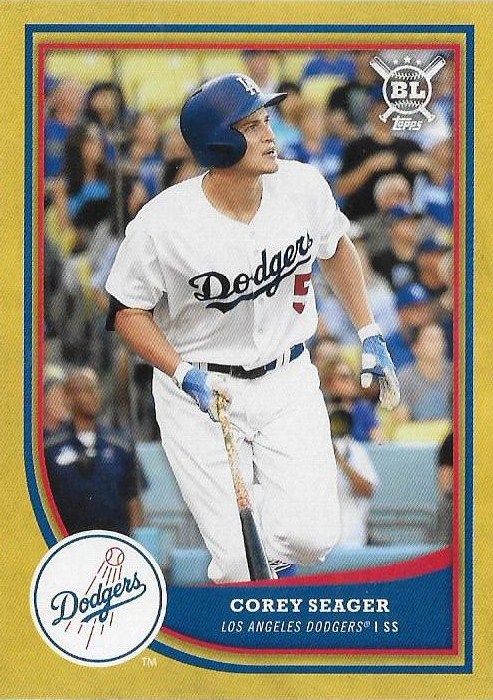 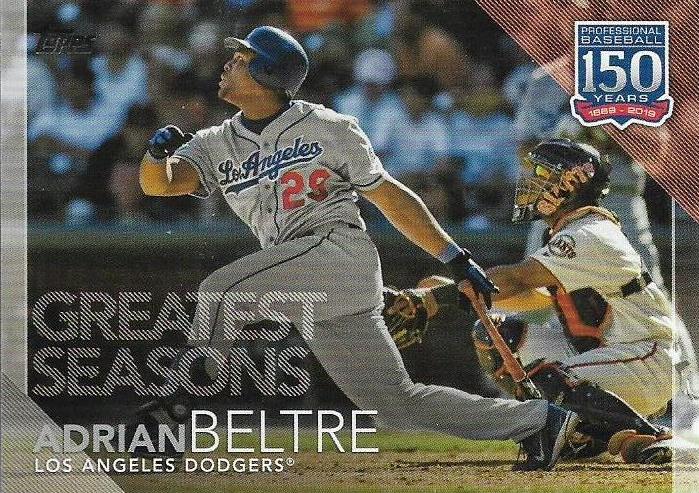 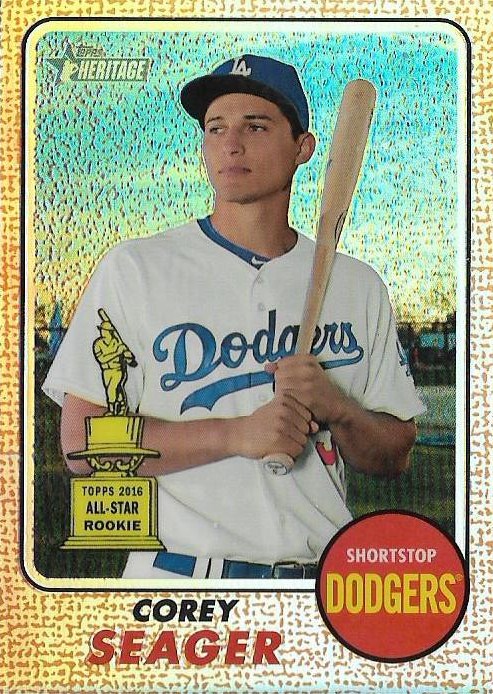 The Heritage Chrome Seager is very nice and I still love those 2019 Greatest insert cards.
Shane offering up some cards from my want list just because he knows I need them, out of his own free will, is what collecting is all about. That's being a collector to me.
Lining up at 5 in the morning for card product that you're trying to flip, maybe keep a couple cards for your "PC," is not really collecting to me. It's not my definition anyway.
I'll wait out the lines and the signs. And I'll be there on the other side. Will they?

Nick said…
2005 Topps is a great set, and unlike most of what Topps has been doing with their flagship designs lately, it's distinct. The big last names at the top of the cards are such a weird touch, but I like it.

My Targets still have the "Limit 3 items" signs up in the card aisles - guess the riots haven't been bad enough to where they'd have to keep them at customer service. I'm just sad it had to come to that for a lot of Targets.
April 19, 2021 at 8:06 PM

Swing And A Pop-up said…
You mean to tell me if I drove by a Target in your area at 6am I wouldn't see you in line for cards? Next thing you'll be telling me you don't "sleeve" them so you can get them "slabbed"...or you don't wear Ladies Isotoner gloves when you handle them.
April 19, 2021 at 8:29 PM

Johnnys Trading Spot said…
I've yet to see a sign on limits for baseball cards yet. But it would not bother me as I really just look at what is there. I most certainly wouldn't stand in line for any retail anything. I stay away from blasters of current product. I even bought my Holiday set off Ebay for 2020. Chronicles (I know you no likey) I many have to let 2020 be the last set build of that crazy all brand product. We'll see I might buy a Hobby box or two......maybe. Not looking good thus far with the crazy prices these days.
April 19, 2021 at 8:39 PM

Agreed! said…
Same here, got into buying three years ago when my son started playing competetive baseball. It was our way to keep up with current players and learn about those old legends.

Now he and I have zero interest in any of the current product at all.

We've started doing fun things like building collections of perfect games, no hitters, career leaders and the like.

Fuji said…
I'm embarrassed to admit this, but there was a time in my life when I enjoyed watching a fight. These days... unless it's in an octagon or hockey rink... I'll usually look the other way or change the channel. A fight over cards in a Target card aisle? That's the silliest thing I've read this week.
April 19, 2021 at 10:42 PM

Bo said…
Since I got back into card collecting in the early '00s, I only bought current retail twice - once in 2007 I bought a blaster out of curiosity and was underwhelmed, and once in 2010 when it looked like that year's UD set might become rare for legal reasons. Other than I stuck to flea markets, street vendors, garage sales and of course online (mostly trading). These days I am very glad my interests run that way instead of buying the new stuff.
April 20, 2021 at 11:30 AM

Jeremy said…
I feel the same way as you about people being involved in the hobby for the wrong reasons. I remember this when I was a kid and collected with my Dad in the early nineties. The speculators made it stop being fun and we stopped collecting. The same thing is happening now, only the bubble is even bigger.

carlsonjok said…
I have never regretted leaving modern behind. Interestingly enough, I've actually seen Heritage in my local Walmart a couple different times recently. I am hoping it is a sign of the bubble bursting.
April 21, 2021 at 10:08 PM

Jafronius said…
The two Targets I frequent have signs saying anything more than 20 bucks will only be sold on Fridays after 8am. One of my coworkers took a picture of some guys camped out an hour before the store opens.
April 24, 2021 at 5:20 PM

Jon said…
The Walmart that's closet to me still has cards on the shelves, but I haven't stopped to see specifically what they are in quite some time, because whatever is there, isn't gonna be for me, so there's no point in me wasting my time to look.
April 25, 2021 at 8:46 AM