April 06, 2021
(Here we are at another blog milestone at Night Owl Cards. This is the 300th Cardboard Appreciation post! I've been running this series since the first one dropped on Oct. 13, 2008. They arrive much less frequently these days -- and they're a lot longer. But it's still going! I also think we're not too far off from voting for a new member of the Cardboard Appreciation Hall of Fame, so stay tuned for that. But now, it's time for Cardboard Appreciation!): 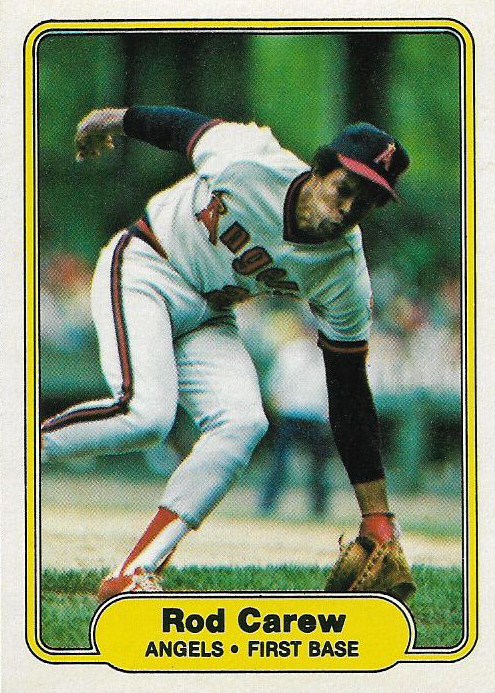 I can't believe how long it took me to obtain this card.
It's really my fault. I should have focused on finishing the 1982 Fleer set a long time ago. But I have known about the back story on the '82 Fleer Rod Carew card since the cards came out that year. It's a commonly told story now -- and has been referenced on the blogs many times -- but back then only the magazine rack would tell you. 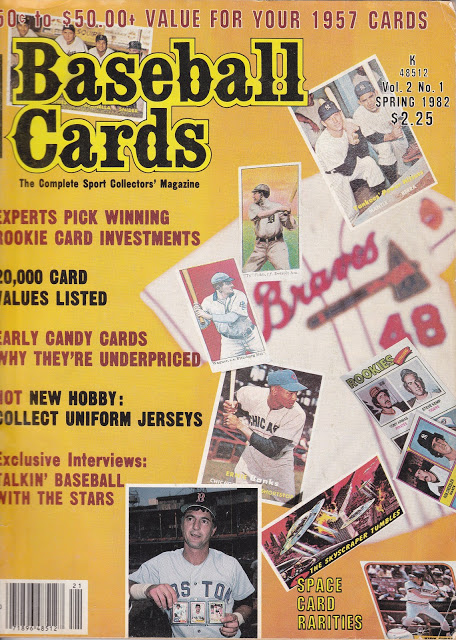 In the spring 1982 edition of Baseball Cards magazine, a segment near the beginning of the edition reviewed the new baseball card sets for the year. Having multiple choices was still relatively new at the time as '82 was only the second year that Donruss, Fleer and Topps all put out sets at the same time. 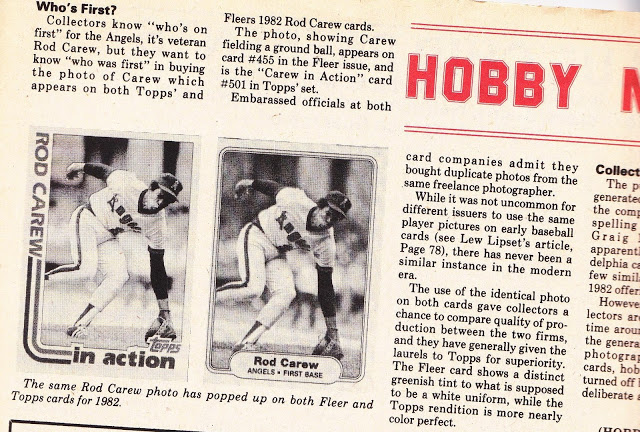 There was quite the stir -- well, as much of a stir that could be created without the internet or social media -- about the same photo of Rod Carew being used by competitors Fleer and Topps.
Apparently, without Fleer and Topps knowing, the photographer who took the pictures sold the same photo to both companies. Baseball Cards Magazine took the opportunity to examine the photo reproduction skills of both Fleer and Topps -- with Topps coming out ahead.
In later years, similar photos would show up among rival companies. The 1990s is full of this, although usually they weren't the exact same photo, sometimes one photo was a few clicks of the camera away from another photo.
But, in 1982? That was crazy and took some cajones.
I've owned the Topps Rod Carew in action card for a long time, probably pulled it in 1982. And I completed the 1982 Topps set in the early days of the blog. But it has taken me decades to see the comparison live and in person. 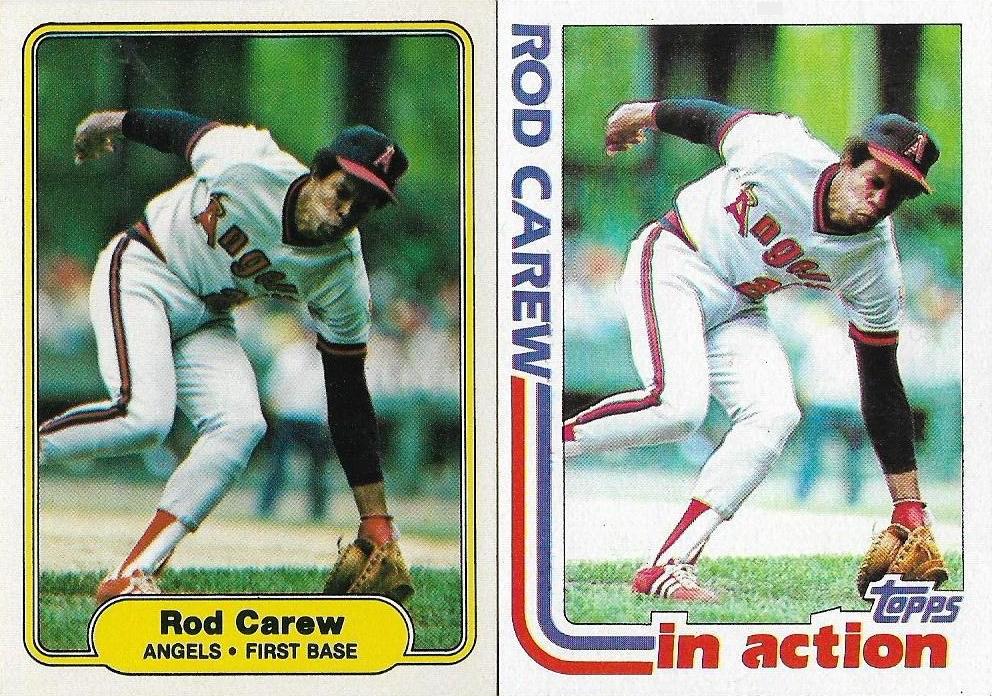 Looking back on it with nearly four decades of advancements in photography, neither looks all that great. Also '82 is basically Fleer's worst photo look of all-time. But Baseball Cards Magazine was pretty accurate.
Anyway, it's great to finally have that '82 Fleer card in my possession.
It came with a few other '82 Fleer needs from sportlots. 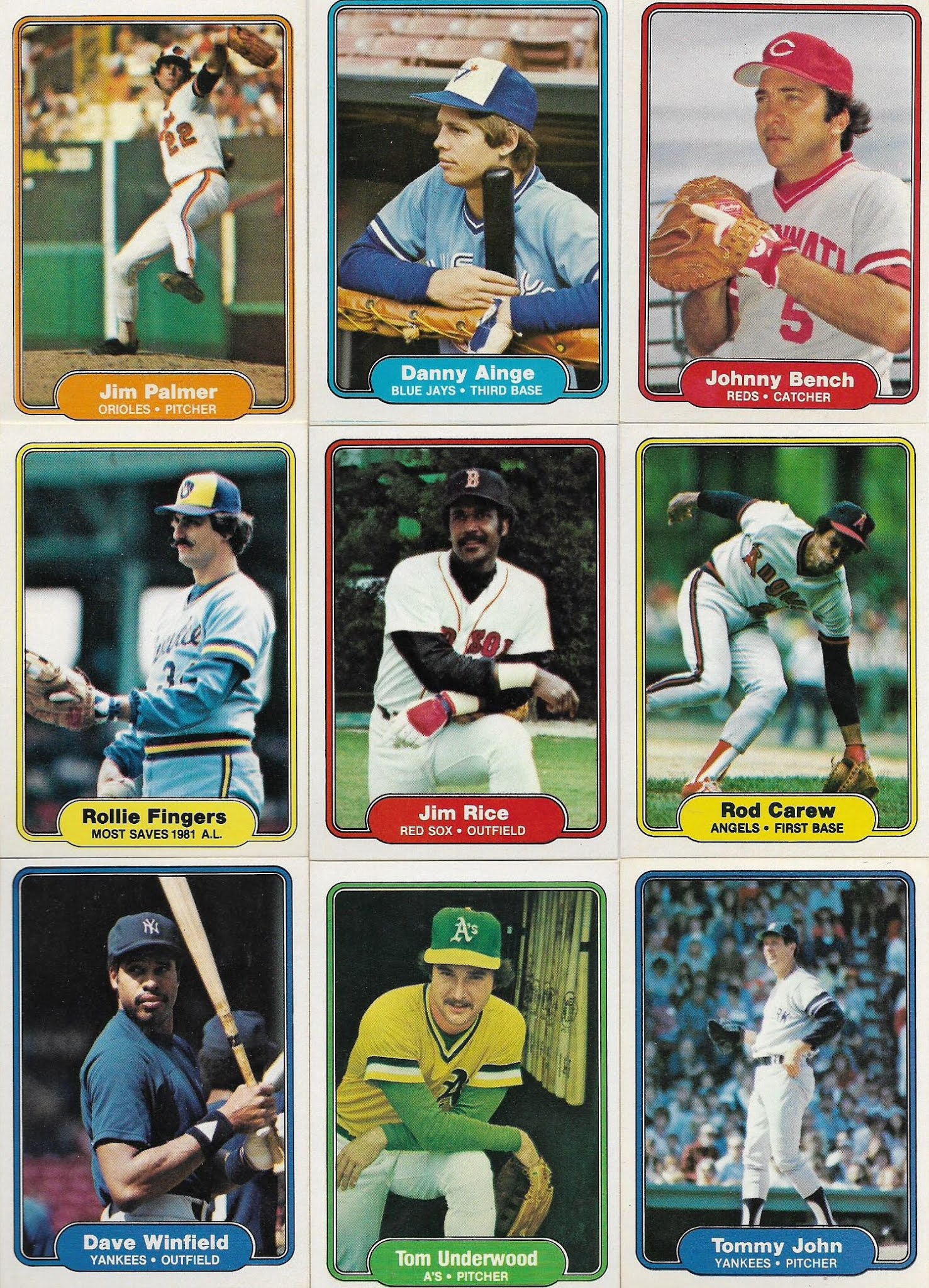 I was determined to finish off my '82 Fleer needs with this particular order but there were a couple on my want list that weren't available at sportlots, and I just wasn't interested in checking out another site to get the rest of them.
This is an example of the disconnected collecting that goes on around here. I may seem all together on this blog but things are a bit more scattered in person.

For example, I mentioned that I had reached 800 Clayton Kershaw cards in my collection and I showed the cards that led up to that number on Twitter, but I showed only one of them on the blog. Here are the rest that got me to that number. 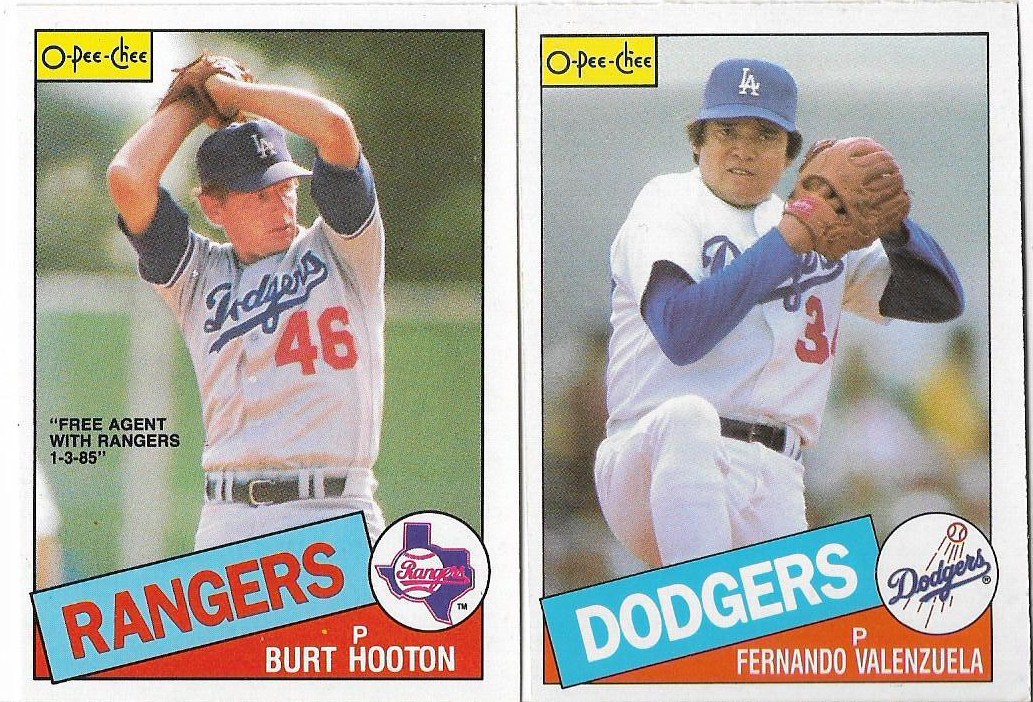 This is another project that I started and stopped -- working on getting more of the Dodgers O-Pee-Chee cards, particularly from the '70s and '80s.
I landed a few and then someone swiped a key early '80s card out from under me and I temporarily lost interest. But I'll be back! 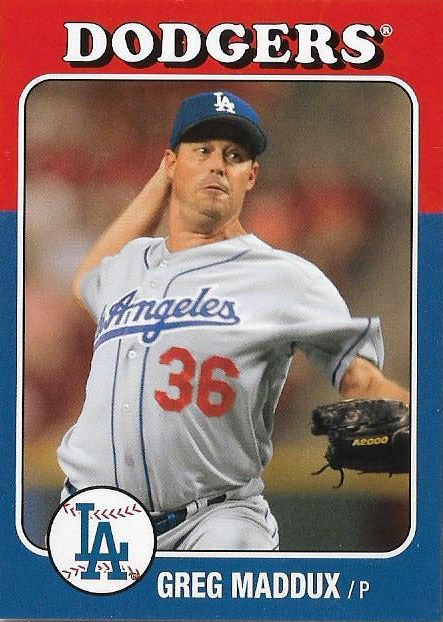 While I was looking up OPC cards, I stumbled across this 2009 Upper Deck OPC mini card (trust me, it's mini) of Greg Maddux. I somehow missed that Greg Maddux was in this set. I grabbed this card for super-cheap and the regular version is coming to me for even cheaper. 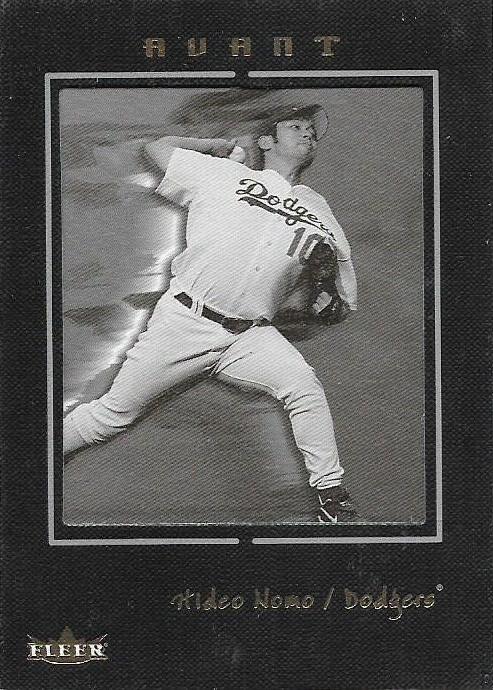 More stumbling. 2003 Fleer Avant had numbered black-and-white parallels? Of course I didn't know, I wasn't collecting then! It's been a bit since I've added a new a Nomo card. 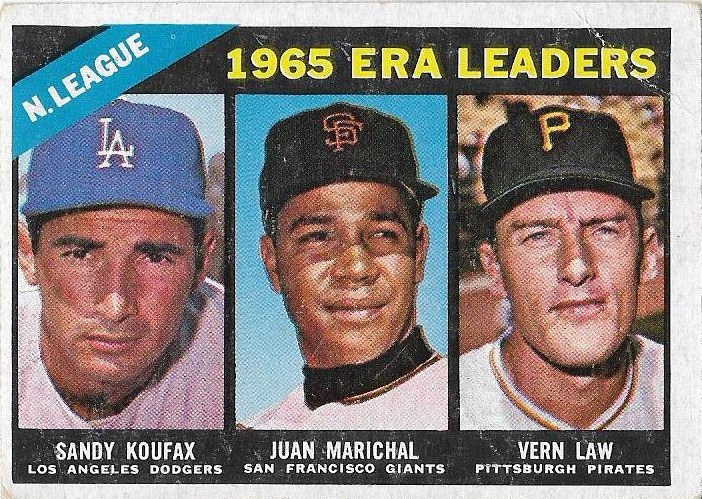 I know I've ventured far off topic with this post and now am just showing random cards, but these were all obtained at around the same time. And, just like the Rod Carew Fleer card, it took me waaaay too long to add the above card to my collection.
Sandy Koufax showed up on a bunch of league leader cards in the mid-1960s and I lost track of which ones I had and which ones I didn't. This was the last that I needed. So now I have the full run of Koufax Topps cards and his league leader cards, too!
As always, thanks for reading and reading through 300 Cardboard Appreciation posts. Those appreciation posts represent why I'm in the hobby. I'm not here to talk about the economics of the hobby or hobby innovation or hobby marketing or any of that stuff.
I'm here to talk about my love for cards.

LifetimeTopps said…
Weird, from the scans the Fleer looks definitively better to me. Topps looks like it's more blurred, color taken out of it.
April 7, 2021 at 12:06 AM

Chris said…
The Topps Carew does look a little better, but '82 Fleer was rough in general. Thanks for showing the blurb about it in the magazine.

Bo said…
I wonder if the photographer found himself unable to sell to Fleer or Topps after that.
April 7, 2021 at 10:33 AM

Fuji said…
I enjoy looking through old 80's and 90's sports card magazines almost as much as I enjoy collecting cards. Wish I could help you with the 1982 Fleer set, but that's one of the sets that I don't remember having extras of (dating all the way back into the 80's).
April 7, 2021 at 1:09 PM

Nick said…
Congrats on 300 C.A. posts! Always love these. I've long been fascinated by those "doppelgangers" cards like the Carew - most in the '90s were photos snapped within a couple seconds of one another, but seeing the EXACT same photo on two different companies' cards is a rare feat.
April 7, 2021 at 8:11 PM

gregory said…
Congratulations on #300 in the series! Do you think Carew snagged that grounder? Hard to tell for sure, as the bottom of his mitt is obscured in both cards.
April 8, 2021 at 7:12 AM