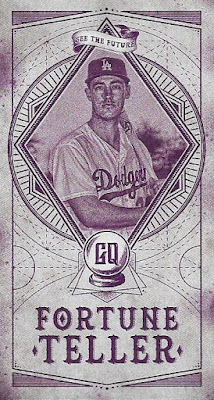 I purposely held off writing this post so I could report the results of the Dodgers' "special playoff game" to determine the winner of the NL West.

I'm happy to say the Dodgers won and they are six-time defending NL West champions and they will play the Braves in the NLCS, which is a team I think they can beat. Keep in mind, I didn't think L.A. would even make the playoffs a month ago, so what do I know?

Twitter has probably been full of information on the Dodgers' clinching, but I've been far away from social media the last few days. Too many life problems dominating the calendar. And my problems have some nerve considering it's the most exciting part of the baseball season.

To be honest I haven't missed social media. ... Oh, I've missed blogging, for sure. But Twitter? Nah. I could quit that habit in a day. I've gone through all the reasons I enjoy and don't enjoy Twitter, but I still can't give a solid answer on why I'm there other than I know that people know about this blog simply because I have a Twitter account.

I can't even tell you I'm on Twitter for the trades and card deals. I do make some transactions through people I know only from Twitter, but mostly I can't be bothered to go through that medium for my cards. I think the power of the blog more than satisfies my card needs.

But a couple of weeks ago I did finish off a couple of Twitter-related deals. The only player that was common to both packages was a star of the Dodgers' win over the Rockies today, Cody Bellinger.

Check out the Gypsy Queen Fortune Teller insert of Bellinger that came my way from one of the twitterati, Tim.

The card back predicts that Bellinger will have no problem becoming the first player to reach eight multi-HR games in his first 200 games in 2018, seeing as he had six in 2017. Well, GQ, don't quit your day job. Bellinger has reached the end of the regular season and he has just seven multi-HR games in 293 games. 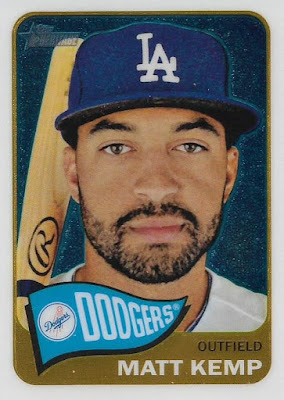 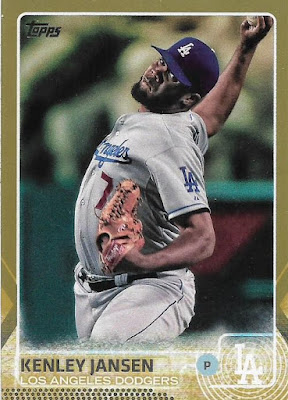 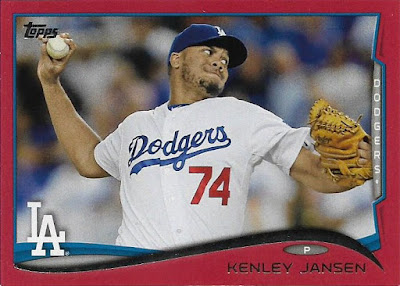 Tim also sent a few needed parallels of current Dodgers. I'm going to go into the postseason pretending Kenley Jensen still doesn't give up home runs, and I am clearly in denial. 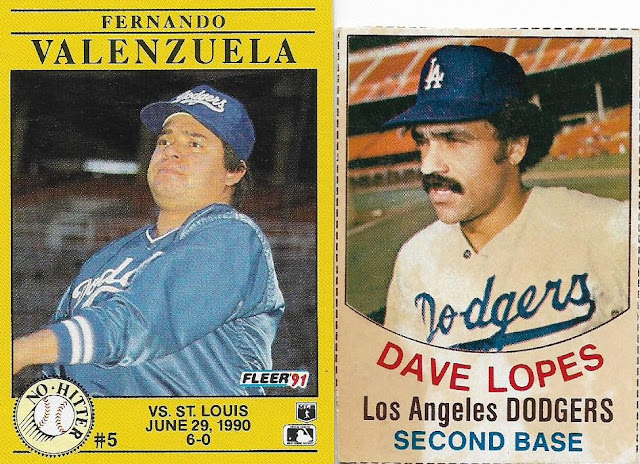 I have both of these cards already but considering the postseason is upon us, both of these guys are appropriate as they figured prominently in past Dodgers postseasons. (I did get on Twitter long enough this weekend to see noted Dodger author Jon Wiseman infer that those who wanted Fernando Valenzuela to start the Dodgers' special playoff game in 1980 were not dealing in reality as Valenzuela had pitched multiple innings in two weekend games prior to the playoff game against the Astros and was unavailable. HE STILL WOULD HAVE BEEN BETTER THAN DAVE GOLTZ!).

Moving on to a bunch more Bellingers, so obviously this is the other Twitter package.

This one is from Jenny, who has sent several bloggers cards. She often offers up cheap deals and I happened to be in a spending mood one day and took her up on a few that I needed -- or thought I needed. The one on the left appears to be a dupe. 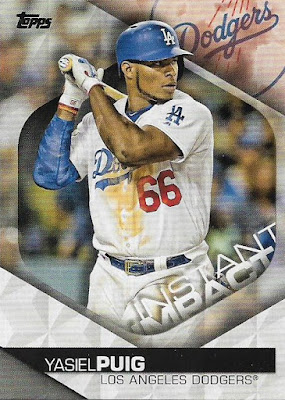 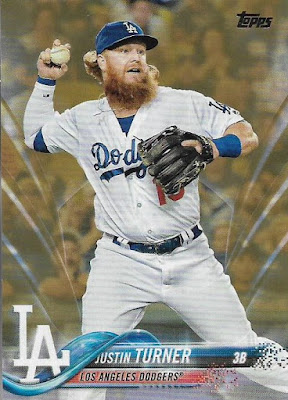 A couple more guys headed to the postseason. Yasiel Puig has known nothing but Dodgers NL West titles. He's been on the team for every one. 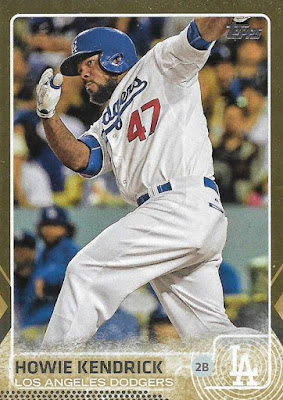 Not a current Dodger (He was on the Nationals this year before suffering a season-ending injury). But I needed this card. 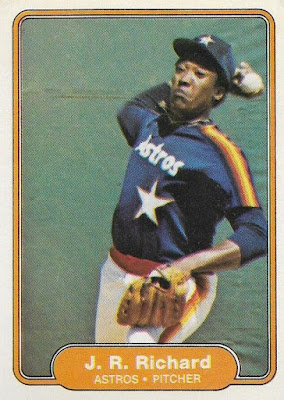 The rest of the cards from Jenny were 1982 Fleer needs. I beat out everyone for these cards, mostly because nobody on Twitter remembers 1982 Fleer. 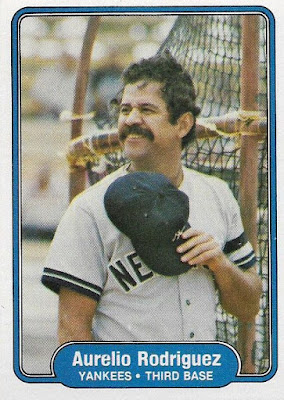 Aurelio Rodriguez is one of those rare cases in which I have not interviewed the major leaguer, but I have interviewed his son. 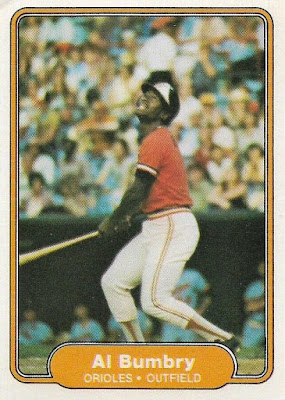 This card did not arrive dinged. I somehow dinged it while it sat on my desk for two weeks. My bad, Bumbry. 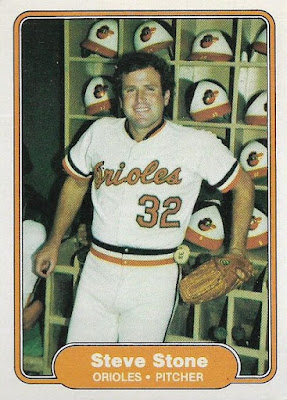 Finally three 1982 Fleer Phillies lined up to show that you can never line up 1982 Fleer. That Dick Davis card is several shades of miscut.

So, Twitter can be useful for cards when you put in the effort, which I often don't.

I have a little bit more time this week than I did last so I may show up on that social media site a bit. But there are no guarantees. Braves Twitter can be obnoxious and I don't need that when my Dodgers are in the playoffs.

Nick said…
I was shocked at how many of those '82 Fleers I'd never seen before after Jenny posted them. That's exactly the type of surprise I love to find in a dime box -- the Stone in particular is a favorite of mine. (Also if you haven't yet found a home for that '91 Fleer Valenzuela dupe, I'd take it off your hands!)
October 2, 2018 at 2:12 AM

Stack22 said…
So under the "Mattingly Standard", is Roberts out if 3 straight division titles don't net a World Series?

I'm fascinated by these '82 Fleers you've been posting. I didn't realize how few of them I've actually seen, there are some great looking cards in there.
October 2, 2018 at 10:00 AM

Fuji said…
Twitter requires effort. No wonder I haven't really started using that social media platform. Between my blog, reading other card blogs, and the real world there's little time left for things like Twitter.
October 2, 2018 at 10:27 AM

defgav said…
I've found trading on Twitter to be like pulling teeth, more often than not. So much nicer blind trading with blog buddies.
October 2, 2018 at 5:04 PM