Having a wonderful time, wish you were here 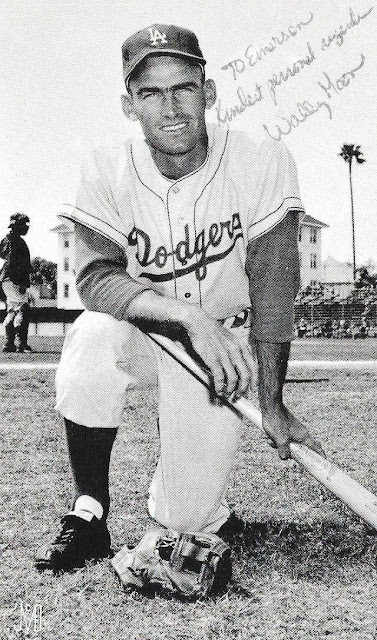 I just got back from attending a card show with Angus of Dawg Day Cards. In less than an hour, I'll be watching the Dodgers attempt to sweep the Braves in the NLDS.

To underline that point, I'm showing three postcards that I received from Angus this afternoon. (They are just part of the goodies he brought for me).

The first card is a terrific item of the famed Dodger Wally Moon. And yes, that is Moon's inscription in the top corner that says, "To Emerson, Kindest personal regards, Wally Moon." Who needs Archives to produce a Wally Moon autographed card when he's signed a postcard already!!!

The next postcard is another noted mid-1960s Dodgers baseball player. 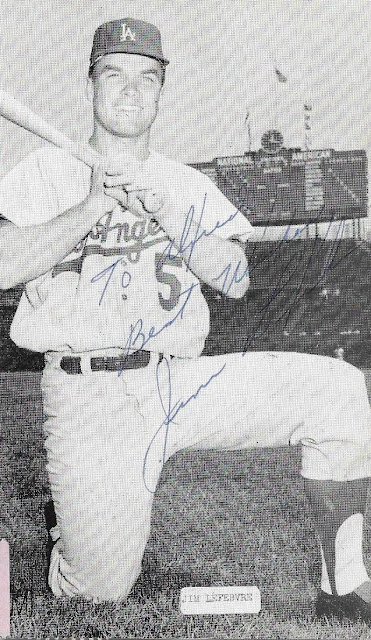 Lefebvre has also signed the postcard. I believe it says: "To Alfred, Best Wishes, Jim Lefebvre."

If you're curious about when these postcards were sent, I have an answer for you with the Lefebvre one anyway. 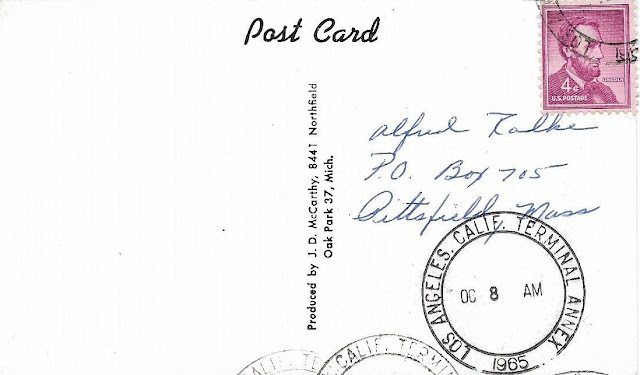 October 8, 1965 was an off day during the World Series that year between the Dodgers and the Twins. Minnesota had taken a 2-0 lead in the series prior to the teams heading out to Los Angeles (and the Dodgers taking four of the next five games).

I don't know when Lefebvre signed this, but the timing is interesting considering the Dodgers were in the World Series the day it was stamped! 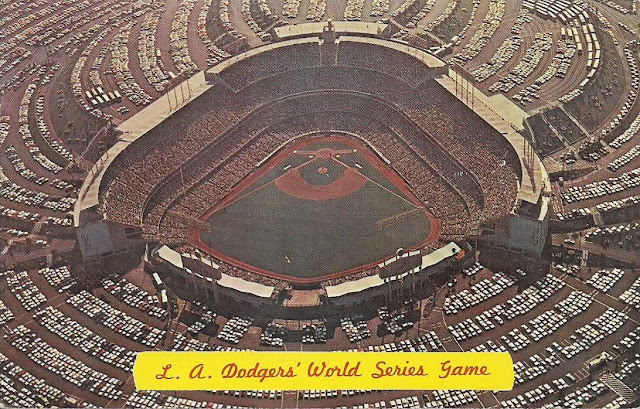 Let's turn it over to the back: 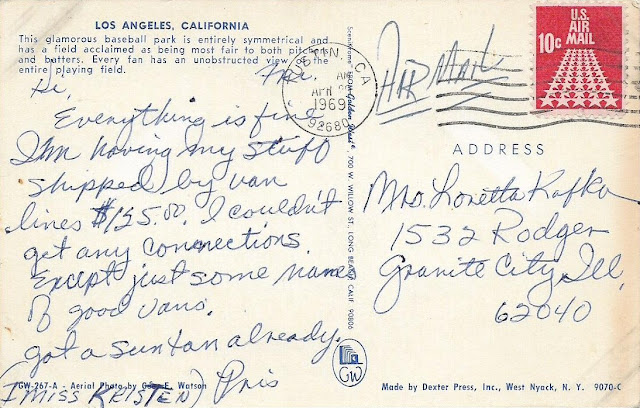 No details about when the photo was taken, but you can see that the postcard was sent in April of 1969, three years after the Dodgers had last been in a World Series.

So those are three, cool, historical postcards with some cool scribblings on all of them.

I have lots of goodies to show from the card show, but the game is fast approaching and all this World Series talk is getting me nervous.

I hope I'm still having a wonderful time four or five hours from now. But even if the Dodgers lose, they're still up in the series, and I still have a couple of stacks of brand new cards in front of me.

Dave said…
Those are a nice bridge between baseball and philately... I especially love the post mark on the Lefebvre.
October 7, 2018 at 8:50 PM

Jon said…
Hopefully you tried to encourage Angus to get back to blogging, as he has been missed!
October 8, 2018 at 8:28 AM

Fuji said…
The postcards are really cool. Don't think I've mentioned it in any of my posts, but now that I'm finding less and less sports cards at my local flea markets... I've turned to digging through people's post card collections. Hoping to one day find someone with some cool baseball postcards like these.

P.S. Congratulations on the sweep. I was really pulling for the Braves (to support Kurt Suzuki), but didn't have a lot of faith since the Dodgers are loaded with talent. Best of luck against the Brew Crew.
October 9, 2018 at 12:11 AM