April 27, 2016
(Happy Babe Ruth Day. It was 69 years ago today that a dying Babe Ruth was honored with his own day at Yankee Stadium. Let's recognize that with a little Cardboard Appreciation. This is the 239th in a series): 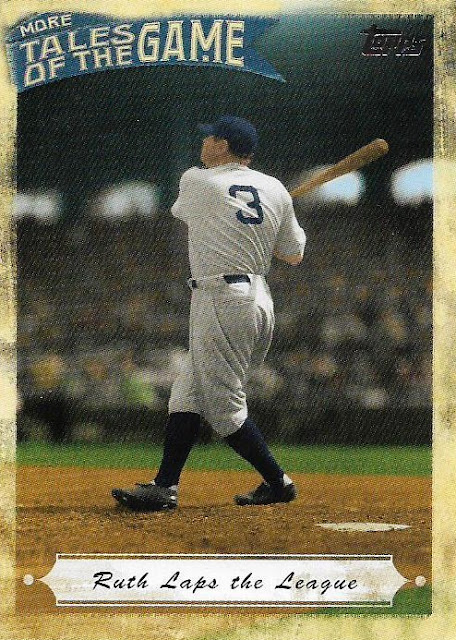 It's not like me to pay homage to a Yankee.

This is one of my favorite insert series of the last five or six years, because I do love cards that tell a story. The set is a little too heavy on Yankees (imagine that, Topps overemphasizing the Yankees). But it does a good job of conveying the well-told stories handed down from generation to generation, as well as adding some new stories from recent years.

The Ruth Laps The League card is based on his performance in 1920 when he it 54 home runs, which was more than any other team hit that year.

The photo on the card looks like a painting. Perhaps it is. I can't even tell if it's really Ruth. Maybe it's William Bendix or John Goodman.

Let's see them all together (I've shown them together on at least a couple of posts, but this time you really are seeing ALL OF THEM). 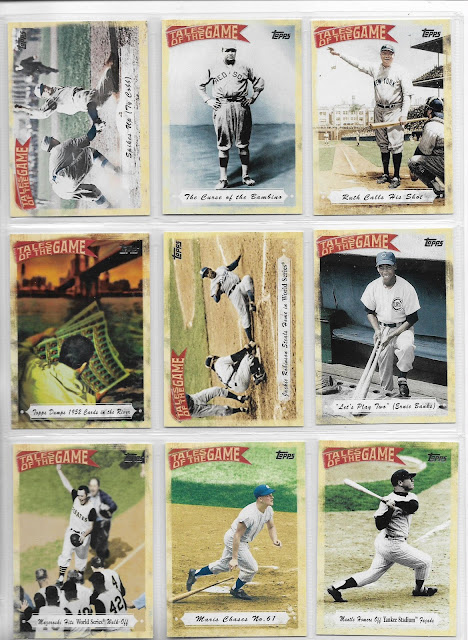 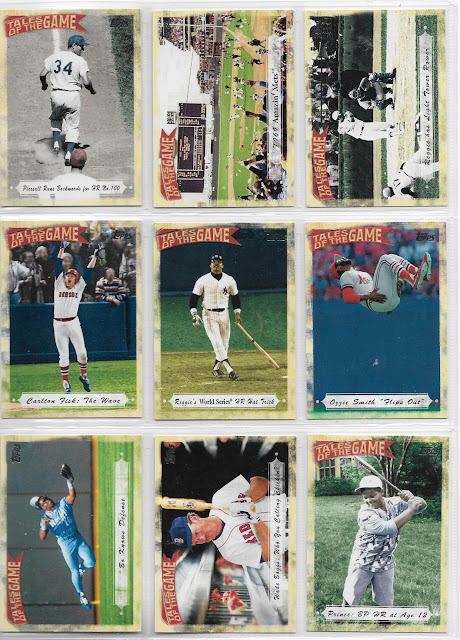 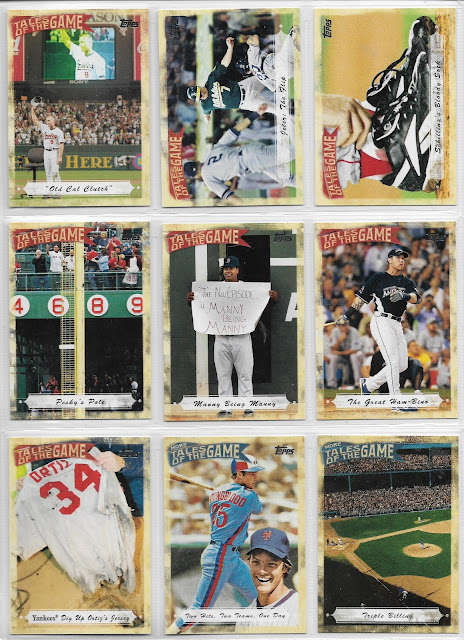 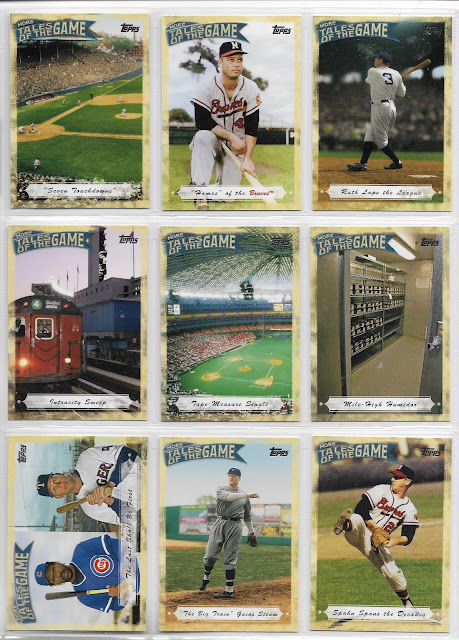 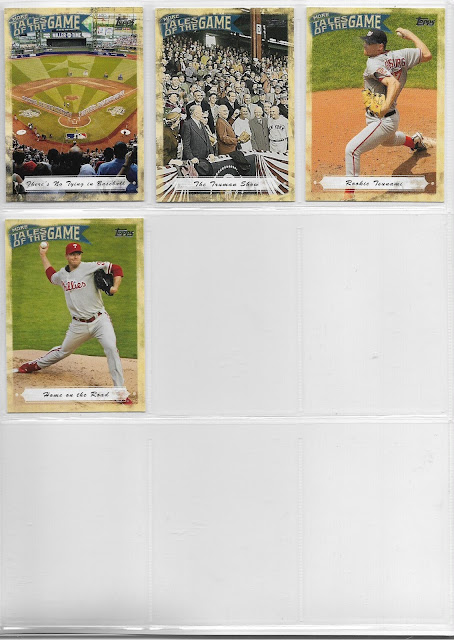 It only took me 5-plus years!

Nick said…
Definitely one of the better insert sets in recent memory. I think the Piersall is the best of the bunch if I had to pick a favorite, though 12-year-old Prince Fielder isn't far behind.
April 27, 2016 at 11:31 PM