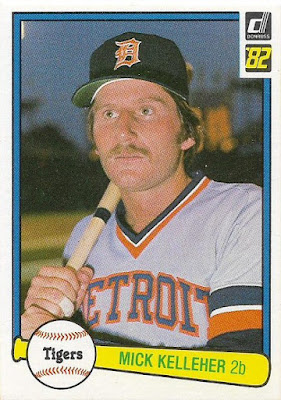 I haven't noticed many repacks dangling from card displays over the last few months. I don't know if it's my less frequent trips to the usual retail outlets or if the Fairfield people are taking a breather. But I've missed them -- a lot.

Target always has repacks, but lately they've been trying to force those $19.99 repacks on me, and I'm not paying 20 bucks in one shot on big-box store cards ever again. Meanwhile, Walmart I don't think has offered a repack since 1973.

But I was in Rite Aid a week or two ago and spotted one of those "100 cards for $5.99" boxes hanging from the lowest hook on the display. It looked lonely. So I brought it home.

The repack repaid me immediately with the above spectacular night card. These night cards from the '70s/early '80s are my favorites and any time I unearth any card from this period that I have never seen before, the box is automatically a bargain.

Mick Kelleher was easily the star of the show. But let's see some other notables from that repack. 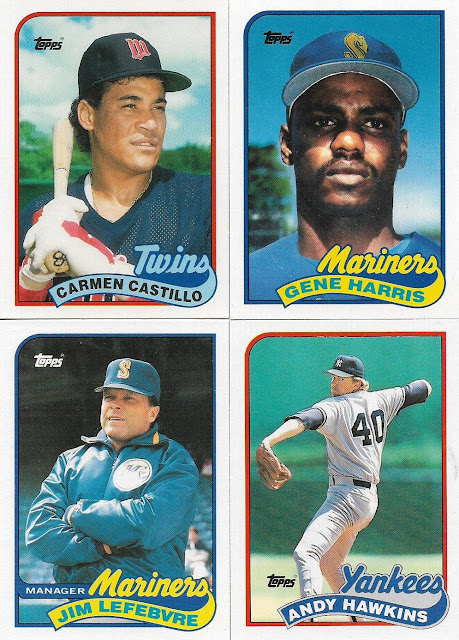 I was not as lucky as the Cardboard Junkie to find a complete box of 1989 Traded (including Mr. Griffey Jr.) at one of his twice daily card shows/flea markets yesterday, but I still consider this an achievement. There are so many '80s Traded sets that I lack. Every last card is outstanding. 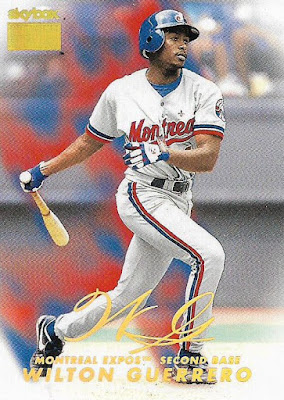 I mentioned on one of those social media sites recently that I own more cards of Wilton Guerrero than of Vlad Guerrero. Some were amused, others said, "well, duh, you're a Dodger fan." Well how do you explain THIS, hmmmmm? Wilton Guerrero Skybox Premium is card No. 63 in the WG collection and he's an EXPO, smarty pantses. 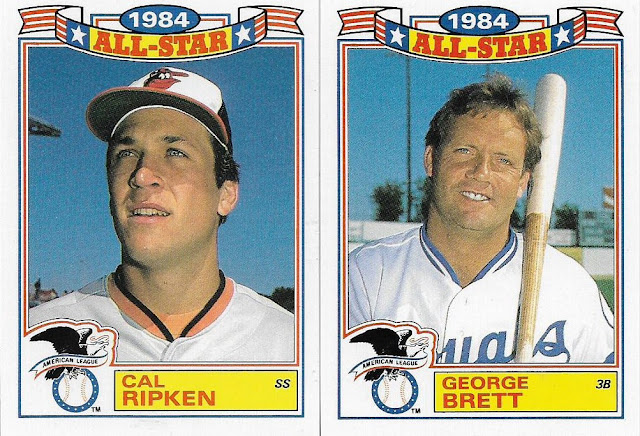 Staples of repacks but I appreciate the Topps' 80s glossy cards. I didn't buy a single rack pack between 1984-86, so these are brand-spanking new. And two of the most notable dudes in the whole set. The '85 All-Star glossies were just the second year of this promotion so they're not quite as ubiquitous as those from later years. 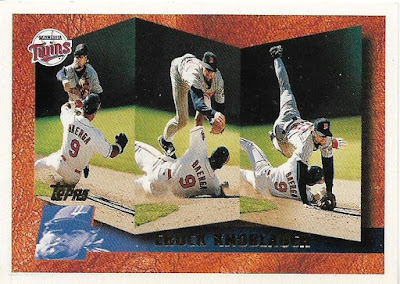 Another example of why 1996 Topps is the worst flagship set of all-time. I know it was the '90s but this is just too weird for a player's base card. And Upper Deck did it better. 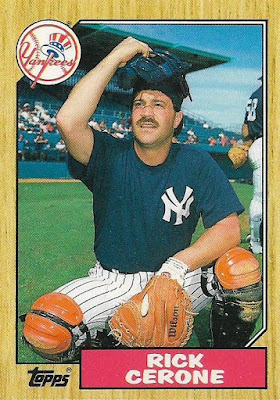 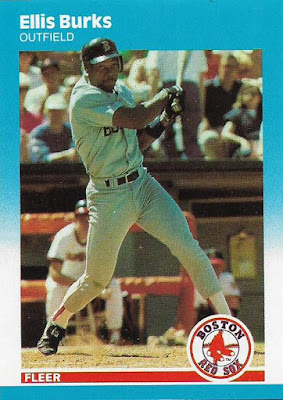 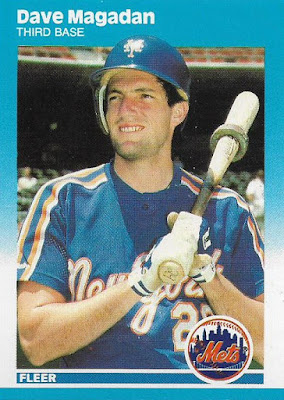 More '80s Traded greatness. I wasn't rookie-hunting at the time but I'm assuming the Burks and Magadan cards were semi-pursued at the time. 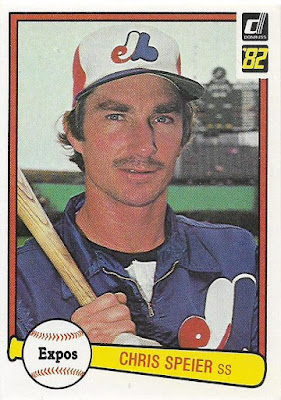 More '82 Donruss, which is throwing off hints that I should collect it. But I probably should think of doing another set first, as in ... 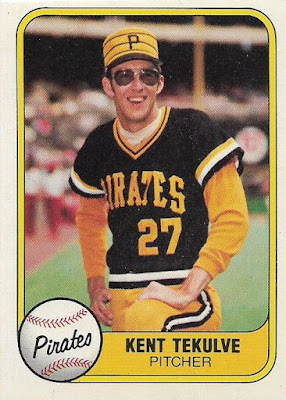 1981 Fleer! Don't you think? Look at Teke. He's just begging me to collect his friends. 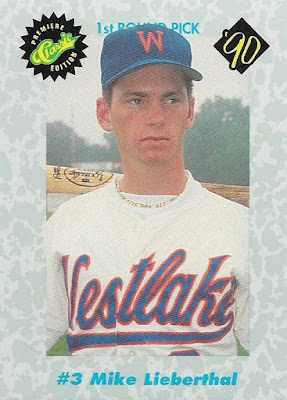 Here is a card of '90s/'00s Phillies catcher Mike Lieberthal as an 18-year-old high school player. Kind of interesting, kind of creepy. 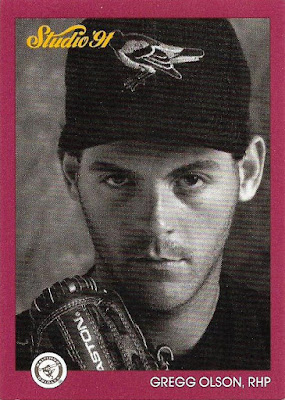 Really out of the loop on these Studio cards. When I pulled it, I recognized it immediately as Gregg Olson's profile picture on his Twitter account. I had no idea prior to pulling the card that it was an image from his card. But at least I got Olson to retweet my cluelessness: 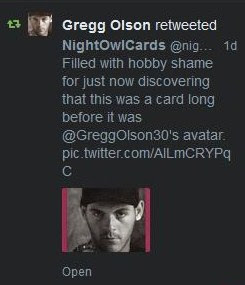 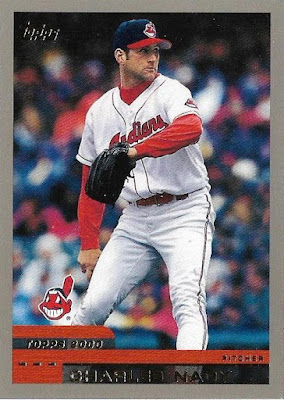 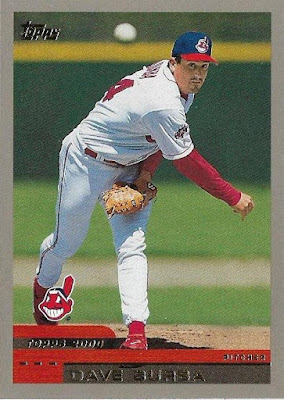 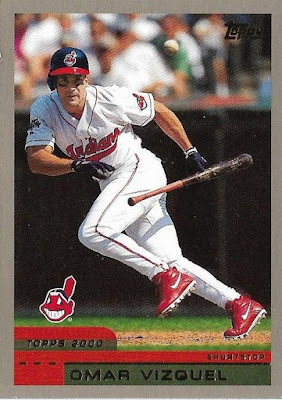 Fairfield always does odd things like "let's put three Indians from the same set all in the same box, that'll amuse ... somebody!"

I guess I'm that somebody. 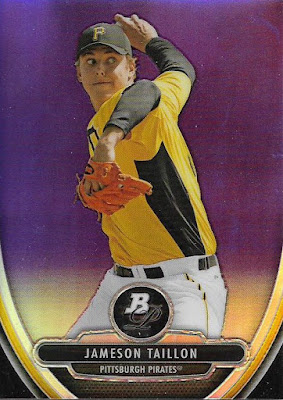 These repacks advertise 1-in-4 boxes containing a hit. This one didn't hold a hit. For mojo searchers from 2013, this is the closest to qualify, a purple parallel of former superstar high school prospect Jameson Taillon. He's back after missing two years with Tommy John surgery. I bet his card prices haven't rebounded though. 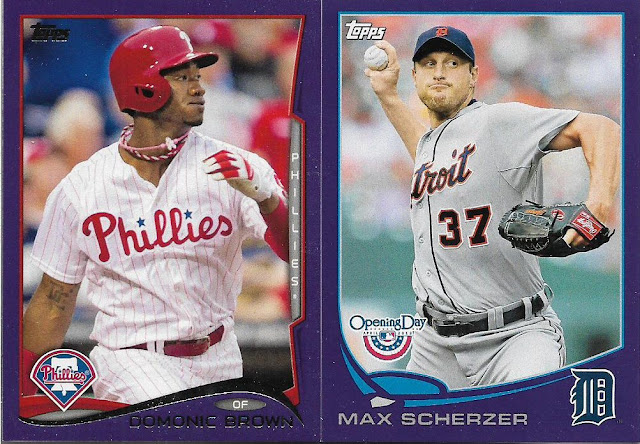 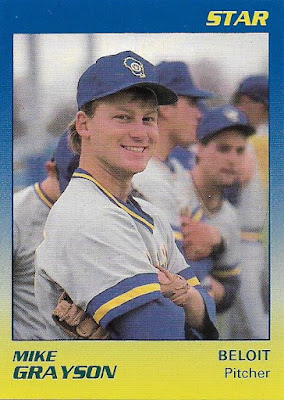 As always, there is the disclaimer whenever I open a repack. Most of the cards I didn't show were 1991 Upper Deck, 1988 Donruss, 1990 Score and 2012 Topps and Triple Play. If you enjoy those cards, too, or at least tolerate them to get to the good stuff, then, by all means find yourself a repack while Fairfield is in the mood for putting them in your local store.

Night Card Binder candidate: Mick Kelleher, 1982 Donruss, #601
Does it make the binder: Until I decide to complete the '82 Donruss set, yes.

Adam said…
I've partaken in a few of these repacks before and always come out pretty satisfied. However, the more important thing is ...you have a Rite Aid!!! I haven't seen one of those in ages!!
April 24, 2016 at 8:02 PM

Stubby said…
Well, I've never had that kind of luck with repacks. There was a whole decade in the aughts I wasn't collecting. Do you think I get any cards from then in the repacks I buy? I'd have to, right? I don't. I don't get oddballs or minor league cards or traded cards. Lord knows I've never gotten a purple bordered card in a repack. I just get lots of '87 Topps, for some reason, Donruss from '88-'90, '91 Fleer (ugh. yellow.), and the occasional Upper Deck card. I think the only interesting thing I ever got out of a repack was one of those Leaf Pete Rose things (and that was only interesting because it was the only card I ever got out of a repack that I didn't already own). There's never a hit or a star. Nuthin'. I sure wish they'd send some of the good ones down to the Carolinas.
April 25, 2016 at 12:13 AM