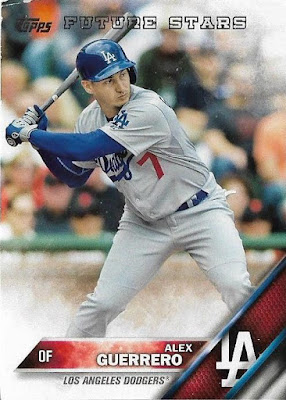 This was supposed to be the last player card that I needed to complete the "just-go-away" 2016 Topps flagship Dodgers team set (still need a league-leader card).

But Alex Guerrero here got involved in a fender bender when I wasn't looking. I don't know how it happened, it could have been a myriad of ways. I get so behind on hobby issues that the incoming cards get wedged together in a tight corner of the desk (please don't tell anybody the same thing is happening to the outgoing cards), and damage is bound to happen.

Also, cards get packaged so tightly sometimes -- not saying that this is what happened in this case -- that I end up damaging the card getting it out of its quarters.

But however it happened, the upper left corner is officially dinged. A closer look:

This just will not fly on a modern card. Cards these days come out of packages slick, sharp and shiny. Place a modern card on an incline and it just might slide around the earth before it comes back to you -- just as polished as when it left.

However, this card, which arrived from my good Twitter buddy, Chris, showed up with other cards, which I managed not to damage while in my care!

Let's see those ones. 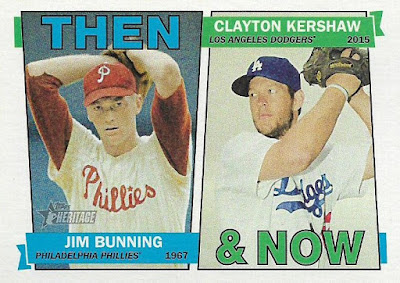 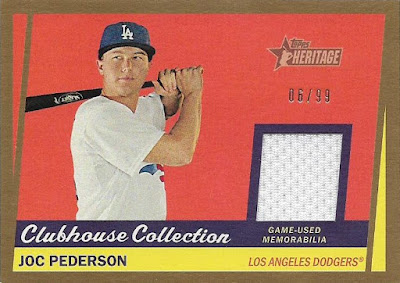 How 'bout that? I'm not saving the relic for last. That's how far relics have fallen. But actually I really appreciate my first Joc Pederson relic. You're all going to be sorry you don't have one when he has 37 homers this year. 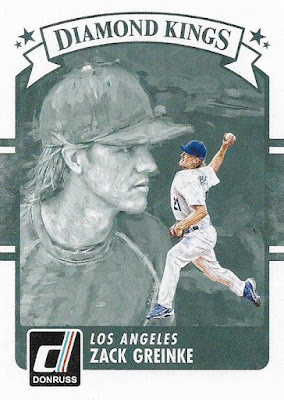 This is what the Diamond Kings look like in Donruss this year. Panini is going with the sketch look as a way to get around the lack of logos. It's a heck of a lot better than cropping off the tops of heads as they've done in the past. 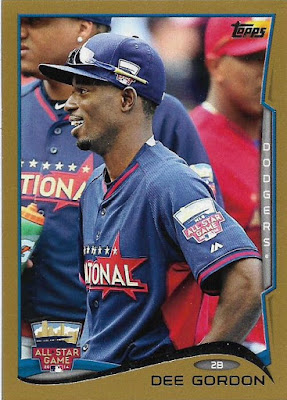 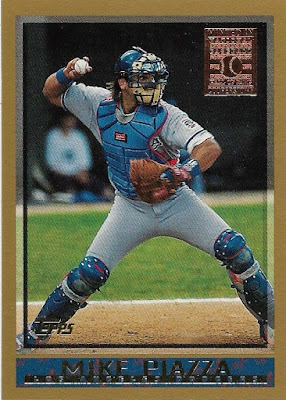 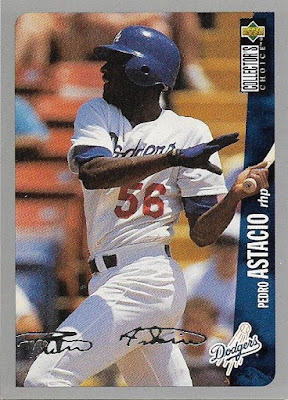 I decided to lump all of the parallels in the package together. I've pretty much exhausted everything I have to say about parallels. 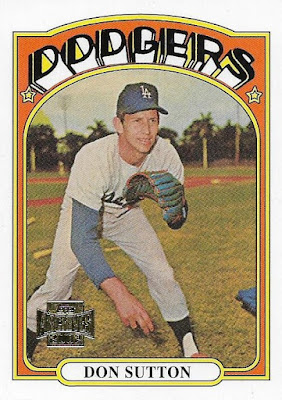 Soon, it will be Topps Archives time. I know this because two of my least favorite products of the year -- Gypsy Queen and Archives -- show up back-to-back, and the scourge of Gypsy Queen is already infecting the usual social media places. When Archives shows up, a lot of us will remember that Archives set from 2001, which included this card. Personally, I prefer the Fan Favorites sets of 2003-05 when talking archive-like sets, but 2001 had its good points. 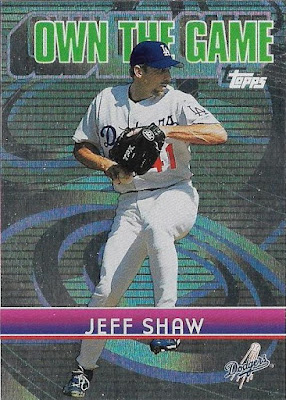 I like this card just because it looks different depending on how you orient it on the scanner. This is view 1. 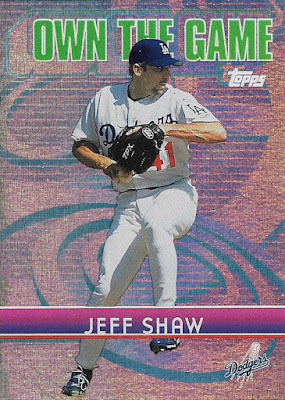 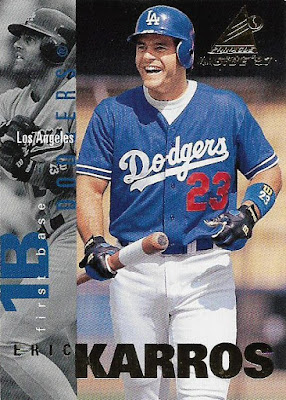 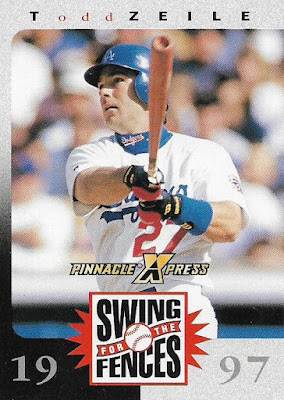 A couple of Pinnacle cards from 1997, including the thinnest card product ever made in the Swinging for the Fences promo card. I'm almost confident I could fold it into a paper airplane and it would actually fly. 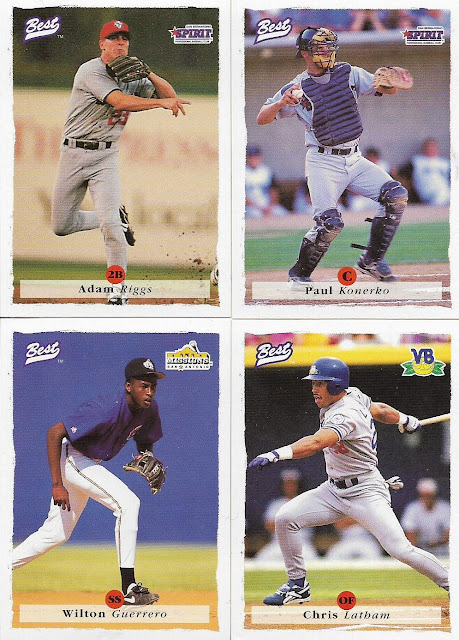 Best -- despite its name -- are not the best minor league cards. I'd much prefer something from Line Drive or even those 1970s TCMA deals. 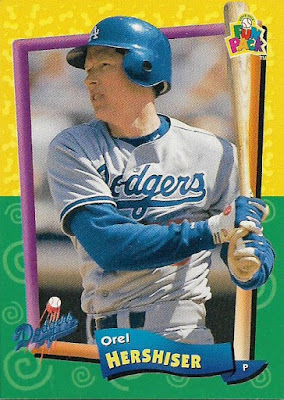 This came from a Fun Pack and it advertised correctly. This card is bunches of fun. 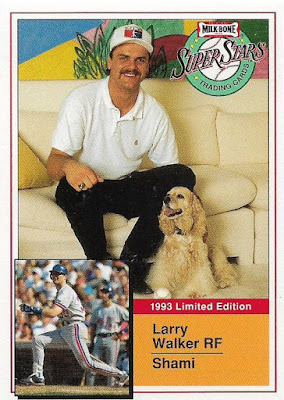 The one card in the package that came out of the blue. I think I'll pair it up with my Brett Butler Milkbone card. 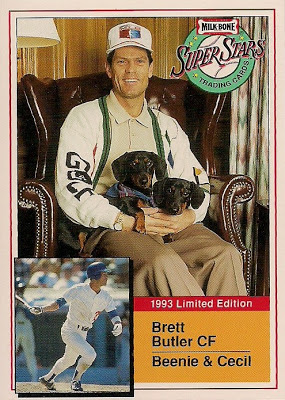 Shami and Butler's doggies, Beenie and Cecil, can sniff each other. 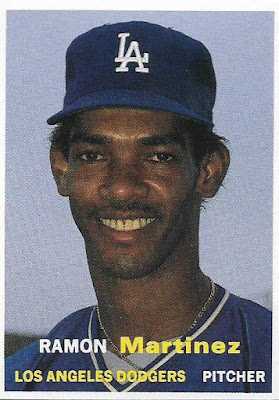 This is one of those Sports Card Digest cards from 1990. The back tells you how much certain Ramon Martinez rookie cards go for. It's telling me that my 1989 Donruss Martinez is worth $2.25. I think I have 30 of them. Drinks all around! 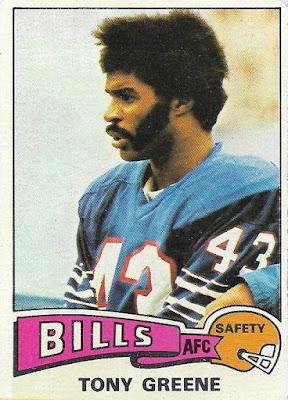 This was the oldest card in the package. It's a little miscut and has a dinged corner, but I don't care. It's my first Bills card from the 1975 Topps set, and unlike slick 2016 Guerrero, there is much more leeway with vintage cards.

Yet another reason vintage rules.

You knew I'd get to that eventually.

gcrl said…
i may have an extra guerrero to send - i'll check. and, here comes the set police: that sutton is not from 2001 topps archives (pretty sure it's 2002). 2001 featured rookie and final cards, so the sutton cards in that set were a modified version of his 1966 rookie card and his 1988 card with the angels. they ignored his 1989 box bottom card, which is one of my issues i had with that otherwise great first issue of archives.
April 10, 2016 at 11:30 AM

Unknown said…
Why does Brett Butler look like he is grandpa in the chair with his jacket on to knock off the chill and is waiting to give a kid a Werther's Original?
April 11, 2016 at 9:57 AM