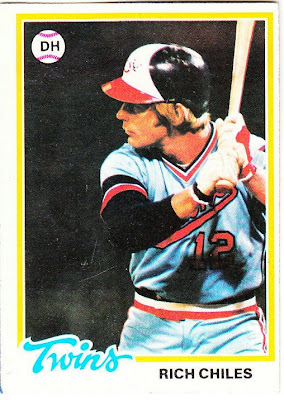 As the apparent sole arbiter of "night cards," I am particular about what I declare to be a night card. My scan folder is filled with cards that may never see the light of this blog because I can't say for sure that they are in fact night cards.

Even some of the cards that have already been declared Awesome Night Cards may not actually be night cards. I know that is a shattering revelation. I ask that you please try to get ahold of yourselves.

I admit that sometimes I find my blog minions asleep on the job (what? you don't have blog minions?) and inferior product sneaks through. But after a lecture on the importance of time-wasting regular blog features and the occasional sound beating, we are all back on course, generating premium night cards on a weekly basis under a strict deadline.

Really determining a night card comes down to a few of simple rules. They're posted on the walls of the NOC factory:

a) Is it dark in the photo? (you'd be surprised by how many minions miss this one)
b) Are there actual operating light fixtures pictured in the photo?
c) Is there artificial light on the subject? (usually found in a reflection on the helmet)
d) Is there artificial light on the field? (hard to gauge sometimes, but there's a certain amount of color saturation of the field or stadium background that you don't see in daylight)
e) Can the date of the game be determined? (World Series/playoff/all-star games are easy night card determiners)
f) Can the possibility of playing in a domed stadium be thrown out?

Rule "f" is the one that trips up my minions all the time. They just can't grasp that a domed stadium will mimic many night card attributes. I tell them time and time and TIME again. And, yes, those who repeat the mistake do not get fruit cup.

So, we have debated over the 1978 Topps Rich Chiles card repeatedly. The Chiles card has sat in the scan folder for more than a year. There's no doubt that there is a dark background and there is light reflecting off of Chiles' helmet. The Metrodome didn't exist in 1977, so no worries there. The only domed stadium in the American League in 1977 was the Kingdome and Chiles IS wearing a road Twins uni.

And that is where things came to halt. We just can't come to a definitive decision on whether it's a night card.

But finally a breakthrough. The Chiles card arrived in the mail from another blogger. Jim of gcrl sent it to me with a couple of other night cards.

Good enough for me. It's an Awesome Night Card.

(Yes, I take another blogger's word over my minions' word. I expect an uprising any day now).

This is good news. Not only for the Chiles card. But for this card: 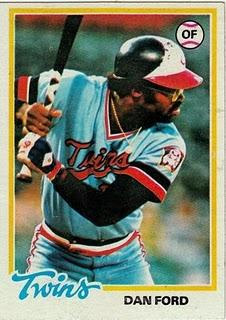 Minions, get to work.

And, Topps, don't you dare tell me you took photos of day games in Seattle in 1977.

Two Packs A Day said…
I would say they are night cards.

There are separated light banks reflecting off the helmets, and I seem to recall the Kingdom had a circular ring of lights so if this was from the Kingdome, I'd expect the reflection of the lights to be in arcs, not from from a few separate light banks.
May 22, 2010 at 4:58 AM

gcrl said…
i never went to the kingdome, but the metrodome lights were scattered above the field, not along the seats like a normal stadium. if the kingdome was similarly lit, then judging by the angle of the shadows cast, it looks like the lighting is coming from the seating area rather than more directly above.
May 22, 2010 at 9:06 AM

Dennis said…
Whoa. You have blog minions doing your bidding? That's next level.

Bo said…
Topps very rarely took pictures in domed stadiums until sometime in the nineties. Ditto the other card manufacturers.
May 22, 2010 at 2:48 PM