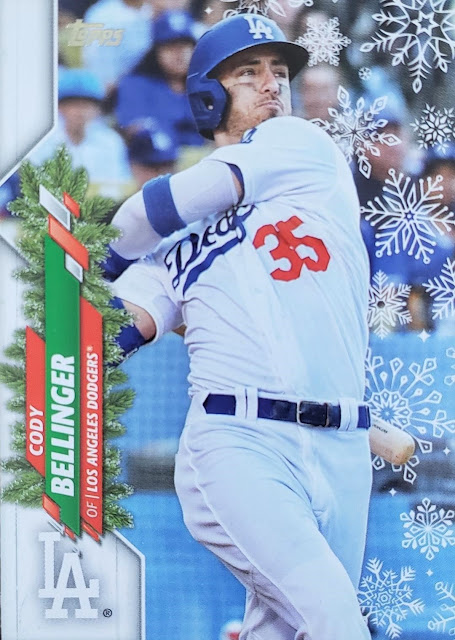 Yesterday, I wrapped up another triumphant dupes box update ... well, it's two dupes boxes now.
I've mentioned that I try to go through my giant Dodgers dupes boxes once a year to organize, adding the new dupes that have been piling up. It's tedious, but feels great when it's finished, and I always find a few cards in there that aren't actually dupes. That's the greatest feeling of all.
It had been two years since I had conducted this dupes box ritual. The cards were really piling up (but not as much as if I had gone two years between updates, say, seven years ago).
The best card that I found that wasn't actually a dupe was the 2020 Topps Holiday Cody Bellinger. It was the last card I needed to complete that team set and had been sitting on my Nebulous 9 list for months! I apparently have no idea what I have in my collection.
Here are the other cards I found from the box that actually weren't dupes: 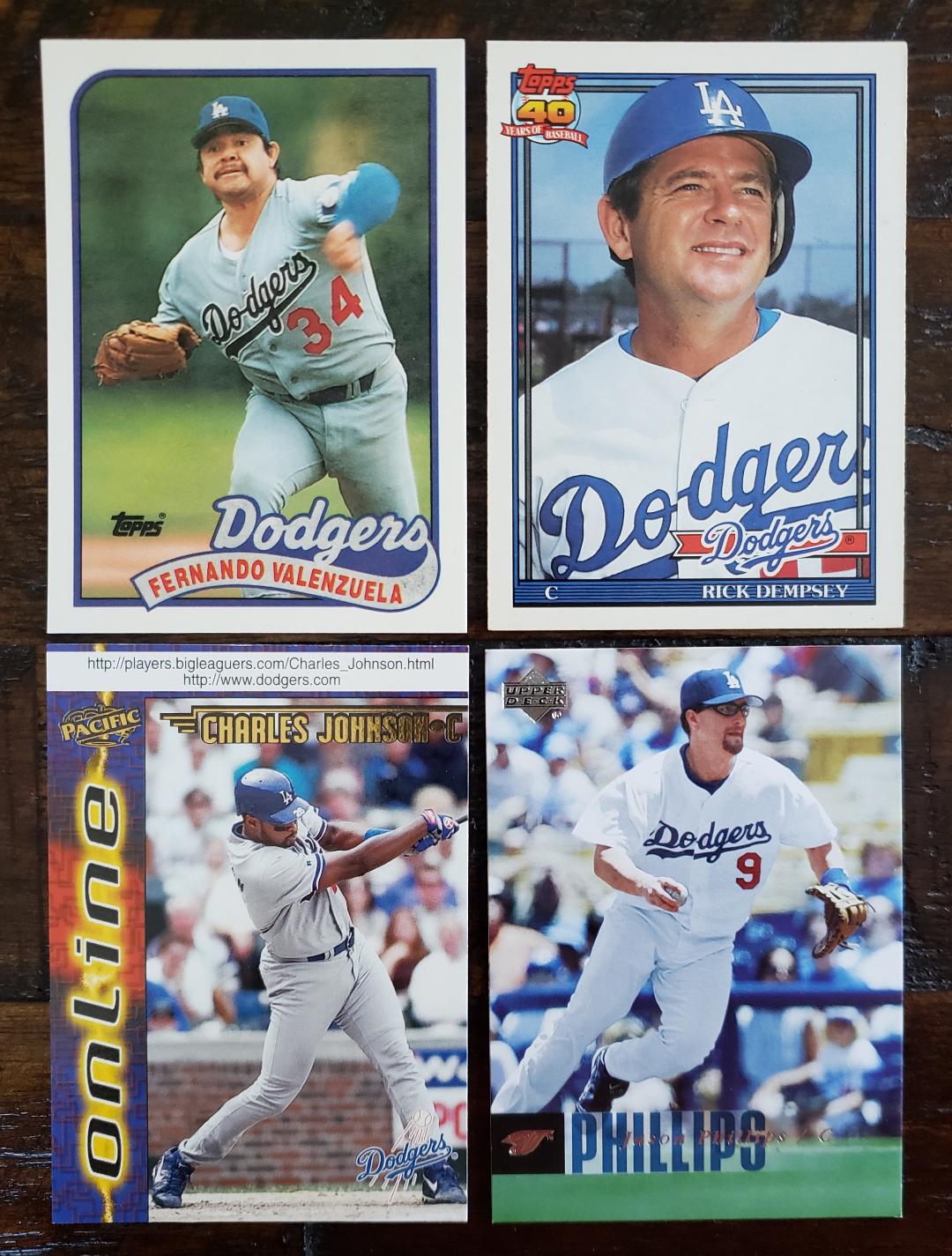 The 1989 Fernando Valenzuela is the Tiffany version. I apparently discarded it thinking it was a regular old flagship card that I have 35 of already. That's some disrespect I showed for that card.
The same thing goes for the 1991 Rick Dempsey. Tiffany also.
The 1998 Pacific Online Charles Johnson is the gold-letter parallel (TCDB refers to these as "web cards," which I suppose is the official name, but there's no mention of "gold" anywhere and if you didn't collect then, like me, you have no idea what "web card" means). The 2006 Upper Deck Jason Phillips counts as a Dodger card and I think I assumed I had.
So unearthing five cards that actually are "new" to the collection is like finding five cards I didn't have on the sidewalk somewhere. I love discoveries like that. It's like a little Christmas gift!
And speaking of Christmas coming early, here's a card that arrived in a PWE last week: 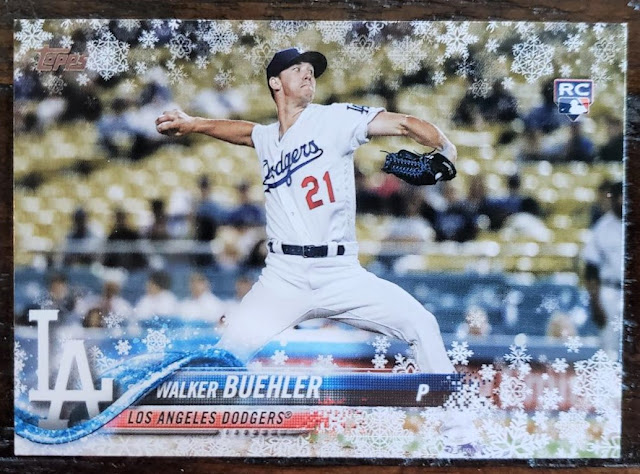 This showed up from The Diamond King. It's the last Holiday Dodger I need from the 2018 set. I simply mentioned this fact in passing at the end of a post last week. And -- voila! -- it materializes in the mailbox! Thanks, Kevin!
Just when you think nobody reads this thing anymore.
A weekend where I get to organize my collection a little, and unearth some unsuspected cards I actually need, and open up an envelope with a card that finishes a team set, really makes me happy. It's been a nice two days.
And, as always, if somebody needs Dodgers cards, hit me up. I've got two giant boxes worth.

Nachos Grande said…
Merry Christmas (early)! Always fun to find cards you need in a pile of cards you thought you didn't need. Unfortunately for me, my organization usually goes the other way...I'll have a pile of cards that I think is complete only to realize that somehow I missed a card along the way!
October 2, 2022 at 8:29 PM

I need to do a doubles sort of my Browns cards sometime. I'm sure I have cards in there that are supposed to be in my collection.
October 2, 2022 at 11:24 PM

Nick said…
One of my (many) fears about not checking through my doubles is that I'm worried I'll pass over a Tiffany card - glad you unearthed a couple! I bet there's at least a few Tiffanys I need sitting in my dupe boxes right now (shudder).
October 3, 2022 at 1:28 AM

Martin from Belgium said…
Merry hobby Christmas! My daughter decided she could plausibly and simultaneously continue to tease me about my baseball card obsession AND request cards of her favorite player, Justin Turner. If you have some extra JTs, I'd love to take a look. Thanks!
October 4, 2022 at 4:34 PM

night owl said…
Martin, I have plenty of extra JTs. Send me an email with your address these days. nightlite77@yahoo.com
October 4, 2022 at 8:49 PM