Buying some cards, raising some money 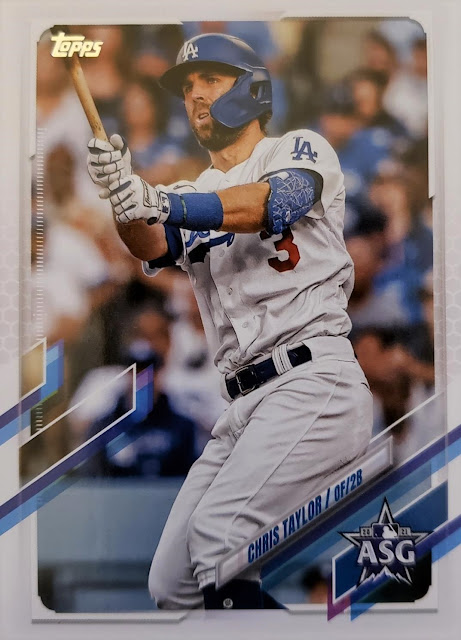 As horrifying as I find Twitter sometimes, there are couple of things it does better than other social media sites.
One is the number of card people on that site who raise money for worthy causes, usually through selling cards. I don't often participate in these drives -- still waiting for the night owl fund-raiser so I can throw buckets of cash at cards -- but sometimes I find something that works for me and it feels good to grab a few cards and donate some dollars.
I think I've mentioned KellysKards before here recently. He holds sales every once in awhile, and he's been donating to The Jed Foundation, a nonprofit organization that works in high schools and colleges focusing on mental health and preventing substance abuse.
I recently received some cards I selected -- they shipped very promptly -- through the Twitter bid process. This can get a little frustrating, because KellysKards sales are almost all inserts and parallels of notable players, which means people are clamoring for them. I'm quite certain that some of the bidders are card sellers themselves, who scoop up the cards immediately for their sale inventory. I don't know if there's a sniping tool for Twitter, but they're suspiciously quick on stuff like Kershaw cards. So it feels good when I beat out one of those people for a card or two.
I didn't pay more than a buck or two for these and many of them were less than a dollar. Right up my lane.
Let's take a look: 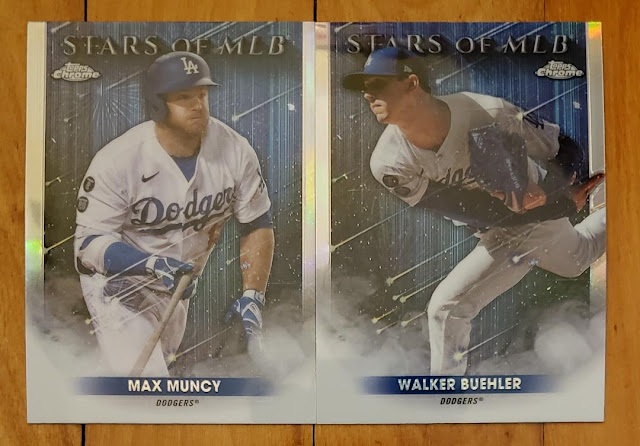 A couple chrome parallels of this year's Topps flagship "Random Stars With No Theme Other Than That They Are Stars" insert. 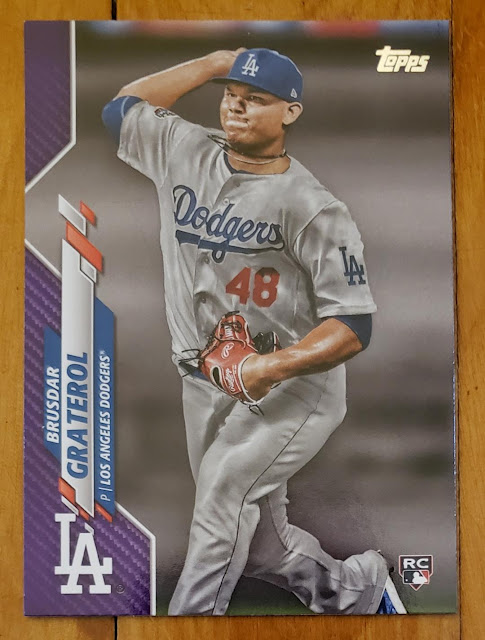 A purple parallel from a couple years ago of rookie Graterol, part of the Dodgers' new closer-by-committee for the postseason. 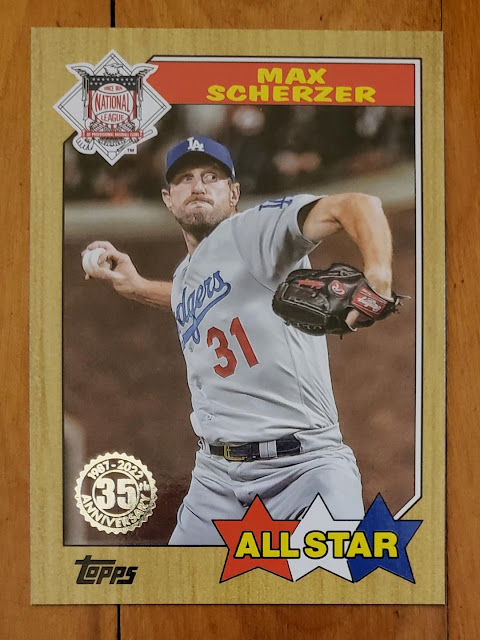 Depending on the 2022 set, you either see Scherzer as a Dodger or a Met. Sometimes he's in the exact same pose wearing either a Dodgers uniform or a Mets uniform -- hmmm, how do they do that? This is the ubiquitous '87 theme all-star insert from Series 2, meaning I haven't done a thing with it. I'm really gonna be snitty if next year's flagship isn't all about 1988. 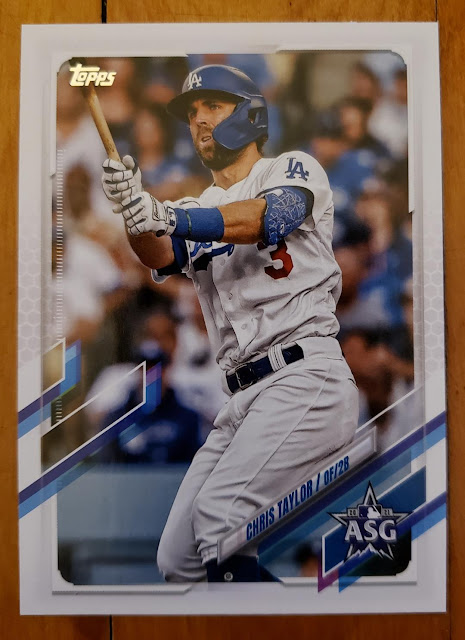 Another insert I haven't done a thing with -- this is from the all-star inserts from 2021 Update. 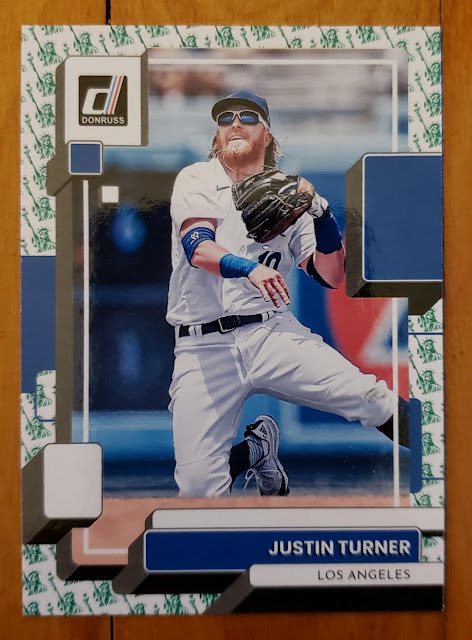 Just no need for this: this is the "Liberty" parallel of Justin Turner's 2022 Donruss card. See the tiny Lady Liberties? So random. I keep waiting for the '90s Microsoft Windows flying toaster screensaver parallel. 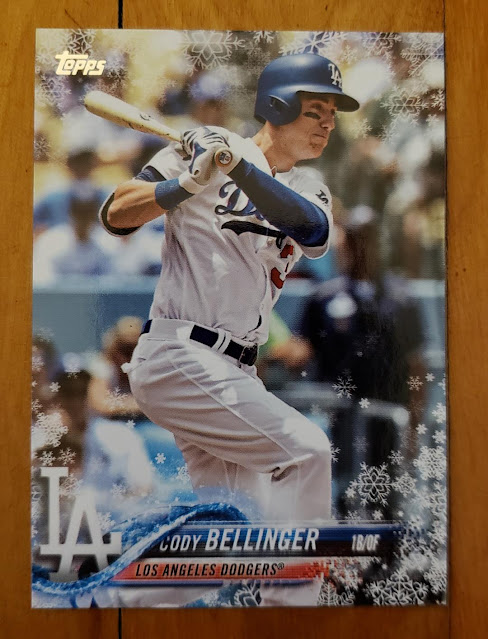 Not a parallel, but one of the two Dodgers I still needed from the 2018 Topps Holiday set. The other is the Buehler rookie card.
I also picked up a smattering of other cards for fellow traders.
While I'm on Twitter and cards, here's a quick transaction I made with Jason, aka @HeavyJ on Twitter, a fellow Dodger fan and frequent contributor to the SABR baseball card blog. He's been looking to finish off his '70s Dodgers sets and I had a couple of extra '72s to send him. 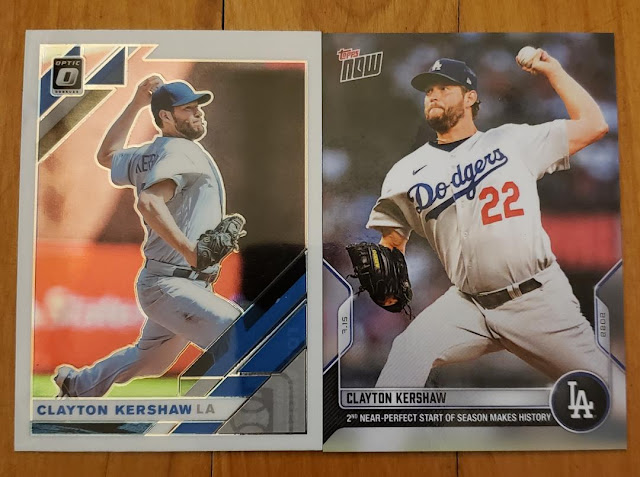 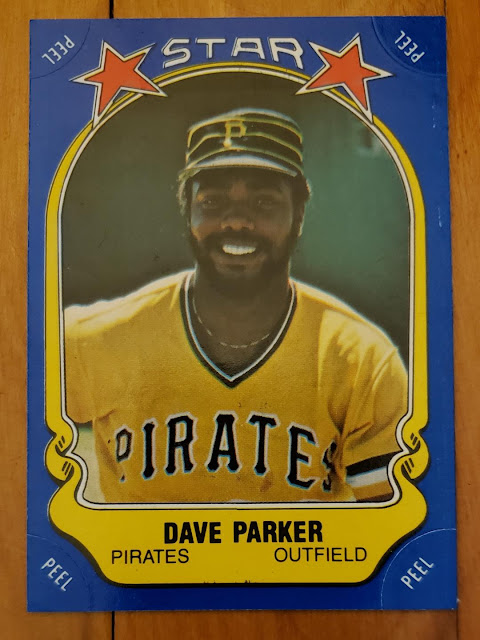 I also received one of the many 1981 Fleer Sticker cards that I needed. I promise to make this a priority in the next year. Jason's also sending me a card for my '85 Fleer quest.
Jason also raises money through Twitter with his card art creations. As you know, I'm not one to dive into custom card art, but I see myself someday adding one his cards to my collection.
So, when you see someone blasting Twitter as an appalling wasteland of vile, corrosive behavior, please nod your head vigorously. But also counter with: "you know they raise money for worthy causes on there by selling baseball cards."
Something to think about.

Johnnys Trading Spot said…
can't ever see myself doing the twitter or facebook or whatever thing. Blogging is just about my limit.
September 25, 2022 at 9:48 PM

Nick said…
Admittedly, Twitter has some great people/collectors mired in the rubble of other slabs and breaker people - glad you found a few!
September 26, 2022 at 6:14 PM