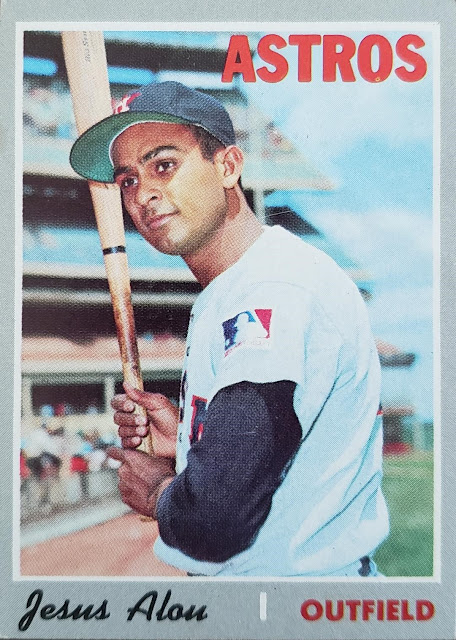 My latest sportlots order is in and I went the "even I can afford that" route, which is mostly sportlots' reason for being.
Most of these were cheap upgrades and easy team set-fillers. There are a handful that don't fit easily into a compartment other than "cards I want."
I'm not going to show the upgrades other than the '70 Jesus Alou up top (replaces the one I have with tape on it) and the '76 Lopes Record-Breaker comparison: 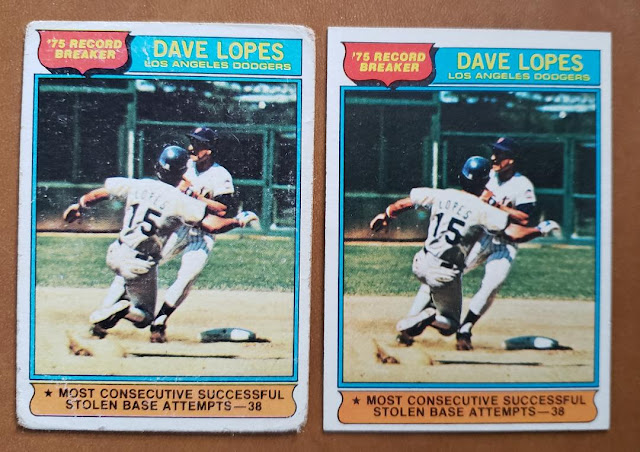 The card on the left harks back to my collecting days in 1976. It's a nice keepsake but doesn't fit with my modern collecting standards. I've owned a cleaner copy in my '76 Topps set for quite awhile but another version for my Dodgers binder has not shown up at the house until now.
The other upgrades are related to the 1975 Topps set, specifically the minis. I will continue to upgrade '75 cards for as long as I'm collecting. Some of the minis I accepted just to get the set done so now it's time to update some of the grungier ones.
Now moving on to the team sets finished: 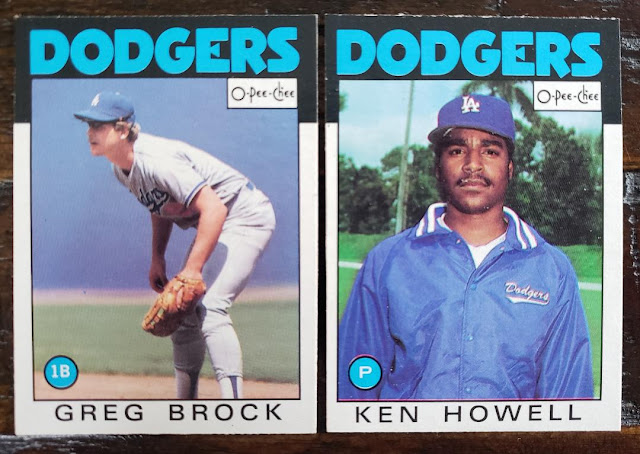 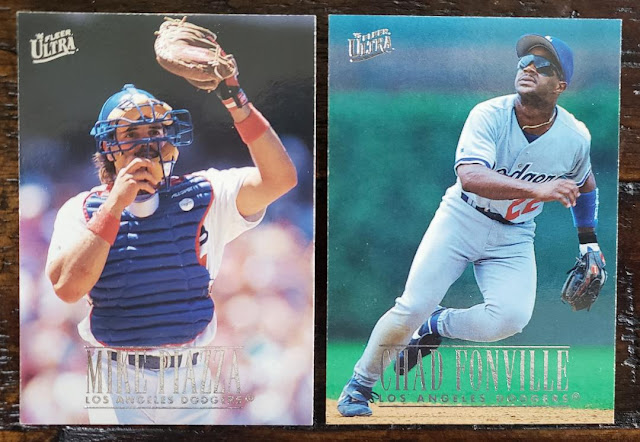 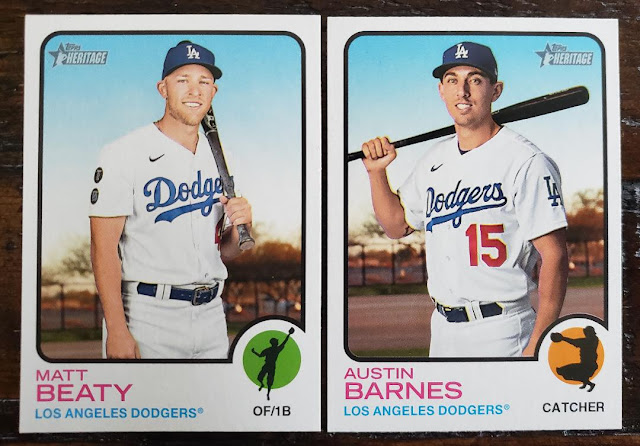 The 2022 Heritage team set is wrapped up, always an annual relief. 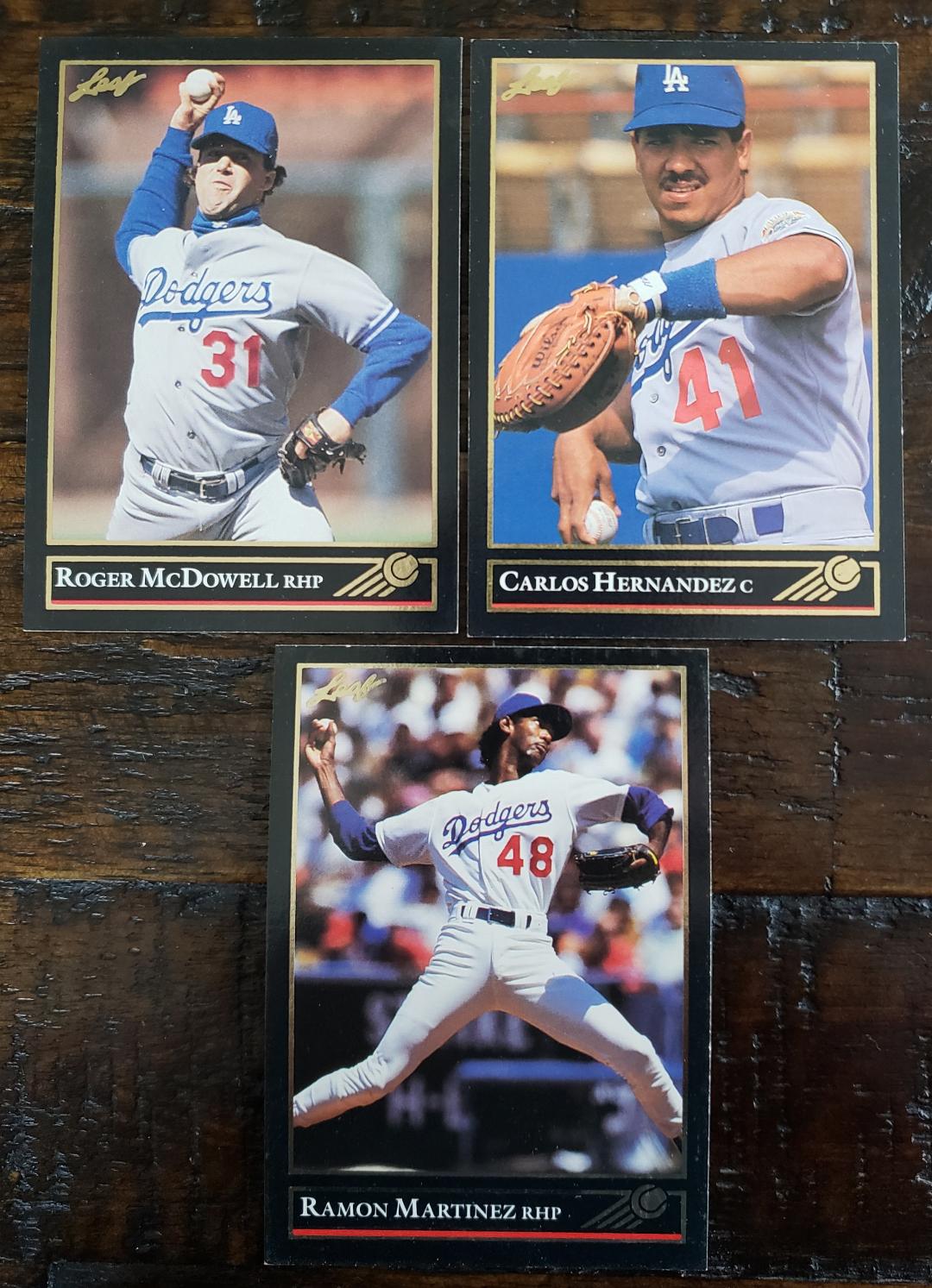 The 1992 Leaf black gold Dodgers team set is complete. I think this is where the tradition of making the base set as dull as dirt so the parallels could look exciting began. 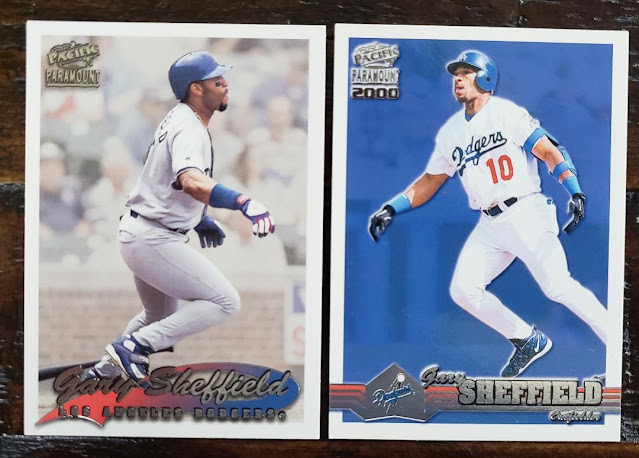 The 1999 and 2000 Pacific Paramount Dodgers sets are out of the way. I believe this was spurred on my a Nachos Grande group break where I suddenly realized how many of my needed cards from turn-of-the-century sets were Gary Sheffield. That just can't be happening.
All right, that does it for sets I completed, but work is still being done on other sets. 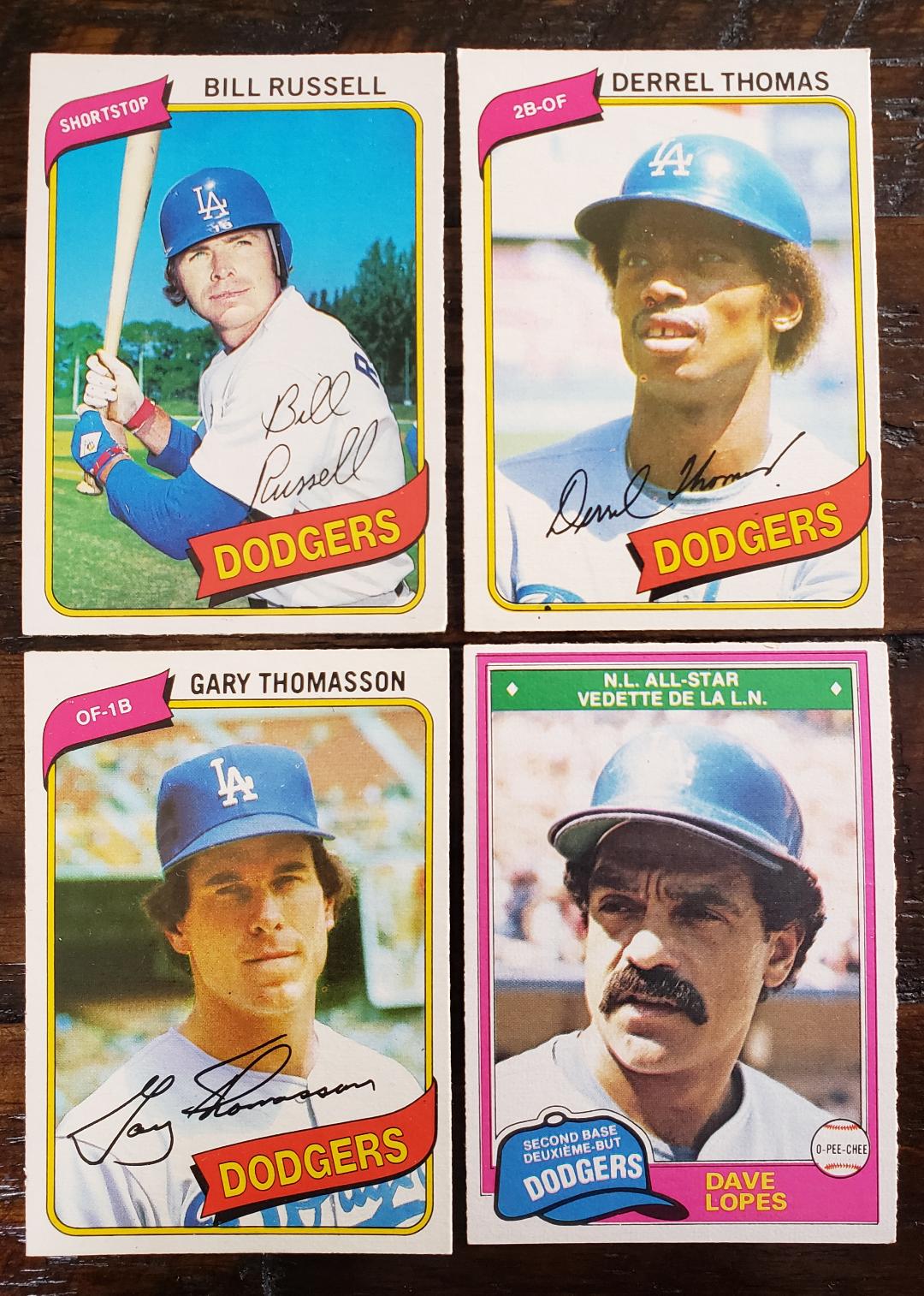 I've been trying to do a better job of taking care of Dodgers OPC sets. The '80s ones are easier, so that's what I'm hitting first. Good progress with both 1980 and 1981 but I still need four or five more in each case. 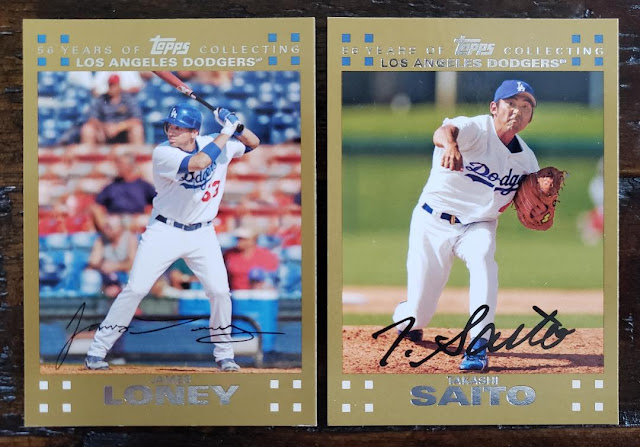 Same goes with gold-parallel Dodgers. These aren't as easy to land cheaply, especially for the notable guys but getting a couple 2007s pleases me, back when gold parallels were still interesting. 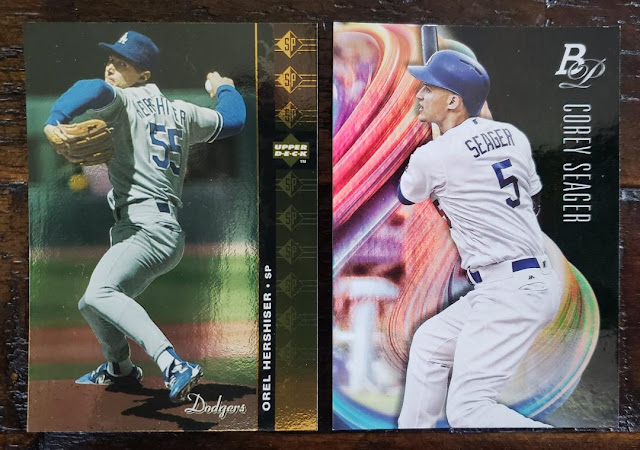 The category here is the exasperating "cards where I have the parallel but not the actual base version" variety. There is so much to be done in the 1994 SP area for the Dodgers and much of it is because I've assumed for years that the parallels were the base cards. Damn confusing time. 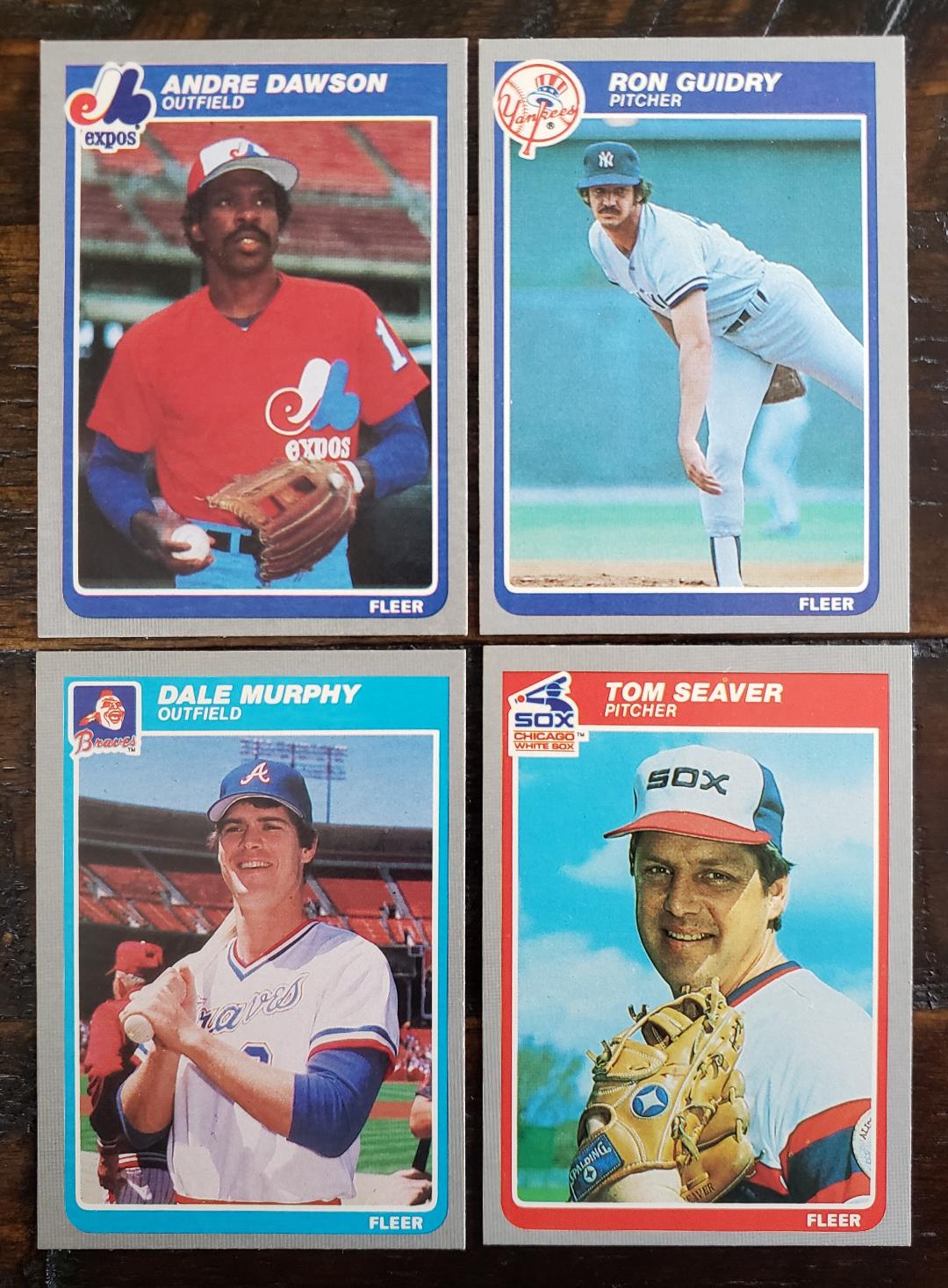 Here is the only non-Dodger set pursuit item from my order. I've made a silent promise to myself (which means it will be broken) to add a few 1985 Fleer needs to every order. It's the only way I'm going to get this thing done. 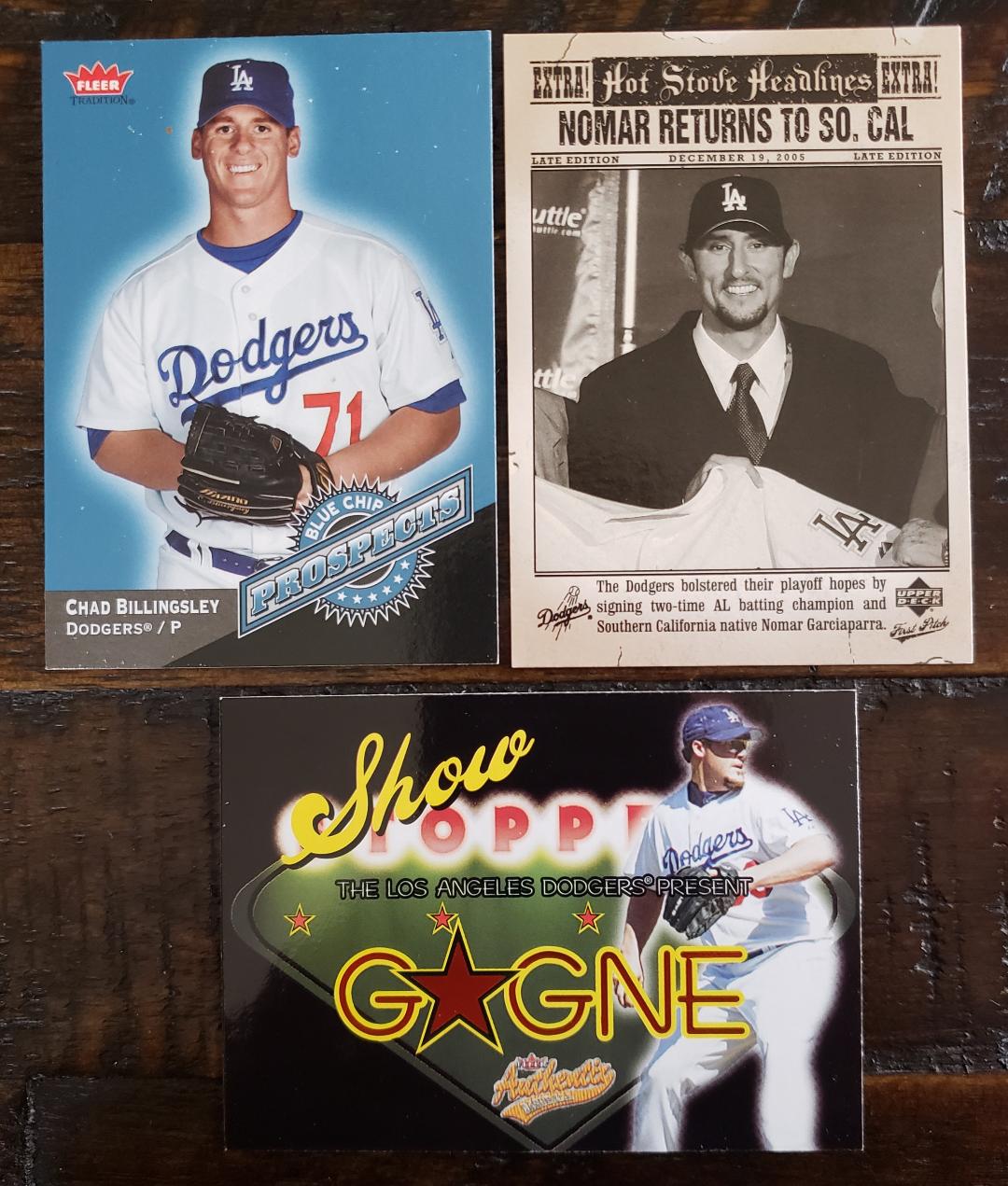 Some random inserts from the 2006-07 period when I was getting back into the hobby. I should have all of these. 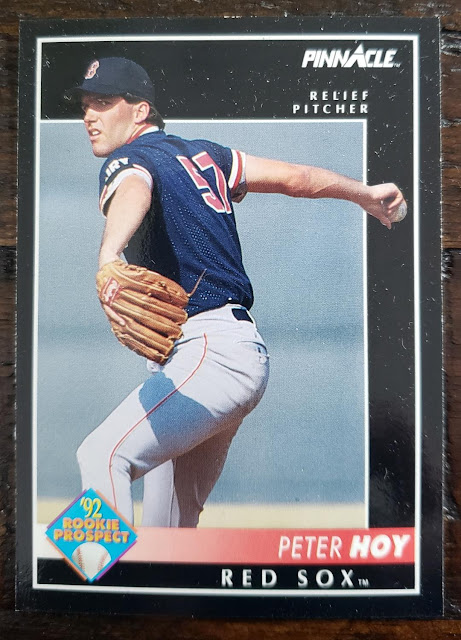 Finally, one card that doesn't have to do with filling sets or upgrading. Peter Hoy was brought up on Not Another Baseball Card Blog recently. I mentioned in the comments that Hoy is now the baseball coach at St. Lawrence University, which means we have talked to him a number of times at the newspaper.
And then I realized: hey, I don't even have a card of him.
An oversight no more.
So, that was an easy, breezy sportlots order. Nothing major, nothing that takes out the budget. But all necessities.
Yes, necessities. Cards are necessities. You should know that by now.

Johnnys Trading Spot said…
Completing the Heritage team set is always fantastic (due to those blasted SPs). I had to take a quick peek at my excel sheets to make sure I had my 2022 done (I do), some previous years are still lagging though. I also checked my 2007 Topps Gold, I only have 3 Braves. Ugh, plenty of the red backs though, lol. I hope you enjoyed that Kobe!
October 4, 2022 at 8:03 PM

Grant said…
Man, that Derrel Thomas is a shape I've not seen on a card before, haha. That Gagne insert is an attractive card.
October 4, 2022 at 8:32 PM

OhioTim said…
This is going to sound like a crazy question, but how does it work on sportlots? How do you pay for shipping? Could you please send me an email about the sportlots process? Thank you
October 5, 2022 at 9:36 AM

Nick Vossbrink said…
Interesting comment about 92 Leaf Black Gold. That was the same year Topps Gold debuted so something was in the water. It was also the 3rd year Leaf was doing the silver ink thing (which I wish they'd stuck with).
October 5, 2022 at 4:13 PM

Jon said…
I feel like Sportlots is still flying under a lot of peoples radar... and I sincerely hope that it continues to do so!
October 6, 2022 at 5:45 PM