Match the song title: Toys in the Attic 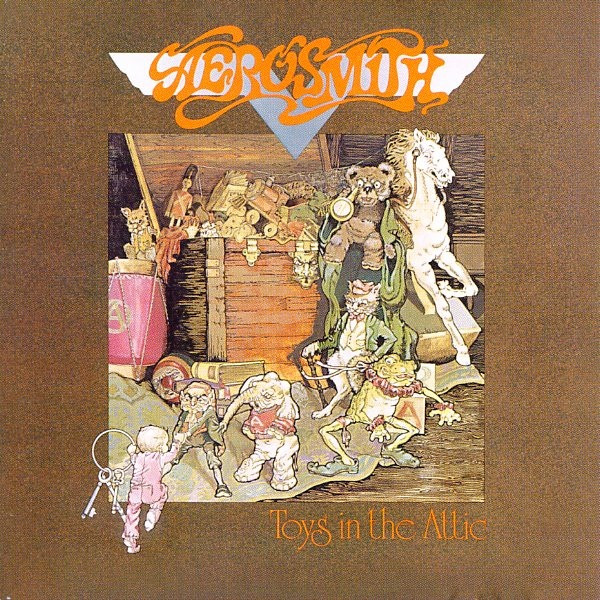 I've been preparing for a new Match the Song Title post for the last two or three weeks, but have been spinning my wheels on what album to pick.
The trouble -- if you want to call it that -- is my musical tastes have changed the last couple of years. Most of the albums I am interested in right now, whether they are old or new, are just not that well-known. Sure, they have cult appeal and some are absolute classics among certain music fans, but most are/were never heard on the radio, at most one or two songs.
That shouldn't prevent me from featuring them in this series, and it won't. But these posts take a lot of effort for nobody to read them. So I'm going with a popular album and band. The inspiration for this came from Nine Pockets' custom card post a couple weeks ago.
I don't like Aerosmith as much as Classic Rock Heads do. The band's classic period was a bit before my time. However, their songs were constant plays on the rock stations I listened to in the late '70s and early '80s. I wasn't listening when "Walk This Way" and "Sweet Emotion" first made the charts, but radio damn well made sure I knew them. I'd say Aerosmith was in the top-five most played bands from that time on those stations.
I have conflicting emotions for this band. First, their style was a bit too greasy and sleazy for me. I prefer Van Halen. Van Halen sounds fun, Aerosmith sounds like I'm going to get cut by a broken beer bottle or contract an STD or both. Second, "I Don't Want a Miss a Thing" is one of the biggest atrocities foisted on my ears.
However, I miss guitar-based bands dearly, and Aerosmith is one of the finest. The guitar is starting to come back in popular music after way too many years away, but I don't know if we'll be pumping out Joe Perrys on a regular basis like in the '70s. Aerosmith is a major part of the rock n' roll handbook that I picked up when I first started listening to music on the radio. It's nostalgia and memories, and I don't like people slagging on "Dude Looks Like a Lady".
"Toys In The Attic" is considered their finest album, when people don't pick "Rocks". So that's what I'm going with for this "Match the Song Title". If you're new to this, it's where I go through each song in a certain album and try to match a card with the song.
So, here's the track list. Here we go:
Match the Song Title: "Toys In The Attic," Aerosmith 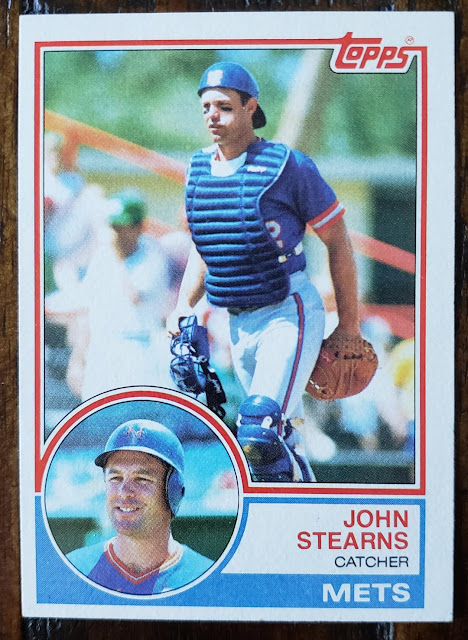 Track 1: Toys In The Attic
There are three solid classics on this album. "Toys In The Attic" is the one that wasn't cut as a single but the rock stations couldn't resist playing it. This is one of the most raucous rock songs that I know.
The phrase "toys in the attic" calls to mind instantly, the baseball cards that were once in the attic of my parents' house and, specifically, the ones from 1983 Topps. I collected '83 Topps, but it was the last time I would collect traditionally, by buying packs for several years. I graduated from high school that year and that brought to a halt my collecting habit. As I prepared to enter college, those cards went into the attic shortly afterward. They became the "newest" of the attic cards. And when I pulled my collection out of the attic when I moved into an apartment years later, the '83 Topps cards were the most interesting to me because I hadn't had time to get to know them like I did all those other years I collected pre-1983.
RIP, John Stearns. 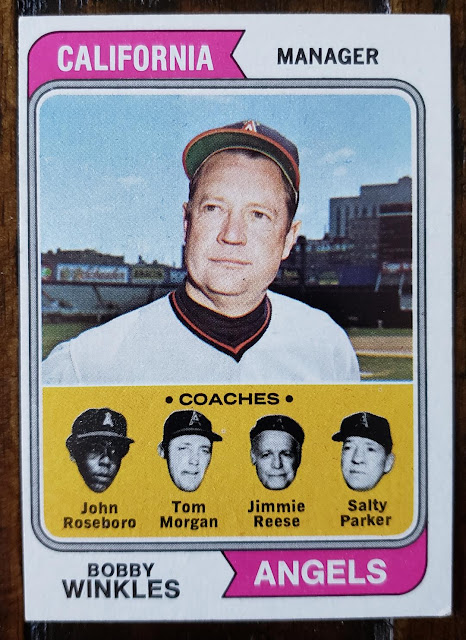 Track 2: Uncle Salty
Here we are with Steven Tyler singing about bordellos and the sexual assault of a child. ... The stuff we didn't know back then.
Except for a minor league issue or two, Salty Parker appears only as a disembodied head on baseball cards, in 1960, 1973 and 1974 Topps. He seems like the perfect ghostly topic for this Halloween month. 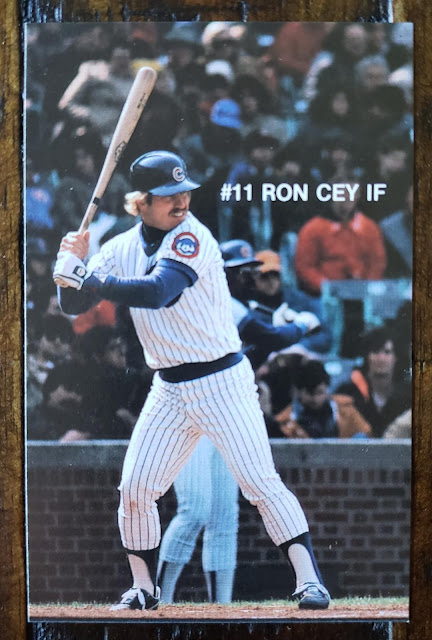 Track 3: Adam's Apple
This is Aerosmith's take on the Bible story with Tyler and the band's style as slippery as a snake. In brighter apple references, how about a 1983 Thorn Apple oddball issue of The Penguin? It's a strangely shaped card to go with that strange uniform that Ron Cey didn't wear. Also if you block out Leon Durham's face in the background, it looks like Cey has four legs. 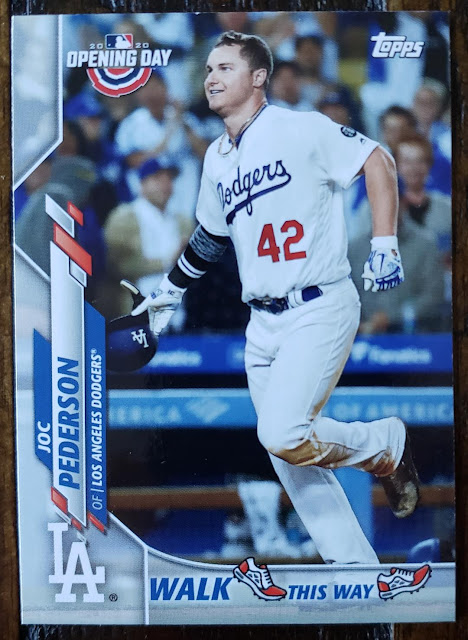 Track 4: Walk This Way
No hiding the lyrics hear, everyone heard "little skirt's climbing way up her knee." This song was so powerful and prevalent that Run DMC used it for their own, revived Aerosmith's dormant career and now when you look up the lyrics to "Walk This Way," Run DMC is the first reference you see. But the original is still all I hear. I'd put it in the top 25 songs of the '70s, even if Aerosmith isn't exactly my style.
Opening Day's "Walk This Way" insert is the only Aerosmith reference you'll find on a Topps baseball card. At least I think it's referencing Aerosmith. The band says they got the title from a line in "Young Frankenstein," so maybe someone at Topps is a Mel Brooks fan. 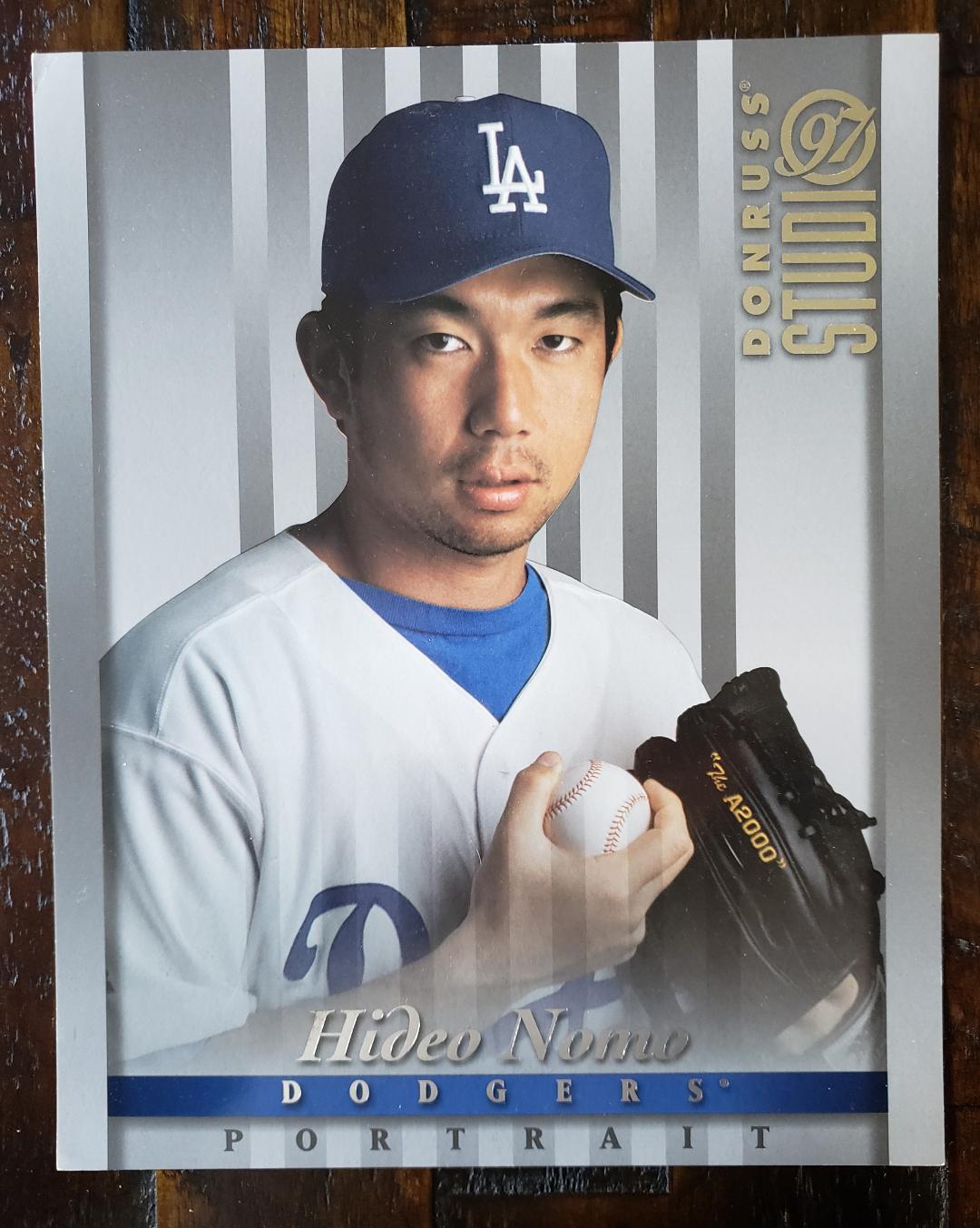 Track 5: Big Ten Inch Record
Aerosmith covered a blues song from the 1920s that's full of sexual innuendo and double meanings. It was considered a low-class novelty at the time, but it's become a fan favorite over the years.
I don't have any 10-inch records, which I believe are the old 78 rpms. But I do have a few 8-by-10-inch baseball cards. They loved putting stuff like this out in the '90s, all of it destined for the "this doesn't fit anywhere binder." Nomo, however, has found one of the few one-pocket pages I have. 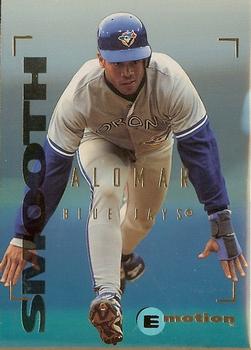 Track 6: Sweet Emotion
One of the most memorable bass lines of all-time, and I never knew until researching this that what sounds like maracas is actually Tyler shaking a sugar packet. I go back and forth over whether I like Walk This Way or Sweet Emotion better. I've definitely heard WTW more and first, but Sweet Emotion has a coolness that sucks you in.
I went right to the Emotion sets of the mid-1990s for this song, hoping to find a card that uses "Sweet" as the saying. Would you believe there are none in two years of this set? This seems like a complete wasted opportunity. I mean how many times have you heard someone say a batter has a "sweet swing"? Were their copyright issues? How great would it be to have a "Sweet" Emotion card? Best I could do was this "Smooth" card. 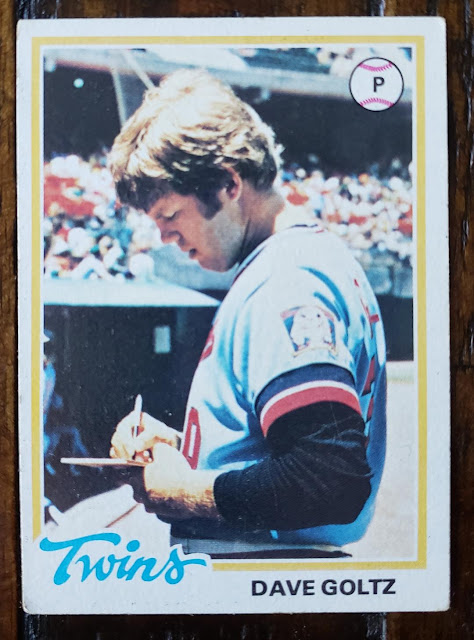 Track 7: No More, No More
A song about how the ritual of the road seems exciting at first as a musician and then it becomes the same old, same old.
The collecting comparison for this could be opening packs of 1978 Topps and getting some of the double-printed cards over and over again. Jose Baez, Ray Fosse, Dave Goltz. I still have those double-prints memorized because that's when pack opening stopped being exciting. 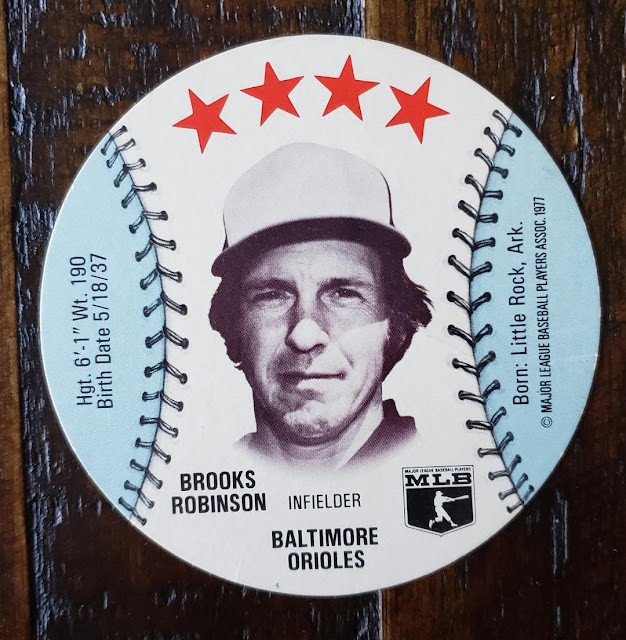 Track 8: Round and Round
Possibly the hardest song on the record. In card world, Round and Round means those crazy discs from the '70s and how they drive me round and round with all of their back variations! 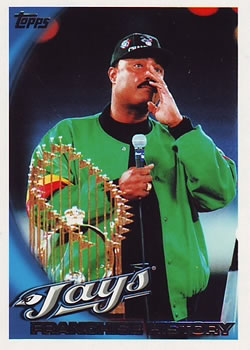 Track 9: You See Me Crying
Quite a different song compared with all of the others on the album and one that Aerosmith hasn't done much in concert because it's so difficult to sing.
Also not appearing much are cards showing baseball people crying. This is one of them.
And that's where the needle comes off the record.
There is no denying that Aerosmith is one of the bands that is at the foundation of my interest in popular music. Them and the Stones and Zeppelin, The Who and the Beatles. While I've been moving into more alternative music ever since the 1980s, the rock from the '70s still feels like home and when some current band breaks out a guitar riff, I feel as warm as seeing those card designs from that decade.
But the next time you see a post from this series, it's probably going to be some band for which many people couldn't name one of their songs.

Nick Vossbrink said…
Way down in the deep recesses of my memory I found myself remembering "wasn't there a player whose nickname was Toys in the Attic" and pulled up Moe Drabowsky as a crazy feat of word association. Googling around and i's not Drabowsky but his parrner in pet store hijinks Frank Bertaina who actually had that nickname.

Johnnys Trading Spot said…
Three or four of those were definitely playing all of the time back then.
October 3, 2022 at 7:29 PM

Brett Alan said…
Is "Walk This Way" the first time a card has actually had the full title of the song on it, other than maybe a song titled with a name or something?
October 3, 2022 at 9:05 PM

Nick said…
I usually point to Aerosmith as a band that I'm almost perfectly apathetic about. I rarely listen to them on my own, but I'll never complain if one of their songs pops up somewhere. "Toys in the Attic" (the song) is probably my favorite by them, and R.E.M. does a great cover of it on one of their outtake albums!
October 3, 2022 at 9:05 PM

Until 6 months ago, I swore this song was from late 1980s/early 1990s (around the Silverstone video) when Aerosmith has a revival after Run DMC WTW.

Jim from Downingtown said…
The Senators had a pitcher whose nickname actually WAS "Toys in the Attic", so there's that...
October 4, 2022 at 1:07 AM

Matt said…
I tried to read "Does the Noise in My Head Bother You?", Steven Tyler's autobiography. It reads like it came from a hippy rocker who's done more than his fair share of drugs. It was incomprehensible and I could get through it.
October 4, 2022 at 10:15 AM

Bo said…
I never knew Aerosmith got "Walk This Way" from Young Frankenstein. The things you learn from a baseball card blog.
October 4, 2022 at 10:19 AM

gregory said…
Great storytelling, as usual. After a quick search of your blog, I see that I've missed quite a few posts in this Song Title series. I've got some catching up to do!
October 5, 2022 at 8:30 PM

Jon said…
I'm really not much of a fan at this point, and never was to any degree. I used to like a few songs though, but now it's whittled down to pretty much just "Back in the Saddle".
October 6, 2022 at 5:41 PM