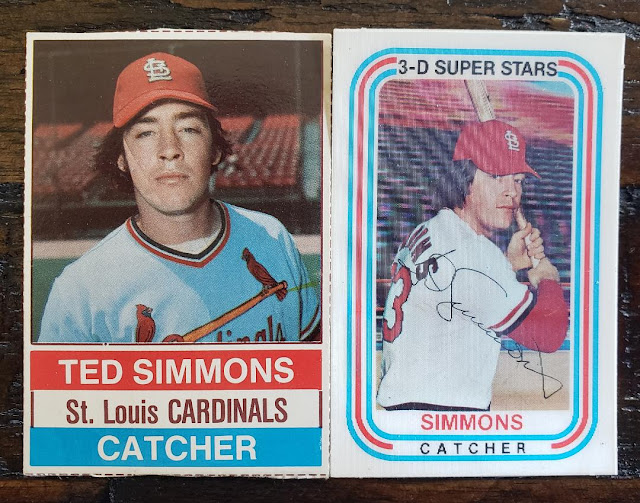 This post probably would have been more timely last year, on the 45th anniversary of the bicentennial, and these two sets. But I hadn't completed both of them last July 4th.
I finished the super-patriotic 1976 Kellogg's set in December 2019 and the equally patriotic 1976 Hostess set in December 2021. This is the first Independence Day where I have all 207 cards here with me ... forever.
These are among my favorite sets of all-time, they strike right at the heart of being a kid and everything that was happening then. But I showed every cards in each set when I completed each one, so there's no need to do that now.
Instead, I figured it would be fun to find out which players had cards in both sets. What a thrill that would be for the player!
Well, it turns out a whole bunch of them appeared in both the Hostess and Kellogg's sets. It's really no exclusive feat. 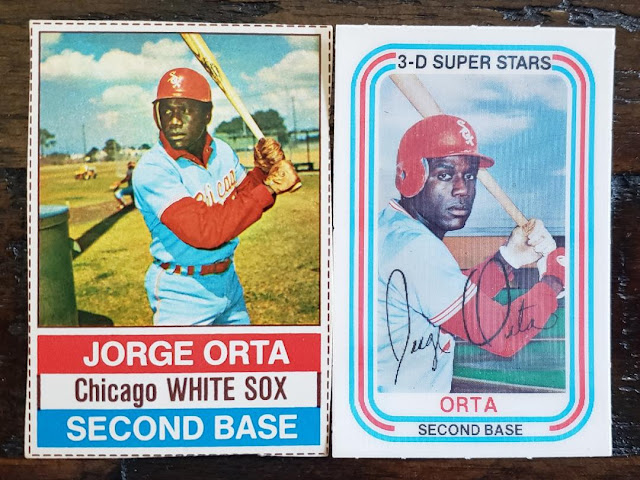 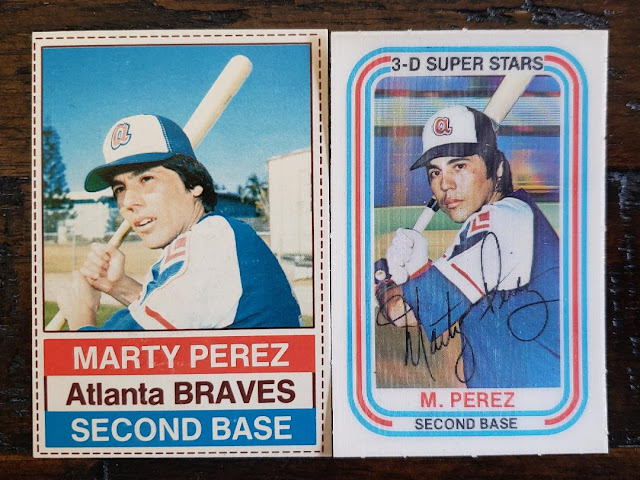 Heck, Jorge Orta and Marty Perez appeared in both sets! It's not like this honor was reserve only for Rose and Reggie.
So I went in the opposite direction. Which players appeared in just one of the sets? (I realize this negates the title of this post).
Specifically, I wondered about those who appeared only in the Kellogg's set. There are only 57 cards in the Kellogg's set and 150 in the Hostess set, so getting into the Kellogg's set is a bit more exclusive. Getting a Kellogg's card and not a Hostess card really feels like gaining admittance into a special club. After all, Carlton Fisk, Nolan Ryan, George Brett and Robin Yount did NOT receive Kellogg's cards in 1976.
So here are the players exclusive to Kellogg's in '76: 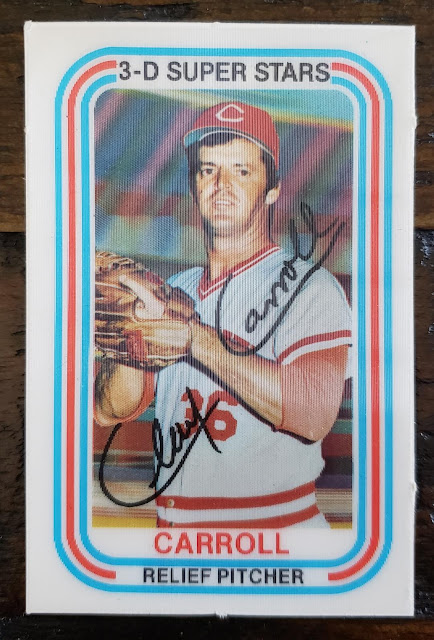 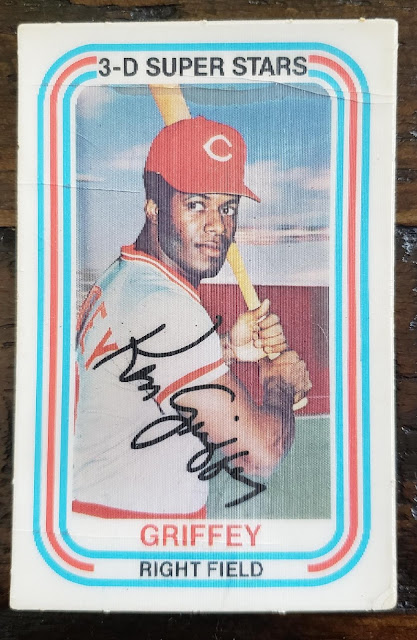 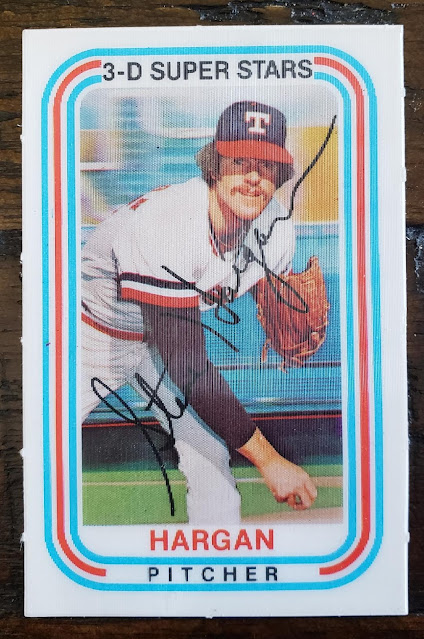 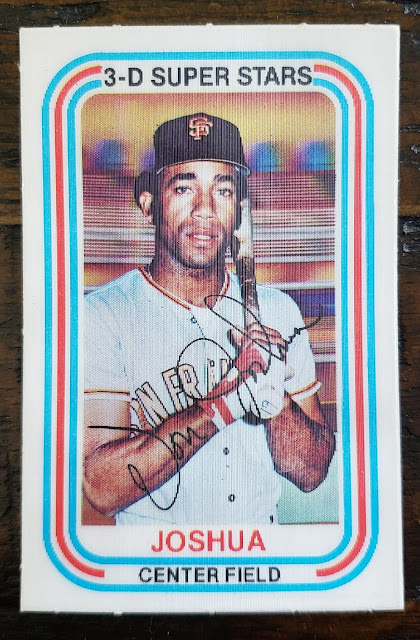 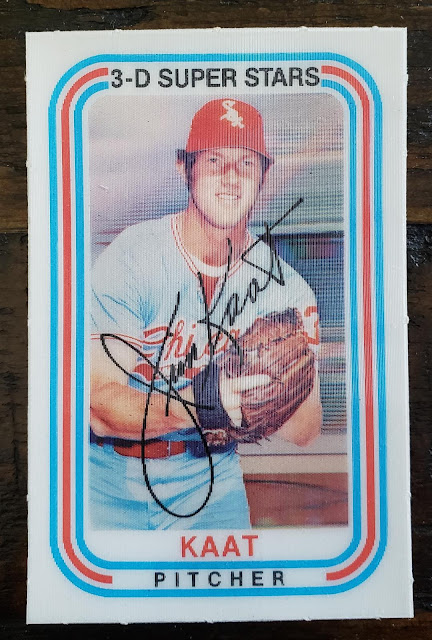 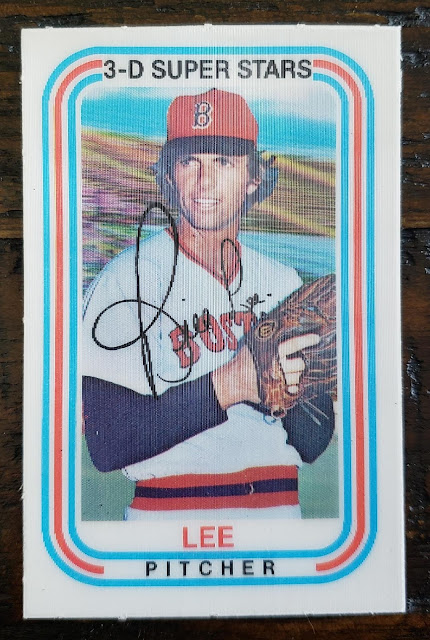 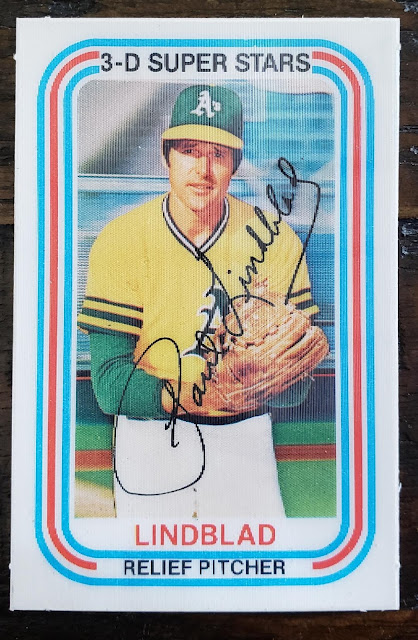 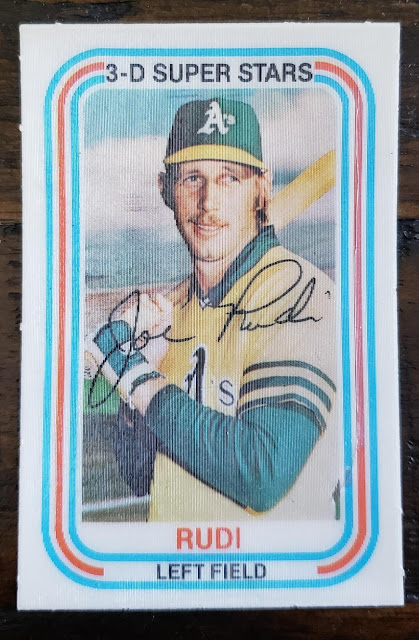 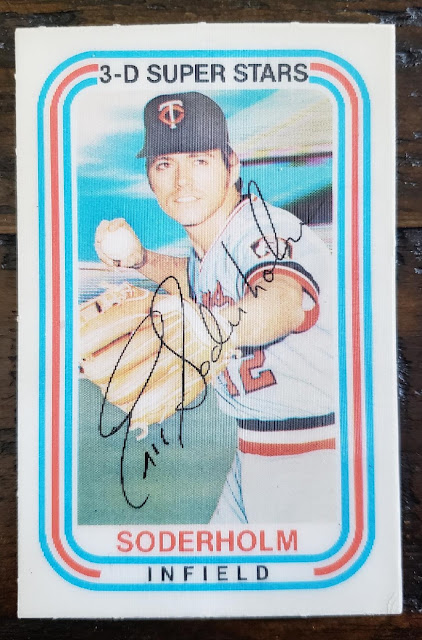 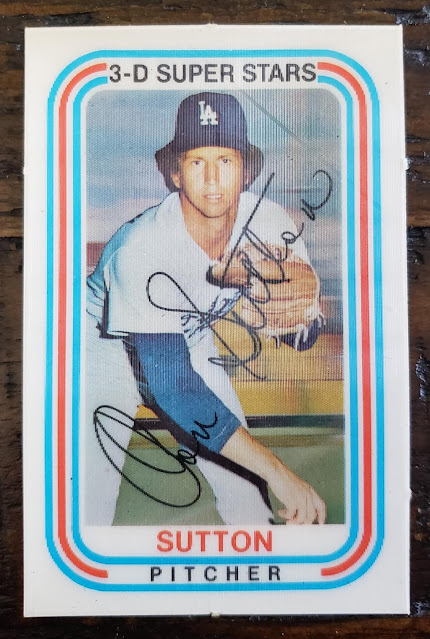 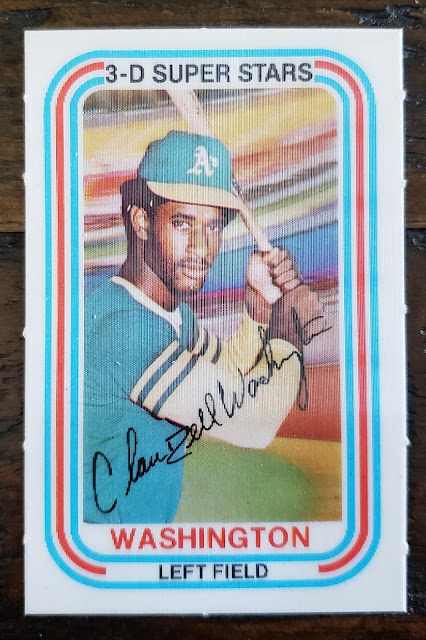 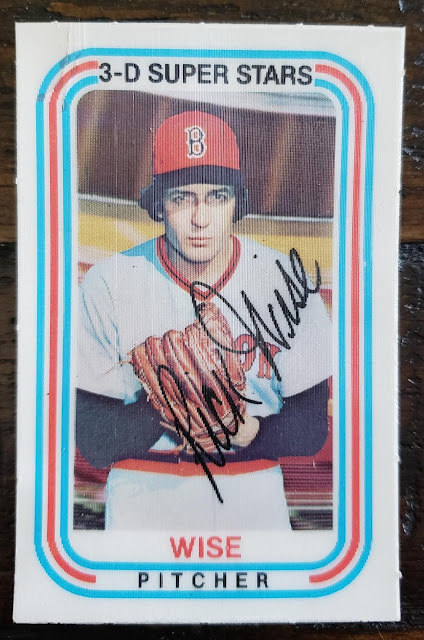 That's the dirty dozen who somehow did not show up in the 150-card Hostess set that year.
A few are understandable, Kellogg's had this way of plucking some obscure players from the roster and giving them a card. It also liked jumping on young players who were enjoying a breakout year, such as Joshua and Washington. But I'm not sure why Rudi, Griffey and Sutton were left out of the Hostess set that year.
That's all of the fireworks I have for you this year. This was more an exercise to settle my own curiosity. I enjoyed it immensely, especially pulling those '76 Kellogg's cards out and admiring their pristine make-up. They really were the high-end cards of my childhood and they look so beautiful, especially on this day.
Happy Independence Day. May you always have the freedom to play with your cards.

Old Cards said…
Way to go on your set completions and thanks for giving us something to read even on a holiday. Happy July 4th! I thank God for the privilege of living in the greatest nation ever and for the blessings of freedom.
July 4, 2022 at 8:43 PM

Fuji said…
Man. Even on America's birthday... you're pumping out well researched posts. Great stuff. There are some pretty big names missing from the Hostess checklist.
July 5, 2022 at 12:02 AM

runfore!kelloggs baseball cards said…
Two of my favorite sets as well. I've been trying to collect the Hostess cards in complete box format, but I may need to re-think that.
July 8, 2022 at 8:30 PM