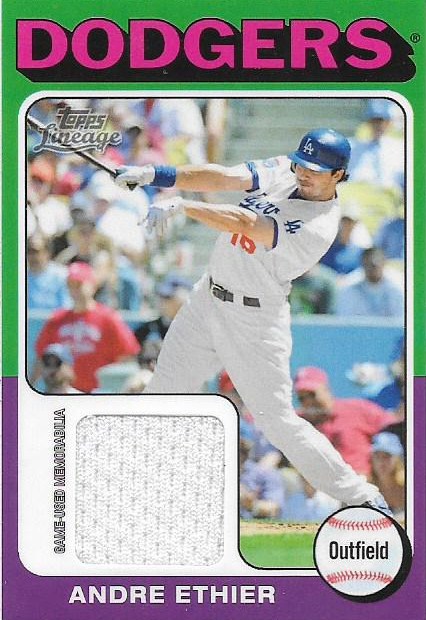 I went bananas for it and I completed the full 200-card mini insert set. This was full-on mini overload because I was accumulating both the original '75 minis and the 2011 Lineage minis at the same time. It's a wonder I made it through the entire period without being thrown into the funny farm.

That was an exciting time, filled with fun, colorful mini-sized cards to collect.

But one colorful mini-sized card that I didn't get behind at the time were the Lineage mini relic cards that were parallels of the '75 Lineage mini cards.

I've never been a relic collector and these cards offended my sensibilities as a '75 mini-lover. How dare they mess with the absolutely perfect '75 mini design by obscuring it with a square piece of cloth!

In fact, this is what I said in one of those miinnnnnnnnnniiiiiii posts:

Although I love Clayton Kershaw cards, and still enjoy relic cards ... we do not mar the classic '75 mini with one of those modern fool inventions. The '75 mini is perfect as it is. A slice of colorful heaven. But this card features a non-colorful, white expanse of cloth obscuring the photo image. You do not obscure the photo image on a '75 mini.

It looks like the card has an owie and is wearing a bandage.

Plus, there's another version of this Kershaw jersey relic card with a gray swatch instead of white. Gray? Gray has no place in a '75 mini. And two different relic swatches? What have you done with my '75 mini, man?"

You kind of get the idea that I'd punt these cards out of my home if they ever found their way inside.

But not only did I keep that Lineage mini Clayton Kershaw white-swatch relic, but I kept the gray-swatch relic one, too. 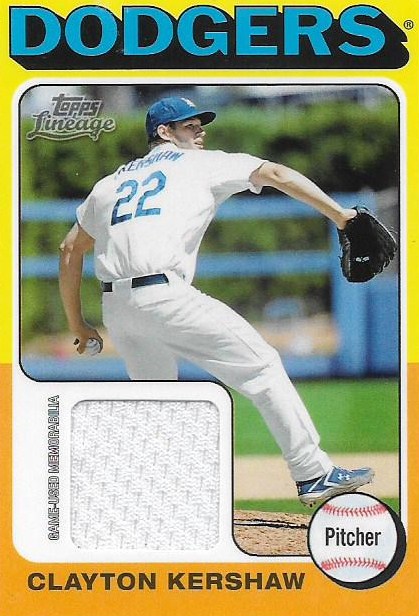 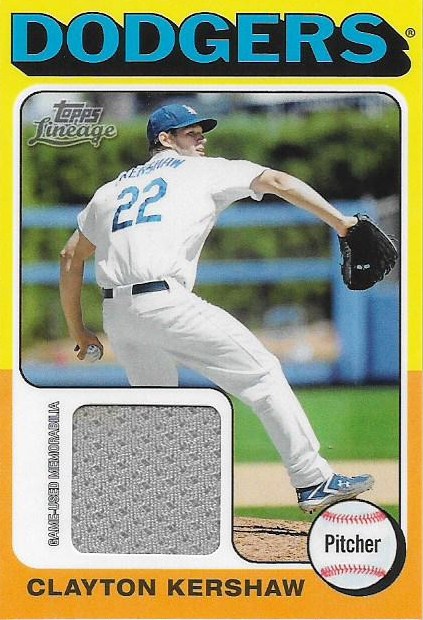 And I landed the Andre Ethier Lineage mini, as well, and secured that in my collection.

There they sat and I didn't think anything more about them. I wasn't offended by them anymore but I didn't feel the urge to find any others.

Move forward eight years and fellow collector Greg, whose had some card blogs in the past but I know mostly as @grogg on Twitter, asked me if I'd be interested in some '75 Lineage mini relics from his collection.

You see I'm a known lover on more than one social media platform of all card things '75 and definitely all things '75 and mini, so people find me when they have something along these lines.

Having completely forgotten my eight-year-old strict stance on these "affronts" to everything '75 mini, I welcomed the offer and a tidy, suitably mini-sized stack of square swatches sidled up to my door. 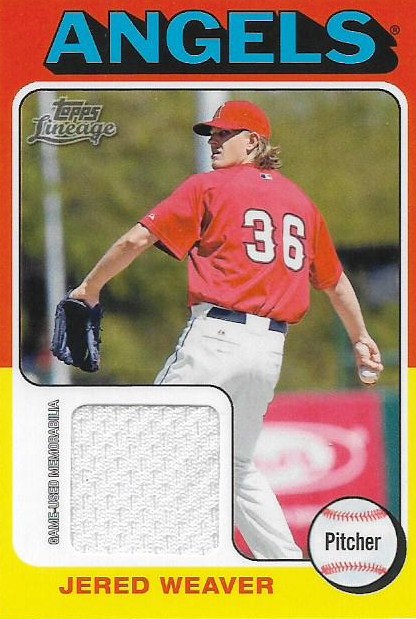 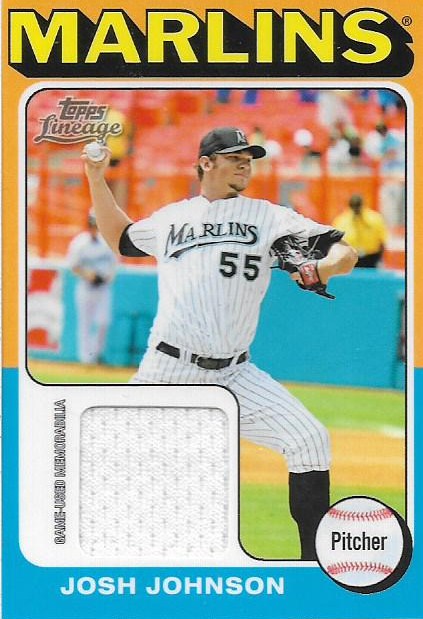 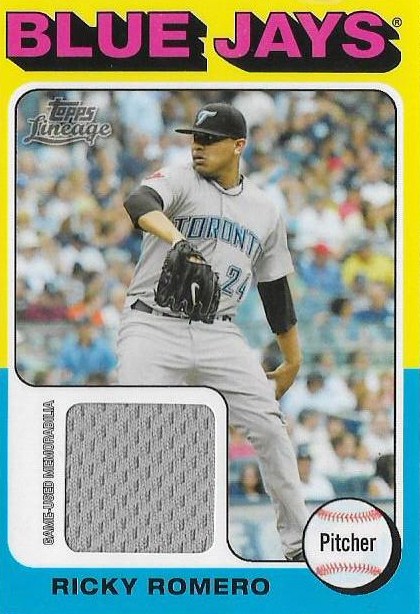 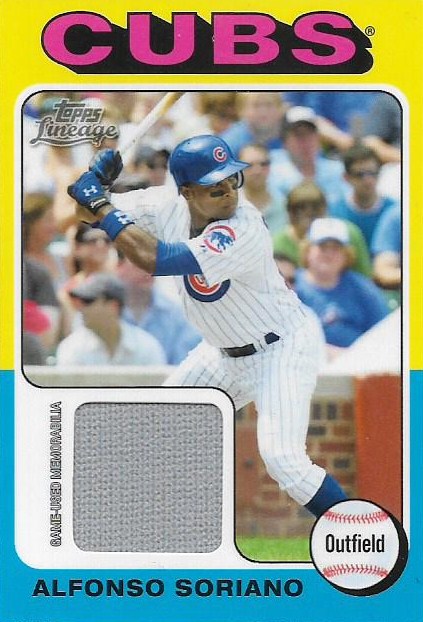 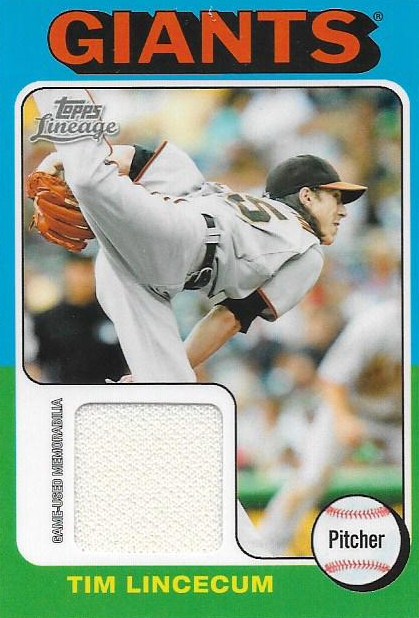 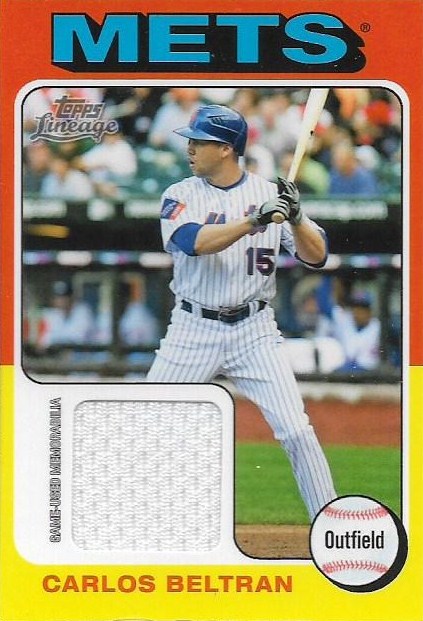 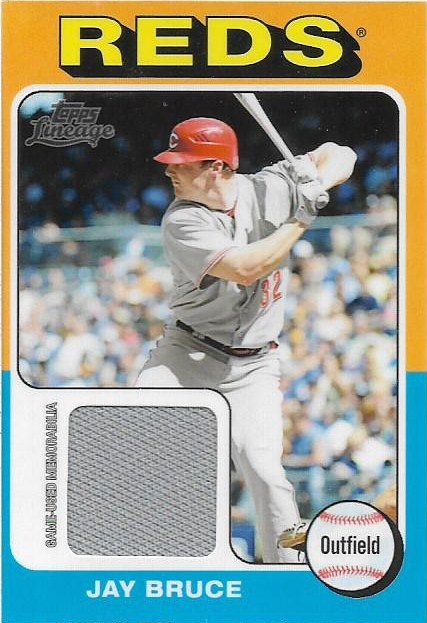 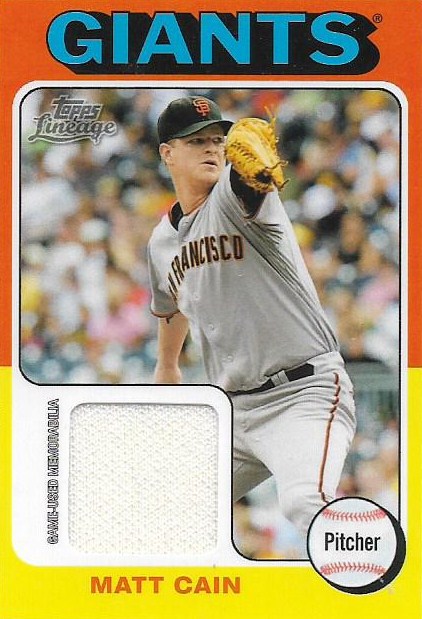 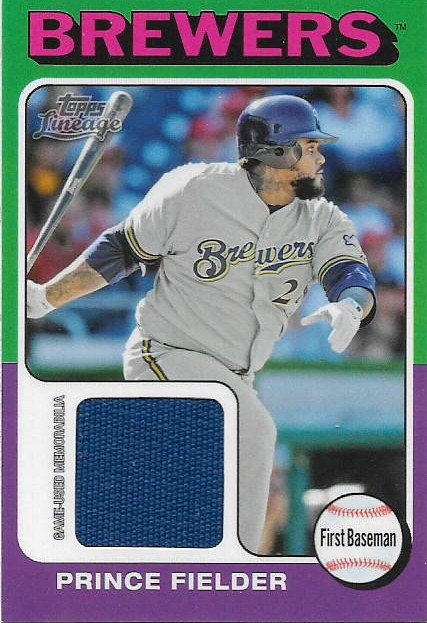 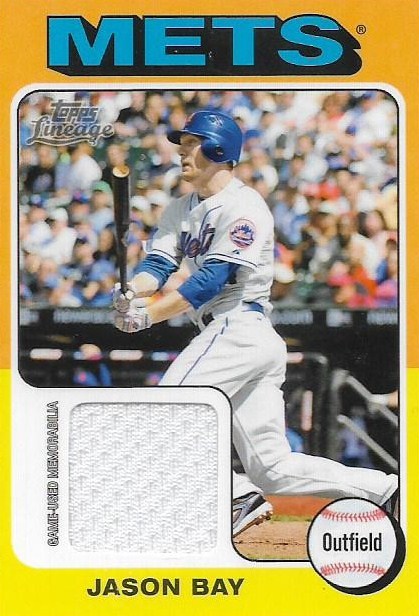 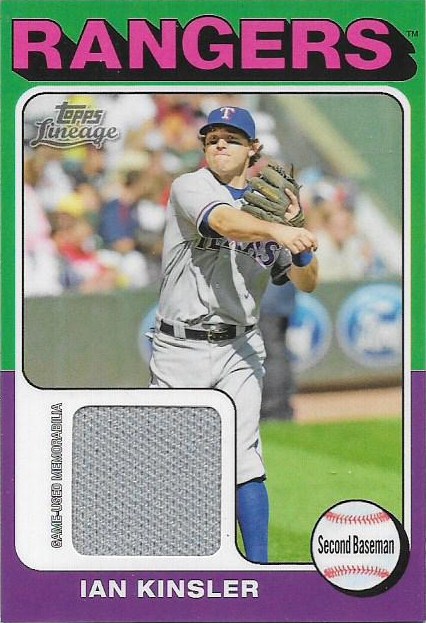 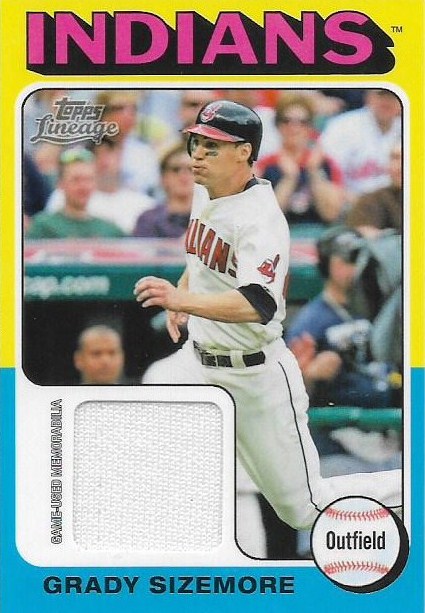 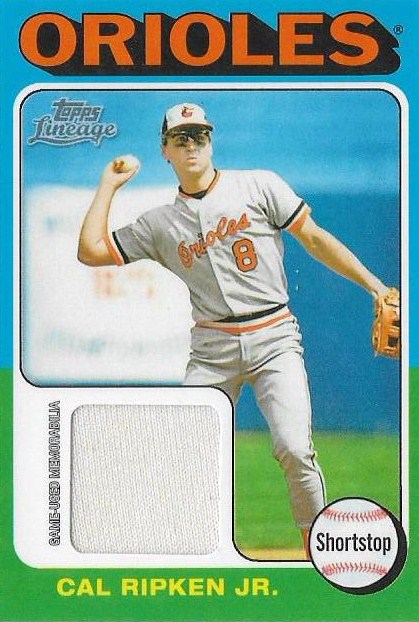 How's that for a bunch of people who were a big deal in 2011 and no longer are? (Except Ripken, of course).

I admit that getting all of those colorful minis all at once was a bit intoxicating. I no longer am appalled by the swatches on each '75 design and in fact quite like them. Topps has riffed on its old designs so often since this time that it almost seems quaint that I was bothered by it in the first place.

And, I started to think in that giddy state that maybe I should attempt to finish the job and complete the set. I had 15 of them, now, after all.

I did a little research to see who else was in the relic set.

I think I will sit this one out.

It's nice to have this selection, and this will get me to seek out the Matt Kemp and Duke Snider relics that I'm still missing from the Dodger column, but I've already completed the Lineage base set and the '75 mini insert set and that's enough.

Night Owl from 8 years ago is now saying, "Phew! That was close!"

Nachos Grande said…
I went hard after the 2011 Lineage set myself but for the relics I've only tried to collect the Reds. In what I'm sure isn't a surprise to anyone, the only Reds relics I still need from that set belong to some dudes named Bench and Perez.
September 19, 2019 at 9:11 PM

BaseSetCalling said…
I have always wondered if any of the relic versions have variant photos. I doubt it, but I still wonder.

Nick Vossbrink said…
I feel like if Topps were to do this now they'd replace the position baseball with a circle-shaped relic and things wouldn't look as awkward.
September 20, 2019 at 10:16 AM

Steve at 1975BaseballCards.com said…
I realny like this set and have been chasing some base and relics. I’m looking for the Nolan Ryan relic.
September 21, 2019 at 10:59 AM

Henry Blanchette said…
If you ever change your mind, I'm sure your readers and fellow bloggers would be more than willing to help you out. It's not much, but I have David Price's relic and its yours if you want it.
September 21, 2019 at 7:18 PM