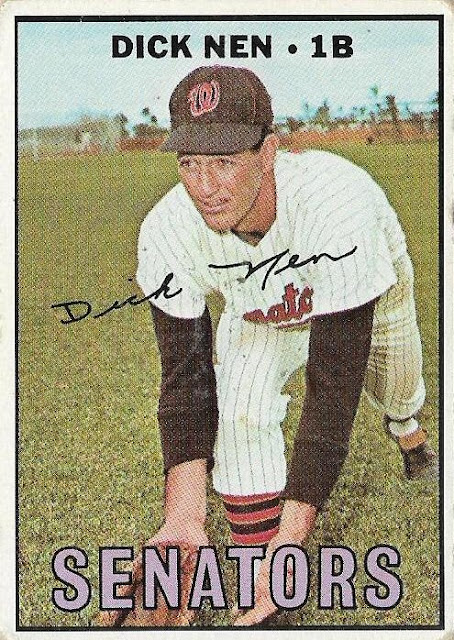 If you've been following your various social media sites lately you probably know that this is Palindrome Week.

Palindrome Week is a full week in the calendar year in which the date as typed thusly -- 9-18-19 -- reads the same backward as it does forward. Palindrome Week began on 9-10-19 and wraps up tomorrow on 9-19-19. Then there won't be another Palindrome Week until 12-1-21 (I'm sorry, those in Britain and Australia who write your days before you months, you don't get to celebrate this week, but at least your way of presenting the day, date and year is more logical).

This is not news to those who love their words -- or in this case, numbers, because there's been a Palindrome Week every year since 2011. It's also no big feat to lump in those Major League Baseball players with palindrome names during this week because that's almost common knowledge. What baseball fan doesn't know that Dick Nen's last name is spelled the same forward and backward and that Dick Nen and Robb Nen are the only father-son palindrome players in MLB history?

So I need to try to do something else special for this week.

But first, here's a list of the MLB players with last names that are palindromes:

Eleven names. That's an exclusive group and it was even more exclusive before the "Salas pitching brothers" came along (actually they're not related).

So that's why they're often cited, and in a literary sport like baseball you hear about them a lot more often than you do about players from other sports with palindrome names (poor John Hannah).

But you can't do fun stuff like make an All-Palindrome team because who would play the outfield?

So what I thought I'd try to do is find the most palindrome (palindromic?) CARD in my collection.

Hmm, how would I do that?

Well, I'll break it down to the palindrome players for whom I have cards. That would be Toby Harrah, Dick Nen, Robb Nen, Dave Otto, Fernando Salas and Mark Salas.

None of those players played for a team with a palindrome name because that doesn't exist until a team is created called "The Kayak or The Radar," which, trust me, sounds better than some of the names for sports teams lately.

But I have another way to narrow down the candidates.

All I have to do is go to (EDIT: one of) the most palindrome year(s) in recent baseball card history.

That year is 1991. Same backward as forward. If we had social media then it would have freaked out the entire year.

Two players in my collection meet those qualifications: having a palindrome name and featured on a card in a palindrome year. It would have been four, but I don't have this 1991 Bowman card of Robb Nen or this 1991 Swell card of Toby Harrah, which is too bad because that card really is swell.

That leaves two finalists for the Most Palindrome Card in my collection. 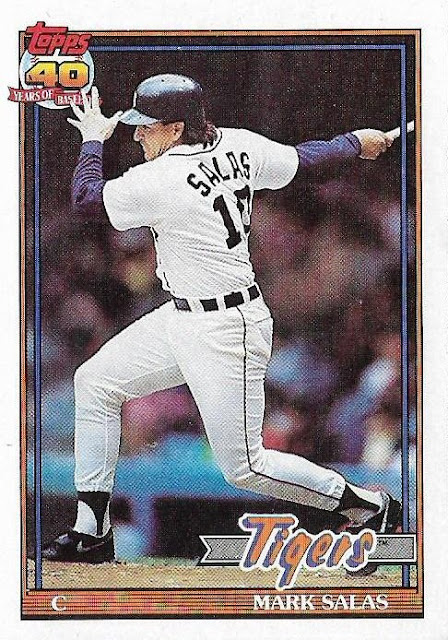 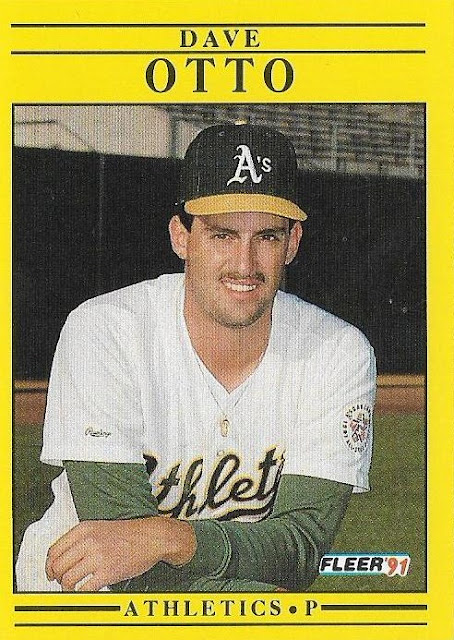 So who is the winner?

So what about birthdays? Month and year? (I can't do year, the oldest person born in a palindrome year is 8 years old). Well, that's a long shot. But let's take a look.

Mark Salas does not have a palindrome birthday with March 8th.

How about Dave Otto? 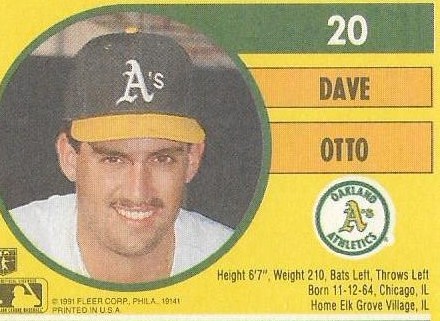 If only he was born a day earlier!

But it's close enough.

Congratulations, 1991 Fleer Dave Otto, you are the king of all Palindrome cards.

(Just a few of the palindrome players' cards in my collection: 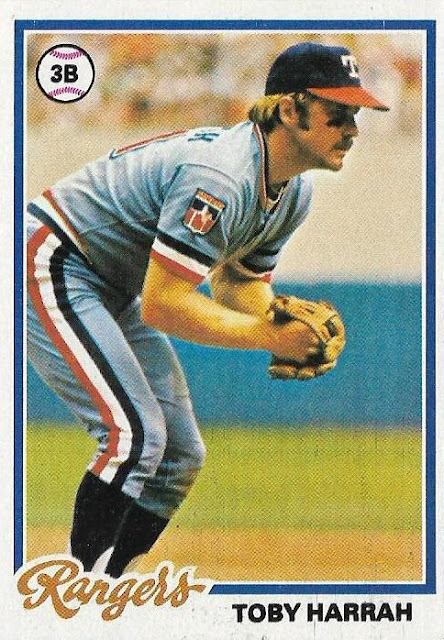 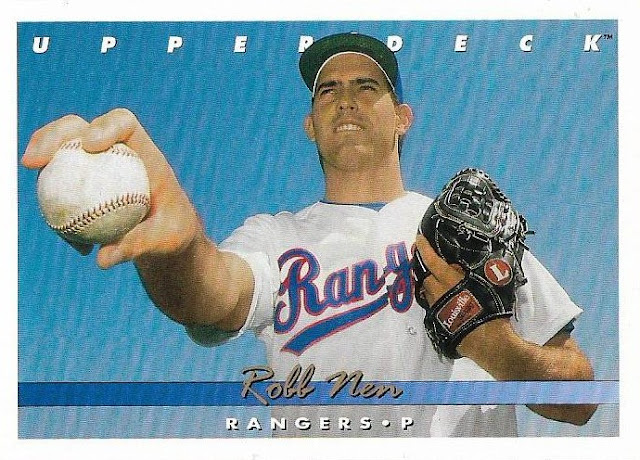 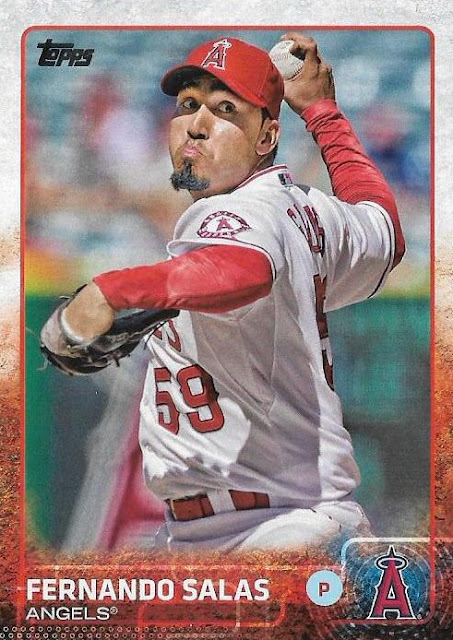 I leave you with this palindrome advice: Step on no pets!)

Jim from Downingtown said…
If only he went by "Bob Nen", then he could be the untouchable palindrome champ.
September 18, 2019 at 11:32 PM

Fuji said…
Went to school with a guy named Mike Kim. Used him as an example when I taught palindromes to my 5th graders years ago. I'll have to bring the date up tomorrow to my classes... and I might need to borrow your "step on no pets" line too.
September 19, 2019 at 12:13 AM

night owl said…
Ah, 2002, the year I try to wipe from my memory and Topps' flagship design that year is only part of the reason. Came back to bite me. Discounting Dodgers I have maybe 6 cards from that year.
September 19, 2019 at 1:30 AM

Matt said…
If you really want to blow their minds, Weird Al has a song called "Bob" that is composed of nothing but palindromes!
September 19, 2019 at 10:16 AM