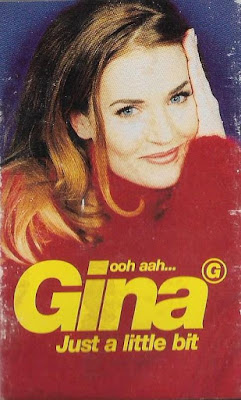 Today is National Redhead Day or National Love Your Red Hair Day or Gee, Your Red Hair Looks Terrific Day or whatever this day is being labeled. The setting aside of days has been out of hand for awhile and probably spun out of control somewhere around the dawn of National Kale Day, but they make for good blog posts!

I do not discriminate when it comes to women of varying hair color. My first crush was a blonde. My wife is a brunette. I'm drawn to raven-haired beauties and, lately, redheads. You already know my allegiance to Emma Stone and Shirley Manson. Then there was Gina G., who I'm sure '90s dance club goers remember just a little bit more.

But it's true that redheads have it a little rough as youngsters. I hope it's better than when I was a kid, but the few redheads I knew as youngster were usually outcasts. That makes me sad, especially as someone with Scottish heritage. Scotland has one of the highest percentages of redheads in the world.

As a tribute to all the fine-looking gingers out there, I thought I'd do what any baseball card blog does when there's a special "day" -- compose my All-Redhead Team!

I didn't do a lot of research for this, so most of these redheaded baseball dudes are well-known. I also had to switch some players to unfamiliar positions because I couldn't carve out three hours to find a red-headed shortstop. 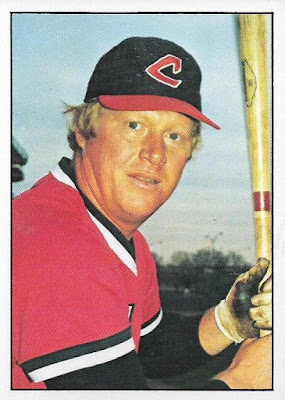 I always thought Powell was a blond, but he must be strawberry-blond because all the sites insist he's a redhead. I thought a nice, bright, red Indians jersey from the 1970s would compensate for Boog's light-tinged locks. 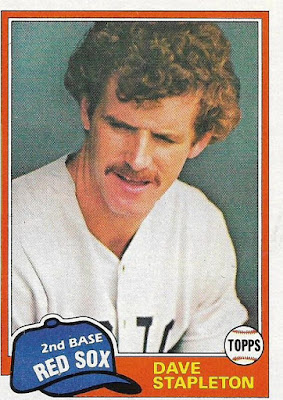 Stapleton eventually settled down at first base for his career, but I'm grateful he started at second for the purpose of this team. Redheads are stereotyped as having tempers, but it would explain Stapleton's rant about how his manager should have used him to replace Bill Buckner during Game 6 of the 1986 World Series. 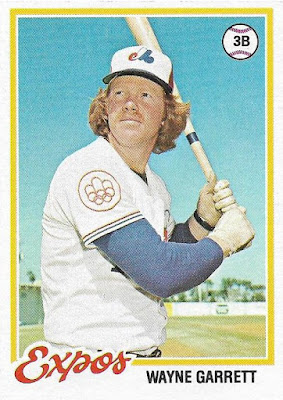 The most difficult position to fill on the team. Garrett played a little bit of shortstop during his career so I shifted him to short. Third base is a treasure trove of redheads so there were plenty to spare. 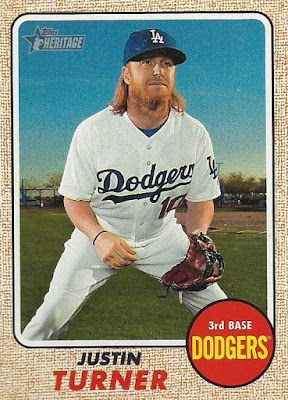 The guy you think of when you hear "red-headed baseball player." It's a good thing Turner features that prominent red beard, otherwise he would have to contend with this: 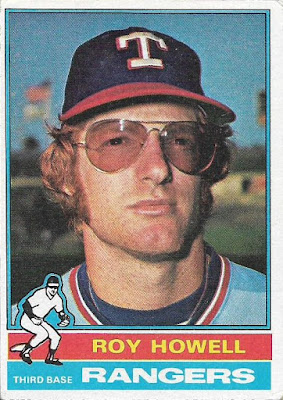 That is a little too glorious to be left off the team. Let's call Roy Howell the utilityman. 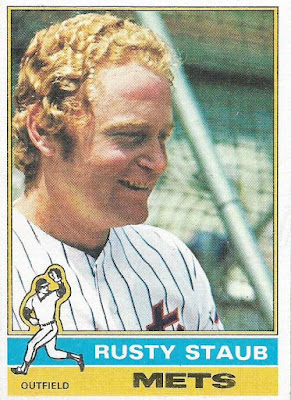 I'm a bit slow on the uptake sometimes. It's just occurring to me why Staub was called "Rusty". 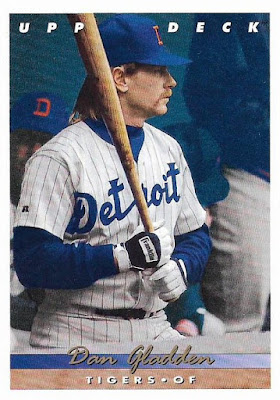 Here is another aggressive, fiery type. Those redheads sure are fan favorites. 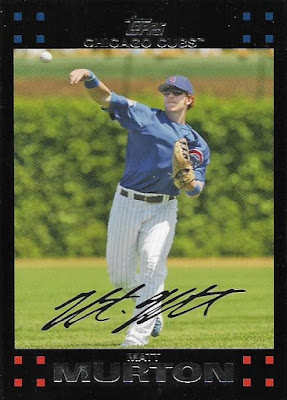 I wanted the last outfield position to be Rusty Greer. But I own just two Greer cards and neither display Greer's red hair. That's probably because Greer wore a buzzcut for much of his career and there are precious few that show off his red hair (I did find a minor league card in which he displays red facial hair). 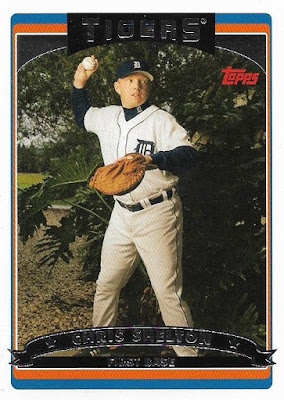 Not much to choose from behind the plate either. Shelton started out as a catcher. In fact, his 2004 and 2005 Traded cards show him catching. I don't own either of those. 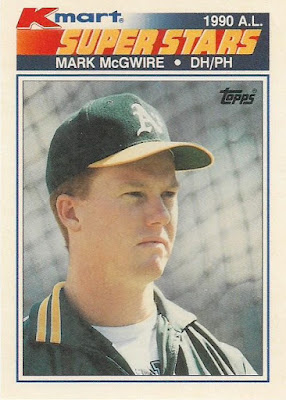 Another guy that went his entire career before I figured out he was a redhead. 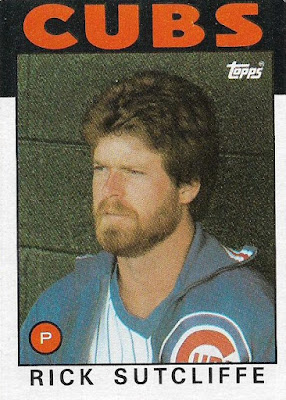 Kind of a no-brainer since I have no Red Ruffing cards. Although there is Ryan Dempster, too (the Cubs seem fascinated with redheads). 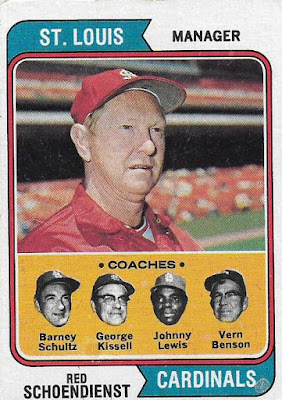 Of course! And Schoendienst spent much of of his career with a red-themed baseball club.

Apologies to any baseball redheads that I didn't mention here.

Redheads seem more popular than ever, even though those jokes about being soul-less have to wear pretty thin. They're certainly more noted than when I was a kid and the bullies in the yard were making fun of poor Peter (here's hoping he's an astrophysicist today).

Perhaps we can owe the long-overdue appreciation to days like National Revel In Your Red Hairness Day.

Chris said…
I was completely unaware of this and am now going to add some red-haired ladies to my next blog post. Thank you for this. Also, I feel like you may be missing a red-haired player, but I can't think of who. Does Craig Kimbrel's beard count?
November 5, 2018 at 7:49 PM

Old Cards said…
Like this concept. Good selections, but I would submit or suggest Robin Yount as the shortstop. Check out his 1990 Topps card. I think he is a redhead. If you disagree, let me know. The card says outfield, but he started out as a shortstop and played there a few years.
November 5, 2018 at 9:10 PM

Angus said…
So, you missed the Rusty for Staub... You should have thought of his french nickname: Le Grand Orange.

GCA said…
Gina G? Had to look that one up. Techno-pop for sure, but catchy. And she's darn pretty...

Jamie Meyers said…
Obscure Dodger reference -- pitcher Red Patterson might be buried deep into your bullpen on that team. He got a brief cup of coffee in the majors several years back. I don't even know if he's still active. He's the only contemporary player I can think of called "Red". That does seem like an old timey thing. The one time I encountered Clint Frazier he was complaining loudly about the number of autograph collectors seeking him out. Definitely in line with the cliche that redheads are fiery. Guy had a point, though, to be fair to him.
November 6, 2018 at 6:41 AM

Fuji said…
Before reading your roster... I racked my brain trying to think of redheaded players. Only two popped into my head: Staub and McGwire. I guess I need to spend more time looking at player's hair.
November 6, 2018 at 10:37 AM