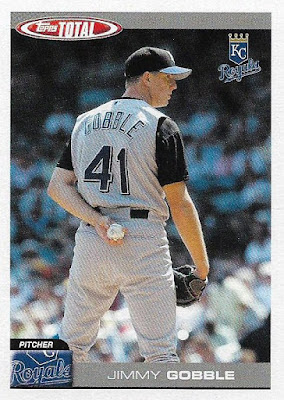 Last year, for the first time in many, many years, I did not take the week of Thanksgiving off. With the way work is trending, it's looking more and more impossible to take a break at this time (the high school football season seems to get longer and the high school winter sports season seems to start earlier. Somebody please take it down a notch).

This year, out of habit, I took the week off again. I almost regretted it. But I think I can get out of this week unscathed with only a quick dart into the office tomorrow. Eh, beats shopping on Black Friday anyway.

Anyway, with just a little bit of extra time this year, I wanted to see if I could find a card in my collection that represents every food item in a traditional Thanksgiving meal.

It wasn't that difficult to do. Good thing, because I was getting hungry at the end of card searching.

This is what I found. 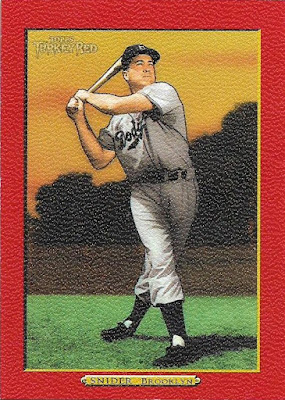 No brainer. Find your closest Turkey Red card. I like my Turkey Red cards RED. I remember when I first saw a Turkey Red card (probably one of the originals in a baseball card catalog), I was disturbed because it wasn't RED. Why isn't it RED? It says RED right in the name!

Nobody was there to explain to me that Turkey Red was the name of a cigarette brand from the late 1800s/early 1900s and the cards weren't actually red.

However, something still seems off when I see Turkey Reds with the traditional gray borders. I still want them to be RED. Thank goodness Topps paralleled the crap out of the reboot. 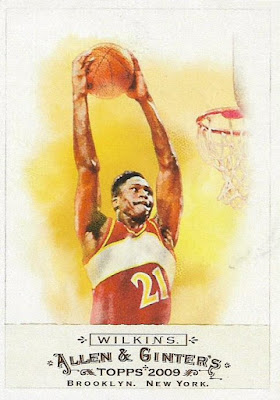 If you ask me, Thanksgiving dinner should be eight courses of stuffing. Nothing against the other foods, which I like just fine, but stuffing -- when made without weird items like raisins or from a box with the words "stove top" on the front -- is the king of all holiday foods.

By the way, I don't hear references to basketball players "stuffing" dunks that much anymore. It could be because I pay little attention to hoops, but even reading stories at work I don't see it. 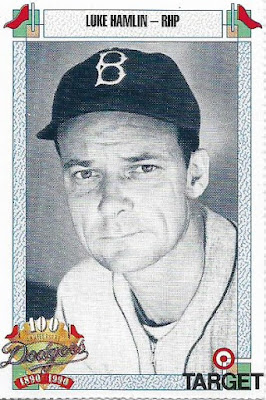 Luke "Hot Potato" Hamlin apparently received his nickname because he juggled the ball on the mound while getting ready to pitch. I'm assuming he didn't do this with runners on base? That sounds like about eight balks per batter.

"Hot Potato" is representing both the sweet and mashed varieties. If you want to put marshmallows on top, you're going to have to ask Hamlin. He doesn't seem to be in favor of it. 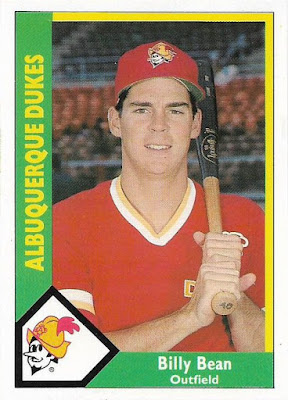 Got some green and some bean with this card of '80s Dodgers prospect Billy Bean.

This also gives me an opportunity to break out Bean's stealth Dodgers card one more time. 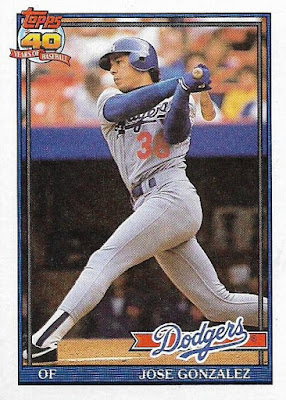 That is not Jose Gonzalez. It's Billy Bean. 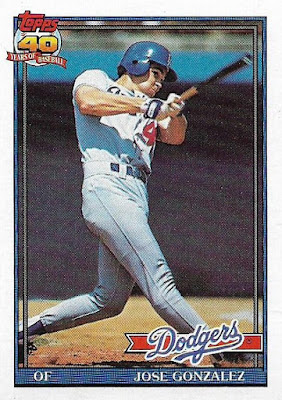 This is Jose Gonzalez. 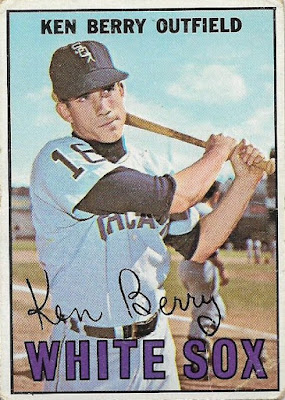 I probably should have gone with Berry's 1975 Topps card, it's a bit more colorful and the team name is featured in cranberry colors.

I like the sauce that slides out of the can as well as the homemade fancy stuff. I guess I'm getting old. The fancy stuff probably would've made me gag as a kid. 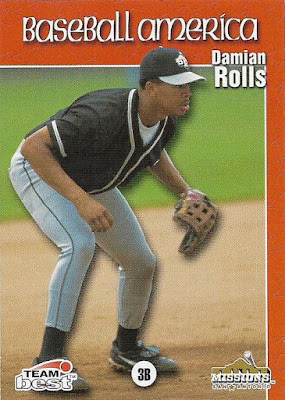 Former Dodgers prospect Damian Rolls for probably the most mundane course of the meal. I love rolls, but I won't go crazy and crown it the best feature of Thanksgiving like somebody I know. Come on, you can have rolls five days a week around the calendar if you want. 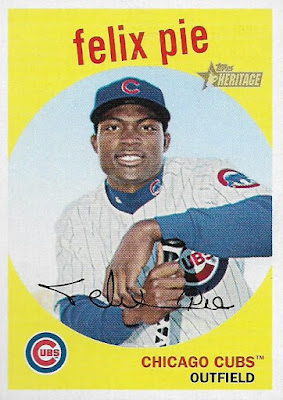 Whatever kind of pie you want, just make damn sure it's pie!

Traditionally we have pumpkin pie. Pumpkin is very tricky because there is like three people in the world who know how to make it and one of them is my mom. This pie can be botched more than just about any other. That's why I welcome going the safer route with apple or custard or blueberry or whatever. I like just about every pie, so it doesn't matter which one you make. Make 'em all!


All right, so that's the traditional feast. You may have other items, but I'm quite happy with the above (and the cards that represent them). I know I always end up full!

Enjoy the rest of the day. And leave those poor retail workers alone.

Billy Kingsley said…
That's awesome. My family is a little bit different when it comes to food...our Thanksgiving dinner was chicken alfredo.
November 23, 2018 at 7:49 AM

Fuji said…
Creative post. I'm definitely with you on the stuffing. Told my mom the only reason I enjoy turkey on Thanksgiving is because she makes the most delicious stuffing. Hope you had a great day yesterday with the family... and you don't need to spend too much time in the office today.
November 23, 2018 at 10:57 AM

Adam Kaningher said…
Happy Thanksgiving, and thanks for that Don Newcombe card! It arrived a few days ago.
November 23, 2018 at 3:32 PM