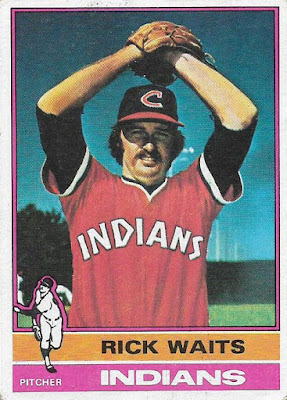 For several months now, I've had an idea of creating an "all-doing team" for the blog.

You know what an "all-doing team" is, right?

It's a team of baseball players whose names form an active sentence. Such as "Rick Waits". This is my favorite example, but there are others. The question was, would I be able to form a team out of those players?

But I struggled to do that. I have no doubt if I had the time for enough research, I could come up with a full lineup, but working within my constricted schedule (you don't want every post to be a trade post, do you?), I just couldn't find enough infielders. Kind of interesting, since infielders are moving all the time.

No, the vast majority of players who form active sentences with their names are pitchers. It just confirms that without pitchers, this game would cease to exist. You can't start a baseball game until a pitcher throws a pitch. They make the game go 'round.

So let's see those men of action, starting with my favorite one from my childhood. 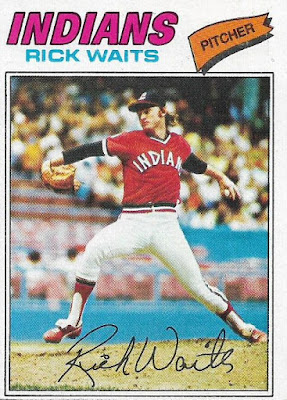 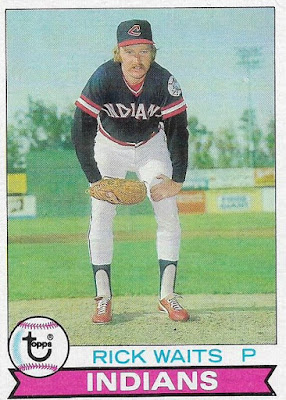 Here are a few more through the years. All pitchers. 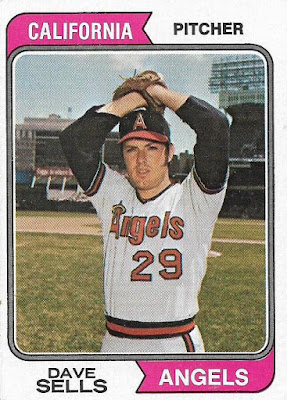 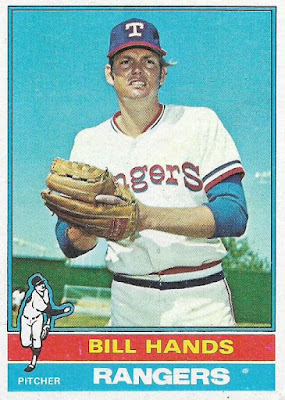 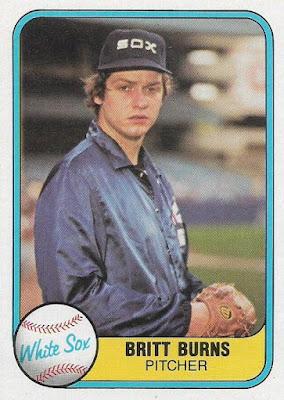 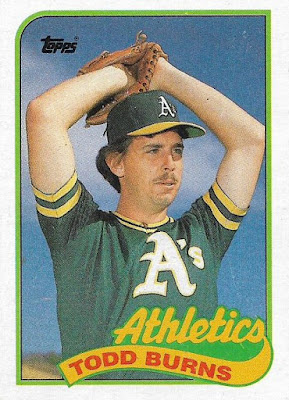 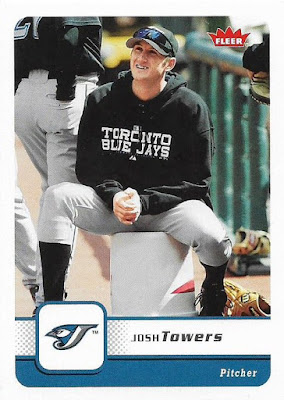 Josh Towers. Josh Towers over the opposition. Towers is 6-1 so he isn't physically towering. But that mound helps. 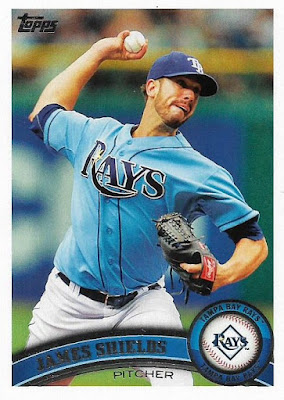 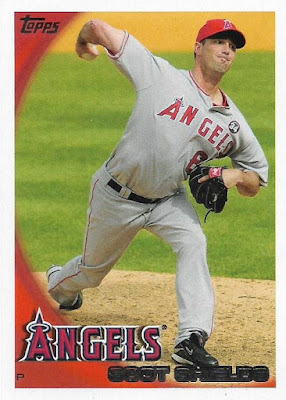 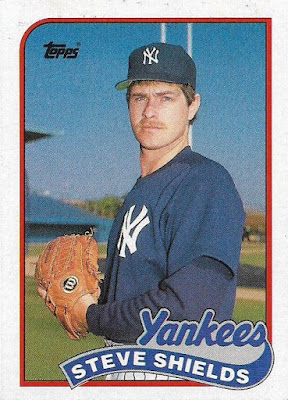 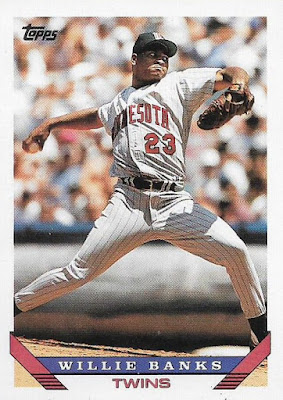 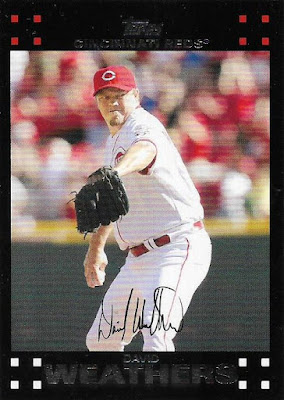 David Weathers. This name evokes images of struggling through three-ball counts and the bases full. David Weathers another inning. 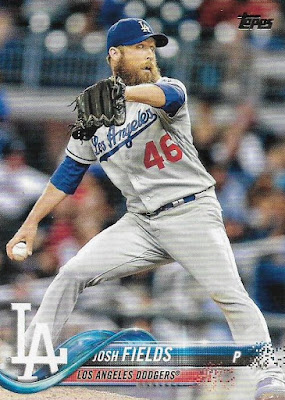 Here we are in the present day and it's a Dodger. Maybe a better name for an infielder, but it's still quite appropriate for baseball. Josh Fields his position well. (I have no idea if that's true -- the guy's always disabled).

There are several other Sentence Pitchers for which I don't have cards, including current Texas Ranger Jeffrey Springs, as well as Justin Marks, Terry Burrows and early 20th century Detroit Tiger Ralph Works. "Works" is the ultimate "doing" name.

As for hitters, there are a few even if they aren't as plentiful as pitchers. 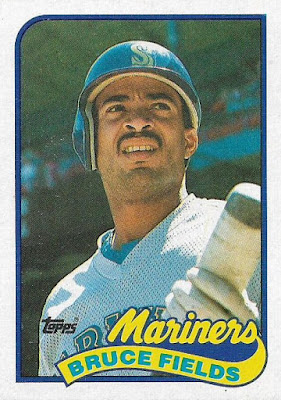 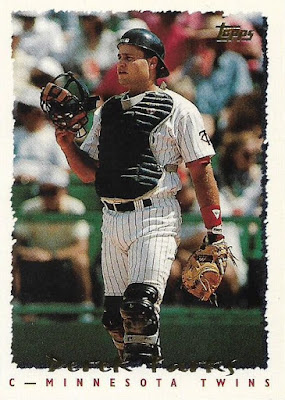 I know you can't read that. But that's Derek Parks, a catcher. Derek Parks himself behind the plate. 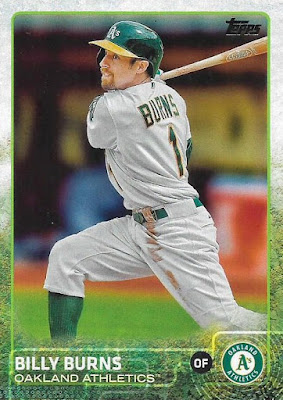 "Burns" isn't restricted to pitchers, of course. (There is 1890s star Oyster Burns). Here is Billy Burns. Billy Burns around the bases. 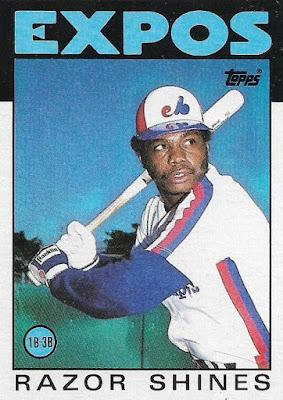 The only corner infielder I could find. Razor Shines brightly on this all-doing team. 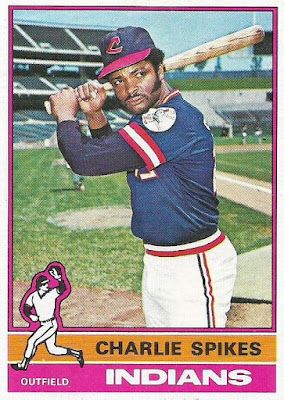 Charlie Spikes. He is in the wrong sport. Imagine if he was a running back. Charlie Spikes the ball references everywhere.

During the '70s, Charlie Spikes and Rick Waits were on the same Indians team. Maybe Cleveland should have done something, huh. 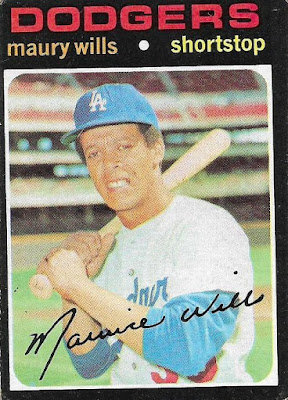 Finally, the most noted of the baseball Sentence Names. Maury Wills. If only I could say Maury Wills his way into the Hall of Fame.

If I extended this all-doing team into the minor leagues I could fill the couple of infield holes that exist. Here is one now: 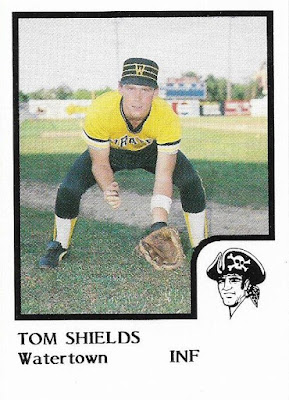 It's another Shields. Tom Shields actually has a couple of major league cards from the early 1990s when he was with the Cubs. But I like this one better. The field shown there is right down the road from me. And you can't beat those uniforms.

If you included players whose names aren't exactly spelled correctly for this exercise you could add Glenn Braggs, Mookie Betts and Tim Raines. Then there is the treasure trove that would be unearthed if only there was an 'S' added to a last name: Oscar Gambles! Phil Garners! The "Cooks" alone would fill a team! (By the way you could do this with any other sport. I'm just dying to use Natrone Means on this team).

So those are your major (and minor) league doers. Your movers and shakers. All in one tidy first name and last name.

Now it's time for me to actually do something.

JediJeff said…
Alright - I am just going to say this:

Am I the only one that thought N.O. was doing an "all-dong" team? With that font, I thought it read d-o-n-g. I mean, Dick Tidrow and Dick Allen make that team in my opinion. Dick Williams can manage.

Just a shame that Rusty Kuntz gets shut out again.

Jamie Meyers said…
Pretty obscure corner infielder - Andy Burns played mostly 3rd base in the Blue Jays. He got a very small cup of coffee in the majors in 2015. Andy Burns that he only got seven plate appearances in the major leagues and the only time he reached base in any of those was when he got hit by a pitch. Ouch.
September 26, 2018 at 7:53 PM

Past-tense team would have to be captained by Pete Rose.

Nick Vossbrink said…
But Woody Held is valid for both unless Night Owl wants present tense verbs only.
September 26, 2018 at 10:17 PM

Billy Kingsley said…
This was a good one. I was actually chuckling to this one. You can get Oscar Gamble in. "I am sure glad the yankees took the Oscar Gamble, it paid off in memorable cardboard"
September 27, 2018 at 12:10 AM

Old Cards said…
Great post and great comments. Here's mine - Barry Bonds us together as collectors.
September 27, 2018 at 6:52 AM

bbcardz said…
How about these?:

Tom Dukes it out with the batter he just hit (unintentionally we hope).

Jerry Sands some of his broken bats to make real furniture.

GCA said…
Charlie spikes the second baseman sliding in to break up the double play.
September 27, 2018 at 8:44 AM

AdamE said…
The Red Sox had a minor leaguer with perhaps the best name in baseball history; Seth Schwindenhammer.
https://www.tradingcarddb.com/Images/Cards/Baseball/24469/24469-2840764Fr.jpg

BaseSetCalling said…
Sadly, nobody asked the question - Will Rhymes grab the readers’ attention?

acrackedbat said…
i have no clever additions here. Razor Shines is the best of the crop for me and perfect for October! I'm adding this card to my want list!
October 1, 2018 at 6:04 AM