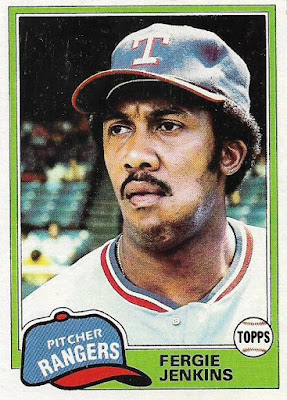 Later tonight I will kick off the Traded set portion of the 1985 Topps set over on my 1985 Topps blog.

After completing the 792-card flagship set the other day I realized that I've now written three set blogs from start to finish, with the 1975 Topps set first, followed by the 1971 Topps set and now the 1985 Topps set. I don't think anyone has done that before.

That would impress a few people back when blogs were king and set-blogging was fashionable. Nobody cares much anymore, or a lot less people do anyway.

That's not the reason why I'm going to stop doing set blogs once the '85 Traded set is done though. I'm just tired of running multiple blogs. I've been doing that for more than eight years now and it's time to move on to other interests.

There is always the slight possibility that after I've wrapped up the '85 set and I'm working on one blog and one blog alone that I'll get the itch to do another set blog. I don't think that'll happen but who knows.

The '93 UD set is a no-brainer. But I've always felt a little sorry for the '81 Topps set. It is just about the only Topps flagship set from that sweet spot (say 1960s to the early 1990s) that has not been covered in set-blog form. Even those set blogs that got maybe 100 or 200 cards into the set before giving up the blog haven't bothered with '81 Topps.

So, I think '81 Topps deserves some chronicling.

I'd much rather it be chronicled by someone else though.

Because right now it's three-and-out for me.

Unknown said…
Congrats on the card blog hat trick! Being one of those people who only got through a couple hundred cards in a blog (for those who don't know, I used to have a 1982 Topps blog back around the turn of the decade), I know how time consuming it is. I couldn't find time to keep it up after 2 or 3 years. Impressive! Glad you're keepin' on with this blog. I don't know what I'd do without it.... find some other card blog to follow? I have no idea if there are any good ones left out there. It's been a while since I looked.

'81 Topps would be cool. I'm not really familiar with the set. It was the set from the year before I started card collecting, so I saw some of the cards here & there and thought they were pretty unique (loved the hat). 90's cards feel too overproduced to me, so I never really bothered with 'em.
May 27, 2018 at 7:54 PM

Matt said…
I know all about multiple blog attempts. At least you followed through and finished yours. I left way too many hanging
May 27, 2018 at 9:09 PM

Jeremya1um said…
http://toppscardsthatneverwere.blogspot.com/p/1985-topps-reference-page.html Not all of these missing cards have been made yet, but this should keep the ‘85 Topps blog alive for a while.
May 27, 2018 at 9:28 PM

Kin said…
Count me among those that find it quite impressive that you've finished three. I admire things that I cannot do.
May 27, 2018 at 9:40 PM

Fuji said…
That's really cool that you wrapped up your third set blog. A few years ago, I considered starting a blog to honor the 1981 Fleer set. It has a lot of sentimental meaning for me and provided a lot of enjoyment for me when I was a kid. But it's hard enough to run one blog... let alone two at a time. One of these days... maybe.
May 29, 2018 at 8:46 PM