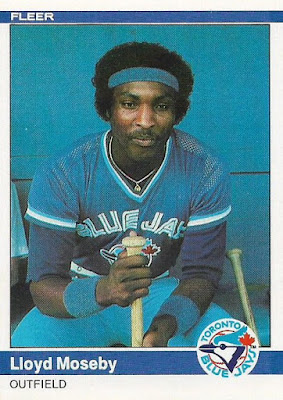 I'm offering another apology to 1981 Topps.

I've promised twice now that the next set that I would profile in this Team MVPs series would be 1981 Topps. But I'm delaying that yet again, because I keep completing sets!

Since my last '81 Topps promise I have completed 1984 Fleer. Since I'm going back in time with this series I can't continue to go back to the past without taking care of more recent sets! This is my first chance to determine the best card for each team in a Fleer set.

I've noticed a benefit to Fleer right away. The cards are numbered by team, so each team's cards are grouped together. That allows me to review each team all at once instead of the piece-by-piece process I go through with Topps sets.

So, here we go, the best card for each team, separated by the MLB division breakdown in 1984: 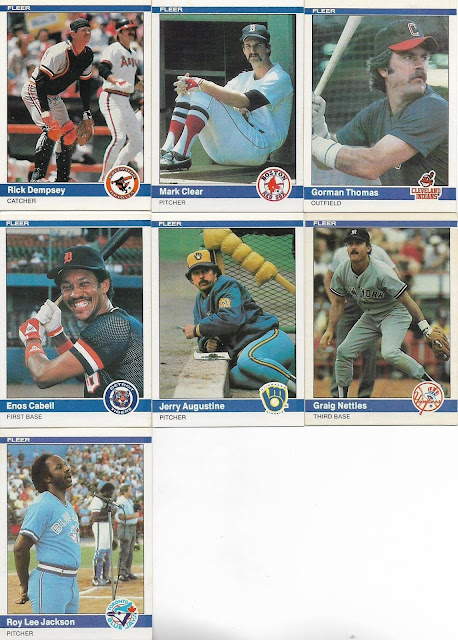 Team with the worst cards: Indians/Tigers tie. Enos Cabell won because he was smiling, that's how tough it was for the Tigers.

Team I should go back and review: Yankees. No, not because I didn't put Mattingly's rookie card here (this is not how we determine "best" on this blog), but because I'm so enamored with the rare appearance of a Graig Nettles mustache. 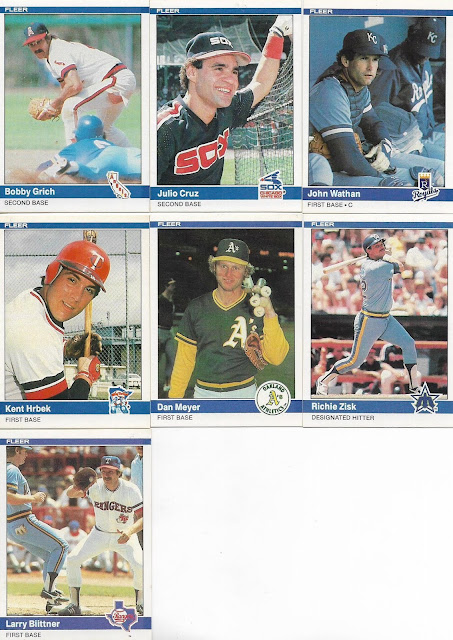 Team with the best cards: Royals, ever so slightly ahead of the Twins and Angels. I may have given the Twins demerits because of this: 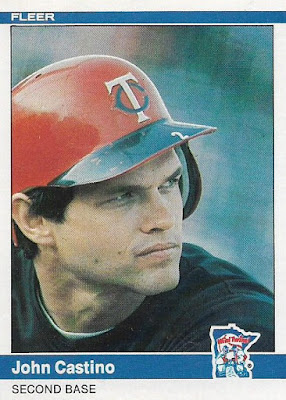 Team with the worst cards: Mariners were pretty boring.

Team I should go back and review: White Sox. The Greg Luzinski card is kinda cool and probably should overthrow Cruz and his batting cage. 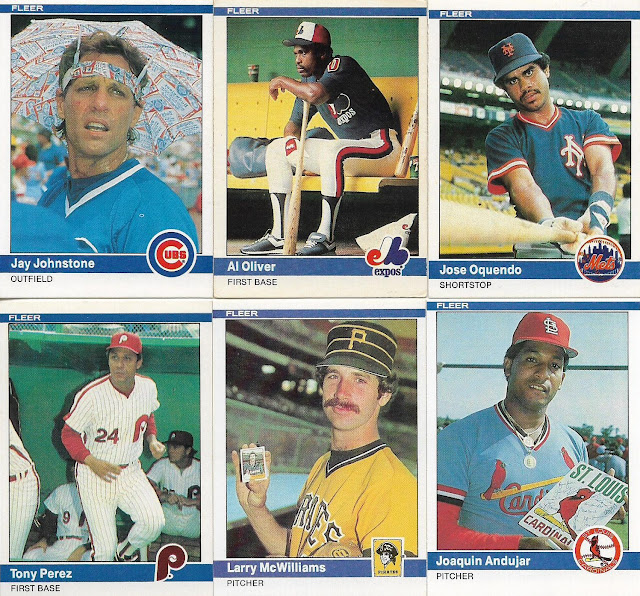 Team with the best cards: Expos, although there are several classics with other teams.

Team with the worst cards: Probably Cardinals, although every team is pretty strong in this division.

Team I should go back and review: Phillies. I subconsciously omitted the SuperStar Special cards from consideration, which means no "Reds Reunited" card for the Phillies (or the "Pine-Tar Game" for the Royals). This is a faux pas, I admit, but there's no time to rescan cards now. 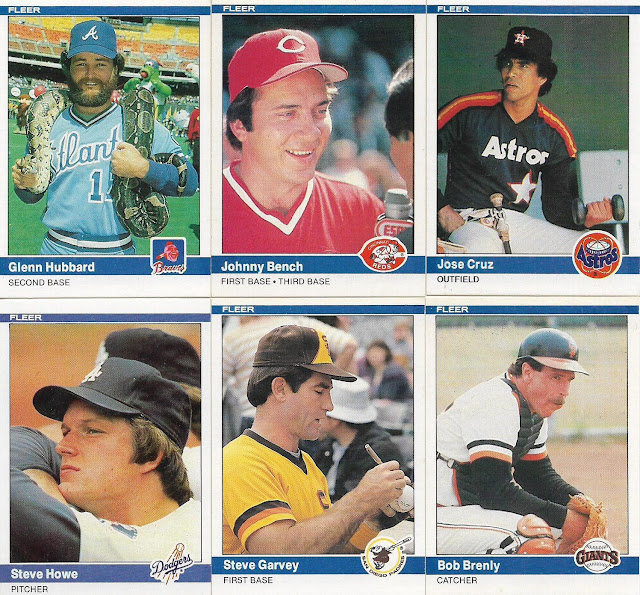 Team with the best cards: Braves. Reds are a close runner-up, followed by the Padres. Also, how awesome is that top row, featuring a snake, an ESPN mic and a barbell???

Team with the worst cards: Dodgers. Very nondescript for a team that won the NL West the previous year.

Team I should go back and review: Giants. Jeff Leonard is offering his all-time glower on his card but I went with Brenly just because he appears to have consumed all of the tobacco in the clubhouse and is now regretting it.


So that's the first look at Fleer in the Team MVPs series.

I promise you'll be seeing the 1981 Topps set next, and sooner than later. With Archives using the '81 design this summer, it seems like perfect timing.

Now that folks, is objective writing for sure.

I appreciate the review though, got to see a lot of cards that probably will never come across my desk.
May 24, 2018 at 6:20 PM