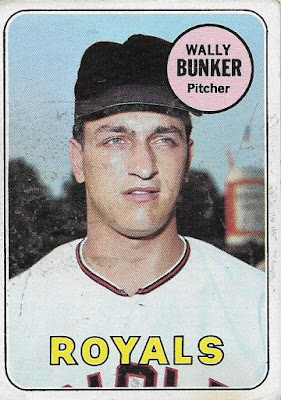 I was one of several people who recently took up Bo from Baseball Cards Come To Life on a vintage-for-vintage trade.

As I was scanning the cards, it occurred to me that there aren't a lot of vintage-for-vintage deals among bloggers. They do exist and I've participated in several but they're a relative rarity. This isn't the Net54 forum. I think there are a wide array of card interests on the blogs and some collectors -- perish the thought -- aren't interested in vintage.

But also, vintage isn't as easy to collect as more recent cards. It's not as available, especially for those who are condition-conscious. And it can get kind of expensive. We bloggers, in general, aren't pulling down the six-figure salaries.

I don't have a bunch of vintage cards just lying around either. Most of the vintage I own I want to keep. But I was able to send several extras and a number of "modified" 1960s cards to Bo for some beauties from 1967 and 1969 Topps.

I love the set. It's beautiful and presents a wonderful close-up view of baseball in the 1960s. But I know I'll hit the wall with the notorious high numbers and I don't know if I'll be able to power through that. I need a connection to a set to complete it and there is no connection for 1967. 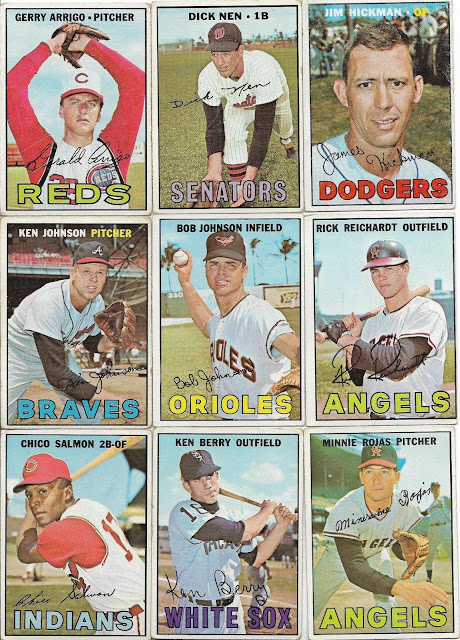 That's gosh-darn pretty all together like that. I know I'll be giddy adding those to my '60s binder. 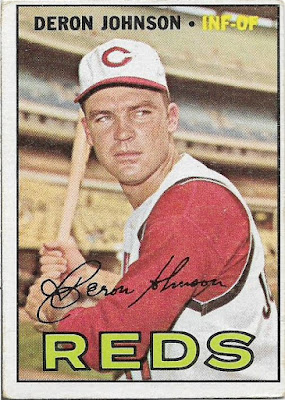 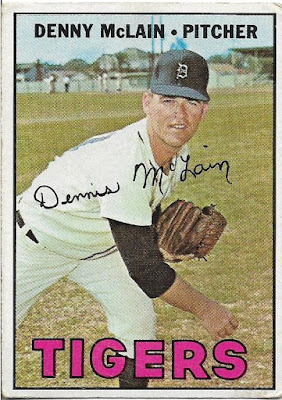 And who doesn't know Denny McLain? This was the prize of the '67s.

As for 1969, I've gone back and forth and back and forth about collecting it. I've finally decided that, yes, I do want to hang on to my 1969 Topps cards -- but that realization came only after repeatedly trading off the '69 cards that I had.

With this stack from Bo, I think the '69s will be keepers from now on. 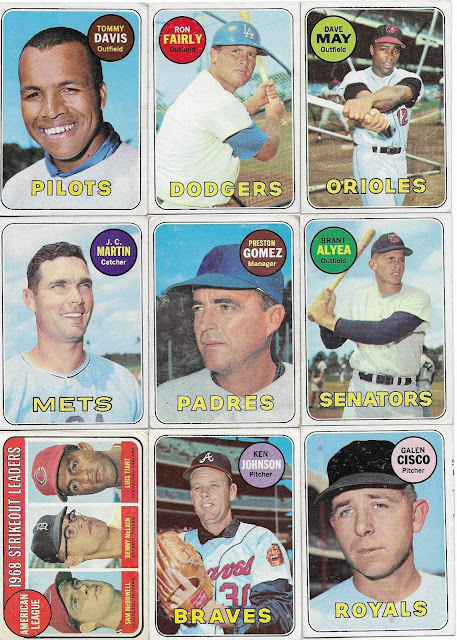 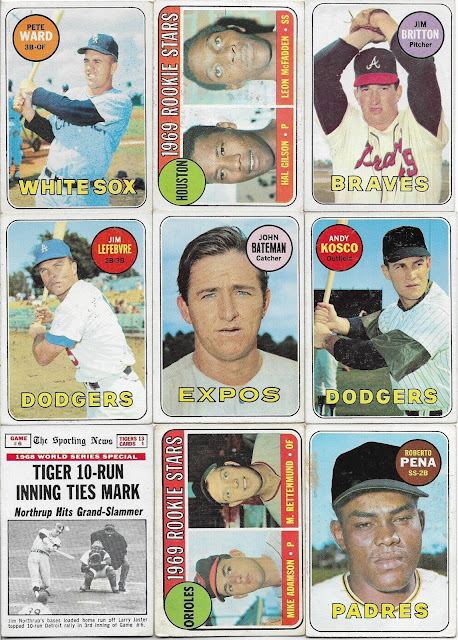 I've mentioned before that 1969 Topps were the first "old" cards in my possession. They were acquired from a friend who had gotten them from his older brother.

Those '69s sure were different to me, someone used to collecting 1970s cards. Who were the dudes in crew cuts? Why did everyone have black hats? What were Pilots? Almost none of the names meant anything and everything seemed so old and worn out. 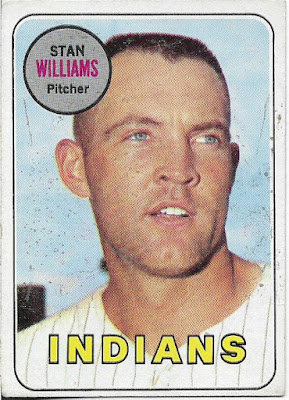 This really brings it back. Whenever I see the speckled gum stains, I think of 1969 Topps.

I can't say '69 Topps has ever been a favorite, but the connection is there. I have memories with this set. 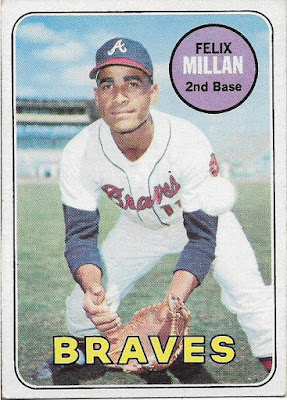 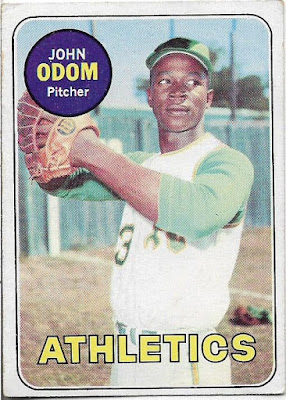 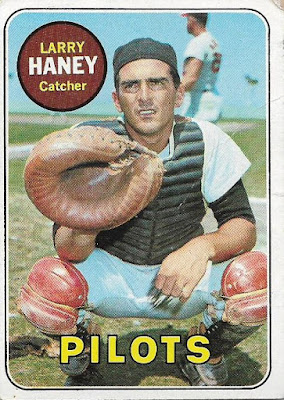 These are some of the favorites from the batch that Bo sent. The Larry Haney is the famous "left-handed-throwing catcher" card, which is actually a reverse negative of his 1968 Topps card.

As weird as I thought the 1969 Topps cards were back in 1978, I was thrilled to have them. It was one of those first moments that seemed to solidify myself as a certified card collector, someone who wouldn't give up the hobby for the next thing that came down the street.

And I have a feeling that's why their aren't too many vintage-for-vintage deals. There is a great deal of meaning behind vintage cards. And once you give up those cards, it's not easy to get them back.

steelehere said…
FWIW, unlike the notorious gum stains on the back of cards, the ones on the front of your 1969 cards will come off if you gently rub a tissue or a piece of nylon against them.
May 8, 2018 at 10:50 PM

Chris said…
It's not easy trading vintage for vintage, for the reasons you mentioned. I collect vintage cards but unless someone wants the dozen or so 1963 Topps singles I just got in a trade then I dont have any I'm willing to part with.

Old Cards said…
As an older collector from the 60's, I appreciate your posts on this era. 67 was my last year to collect as a kid. Like you, I love the 67 set, but am missing the high numbers. Looks like I quit collecting about the time you started. I quit "cold turkey" in 69. Thought I was too old to collect baseball cards. How dumb was that?
May 10, 2018 at 8:04 AM