May 30, 2018
(Hello on "Water a Flower Day," subtitled, "Things I Would Do If I Didn't Blog About Baseball Cards". It's time for Cardboard Appreciation. This is the 270th in a series): 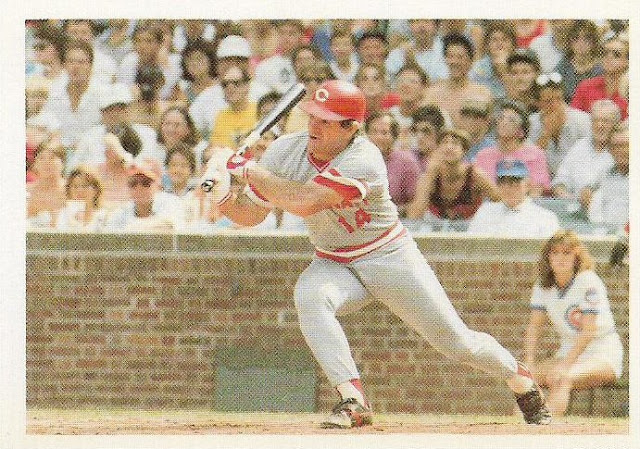 The other day I came across a couple of Dodgers cards from 1988 that I didn't have or even knew existed.

I am always amazed when I find cards from the '80s that are brand new to me. The cards from that decade are so plentiful, so present, even to this day, that it seems I would have each set and card documented and numbered in my brain.

But, no, many years into this, I keep turning up stuff.

This was a set that the Standard Catalog of Baseball Cards guesses was produced by something called Pete Rose Enterprises (the volume puts a question mark after "Enterprises"). It was distributed by the famed NYC dealer Renata Galasso, which is why it's referred to by her name in online listings. Those listings also mention Topps as a manufacturer of the set, possibly because several of the cards in the 120-card set feature puzzle pieces that display Topps Rose cards of the past. 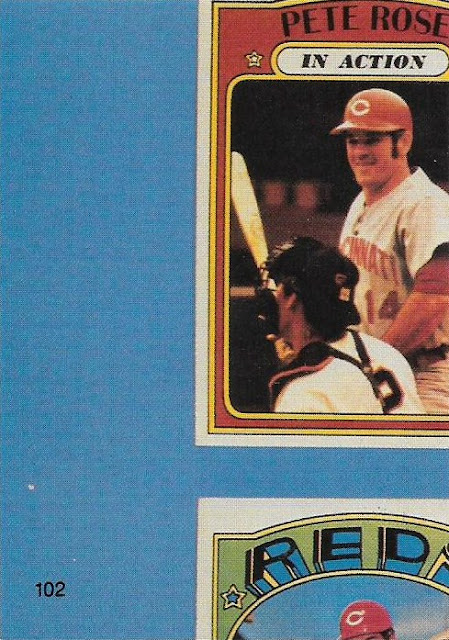 The various Rose images in the set remind me of that all-black-and-white Pete Rose set produced by Leaf a few years ago. After seeing the P.R.E. cards, I'm even less interested in the Leaf cards. The P.R.E. set features many color photos (as well as black and white) and lots of famous moments from his career as well as old home photos. It looks a heck of a lot better than the Leaf set. If I was a Reds fan, I'd track down this one in a heartbeat.

But I stumbled across the cards for the very first time while hunting for items during COMC's spring cleaning sale. Card #102 popped up first and I was charmed instantly.

In this card, Rose has clearly delivered an opposite-field hit before a rapt Wrigley Field crowd that includes famed Cubs ballgirl Marla Collins (MLB's first ballgirl and the one who was fired by the team for posing nude in Playboy). It is a pure mid-1980s card. It practically leapt into my cart.

I don't know a lot of large sets devoted to a single player. I can think of Ted Williams, Joe DiMaggio and Nolan Ryan off the top of my head and when you throw in all those Star sets from the late '80s there are probably a bunch more (in 1985 Renata Galasso also put out a set dedicated to Dwight Gooden).

I'm not a Rose fan at all, but given when I grew up with the game, if I had a little less self-control, I'd probably buy many more of these cards and maybe even the whole set. Like many 1980s oddballs, they're very affordable.

I have a feeling I will keep turning up 1980s cards that I didn't know existed for as long as I'm collecting.

That's actually a good thing. Because when it comes to the '70s and '80s, I never want those days to end.

steelehere said…
The Rose set came in a box form that looked a lot like the Topps Traded sets from 1980s. It's probably why it's assumed they were made by Topps.

Brett Alan said…
I don't remember this one, either, and I was probably still subscribing to Baseball Hobby News and reading every issue multiple times at that point.

Star Company is certainly the brand I think of for one-player sets. And the fact that you didn't immediately think of Babe Ruth shows you aren't buying many large repack boxes, at least the type with multiple unopened packs. B^)
May 30, 2018 at 8:15 PM

Robert said…
Yes, I did it, I had to search Marla Collins and Playboy on Google.

Nick said…
I found this entire set in a dime box a couple years ago (that is, a dime per card, not a dime for the whole set -- as great as that would've been). I like it quite a bit, and I agree it's a hundred times better than those weird Leaf Rose sets from back in the day. There's even about a half-dozen cards of Rose as an Expo, which that alone earns it a ton of bonus points.
May 31, 2018 at 1:15 AM

The Shlabotnik Report said…
Pete Rose is almost an "anti-player-collection" guy for me, I don't really feel the need to own any of his cards which aren't part of a set I'm working on or have completed... but I have to admit, that's a great photo.

Doc Samson said…
Speaking of Marla Collins, she first sold beer at Comiskey Park. The Cubs then hired her as their first ball girl. When she was fired after posing in Playboy, there was an even bigger uproar than if Ryne Sandberg got cut from the Cubs. Weird side note: she went to high school less than four blocks from my current home.
May 31, 2018 at 2:34 PM

gcrl said…
I have the card from this set that shows Steve garvey behind rose following hit 4192. I am thankful for this set for bringing that card to my collection
May 31, 2018 at 5:44 PM

RAJ said…
This set has a lot of uncropped photos that Topps used for some of Pete's 1960s cards including the picture used on his rookie card if I'm not mistaken. I'll have to get this out again. A truly great set.
June 1, 2018 at 11:02 AM

Fuji said…
As soon as I saw this card... I appreciated that beautiful action shot. Learning about Marla Collins and her being baseball's first ballgirl was a nice bonus.
June 2, 2018 at 9:21 AM