Register one is open, no waiting 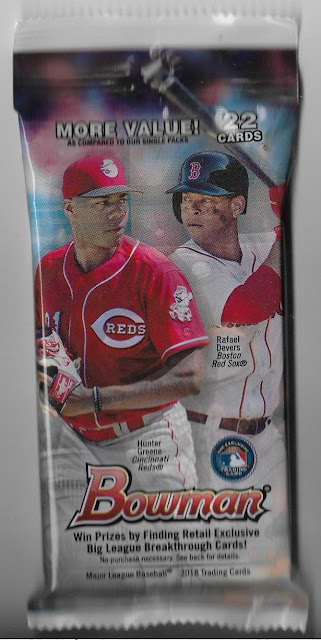 It's been some kind of week. It's been such a week that I found myself in Walmart for the second time in less than seven days and on a Friday night no less.

I was regretting the trip for frilly stuff almost instantly. As I've mentioned before, I enter Walmart by the side entrance, where the outdoors wares are stocked (and during the holiday time, Christmas wares). It's a dandy in-and-out experience when getting in-and-out is an absolute necessity (i.e. any trip to Walmart). But this time, there was this huge, monster line at the side entrance register. Oh, this was not good.

Once I got inside, the fun began. Squirrely kids trying to provoke a lawsuit everywhere. And as I dodged all kinds of ill-mannered and ill-behaved people, I figured I'd extend the ordeal by heading over to the card aisle. I didn't expect to find any Bowman. It wasn't even on my mind. I just wanted something to take the edge off.

The three columns of empty blaster rows in the Bowman display were still there. But then I saw it -- several rack packs of Bowman. This was it: my infinity-to-one shot at the superfractor Ohtani card and the $100,000 bounty that comes with it.

I snagged a rack pack and headed to the main checkout area. There, at register one, was absolutely no line. Just the opposite of the side entrance register.

This was most unusual, but I paid up and was on my way instantly. I headed back to the side entrance to get to my car and saw the giant line at the side register had grown even longer.

As I walked past the line, I heard someone yell, "hey!"

I looked behind me and it was my co-worker, the one who I had discovered collects cards several weeks ago.

Good thing I knew he was talking about Bowman.

"Yeah," I said, holding up my pathetic baggie containing the rack pack.

I turned and looked at his cart. In there were eight blasters of Bowman. He had cleared them all out.

"You got to get 'em while they're there," he said.

I kind of shook my head, wished him good luck and got out of there as fast as I could.

So let's see that pack that I'm sure took a few minutes off my life. 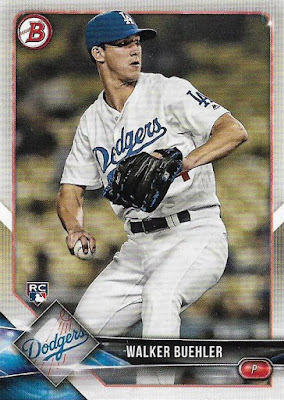 Buehler is finding out quickly what it's like to pitch for the Dodgers. Take part in a collective no-hitter one start, get zero run support against the worst team in the league the next start.

This is why I don't buy Bowman. I barely have any idea who the "established" players in the set are. 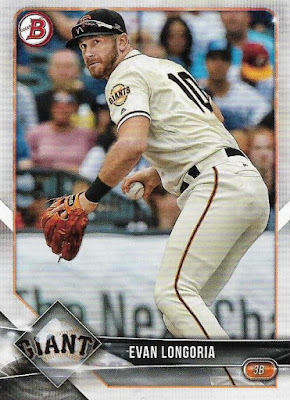 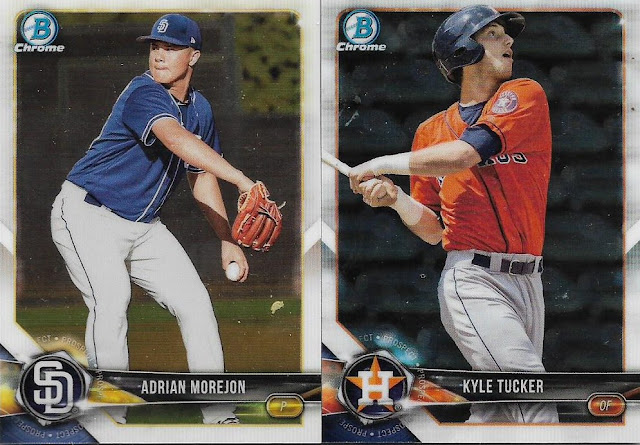 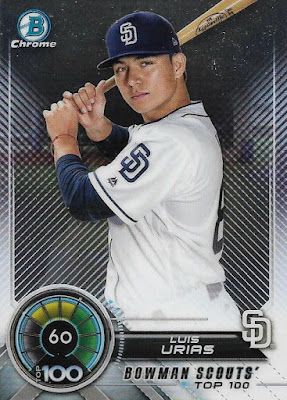 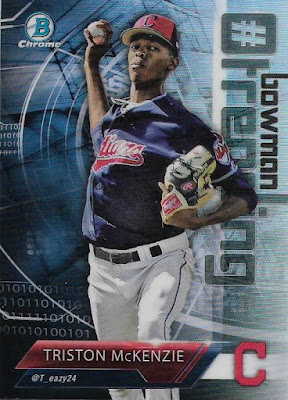 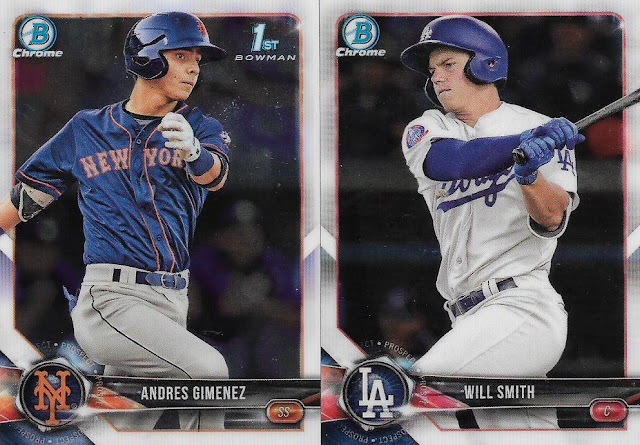 I know enough about my Dodgers prospects that cracks about the Fresh Prince are passe. 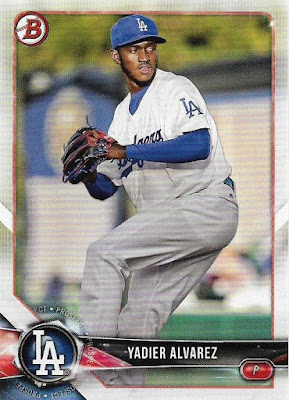 And that's it. No superfractor for me.

However, there were three Dodgers in the pack.

And I did get out of that Walmart far earlier than my buddy with the eight blasters of Bowman. He still may be standing there for all I know. Or he may be pulling that Ohtani card out of his sixth blaster right now. Had I made my trip to Walmart even 10 minutes earlier, I could've gotten to the blasters before he did.

But you have to decide what's important.

Do I want to stand in a long line of Walmart patrons and contract god knows what to pay $160 on a bunch of cards that are not the $100,000 card?

Or do I want to buy one rack pack, head to register one with no waiting and be on my way?

The choice is easy.

Also, I bought one of those three-Bowman-packs rack packs with the camo parallels, too, and I haven't even opened it yet.

SumoMenkoMan said…
You are a brave man! I haven't been to Wallyworld in several years because of the crazy. I see they are doing free 2-day shipping now so you don't even have to navigate the gauntlet if you can wait a few days.
May 11, 2018 at 10:34 PM

Johnnys Trading Spot said…
I went to Wally world today myself, this morning. I grabbed a Bowman blaster, 3 rack packs, and 3 regular packs. I pulled an Ohtani, but only the base card which is needed because JC rather CB wanted $10.00 for the card.
May 12, 2018 at 12:12 AM

Jeremya1um said…
Glad you got 3 Dodgers! I can’t believe someone would spend $160 on all of the blasters. I really hope all of the base cards and doubles he pulls go to collectors who can use them. If I had $160 to blow on cards, I could do some real damage to my PC by getting cards from COMC, rather than getting a few cards I need, some inserts, maybe an autograph or two, and no $100,000 Ohtani card.
May 12, 2018 at 4:53 AM

P-town Tom said…
Nice job on the Dodgers...
I WallyWorld story always makes for good reading. I really enjoyed this line, "Squirrely kids trying to provoke a lawsuit everywhere." Paints a picture I'm sure we can all envision and have experienced first hand.
May 12, 2018 at 5:46 PM

Chris said…
I have to agree with Jeremy; if you've got $160 to blow on cards retail blasters are not the way to go. Then again, if he leaves them sealed and Ohtani does become Babe Ruth there's profit to be made. But that kind of thinking is why I stopped buying Bowman in the first place.
May 13, 2018 at 6:53 PM

GCA said…
Ooh, the two worst things about retail. Local Wal-Marts are practically out of the card business. And Bowman, which I have no interest in. The odds of me pulling even the SP variations from packs are high enough, much less the 1/1 superfractor....
May 14, 2018 at 10:43 AM

Fuji said…
Congratulations on finding a pack of Bowman. Walmarts in my area (and in Las Vegas) have stopped carrying cards. Outside of the occasional Walmart gift card, cards were the only reason I'd even bother stopping by the store. I'm more of a Target guy.

P.S. It's quotes like "Squirrely kids trying to provoke a lawsuit everywhere." that places your blog in elite company. Keep up the great work. You're an inspiration.
May 14, 2018 at 11:24 AM