Please remember to examine your cards 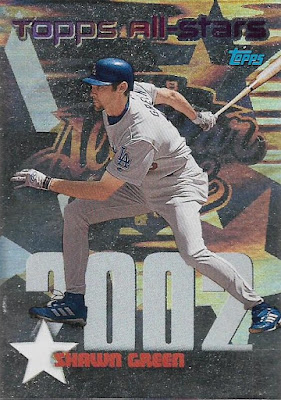 I had intended to head out and force my Target gift card to find something worth buying from the card aisle today.

That will wait until tomorrow because at the exact time that I was preparing to leave the house, a winter snow flare-up blew through town raising the travel meter from "routine" to "interesting." It wasn't the friendly kind of interesting, so I switched gears and decided to tackle a package from Nick of Dime Boxes and All The Card Shows in the World Are Three Miles From My House.

I was the happy recipient of some cards he found in some of those dime boxes at some of those card shows. But I knew I would have to clear time from my schedule before I could blog about them because Nick smartly heads right for the late 1990s/early 2000s when he's finding me cards.

Here is a good explainer: 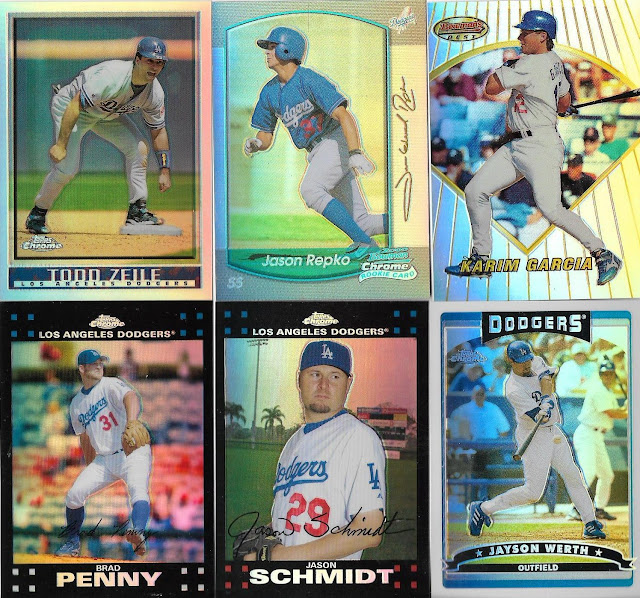 These six cards are masquerading as cards that I own already. Yes, they're shiny, but I own lots of shiny cards.

But as a seasoned collector, I knew I should examine these cards. And it's a good thing I did. 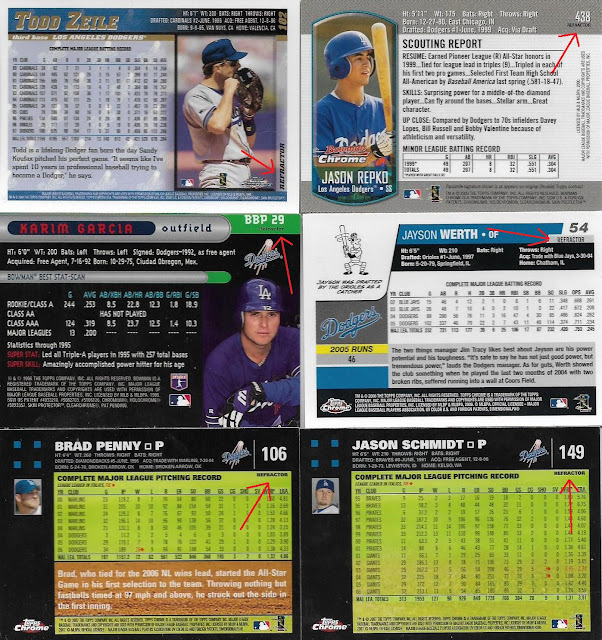 Each and every one is a refractor and notes that fact on the card back. The Karim Garcia card even features an entirely different card number on the back despite the front being virtually identical to the base Bowman's Best card. This is subtle aggravation direct from the '90s. 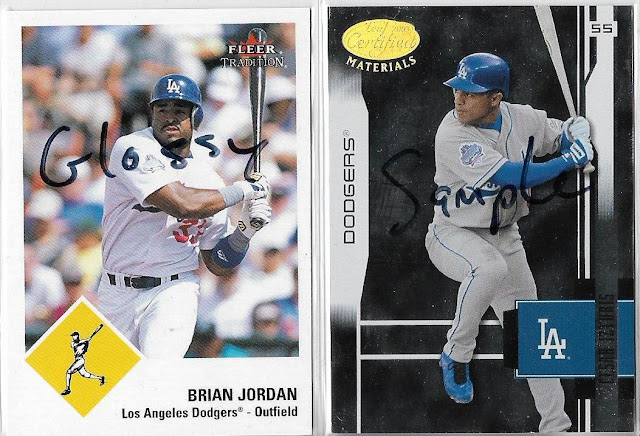 These two cards Nick didn't even let me examine. Rather than risk me throwing them in the dupes box he pointed out that one is glossy and one is a sample. Both are noted on the back in foil stamping (the Jordan is numbered to /100). 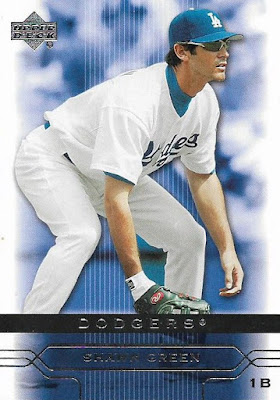 This card, however, stumped me.

It's a 2005 Upper Deck card that looks very much like the base card of Shawn Green, which is this: 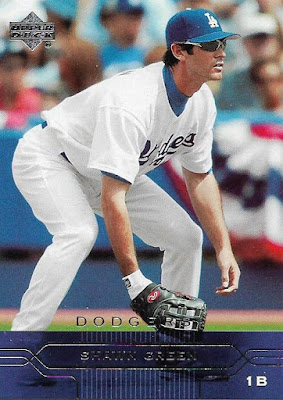 Obviously, there are differences. But after checking the Standard Catalog of Baseball Cards I still didn't know anything more.

I looked on COMC and it appears to be something called the "Retro Color" variation. I don't know what that means but I do know the notorious Joel's Hit Show is selling it for $50.00.

When it comes right down to it, I prefer not to examine my cards that intensely. 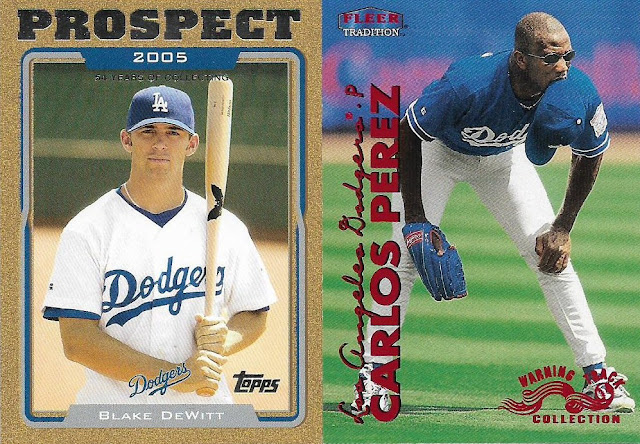 This is why I prefer much more obvious parallels and variations. I work for a living, I don't need to work more in my hobby. Give me colorful borders and wacky '90s titles like "warning track collection." Hit me over the head with your variation. Really, I don't mind. 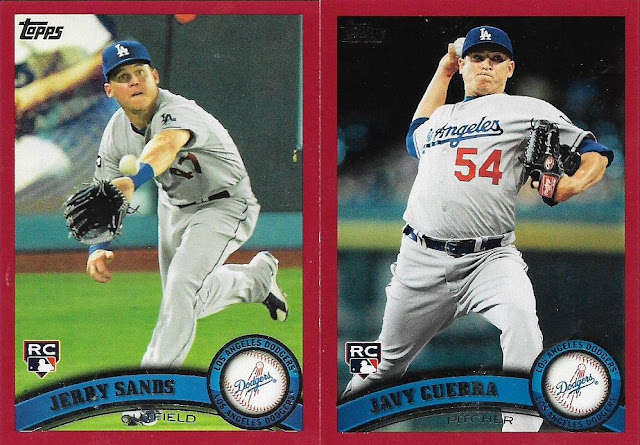 Not only do blatant parallels like this save time, but they look pretty, too. 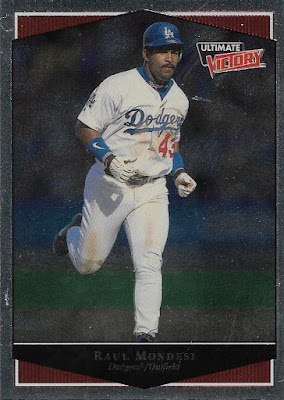 I consider it an Ultimate Victory when I spot the difference right away, so please, don't be so discreet. I know it's my duty as a collector to examine my cards, but why does the world have to be that way?

All of the rest of the cards that Nick sent were very easy to identify and happy additions to the collection. 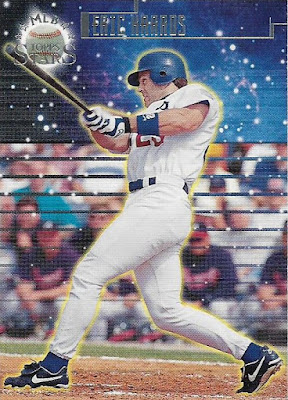 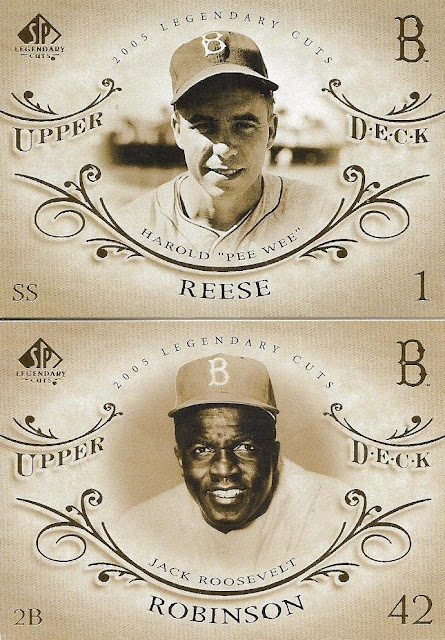 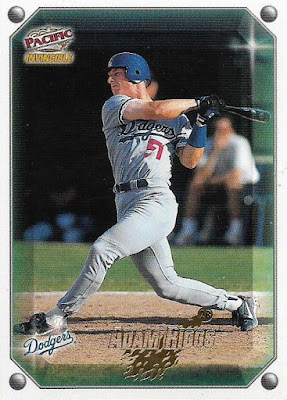 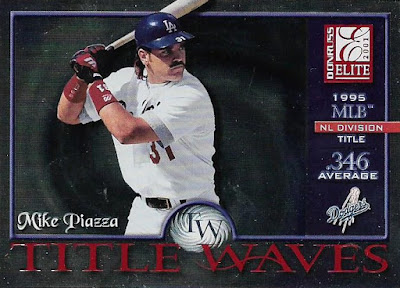 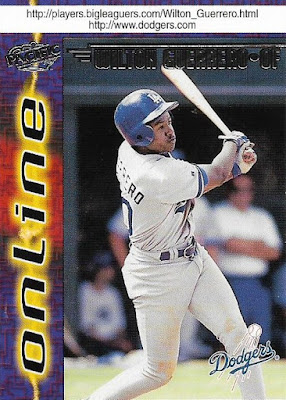 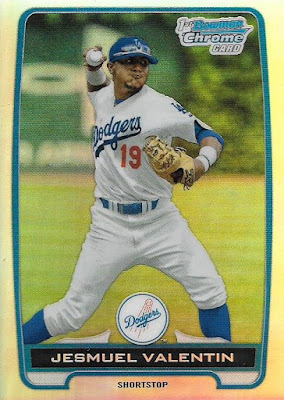 I think Nick may have found my old want lists with some of these. 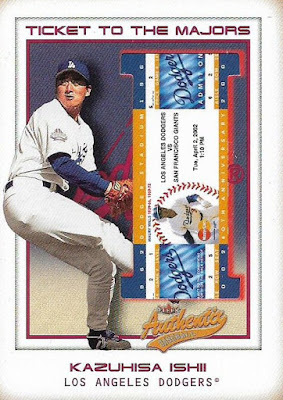 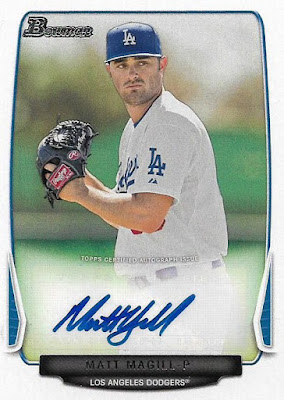 Nick even found some hit cards in the discount bins, probably because a ticket stub that I don't even know is real is not really a hit and Matt Magill spent last season in the Padres' minor league organization. But cards like this always have a home with me.

However, the fastest way to my card collecting heart is with oddball cards from my youth and here they are: 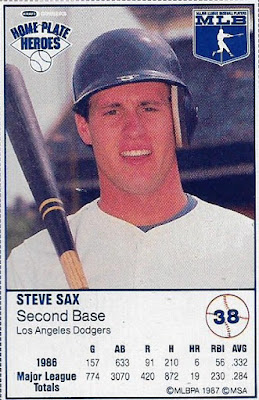 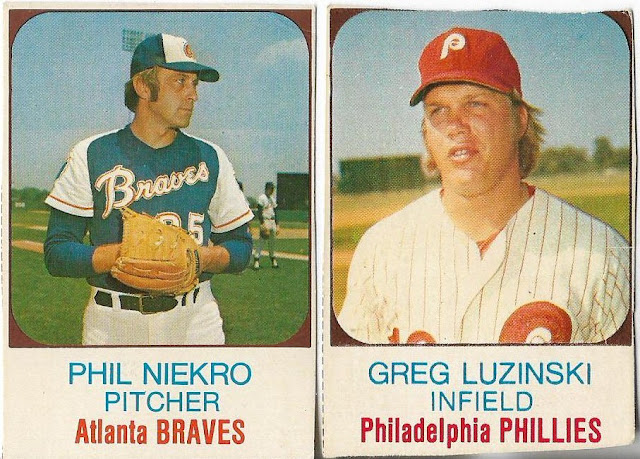 Best cards in the bunch.

And no relentless examining required.

Brett Alan said…
I love the little smudge/defect/scanning error which makes it look as though the player on that red parallel is named Jerpy Sands. Go Jerpy!
January 2, 2018 at 8:46 PM

Once a Cub said…
I went through the same thing with Mark Prior and those 2005 Upper Deck cards when I picked up a player lot a few years back.

Johnnys Trading Spot said…
Still nothing like crossing off of needs.
January 2, 2018 at 9:09 PM

Billy Kingsley said…
BBP is a telltale sign of being Bowman's Best Preview...which was inserted into Stadium Club, at least for the NBA version.
January 2, 2018 at 10:56 PM

GCA said…
And that is why I don't do Bowman...multiple numbering in the same (set)? I'll pass.

At least the companies had the decency to mark the Refractors. There are a couple sets (Finest?) that don't. Those have to be the biggest pain....

But on a positive note, nothing better than crossing off obscure parallel wants!

Nick said…
Putting that package together was really a prime example of how odd and confusing the '90s/early 2000s could be. I'd never even heard of those 2005 UD Retro cards before I found a few in a dime box recently, and I didn't even realize what I had until I got home from the show later that night. The Magill autograph actually came from a repack, of all places -- though I knew the Hostess would probably be the biggest hit(s) of the package (as they should!).
January 3, 2018 at 12:29 PM