Just another day of something I've never seen before 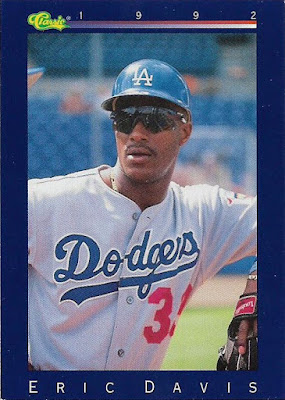 We received close to two feet of snow yesterday and last night in the big winter storm that hit the Northeast. It wasn't anything I haven't seen before. Schools closed. Cars got stuck. The usual.

I've reached a point in life where I've seen and experienced many events and activities multiple times. I get the feeling that this bothers people who are my age or especially those who are younger. They're always on the hunt for new experiences, whether it's an exotic trip or whatever. But it doesn't bother me. I know I will "grow as a person" whether I go to Zimbabwe or not.

Besides, I have baseball cards. They provide me with new experiences on almost a daily basis.

I don't even have to go straight to the newest card product (Topps' Opening Day is out today. Did you know they have short-printed inserts in Opening Day this year? That trip to Zimbabwe is sounding better already).

For example, the Classic sets of the late 1980s/early 1990s. I still haven't figured those out.

I thought I did.

There are the green-bordered cards from 1987, the first Classic cards, which were part of a trivia board game.

Then there are the yellow-bordered cards from that same year that was like an update set.

No wonder I started getting confused.

After skipping a year, Classic was back in 1989 with those pink & blue bordered cards. The update set was orange & maroon. And the second update set was purple & gray.

The 1992 Classic sets look different with white borders for Series 1 and a red&blue combination for Series 2. And I thought that was it for Classic that year.

Until reader Nick M. sent me some cards, including that dark-blue bordered Eric Davis card that started the post.

What in the heck was that? 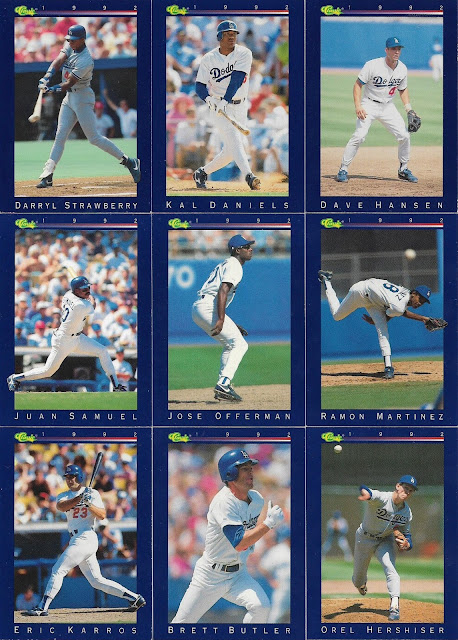 I practically ran to my Standard Catalog of Baseball Cards.

It turns out there was a Collector's Edition of Classic in 1992, too, and these are the cards from that set. (And the Standard Catalog also wanted to tell me there's a 1993 Classic set but I stopped listening).

So, there, that was my new thing that I had never seen before and it came straight from the junk wax era, in which everything supposedly has been seen by everyone.

Baseball cards will continually surprise you.

The '92 Classic Dodgers cards were actually on my want list, which is why Nick sent them to me, and also clues you in to how little I know about a bunch of the stuff on my want list.

Nick, who has sent me cards several times (here's one example, but there's others), also sent another team set that I don't believe was on my want list: 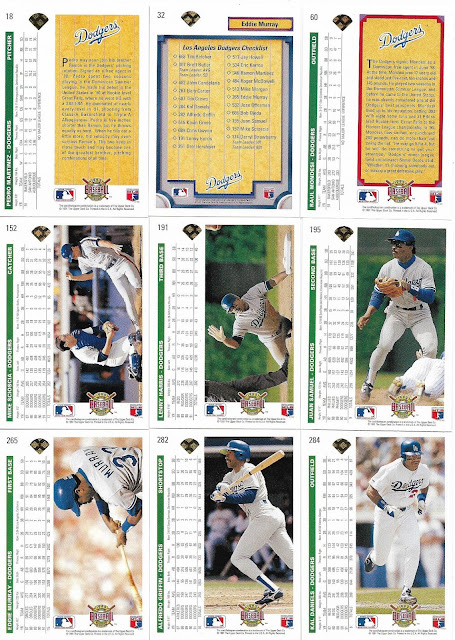 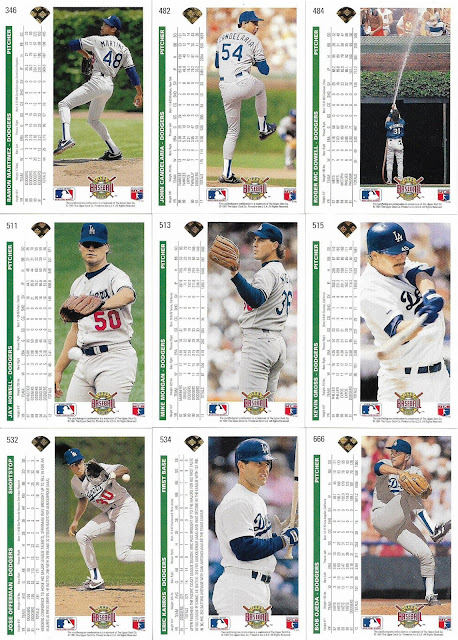 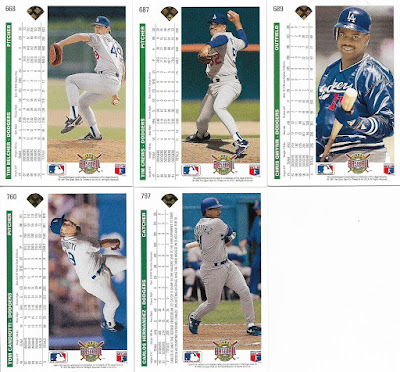 I'm showing the back because the fronts everyone has seen before. The backs are the gold hologram variation from '92 Upper Deck.

These were a big deal for some collectors but mostly all this does for me is make me wonder how many times I threw a 1992 Upper Deck card with a gold hologram into the giant box of dupes.

These will be going into the binders with the backs facing up. 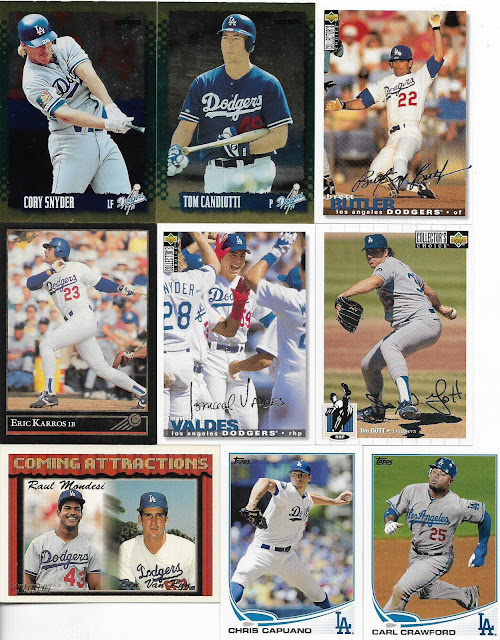 Experienced blogger and collector that I am, parallels dominate my want lists. These are all parallels that I needed. 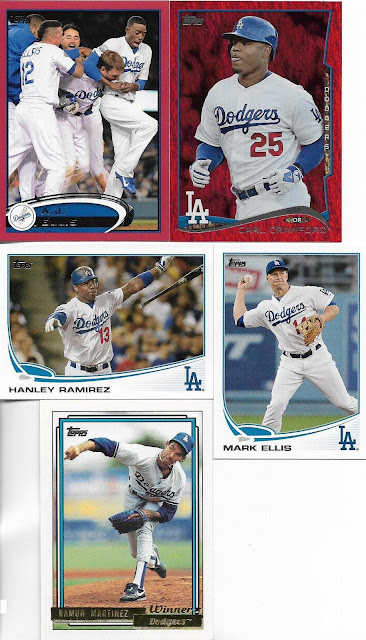 Those are a few more. 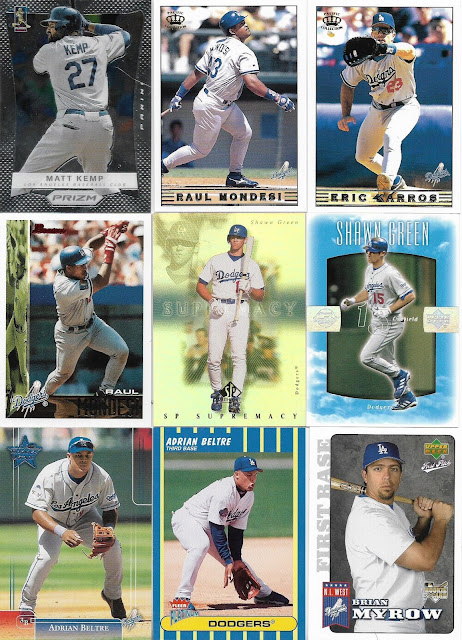 But Nick was able to find a few regular old base cards that were on my want lists, too, some that I've never seen. 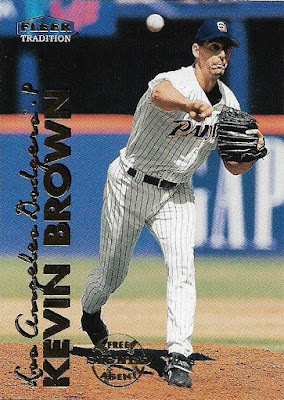 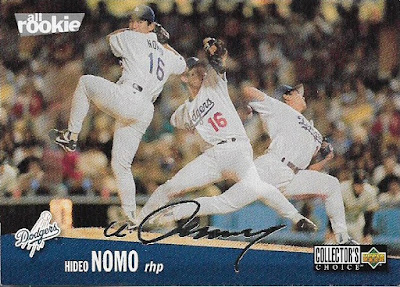 One, I've seen before and enjoyed many times. It is a favorite and now I have the silver parallel. 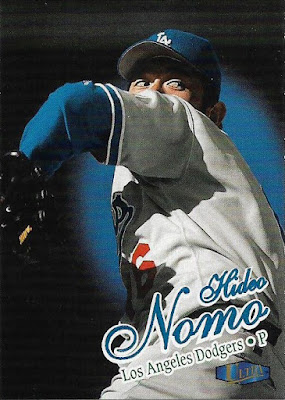 And, two, a card I've never seen before. It's just terrific.

That will brighten my day and expand my mind no matter where I am, here at home or in a tent in Togo.

Just another reason to collect cardboard.

P-town Tom said…
The angle of the photo of the last Nomo card is just perfect. Eyes just peering over the shoulder. What a great card!
March 15, 2017 at 8:04 PM

Base Card Hero said…
That Collector's Choice Nomo is saaaweet! Not one part of me remembers that awesome card-- and I opened a ton of Collector's choice.

Anonymous said…
I got severely confused by Classic about a month ago, and wrote up a general explanation of what I found; it might help with the confusion. "Collector's Edition" meant that it came as part of a serially-numbered board game, as opposed to the "Travel Editions" which came in smaller packaging. You can read more here:
https://shlabotnikreport.wordpress.com/2017/02/13/a-classic-case-of-confusion/
March 15, 2017 at 10:37 PM

Commishbob said…
Classic put out some nice looking stuff but they appeared just about the time I was becoming a victim of 'trading card burnout'. I think I have a couple that folks have sent me through trades.

Nick said…
"These were a big deal for some collectors but mostly all this does for me is make me wonder how many times I threw a 1992 Upper Deck card with a gold hologram into the giant box of dupes."