If it didn't happen on a baseball card, did it make a sound? 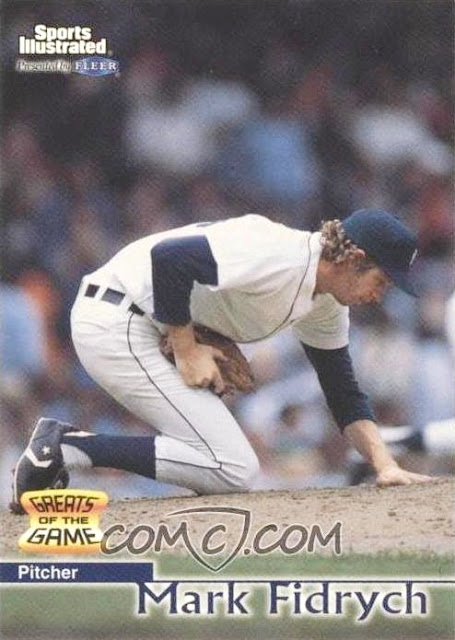 I finally requested shipment of this card today. It had sat in my COMC cart forever and there is no reason that it should have escaped me for so long, too many card interests or not.

This card, to me, is confirmation -- proof, if you will -- that Mark Fidrych did, indeed, smooth the mound from his knees in the middle of pitching a game.

My brain, even without this act appearing on a card, knows that Fidrych did this. I read about it in the newspapers and The Sporting News when I was a kid in 1976. I saw it on television. I can go back and watch his mound maintenance on youtube. There might be even be a picture of him doing it in an old Baseball Digest I have stashed somewhere.

But you know the media. Fake news. They lie. Cards is where you can find the truth.

OK, I'm being facetious. But, really, as a kid growing up in the '70s, visual evidence was limited. There were pictures in the newspaper -- and let me tell you, photos of Detroit Tigers in upstate New York were rare. There was Sports Illustrated. There was Game of the Week, and a few New York games if you had cable. That was it.

But, sadly, as I've mentioned many times before, cards didn't do a great job of capturing the baseball of my childhood. Thank goodness the uniforms were so goofy in the '70s -- at least I have proof on cards that happened -- but everyone was so trapped in batting and pitching poses, they didn't look at what was around them. (P.S.: this is why the 1976 SSPC set is so treasured, it captures the time so well). 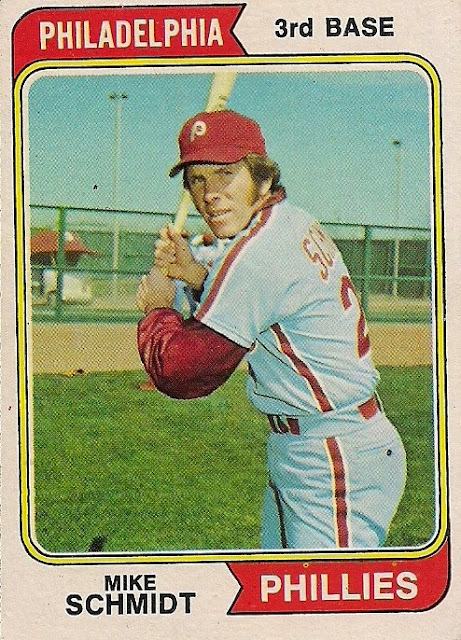 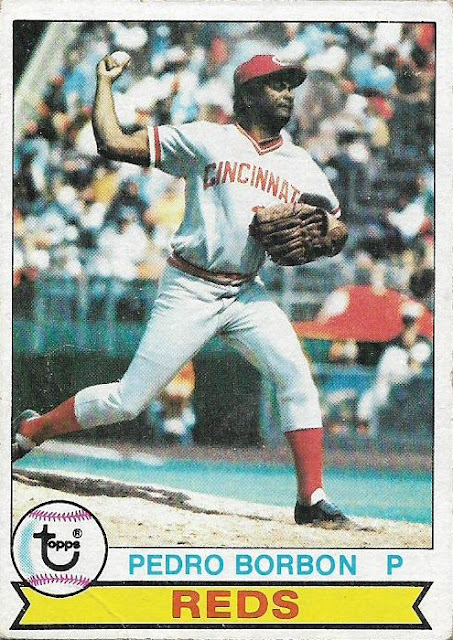 These are the only two cards that I know of that showcase the cap-wearing bullpen carts that were so ubiquitous during the mid-to-late 1970s. But you'd never know they were so plentiful looking back at the cards now.

So it goes for other staples of the 1970s: MIA on cards are pillbox caps on teams other than the Pirates, the glorious golden-tinged scoreboard graphics, and Morganna the Kissing Bandit. And, of course, also absent on baseball cards was Johnny Bench's mustache.

"Wait a minute," you're saying.

Yes, up to about a month ago, I would have agreed with you. Of course not. Of course, Johnny Bench didn't wear a mustache.

Here is just a selection of cards I own of Johnny Bench from his playing days: 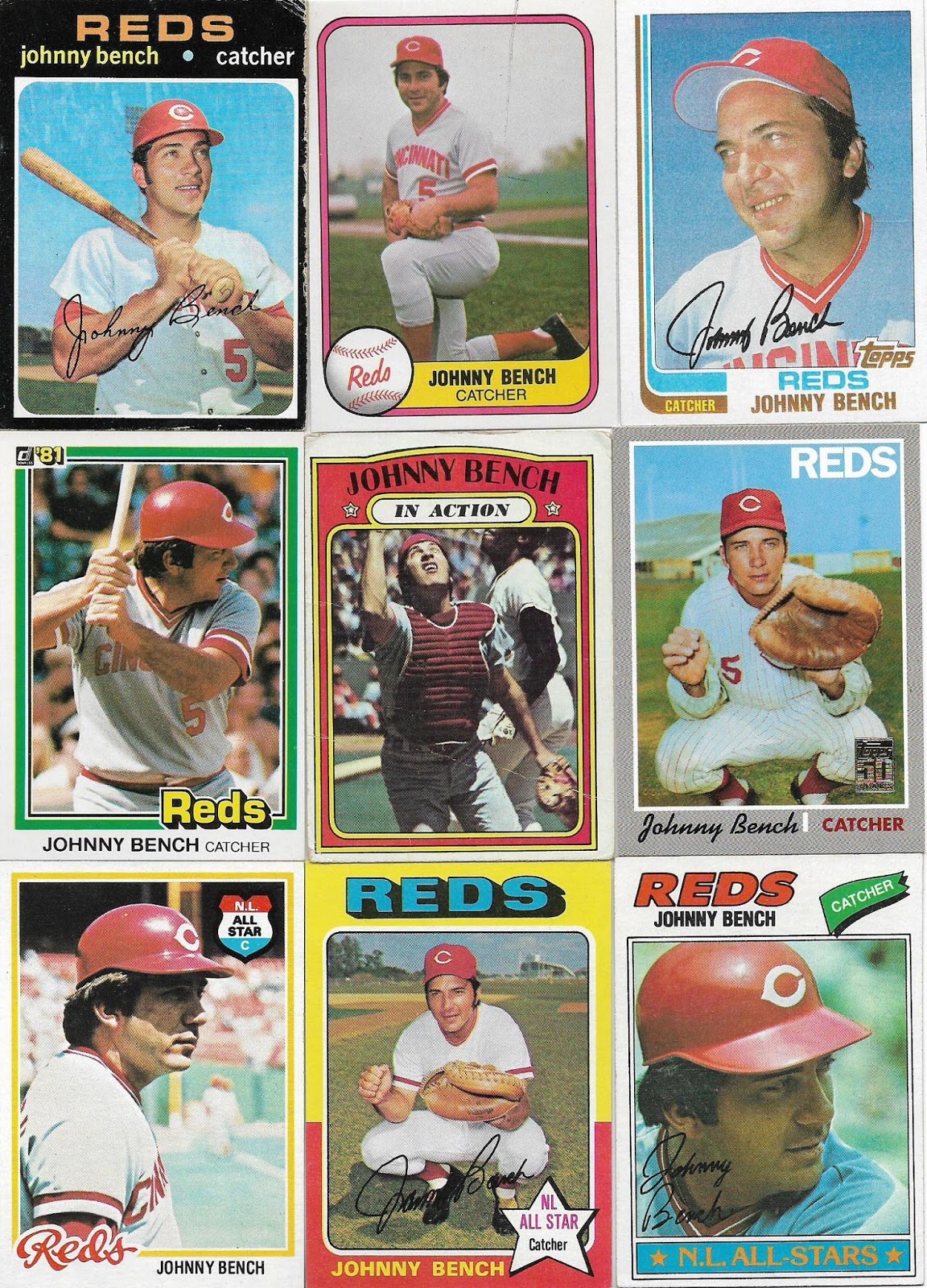 Do you see a mustache on any of them? Of course you don't.

Because Johnny Bench didn't have a mustache. It's there in the cards. The Reds have carried a very strict rule against facial hair for years and it was in full force during Bench's playing days. Absolutely no facial hair, certainly no must ... ach ... es ... 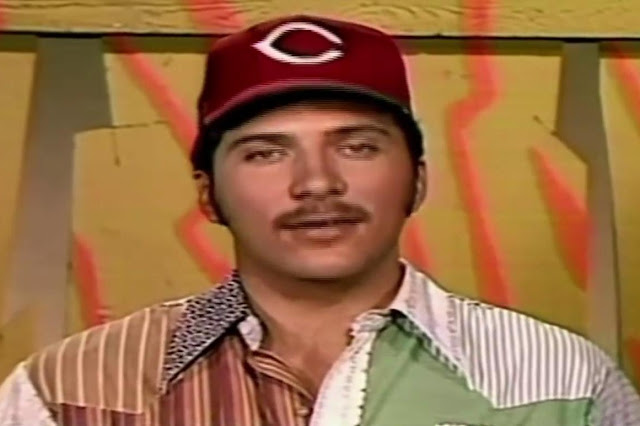 Hi, he's Johnny Bench. He has a mustache.

You could have knocked me over with a 1981 Donruss card when I saw this image.

I'm going to admit to you right now, with no sign of shame, that I was watching a few old Hee Haw shows a little while ago. Hee Haw reminds me of growing up the '70s, too. It was on almost every Saturday evening after dinner. And although I was too young to appreciate corn-pone jokes, big-haired country singers or low-cut blouses, I didn't mind watching it. There was a lot of laughing on Hee Haw. I liked laughing.

Apparently, so did baseball players from Oklahoma.

Several baseball players appeared on Hee Haw. Bench, Mickey Mantle and Bobby Murcer all did and all were natives of Oklahoma. Dizzy Dean was also on the show. He was a native of Arkansas, which I suppose is close enough.

I don't know why Oklahoma-bred players gravitated toward Hee Haw, it's not the only country-fried state in the union. But never mind that, because, "You guys! Johnny Bench is wearing a mustache!!!" 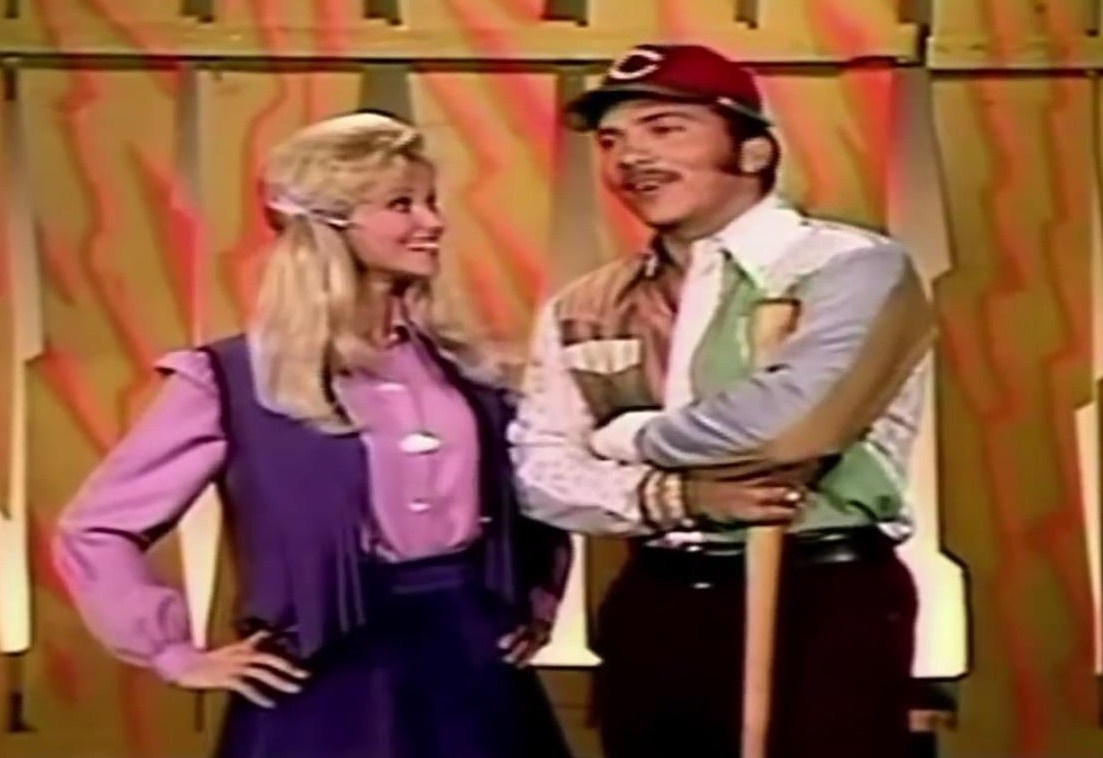 There he is with Gunilla Hutton! Mustache!

The episode I was watching aired on Feb. 5, 1972. I'm assuming it taped much earlier, but it still likely taped during the baseball offseason, which I guess was when Bench figured he was free-and-clear to grow a mustache.

By the time spring workouts rolled around and baseball card photographers started roaming the field looking for ballplayers, Bench had shaved off his mustache to keep in compliance. And to let the kiddie collectors know that Bench was a clean-shaven follower of Cincinnati Reds' law.

We were all fooled.

I had no idea that Bench had a mustache.

I still don't know if I believe it. Because it didn't happen on a baseball card. 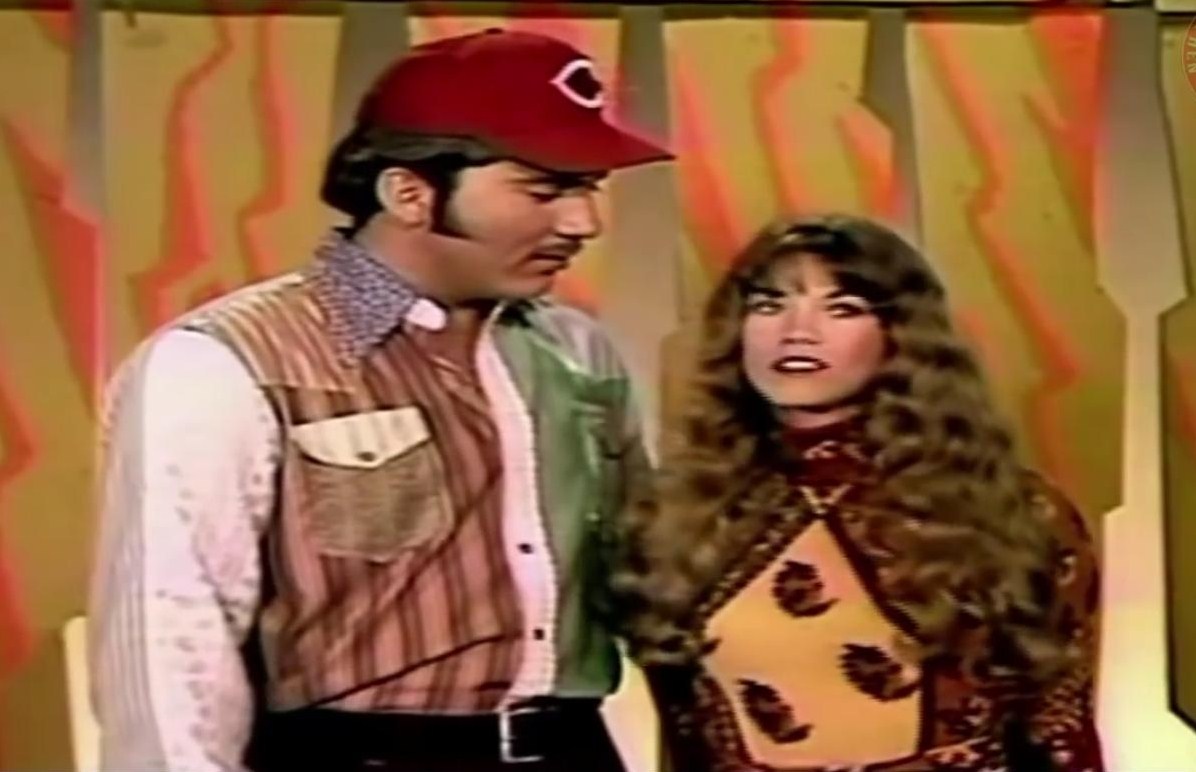 But there he is again with Barbi Benton (Bench is 6-1, which tells you how tiny and super-cute Barbi is).

Since I made my discovery, I've found a couple other references online to Bench's brief mustache appearances. They're as blown away by it as I was. I'm assuming they were also baseball card collectors.

Because baseball cards back then were proof of everything that happened in baseball. That's how we knew our players.

Cards or it didn't happen.

Cards or it didn't make a sound.

acrackedbat said…
This was a trip for me! The Fidrych is excellent but Hee Haw? I am an Okie and grew up on the show. Buck Owens and his red white and blue six string is the reason I learned to play guitar. I carried a Hee Haw lunch pail in second grade. It gave me the first and only black eye I ever had. Running home from school for who knows what reason, I tripped and fell, landing face first on the corner of it. Dinged the heck out of that heavy duty metal box. A real trip.
March 23, 2017 at 7:42 PM

Johnnys Trading Spot said…
Yes indeed, grew up watching it too. I knew back then I liked those girls gossiping in front of the corn. BR549, is a reference these days I use all of the time. (just to see who gets it)
March 23, 2017 at 8:40 PM

Billy Kingsley said…
I never got to see Hee Haw but I kind of wish I had. I remember my parents discussing it, they watched it. I mostly associate it with the references on the Simpsons.
March 24, 2017 at 5:04 AM

GCA said…
Like you saw on my current post, I can still recite the "Gloom, Despair,.." and Doc's "Where O where are you tonight". Classic. As were the gorgeous ladies on that show.

CaptKirk42 said…
Ah someone beat me to the Cardinals pillbox hats. The Pillbox conspiracy after the 1976 season only the Pirates kept the pillbox hats. Going retro cool when going retro wasn't cool.
March 24, 2017 at 2:56 PM