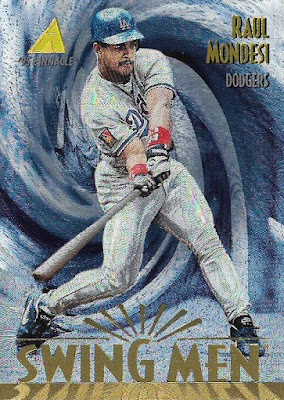 A couple of years ago, I wrote a post titled "Let's Complete a Team Set Today". It was a happy little tale about how I completed the 1996 Fleer Team Wax Dodgers set, as confusing as Fleer made it that year.

But that was mere peanuts compared with what we're going to do today.

I have a list on my sidebar called "The Nebulous 9". I like to put the final card needed from a particular team set on that Nebulous 9 list, because there is nothing more satisfying than completing a set.

You may have noticed that the list is now down to three cards. That's because I won a contest at Bob Walk The Plank and he decided to wipe out my needs on the Nebulous 9.

Because of his decision, he completed six team sets for me. SIX.

Let's take a look at them now: 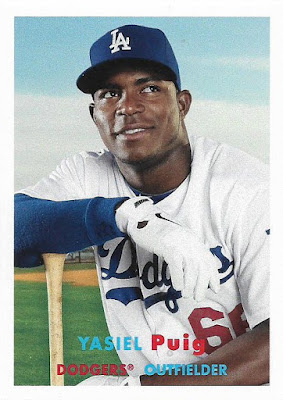 Technically, there's still that stupid short print Jackie Robinson card. But I'm not paying $25-$50 (that's what it's going for these days) for an ordinary-looking card with the same pose of Robinson that I've seen on countless cards that I can buy for 50 cents or less. So, this team set is complete. 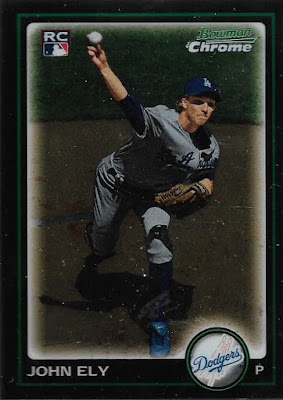 The last card I needed from The Year Of John Ely was John Ely. As of 2015, Ely was still hanging in there, pitching in independent ball. I don't know what he's doing now. Except completing sets for me. 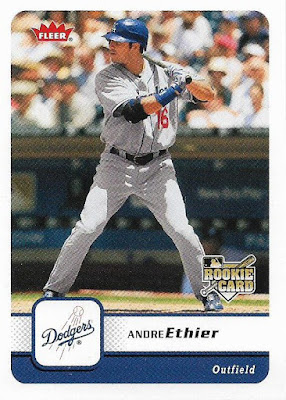 What a stickler this card was -- you know how loopy people get when they see that "rookie card" logo. But it's mine now. And, as is often the case, I received this card again in the mail today. 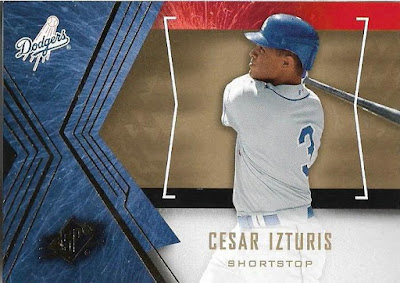 You don't see a lot of SPX cards in card packages. And I often forget to tackle these sets (what's so exciting about a 5-card team set?). So I was very happy about this one. 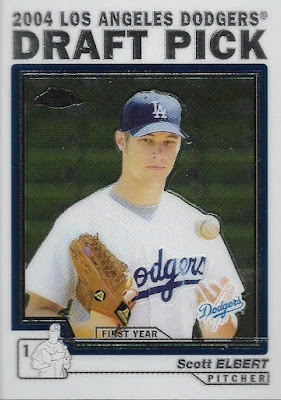 I know I should protest against completing sets like this (a Chrome Traded set, come on). But my powers are weak in this area. A chrome version of Scott Elbert because he's going to do big things, right? Yeah, you've suckered me into it. 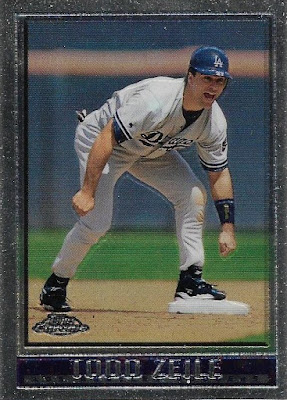 Late 1990s Chrome does not do it for me at all. But I'm very happy that I've got the last card just so no more of these arrive in the mail.

And, that, my friends, is six completed team sets in one shot.

It would have been seven team sets, but the Swing Men Raul Mondesi card BWTP sent me is the museum parallel (somehow I've managed to accumulate like five museum parallels and none of the base card).

But still, six is absolutely phenomenal.

And that's not all. Because I was a prize-winner, Matt sent a couple of beauties: 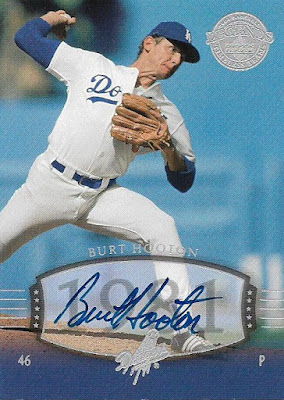 A Burt Hooton auto from Timeless Teams. Burt shows up a lot in autograph sets. I think he doesn't get a lot of respect. But go back and look at some of his seasons. GMs would be blowing up his agent's phone if he was pitching today. "(Agent (breathlessly): ... AND, he can pitch more than 5 innings a game!" 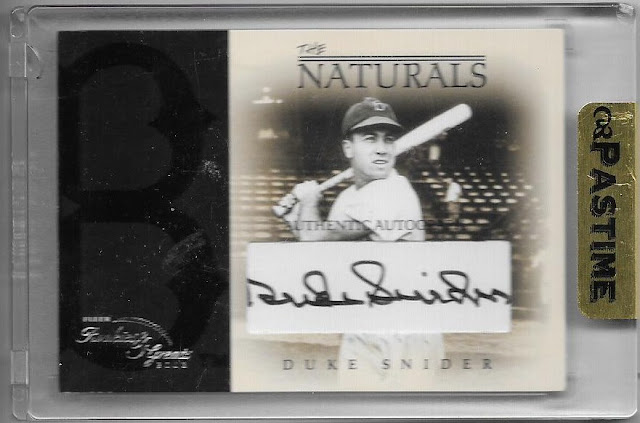 It's numbered to /50 and it's presented so exclusively that I haven't had the heart to break it out of its case. I'll have to work my way up to that.

Thanks, Matt, for holding that contest and sending all those goodies. I'll have to load up the Nebulous 9 list soon. People seem to like looking at that thing.

Fuji said…
Congratulations on completing those team sets. But I gotta know... did you use a thesaurus to come up with six ways to say "completed"?
March 3, 2017 at 12:10 AM