What I've been doing with cards 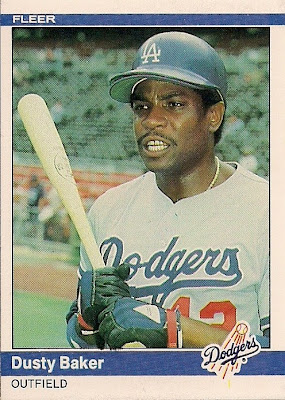 Note to Night Owl: Introspective posts don't work when everyone is off at a cookout.

OK, on with today's rambling.

Even though I've been pretty busy with my job this Memorial Day weekend, I have managed to squeeze in some card things here and there. So let's see what I've been up to. (I've addressed most of this on Twitter, so if you've seen it there already, you can go play frisbee, or whatever people are doing outside now).

It happens a lot to me because I pull cards for blog posts and then forget I've pulled them. I pulled a bunch for that face percentage post and totally blanked that there were Dodgers cards for that post, and then updated my binders without those cards. Arrrggghhhhh!

So I'm in the middle of updating the update -- grrrrrrr -- and right now I'm at the start of 1984 Fleer, the Dusty Baker card that you see here, which features a look on Baker's face that describes my mood about this whole thing perfectly.

So, let's skip this and go on to more card-collecting frustration.

I was able to get away to Target the other day (yes, I am living the good life) and instinctively stopped at the card aisle. There is nothing new right now that I care about, but Heritage is good when everything else sucks. And it was at that moment that I realized that I had left the Heritage coupon at home that I pulled months ago out of a Series 1 blaster. 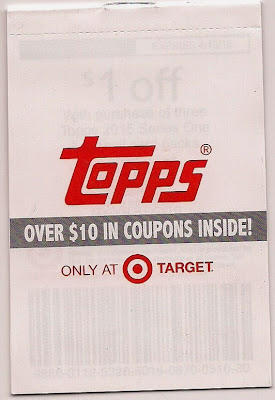 This wasn't the first time I have done this and it occurred to me at that point that my baseball card coupons -- idiot -- should be in my wallet.


Without a coupon, I bought one of those Heritage hanger boxes instead of a blaster. It was a pretty good box. I landed the Dodger Jimmy Rollins card I still needed and a few other items. But I wouldn't have bought it if I had remembered that the boxes contain these: 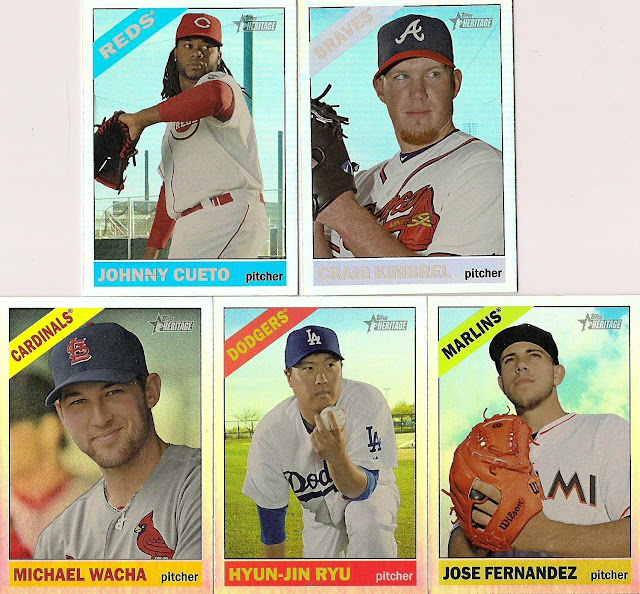 These are the foil cards that replaced the red and blue parallels. I've never cared about foil cards in the first place and to include them when you also have the (better) chrome Heritage cards in the set is pointless.

But that's a pretty cool selection of pitchers there (Wacha and Kimbrel and probably Cueto are spoken for already. And, of course, out-for-the-season Ryu is mine).

P.S.: The Topps coupon is now in my wallet and I have exactly six days to use it. I'll try not to screw it up.

The coupon joins the two wallet cards already residing there. I thought this would be a good time to pull them out and contrast and compare. 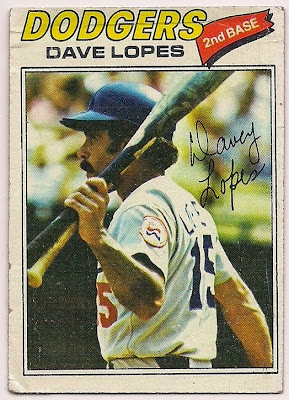 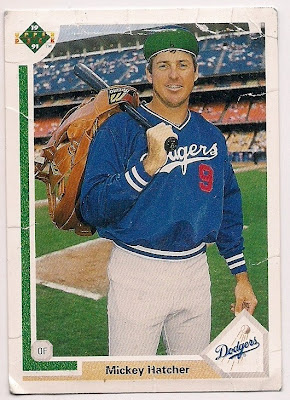 Each of these cards reside in opposite ends of my wallet, in the billfold area -- you know, where the money would go if I had any money.

I think you can see that the Lopes card is more well-off than the Hatcher card, which just goes to show you how cards need to be printed on real cardboard.

Like many older collectors, I view Upper Deck with some resentment because of how it converted every card company's card stock into the slim index cards we're dealing with today. 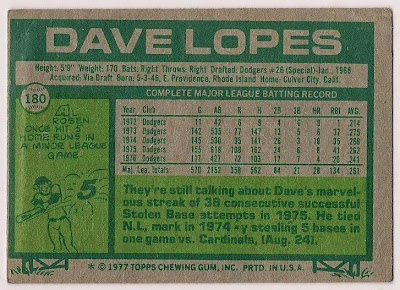 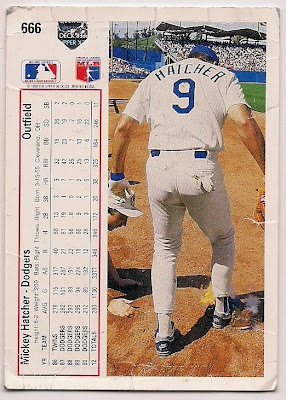 Again, the '77 Lopes looks almost unblemished when compared with the '91 Hatcher.

Just in case the positioning of each card in the wallet is affecting each's condition, I've swapped where Lopes and Hatcher reside. But I expect similar results when I pull them out again in a few months.

Sorry, that's all you get for #walletcard right now. If I ever get a vacation, maybe Lopes and Hatcher can finally appear on a picture outside in the fresh air.

However, I was able to get one other card out in the open. 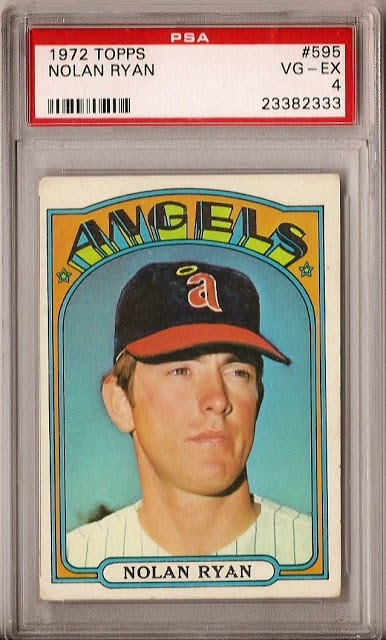 You knew that '72 Nolan Ryan wasn't going to remain encased for long in my possession.

I like hammers too much for that kind of nonsense.

So, one loud noise later, Ryan is feeling the breeze on his face: 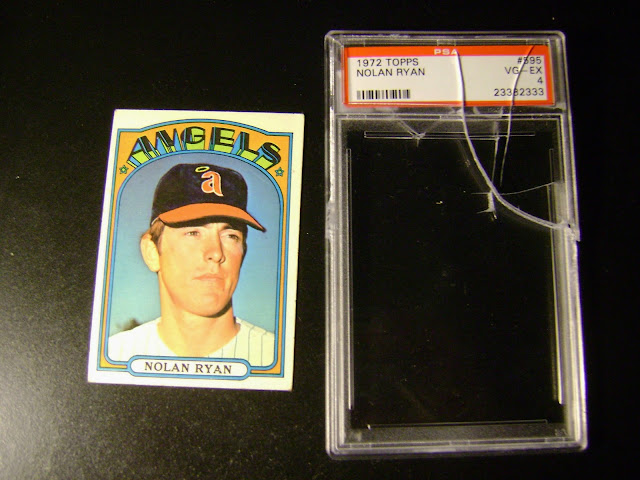 So that's what I've been doing with my cards the last few days.

This needs to be my full-time job.

Zippy Zappy said…
I believe organizing baseball cards used to come with a free dental plan but the union bargained those rights away.

Fuji said…
Ahh... the infamous binder update. If there's one downside to collecting... it's that. Mainly, because it's a never ending process. The more cards we add... the more updating that needs to be done. Oh well... if that's the biggest complaint I have about collecting cards... it's a pretty damn fine hobby we have.

Congratulations on freeing your Ryan. I have a Koufax autograph that will be breathing fresh air in the near future.
May 25, 2015 at 8:42 PM

acrackedbat said…
Hammer time! I have a couple of slabbed cards which deserve their freedom. Is it so simple? Nolan appears unscathed. Glad you're enjoying time alone with your binders. Mine are temporarily abandoned in MI. I'm going to claim them very soon.
May 25, 2015 at 9:22 PM

Anonymous said…
Nice way to "put the hammer down" indeed! Always preferable to have free range cards as opposed to the coup'd up variety.
May 25, 2015 at 11:36 PM

Tony L. said…
I spent my weekend doing something similar to this, other than the use of the hammer. It's fun to see the cards and to see progress in the sorting...but it's not fun to play the binder shuffle with the cards.
May 26, 2015 at 9:39 AM