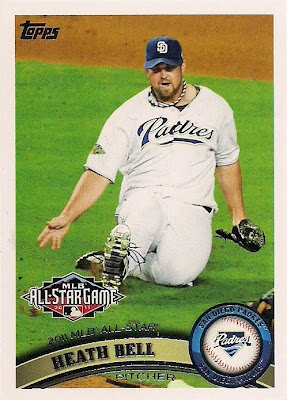 I'm fairly certain that I have never slid head-first in a baseball game in my entire life.

When I was learning to play baseball, the head-first slide wasn't a thought. Almost nobody but Pete Rose did it back then. It wasn't taught in youth baseball or by any coaches. It was considered "hot-dogging it" by just about everyone.

Obviously, that was a long time ago. Head-first sliding -- although it seems a lot more jarring and messy than feet-first sliding -- is now as common as any 100-year-old baseball activity. And it makes for very dramatic baseball cards and video highlights, meaning it's never going away.

Head-first sliding means business. It gives the perception of urgency, of someone willing to do anything to get that base. But I don't know if it's any more successful than a feet-first slide. It seems like a lot of show.

Here are some cards of players sliding feet-first into other stopping points on a baseball diamond: 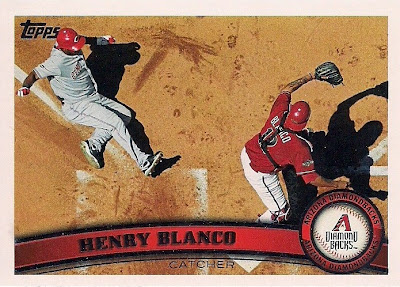 Of course. I could show nothing but home-plate slide cards for every day of the next year and still have cards to go into a second year. They make some of the best cards. 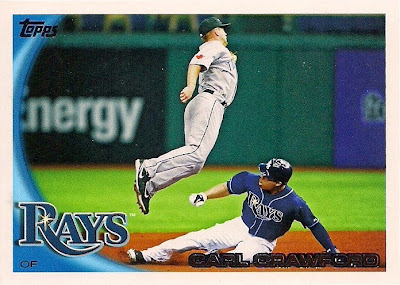 Probably the most frequent place for sliding baseball players on baseball cards. But the vast majority of these slides are captured on the fielder's card, not on the base-runner's card. This is bias against the base-runner I tell you! 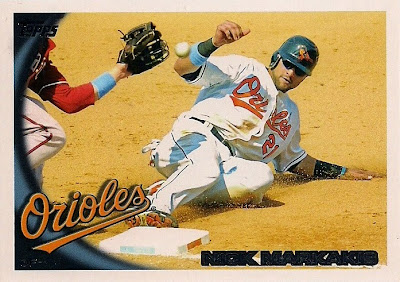 Some of the most pleasing cards you will see is a player sliding into third. It's unexpected and I like the unexpected. 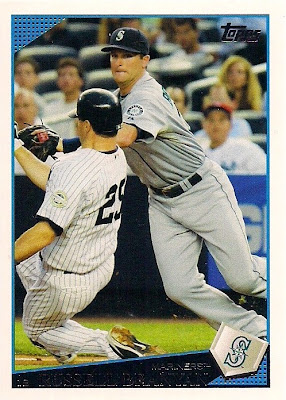 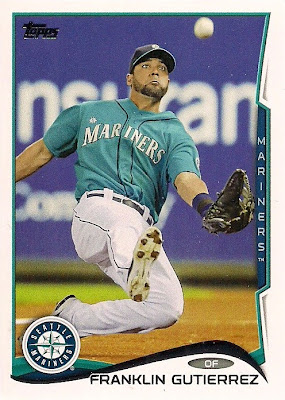 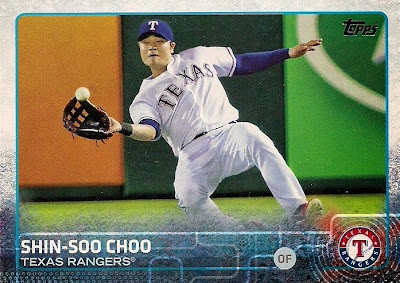 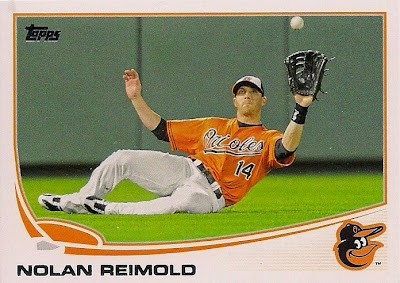 Yeah, I know there are no stopping points in the outfield. I just wanted to show that outfielders can do the feet-first slide, too.

I'll let you decide who's in left, center and right.

That was a long time ago. ... When I was much more agile. ... And not afraid of getting a face full of dirt.

Carry on, baseball players. Do what you gotta do.