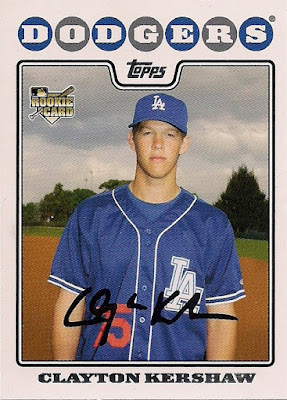 I started this blog in 2008. It doesn't seem that long ago, but it actually is when you consider the lifespan of a major league player with a major league team.

The other one is Andre Ethier. 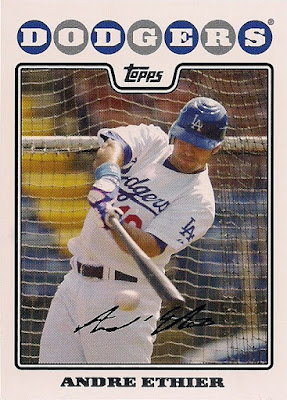 This despite the fact that he has been traded in my mind about 78 times in the last seven years.

If you want to relax the parameters a little, then there are a couple of other Dodgers in 2008 cards that are still with the team: 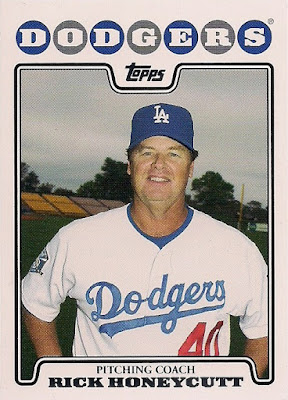 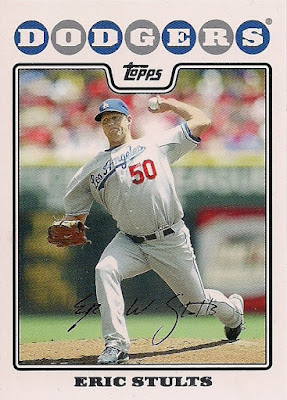 And Eric Stults is back with the team after a long time away, although he was sent down and may end up getting released anyway.

But back to Kershaw, because all that other stuff was a tangent.

Back in 2008, I made a commitment to Kershaw. I saw a pitcher who would perform greatness and I was confident it would happen. In that year, I decided he was my favorite player and that I'd try to focus on Kershaw cards even though I'm not much of a player collector.

Seven years later, there are many, many more Kershaw card collectors than there were in 2008. I haven't bothered to seriously pursue his cards because the prices are too high for me, and I'm still wrapped up in sets and accumulating every Dodger card I can.

But I do make it known that I want each and every Kershaw card and that's grown my collection at a rather modest rate. 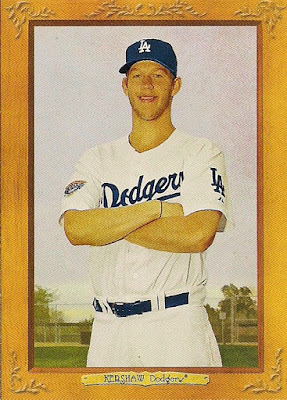 The Underdog Card Collector sent this 2013 Turkey Red card of Kershaw to me recently. 2013 Turkey Red was an online boxed-set exclusive a couple years ago, and I didn't feel like throwing $50 at cards for the few Dodgers I wanted. But eventually all of the Dodgers except Kershaw came my way.

And now, Kershaw settles into place, too.

It turns out he was just waiting for the right moment.

This is it: this is my 400th Clayton Kershaw card.

It's not a huge total by player-collecting standards, but in terms of individual players in my collection, only Hideo Nomo appears more times than Kershaw, and someday Clayton will go beyond Nomo, I'm sure.

Zach sent a few other needs as well. 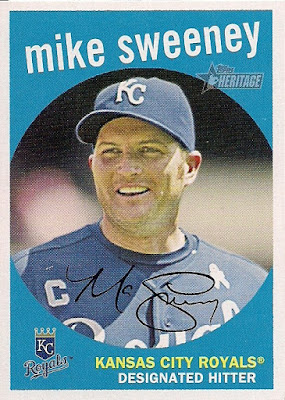 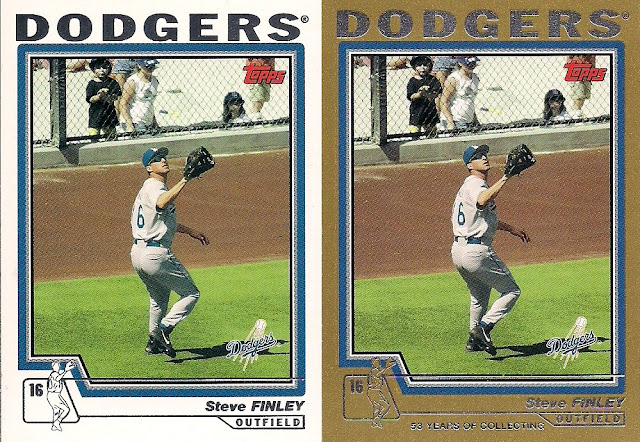 And going farther back into time, here's a 2004 Traded card of Steve Finley with his golden twin, each featuring a freaky looking kid in black in the background that might be the first chapter in what happens when The Omen visits the ballpark.

But enough of the creepiness, it's celebration time!

My Kershaw collection is 400 cards strong!

That's when you really know this collecting thing is a sickness.

Zippy Zappy said…
I have a theory that Kershaw went on to be the best southpaw in the majors because Kuroda (another '08 rookie) used to be his partner when playing catch prior the games. I have the data to prove it.

hiflew said…
Okay that's a new one on me. I never knew there were pitching coach cards in the 2008 Topps set. It's really weird because I have completed the main set and the update set. Is it from a special set not related to the base set or did I just overlook it?
June 1, 2015 at 12:30 AM

Greg Zakwin said…
Congrats! Collecting Kershaw is quite an enjoyable treat.
June 1, 2015 at 12:43 AM

BobWalkthePlank said…
400 is a nice milestone. I have a feeling that number will grow quite easily over the next handful of years.
June 1, 2015 at 8:08 AM

Unknown said…
I can't see the post for the freaky kid in the background. Freaked me out even getting the cards to you, hoping you could use the dark magic for a "good" use. Let's call the 400 Kershaw milestone, just that!