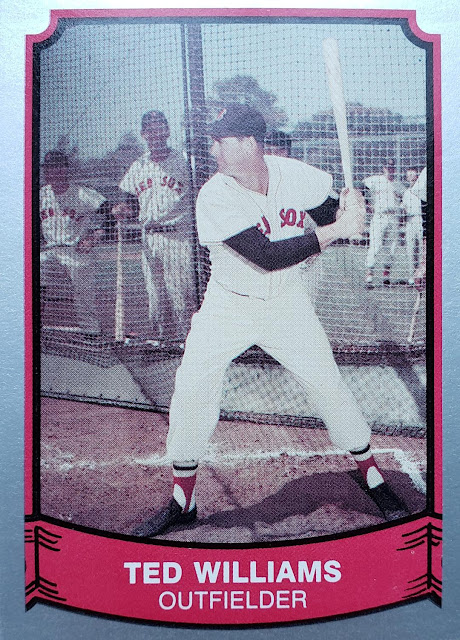 I feel myself finally succumbing to trading on TCDB. It'll probably happen. Sometime in 2023. The thought of recording all my trade bait/dupes on there is not appealing and is keeping me stalling, but if that doesn't become an impossible obstacle, I'll get with the times.
I still like the idea of blog-to-blog trades better. And I'll still try to continue to make those happen until there's no one on the other end.
I just completed one small one and am in the middle of another one.
The completed deal -- and keep in mind this is a very casual "I'll send you some cards sometime, you send me some another time" deal that is very much the hallmark of the card blogs -- was between my blog and The Collective Mind. These cards carry all kinds of old-fashioned blog trade "tells" with them. For example, consulting my blog want lists, I don't know how much they're checked these days.
This card comes off my 1995 Topps Archives want list. The '54 Gil Hodges, and yes I do have an actual '54 Hodges already, cuts down my list on this monstrous set to the final three. You'll probably see them on the Nebulous 9 soon, another old-fashioned type blog want list. 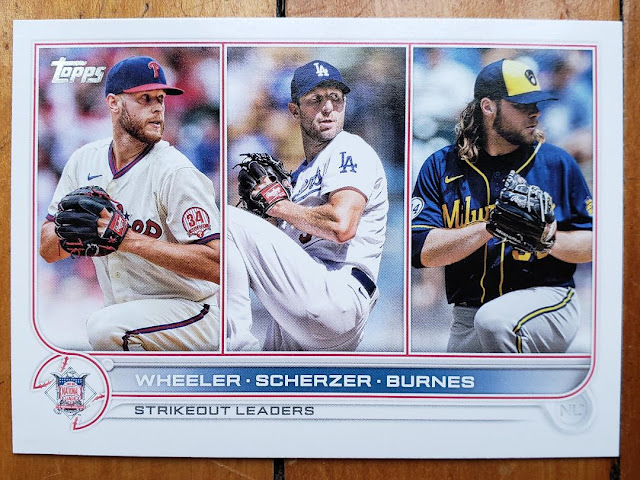 That's where this 2022 card resided until The Collective Mind plucked it off that Nebulous 9. It's crazy that it took so long to land this card, it's as common as possible, a mere Series 1 leaders card. 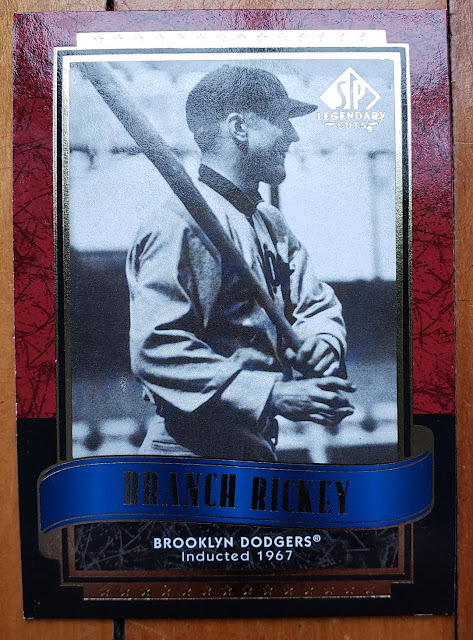 What's more fun than Branch Rickey cards from his playing days? I love the look of the 2003 Legendary Cuts set -- the name's stupid but the cards are snazzy. 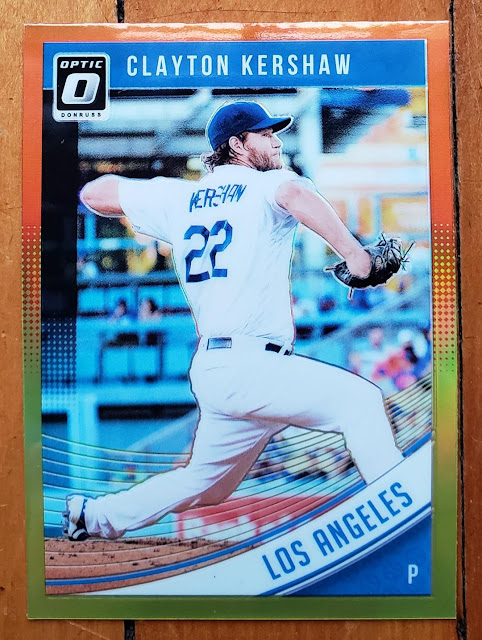 I might have this Kershaw Optic parallel already. I get confused by Panini's parallel names and 8,000 varieties and there's no hope of listing that on the blog want list. TCDB is better for that but even then I can't pinpoint the parallel names sometimes. 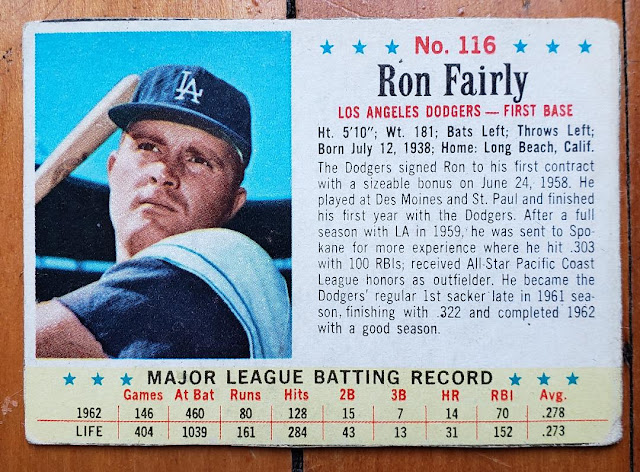 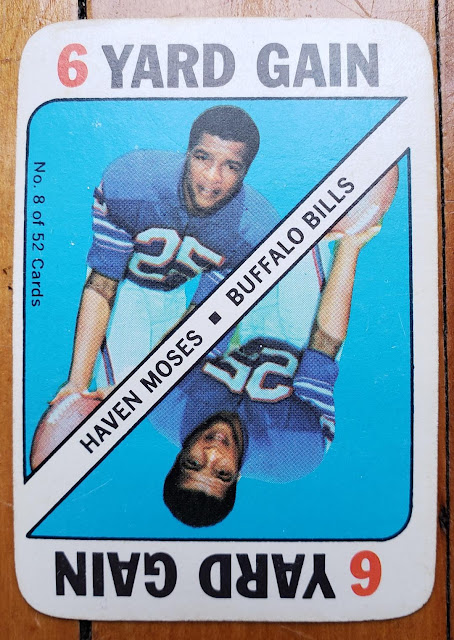 Greg added these two cards after he discovered he had mistakenly acquired duplicates. A quick look at at my wants told him the Ron Fairly is one of the few remaining 1963 Posts I needed! Of course there's no want list up for 1971 Topps Football Game cards but somehow he knew!
So that's how a nice, smallish blog-to-blog trade is supposed to work and has worked for all these years.
Now on to the blog trade still in progress, meaning I haven't sent my part yet. 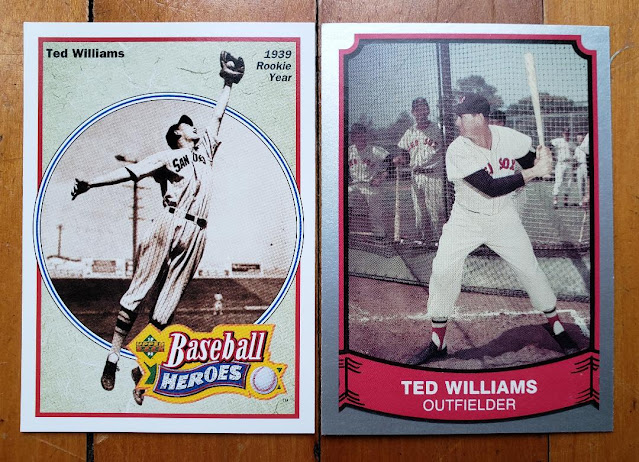 Tom From The Angels In Order is trying to drum up some mail and offered some trade bait. I came along a little late but managed to find a few items.
I always feel I need to add more Ted Williams cards to remember my dad. I'm a little selective about them because there are so many. Pacific is a good one because I'll take any card from that set. The Upper Deck Baseball Heroes cards are super common but I have a soft spot for them. 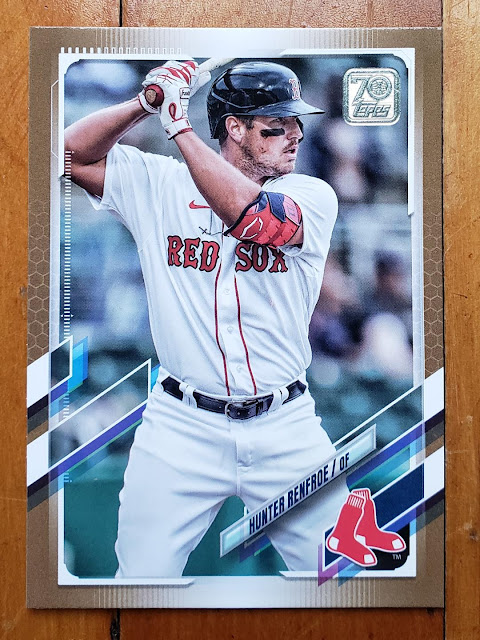 Another Red Sock. This is for the stockpile, hopefully a future blog-to-blog trade. But it could eventually be part of my TCDB bait. Another reason I'm hesitant in that area is I don't have a lot of extra cards that are not Dodgers, especially since that giveaway back in the spring. 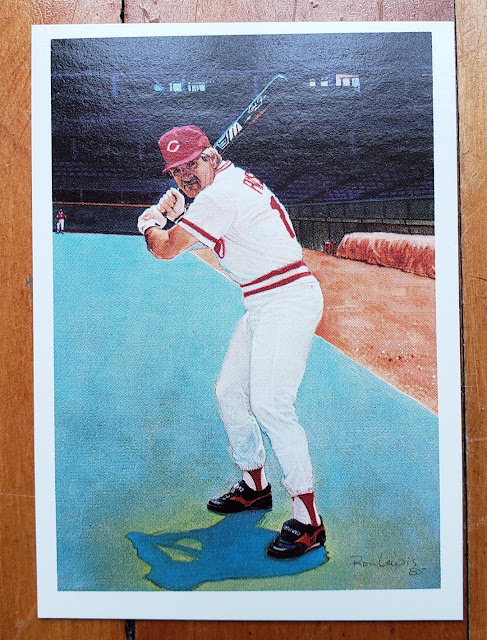 A card from the large 1985 Renata Galasso Pete Rose set. I was not aware of this set when it was released and the cards are very unfamiliar to me. 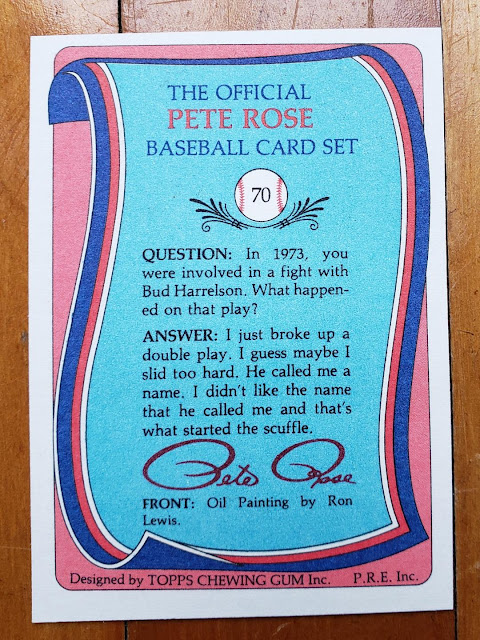 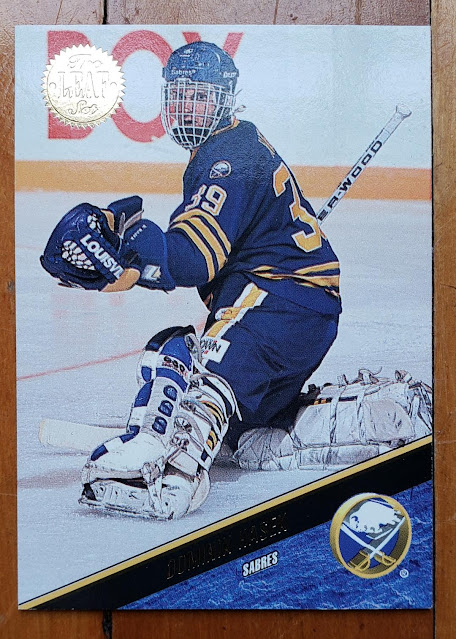 A simple '90s Leaf card of Dominik Hasek that I somehow didn't have yet.
And that's it.
Nothing there that's probably worth sharing or retweeting or liking or all those other social media acts of approval. But these deals warm my heart in a way that more calculated transactions do not.

Johnnys Trading Spot said…
blog trades are the best. blind trades for most folks is usually a great thing, it only gets tough for team collectors like you and I. Still fun though, and so so much easier.
December 1, 2022 at 8:18 PM

Nick Vossbrink said…
Blog trades are fun. I'd love to get back to doing them but I'm being too efficient in my card acquisition thanks to there being nothing to RIP locally for the pas 2 years.
December 2, 2022 at 12:46 AM

Bo said…
When I was picking cards from Tom's list, I made a list of well over nine and narrowed it down. The Williams was the last one I took off, mostly because he's a Red Sox. Great background on that card.
December 2, 2022 at 10:47 AM

Old Cards said…
Great story on the back of the Rose card. He influenced my playing style at the time. Got into a disagreement with the catcher at a local game over my slide home. Always enjoy seeing Ted Williams cards. Good luck on your trading activity.
December 2, 2022 at 11:23 AM

Nachos Grande said…
TCDB has been a trading savior for me as most direct blog trading has dried up as compared to several years ago. Also, it's so much easier to search want lists on TCDB and compare to your own trade bait than it is via random blog want lists (which everyone lists slightly differently).
December 2, 2022 at 8:37 PM

Matt said…
I would love to do more blogger trades, problem is most don't have football and that's what i mainly collect other than non sports. Not many of those exist either. I do and have had a stack of dodgers i need to send you at some point.

GCA said…
We could post our trade on the Database if you want the feedback. Doesn't matter to me. I don't trade much on there because I only have a few sets in my collection and nothing of my extras catalogued. That would take me weeks.

I was just pulling stuff for a Reds collector on there and found a way to add what I have to my for sale / trade list.
I had another guy refuse a trade earlier that was way in his favor just because he would have had to enter them himself. (What does he do if he buys cards himself?) I still have a 5" stack of baseball Cardinals on my desk.

I like any trades where the other person has thorough lists and I can hit mass quantities. I have tons of stuff to move and don't care about matching values or volume. I'm not so big on blind trades because there might be a lot of stuff neither one of us actually needs. I swap in a monthly bulk team forum, but only get about 5% useful stuff, though I move big chunks out.

Nick said…
I feel like I'm still a long, long ways away from being ready to even consider trading on TCDB. Uploading my own collection has been a slow process - and I can't even imagine how much longer it'd take to log all my extras on there. Don't make as many blog trades these days, but the few I still do make are enough for me.

(It's so nice that you can remember your dad through Teddy Ballgame cards - more evidence as to how powerful these pieces of cardboard can be.)
December 3, 2022 at 8:26 PM

Benjamin said…
It took me a minute to come around to TCDB, but once I got the hang of it, I found it to be a godsend. Way faster to get the cards you want and to offload cards you don't want. Yes, it can be a little annoying to find an exact parallel or insert. Yes, the initial entry of all the cards takes a little while, but what else are you doing during a football game? But once it's done, you can easily get rid of those inserts and dupes in place of other things you need, in one shot. I've done 400 trades on that beast and have completed many Topps sets because of it. Well worth your time, Mr. Owl.
December 5, 2022 at 7:46 AM