November 26, 2022
I've got a couple Target gift cards to spend, which means finding a modern card product that will be a satisfactory rip without annoying me too much.
Scrolling through the available options, obviously I discounted the many Panini products available -- there was annoyance just looking at those boxes on the screen. I also scrapped any Topps flagship and that includes Update, just nothing there that's exciting. The possibility of trade bait is pretty low, too.
I narrowed it down to two choices very quickly: 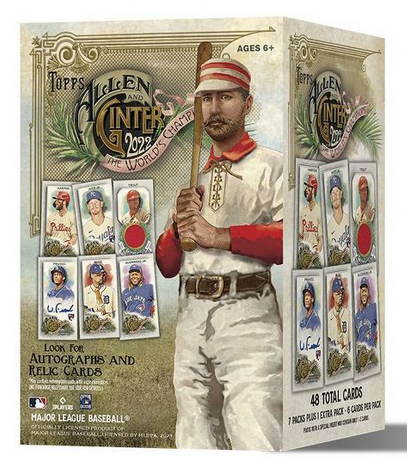 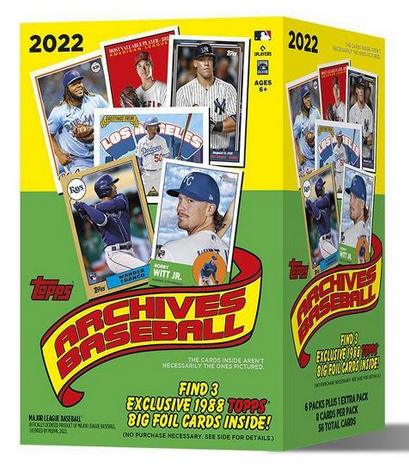 Allen & Ginter and Archives.
Now, I have enough for two blasters. So I could select one of each. It's my first time opening either of them, so I'd find enjoyment in both. But maybe I should buy two of one and scrap the other. I can find good reasons for doing that, too.
So I'm asking you to help me decide. Get one of each? Get two A&G boxes? Get two Archives boxes?
Here are the plusses and minuses of each product according to my box-opening emotions:
ALLEN & GINTER
Plusses:
-- It's a tradition for me to open at least a blaster of A&G every year. I've done that since 2008 (with a year off in 2020).
-- I still like the product, it's always an interesting rip.
-- The minis -- still trying to finish off that frankenset.
-- The inserts, especially the mini inserts, are the best part of A&G now.
-- I really want some of those base cards with the '70s players on them.
-- The possibility of an autograph or relic is pretty good.
-- I don't own any of the Dodgers so the box would be an instant success as long as I pull at least one Dodger.
Minuses:
-- The non-baseball player subject matter has really taken a nose-dive the last five years.
-- I haven't been very enthused about the A&G designs the last few years. Nothing measures up to 2008.
-- As much as I defend A&G to haters, I admit the player poses get very repetitive. I swear they've used the same Walker Buehler pose for every set since he came into the league.
-- I'd be pretty frustrated if I didn't pull any '70s players or good inserts.
-- There are at least a couple reused images in this set from 2021 (Andre Dawson, Carl Yastrzemski) and pulling them would set me off.
ARCHIVES
Plusses:
-- Seeing those familiar designs is still kinda fun.
-- I like some of the retired players in the set and sometimes when I ignore Archives I regret it a year or two later when I see an Archives card of Lou Brock or someone and am sad it's not in my collection.
-- It's easier to pull an autograph out of this product than almost any other (I know I've done it a couple of times), and the Fan Favorites subjects are usually cool. Ones I'd love to pull include George Foster, Ray Knight, Ron Darling, Pedro Guerrero, Jimmy Key and Manny Trillo, aside from the obvious big-star ones.
Minuses:
-- The bleeping 1987 design. Every third card would be irksome.
-- I have all but one of the Dodgers cards in the base set already.
-- The parallels in this set don't do it for me, something weird about colored border on a '63 or '78 card.
-- I'd be stuck with cards of Washington Nationals and other similar teams with zero use for them.
So, there you go. While you decide, I'll display some recent single-card pick-ups: 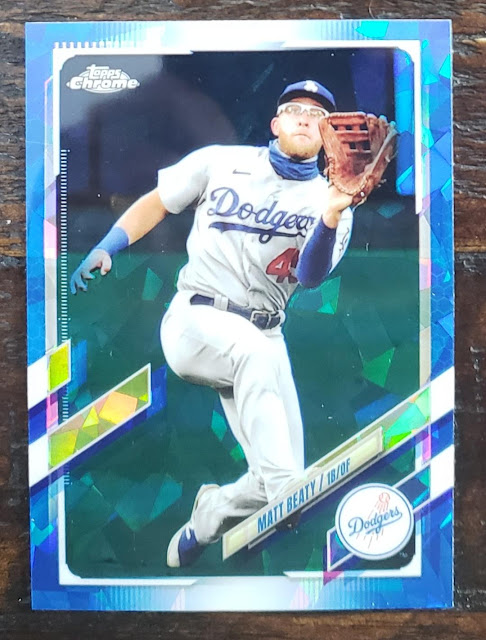 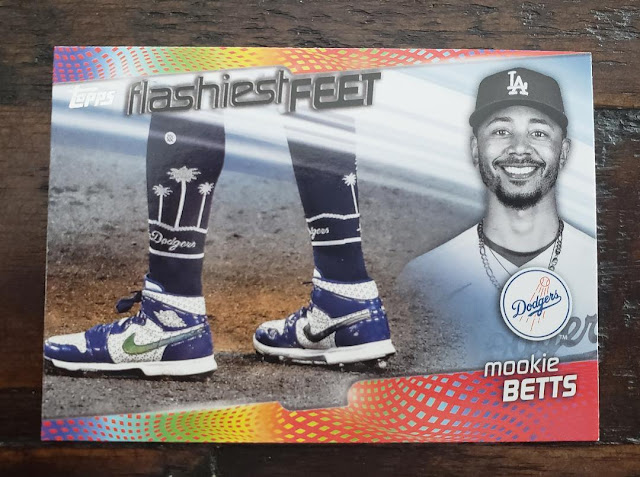 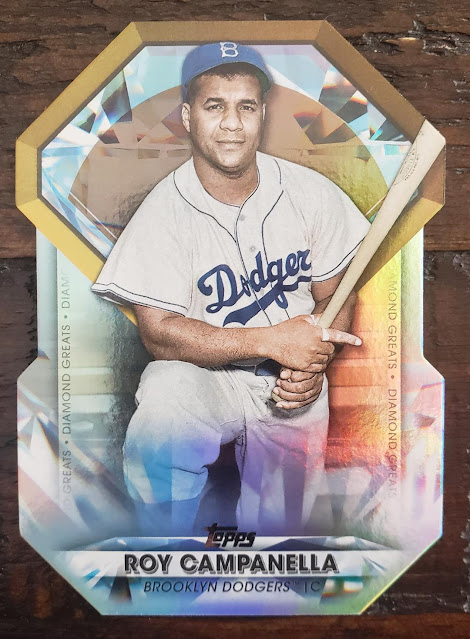 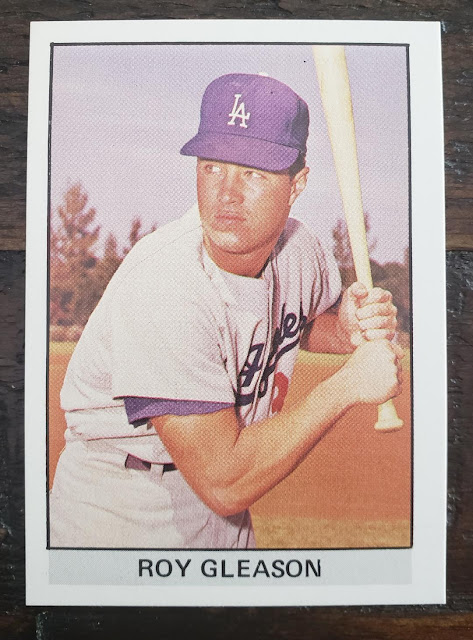 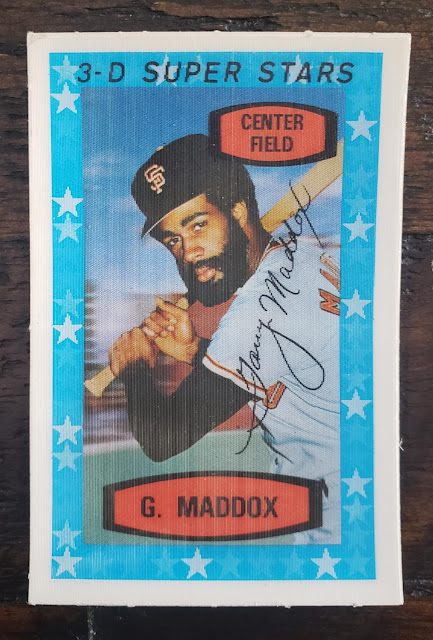 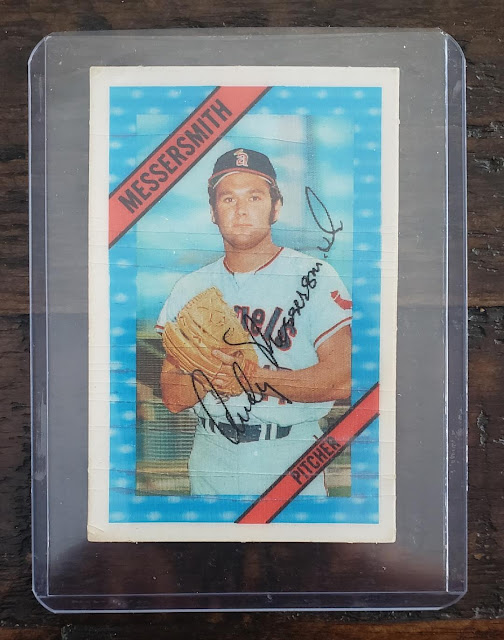 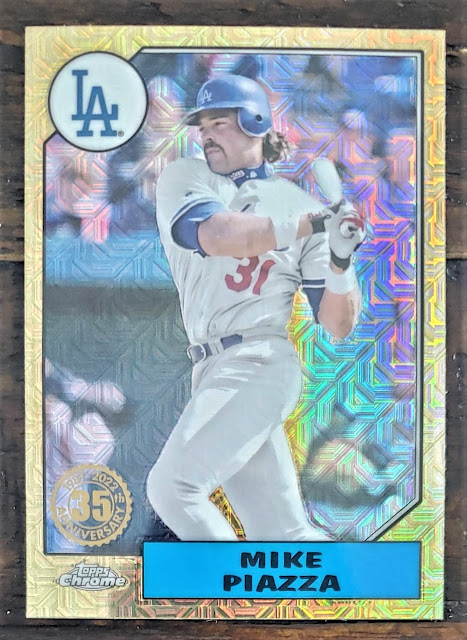 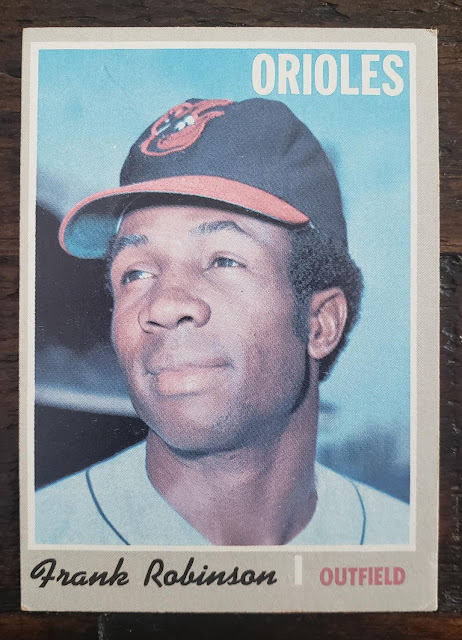 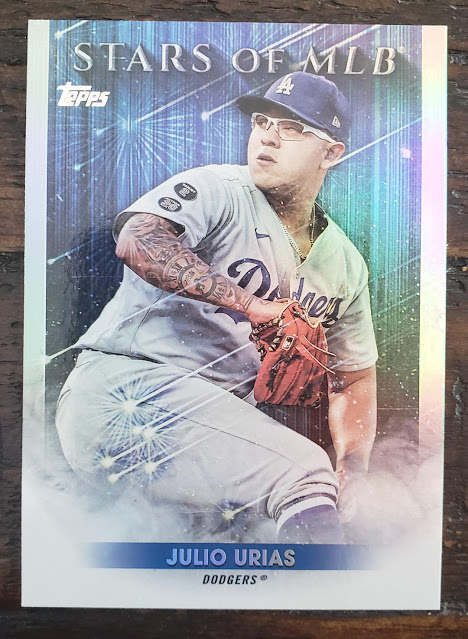 All of those have come from different avenues. The highlights are the 1970 Topps Frank Robinson (obviously), the 1975 Kellogg's Garry Maddox, the One-Year-Wonder Roy Gleason card (I've wanted that for a long time), and the Mookie Betts Flashiest Feet, which has been swiped out of my cart at least twice over the last several months.
All right, that's all I've got. Let me know what I should do in the comments.
I know, I know, "buy what you want!" I just thought it would be fun this way.
Even though I'm going to buy what I want anyway. 😏

carlsonjok said…
I'm not exactly answering your question, but I'd use the gift cards to buy groceries and then use the equivalent amount of cash on a Sportlots purchase.
November 26, 2022 at 6:58 PM

Old Cards said…
I vote two Archives boxes. I like the familiar designs.

POISON75 said…
Mr owl:
If I had to choose between the two I would agree not to use the gift cards but to say an old saying that was famous in the Flatbush Era "Wait 'Til Next Year" that's my vote
November 26, 2022 at 7:40 PM

Grant said…
2X A&G gets my vote. I'm tired of the redundantness of Archives. I also think the inserts are better. That said, you'll probably pick the set with more Dodgers anyways.
November 26, 2022 at 7:46 PM

Jeremya1um said…
That Matt Beatty refractor is the reason why you should forget Archives and Allen & Ginter and get Chrome if it’s available. If you must make it between Ginter and Archives, I would go with Archives. You won’t end up with 1/10th of the cards being some no-name comedians or weird non-baseball inserts, you have a better chance at any insert/relic/autograph being of a baseball subject (best case scenario for you,a Dodger player), you still have a chance at inserts/SPs/parallels of Dodgers in Archives, while the 87 design is overdone, you could probably find a team collector or even someone trying to finish the set to dump them on,the non- Dodgers will boost your trade bait, you have a shot at the cool ‘92 debut and ‘05 draft pick inserts, so I would get 2 of the Archives boxes.
November 26, 2022 at 7:46 PM

Chris said…
I'd personally grab two blasters of Archives but I think you would be happier with one of each.
November 26, 2022 at 8:04 PM

dayf said…
the guy who swore he would finish some sets with his COMC money and instead has gotten the most varied assortment of nonsense possible says get one of each
November 26, 2022 at 8:16 PM

RunForeKelloggs said…
I have neither and I know little about them. Your post didn't sway me either way, so I say one of each.
November 26, 2022 at 9:27 PM

Brett Alan said…
For myself, I'd certainly prefer Archives. I like the variety of designs, and what would set ME off is if I pulled one of the Peloton instructors (there are a bunch!) from A&G. But I do think A&G is a tradition for you and you like the odd inserts and such more than I do, so my vote is one of each.
November 26, 2022 at 10:36 PM

kcjays said…
My vote is for 2 boxes of Allen & Ginter.
I think they several fun insert sets this year. Famous Rivals, Baseball Lexicon, Time Out, What a Steal…
Maybe you’ll get a Green Light card and you can figure out what country uses that light arrangement. 😀
Enjoy the moment!
November 27, 2022 at 12:02 AM

Nick Vossbrink said…
I suspect that Ginter's the most likely to make for a better blog post just because you're liable to get something weird (as opposed to an Archives post which is likely to be a rehashed rant)
November 27, 2022 at 1:00 AM

sandyrusty said…
I like both sets but do like the A&G inserts better. But in your situation, considering you don't have the Dodgers from the A&G set and have all of them from the Archives set, the decision should be easy, 2 x A&G.
November 28, 2022 at 6:22 AM

gregory said…
My immediate answer is to sell the gift cards and use the proceeds to buy vintage cards. But my second answer would be one Archives and one Ginter.
November 28, 2022 at 8:55 AM

Jafronius said…
One of each...you could get duplicates of some Washington Nationals in that second box.
November 29, 2022 at 8:49 PM