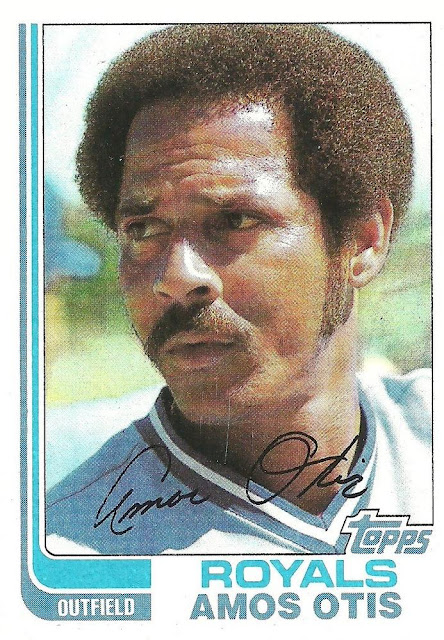 Did you ever hear that often-repeated theory that players who appeared on baseball cards without hats were rumored to be traded or had been traded?
While that was probably true during the first 20 to 30 years of Topps cards, that was no longer an indicator in the wild-and-hairy 1980s.
I didn't realize there were so many cards of players missing caps from 1980-89. I suppose it's logical with more trading card companies than ever and Magnum P.I. on the TV. I just never noticed much, probably because I wasn't a kid any longer and no longer horrified by a card of a haircut.
I had to make some tough decision to get this down to just 12 of the best hat-less cards from the '80s. This was much tougher than the '70s, which was tougher than the '60s. Some of the most iconic cards of the '80s feature players without hats, and even some of those didn't make the list.
So here are 12 of the best, fully realizing that my list is not your list: 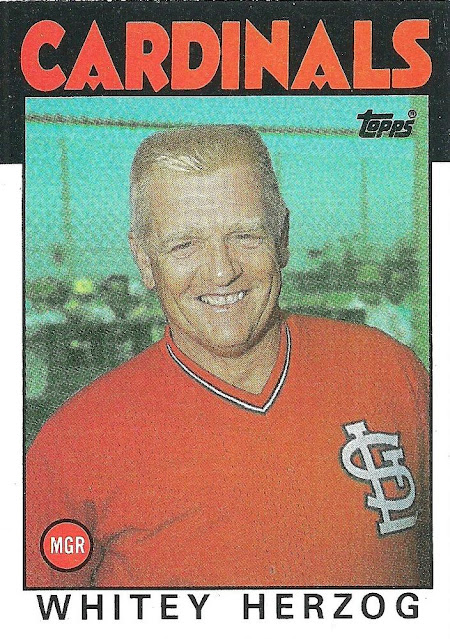 12. Whitey Herzog, 1986
Herzog and I were mortal enemies in the 1980s -- well, we would be if he knew who I was. But I have to hand it to him for fully committing to a '50s hairstyle in the middle of operating the Runnin' Redbirds machine. All that Jheri curl and Herzog's still using butch wax. 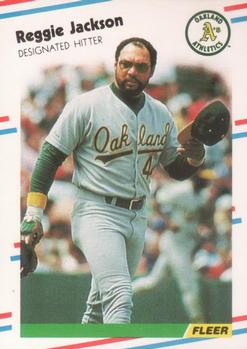 11. Reggie Jackson, 1988
Fleer got it right. Maybe not to the level of Score's subset tribute to Reggie, but the photo captures perfectly the closing of the Hall of Famer's career. His cap is off, his hairline is receding and Jackson grimaces into the sunset. 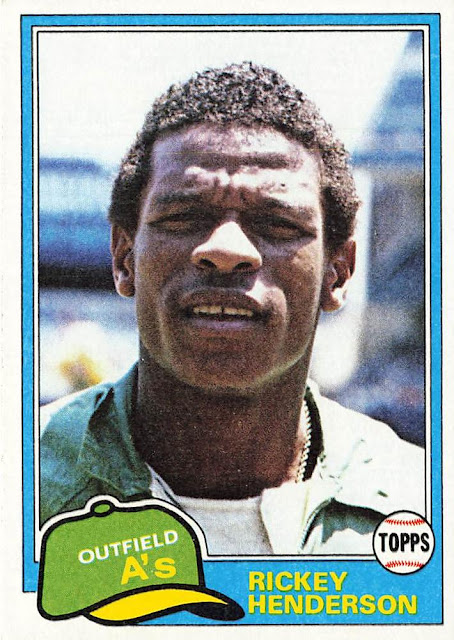 10. Rickey Henderson, 1981
I know that Topps often acknowledged superstars at this time with up-close, portrait-like shots, sometimes with the player's cap removed. But this card always seemed odd to me. Henderson was barely a couple years into the league and as young and thrilling as he was, I was expecting some sort of action shot. I understand Rickey's quizzical stare as he squints directly into the collector's soul. 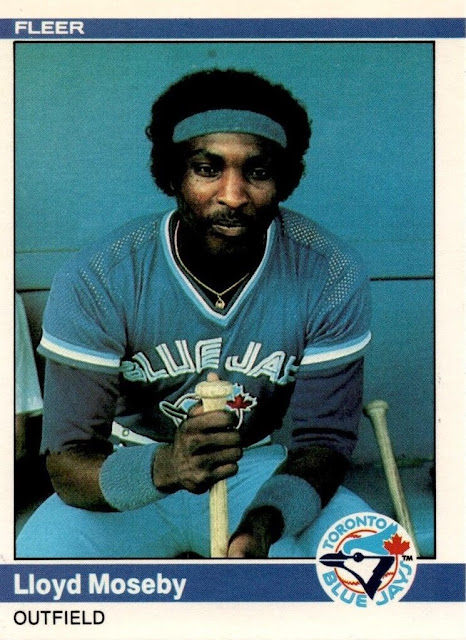 9. Lloyd Moseby, 1984
There is nothing that says late 1970s/early 1980s than a head band around a large hairdo. Think John McEnroe on the tennis court. Those wristbands Moseby is wearing are also very much of that era. And it's all coordinated in several shades of pleasing blue. I really love Blue Jays cards from the '80s. 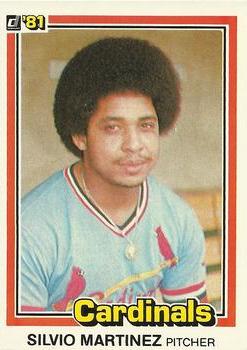 8. Silvio Martinez, 1981
This card makes me wish there were a lot more hat-less cards in the 1970s than there were. Can you imagine a hat-less Oscar Gamble card from the mid-1970s? It would be legendary. I was immediately thrilled with this card when I pulled it out of a pack of 1981 Donruss. Silvio Martinez was a brief sensation at the time and, goodness, I hadn't seen hair that high on my baseball cards before. 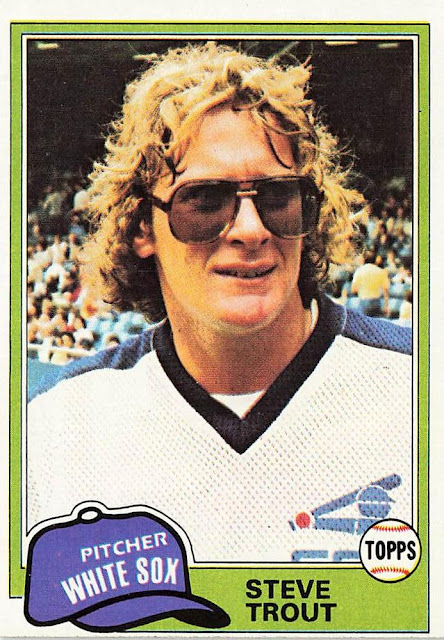 7. Steve Trout, 1981
Once upon a time, Trout was not the greatest baseball player in the land but a goofy left-hander with the nickname "Rainbow," whose father pitched in the majors, too, under the name of "Dizzy." You can see the family resemblance best on this card. 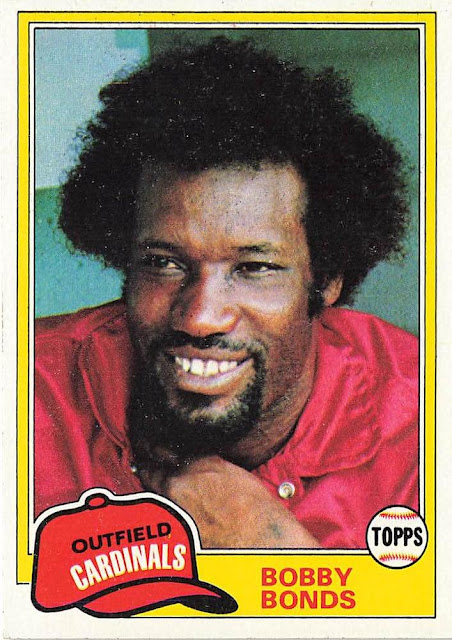 6. Bobby Bonds, 1981
Bobby Bonds was changing teams so often at this time that I couldn't keep up with which team he was on, and there were so many injuries that I was always surprised when he showed up in a set. Here he appears to be bundling himself up against the chill because someone has woken him up in the freezing cold to get his picture taken. He hasn't even had a chance to comb his hair. 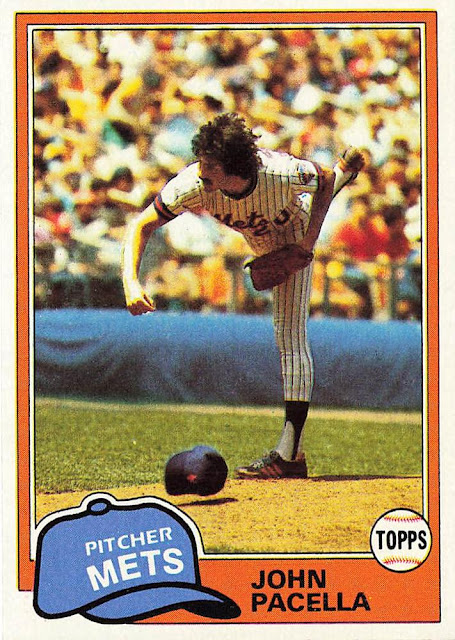 5. John Pacella, 1981
I've written this card to death. So let's mention how 1981 appears to be the Golden Era for hat-less card pictures. This is the third straight Topps card from 1981 that I've shown. It's not the last one. And you just saw a 1981 card from Donruss. Plus there are a bunch of 1981 Fleer cards with players without hats. Seems like it was thing to do. I mean if John Pacella was willing to lose his hat on every pitch ... 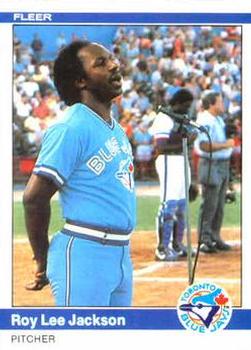 4. Roy Lee Jackson, 1984
Well, I believe Fleer just won 1984. It's managed to feature about 100 people on a single card and none of them are wearing hats (they better not be, Jackson is delivering a heart-felt rendition of the National Anthem). 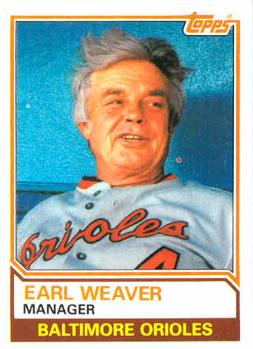 3. Earl Weaver, 1983
The most amusing aspect of this card is I saw Earl Weaver a lot on my television during the 1970s and 1980s. I don't remember one time in which he had his hat off unless he threw it to the ground in the middle of an argument with an umpire. Also I've been dying to know -- for 40 years -- what he thought of this card. 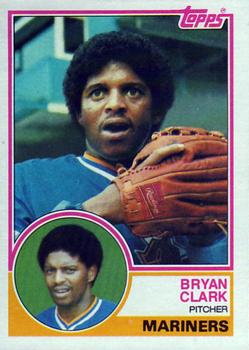 2. Bryan Clark, 1983
For your money, you get TWO photos of Bryan Clark without his hat. Clark himself appears to be either in awe of that or thinks it's a joke. 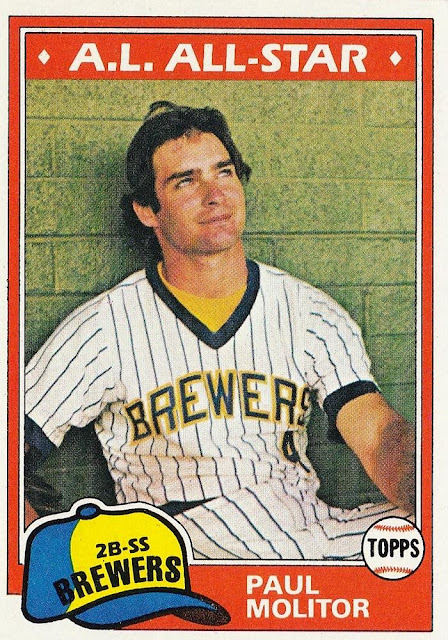 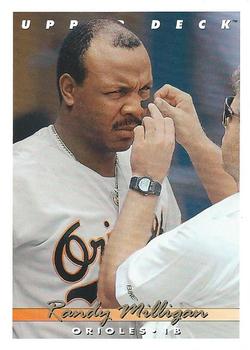 ned said…
Great post,I have always thought the 80's were a great time for cards in general and unique pictures in particular the Pacella card is perfect... in action.. hatless and a floating hat!fantastic!
September 22, 2022 at 3:35 AM

Doc Samson said…
Fantastic post yet again from Mr. Owl. I always love cards that are a little off kilter like these hatless shots. It breaks up the monotony of a large set. Perhaps a post about diving defenders photos from Mr. Owl one of these days?
September 22, 2022 at 8:46 AM

Jeff B - Wax Pack Wonders said…
I wonder which national anthem Roy Lee was singing. Never thought of that before.
September 22, 2022 at 9:27 AM

Fuji said…
I can definitely picture Weaver tossing his hat to the ground while arguing with an ump. As a kid, I was so fascinated with managers getting into it with umpires.
September 22, 2022 at 11:45 PM