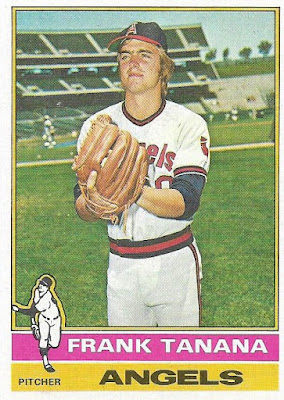 I'm taking a break from the big box of cards from Jonathan to conduct a little thinking exercise inspired by Fuji's post from yesterday.

Fuji, as he often does, asked a question at the end of the post related to the team he was featuring, the Angels. He asked, "When you think of the Angels, who are the first players that come to mind?"

I actually read it as "first player -- no 's' -- to come to mind." And the first player that flashed into my mind was none other than bad-ass-'70s-hurler Frank Tanana.

From the comments on Fuji's post, I was the only one who picked Tanana. I get that. I'm older than a lot of bloggers. But I wear it as a badge of pride. I'd much rather think of Tanana first than someone like Tim Salmon. Tim Salmon? When I think of Tim Salmon my brain goes blank. What else is there? With Tanana you have flaming strikeouts and cool mustaches and epic carousing and Foghat playing in the background when you look at his cards.

But I thought it was interesting the variety of answers, everyone from Rod Carew to Mike Trout. A split second after thinking of Tanana, I thought of Dickie Thon, who probably very few people equate with the Angels, since most of his career was spent with the Astros and Phillies. But that's what baseball cards can do, that 1981 Topps card of Thon just popped up in my head.

So I thought I'd do a little thinking exercise. Who is the first player I think of when I consider each Major League team? Is it a past player from the '70s -- like Tanana -- or is it a current player? Is it a legend or someone semi-obscure? Are my thoughts shaped by baseball cards?

I decided to do this exercise the first thing after waking up. That way I wouldn't be influenced by what I read or anything that was happening.

Below is what I found. I didn't scan cards for every team because I don't have that kind of time, and also some of what I thought of was too disturbing to scan. 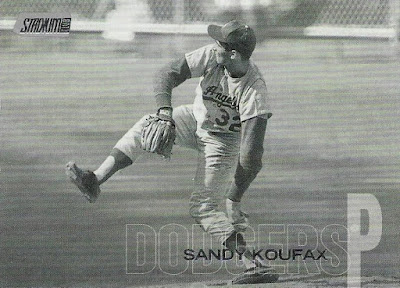 This could change every time I did this exercise. But it's a good place to start.

One of a handful of teams that elicited a current player. I'm blaming this one on It's LIke Having My Own Card Shop. 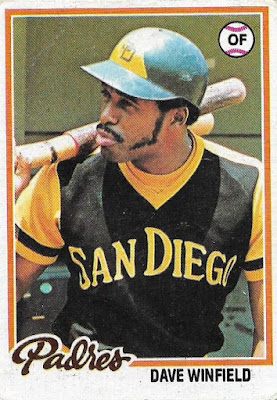 Ninety-five percent of the blogging world would have said "Tony Gwynn," but that's because they didn't grow up with this card. I can't believe I haven't shown this card before. It is a titan of my childhood collecting days.

I almost aborted this entire exercise because I was so angry at myself for thinking of Braun before Gorman Thomas or Cecil Cooper or any number of the late '70s/early '80s Brewers who should teach a class on proper Milwaukee Brewer behavior. 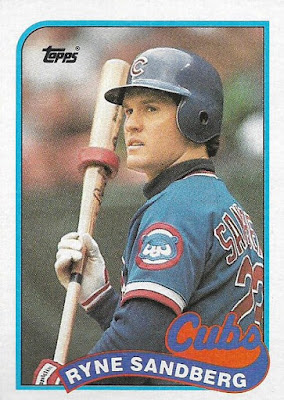 Confession time: I completely forgot about the Cubs. When I thought I had completed the exercise, I counted up all the teams and came up with 29, one short. Then I realized I put the Astros in the NL Central -- because that's where they BELONG -- and there was an NL Central team missing. That team was the Cubs. I panicked slightly and Ryne Sandberg burst forth from my brain. 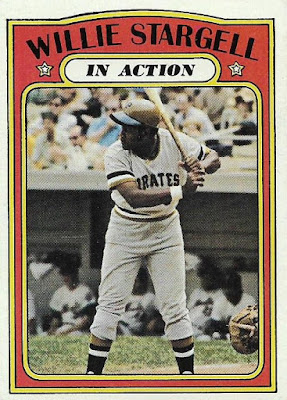 Stargell is such a part of the Pirates that he should be in the team logo somewhere. 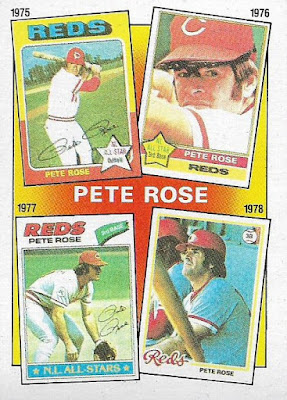 Growing up in the '70s, Rose not only dwarfed his other very talented teammates, he dwarfed just about everyone in sports. 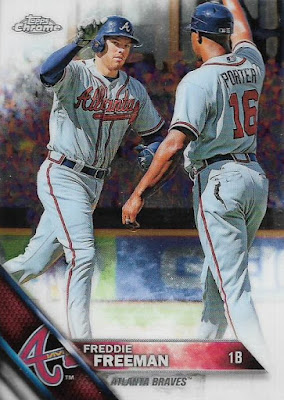 A complete shocker. No Aaron. No Murphy. No Glavine. No Smoltz. Not even a '70s favorite like Horner or Garr. I even wrote down "Ryan Freeman" -- I don't even know who that is -- because that's how half asleep I was.

No matter who I thought of first, it would always be a former Marlin. 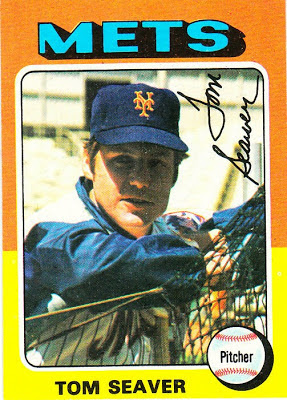 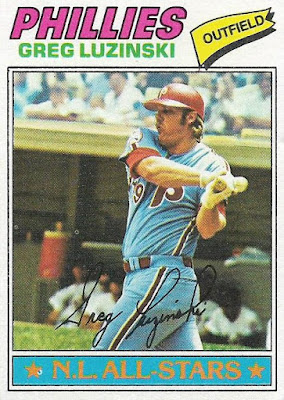 Considering how much the Phillies meant to my collecting world as a child, it's surprising I didn't pick Mike Schmidt. Or even Garry Maddox or Larry Bowa. But this card practically dominated all of sixth grade. I can't tell you one thing I learned in sixth grade. But I can tell you this card was in my classroom desk. 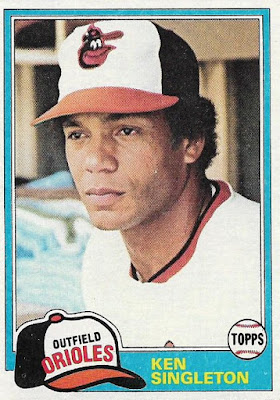 Another childhood influence as this was my brother's favorite player. This isn't the first Ken Singleton card I think of -- that would be his 1978 Topps card. But this one is also sealed into my brain. Almost a perfect card of the man. 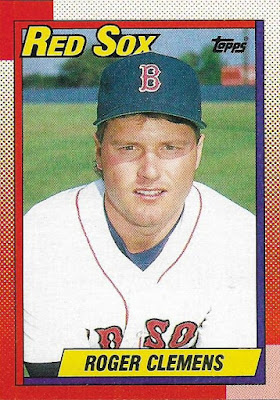 I blame this on it being "Hall of Fame Month". I've never been terribly impressed with Clemens' cards. 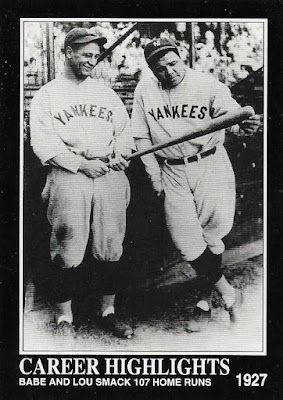 Thank goodness. This could have been so, so, so, so much worse. 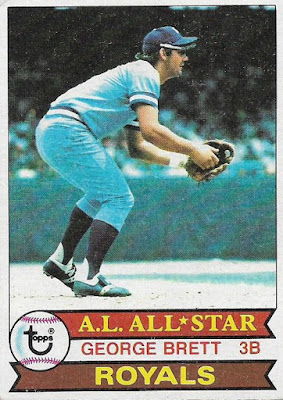 The opposite of Clemens. Brett generates fantastic cards like he has his own George Brett Card Factory. 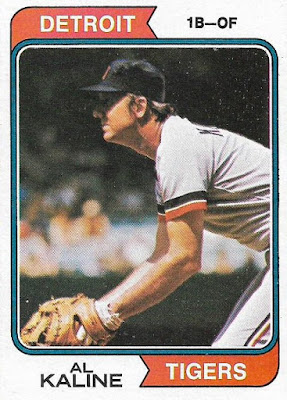 An old-school choice considering his career was over before I ever saw a baseball game. But I like when the first player I think of is someone like this. It means I respect my elders.

Yup, not Reggie Jackson. I was surprised, too. 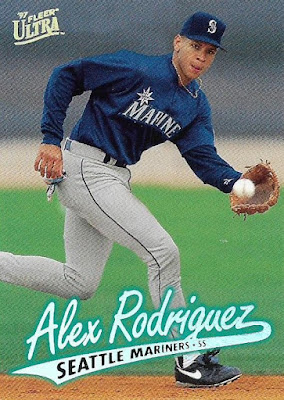 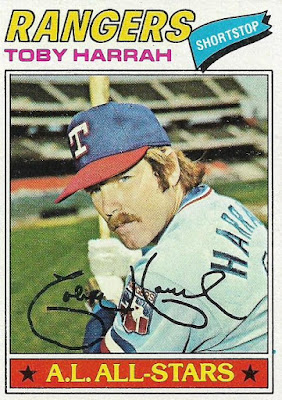 This card blocked out all other thoughts. Just about every other Toby Harrah card disappoints me because it doesn't look like this one. 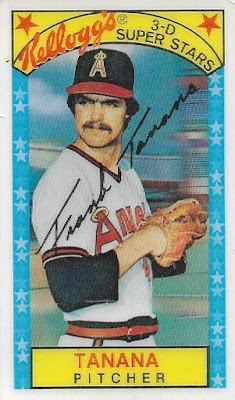 
So, that's what my brain thought up. I didn't think of anyone obscure, which is a little disappointing, but I'm pretty happy with my brain overall. I'd like to do this exercise again in five years and see how much it is changed. Then again, I could this next month and it likely would be completely different. 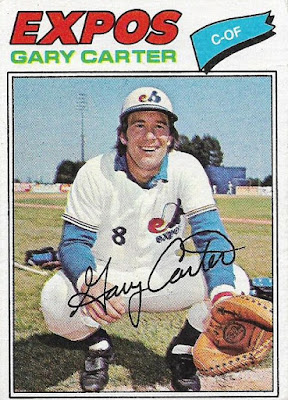 Laurens said…
As an Angels fan who grew up in Salmon era in the early 1990s, I only knew of Tanana as a ln old, born again, soft tossing lefty with the Tigers.

It wasn’t until later did I learn that he was a hard throwing stud who teamed up with Nolan Ryan to give the Angels a pair of ace pitchers through the mid 1970s.
January 15, 2019 at 7:50 PM

Nick Vossbrink said…
Interesting you didn't use the 1991 Clemens. And yeah I first thought of Jimmie Reese for the Angels.
January 15, 2019 at 8:19 PM

G J Brewer said…
Thanks for the Gary Carter mention. Favorite player but I associate him with the Mets. Tigers...Alan Trammell. This was a fun post.
January 15, 2019 at 11:16 PM

Fuji said…
Great post. I tried doing it as I was reading your post... but your responses were impacting my own. I need to do this on my own after a few days when I haven't thought about it. But I'm definitely going to do it.

I'll make it so it feels (on this blogosphere) like Torrens is the only notable player the Padres have ever had.
January 16, 2019 at 4:06 AM

Fuji is right, I'll have to wait until my brain clears from reading yours. And I might have to split it into "any player" and "any player I collect" that I think of immediately.

I know for sure that cards are the major influence for this. The real game is almost always secondary if I'm being honest.
January 16, 2019 at 8:56 AM

Big Tone said…
I haven't posted anything on my site for ages it seems.You might have inspired me to write something up real quick. I also think you might be on to something as far as baseball cards influencing our picks.
January 16, 2019 at 10:56 AM

Defenders50 said…
Ooh, this was a fun exercise. I think Angels and I think Darin Erstad, which is certainly an odd name, but probably owes to the amount of 1998 ABPA I played as the Angels.
January 16, 2019 at 12:33 PM

AdamE said…
Somehow I don't think I have ever seen that Dave Winfield card. That is surprising since it is such a great looking card.

"I've never been terribly impressed with Clemens' cards" You are right Clemens cards have always been underwhelming. His best is his 91 Topps where he is standing next to the Green Monster.
January 16, 2019 at 12:49 PM

Raiderjoe_FO said…
I thought of the same players for the Marlins, Nationals, and Rays.

I also thought of Winfield but as a Twins player. Similarly, Rocket Man was my Yankees player.

Otherwise, I was completely different.

Peter K Steinberg said…
Solid choices for sure. I know if I did this I'd lean heavily on 70s and 80s players, though I'd feel compelled to list some older or newer players too. I'd probably leave out the Marlins altogether, though.
January 16, 2019 at 7:42 PM

Henry Blanchette said…
A lot of these choices were unexpected, and I like that a lot. The Winfield card is awesome as is the Greg Luzinski.

This would be an awesome post to turn into a Blog Bat Around. I'd love to see the variety in which players the other bloggers choose.
January 18, 2019 at 3:47 PM

John Sharp said…
Great idea...I saw this on The Collector and then read where he got it from this post.
I'm already into my post...and oh, my... TOBY HARRAH...also my pick for the Rangers!