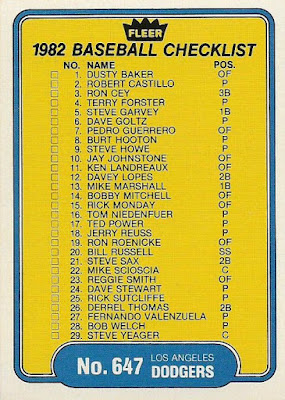 I'm fairly certain I have written about checklists more than any other blogger. I'm at least in the top five (quick, someone rank the checklist bloggers and then check them off!).

I write about them more often because I come from the heyday of card checklists. The checklist has been a disposable afterthought for decades so nobody else ever thinks of them anymore.

But I think of them because cards like the one above were front and center in my collection as a kid. You couldn't help but notice all the tiny boxes and shrunken names. And, I think of them so much that a checklist has made my Nebulous 9 list at least twice.

The second time was recently with the 1982 Fleer Dodgers checklist (the Yankees are on the reverse but we're not showing that for obvious reasons).

I'm happy to say that the checklist has been removed from the Nebulous 9 because Nick from Vermont sent it to me.

Now, here is the reason why I needed that checklist: 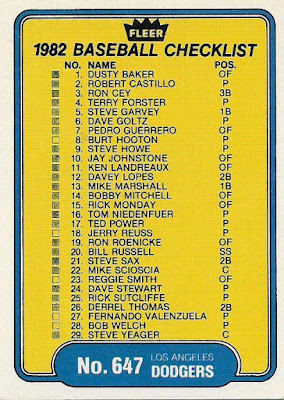 If you're one of those bloggers from when I first started blogging, you're looking at this card and calling it beautiful. It has character. It tells a story blah, blah, blah. Fortunately, most of those bloggers have moved on from blogging and will never see this.

I am not opposed to checked checklists. I've mentioned before that I enjoy them in certain situations. This card, for example, is a hoot: 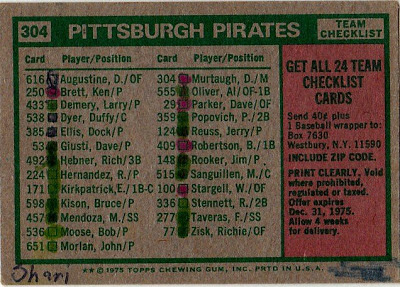 But that card is both personalized and all checked on the back. Shari knows what's up.

I just don't have a use for a front-checked checklist, unless it's something super old.

For years, I kept that 1982 Fleer checked checklist and tried to shrug it off because it was "just" a double-sided checklist. But the older I get, the more I know what I want, and I want a clean checklist on the front!

Pen marks, in general, are so permanent. I don't like writing or scribbles on my card fronts (now you know why I'm not much of an autograph collector).

So I now have a clean checklist as if it's fresh out of the pack and it makes me happy. Don't worry, I'm not going to get it graded, I'll never go that far.

Nick, who hails from that same area where I discovered that mall card show last month, scouted out my want lists and found some other cards, too.

These cards say I'm a winner. Of course I am. Someone just sent me cards! 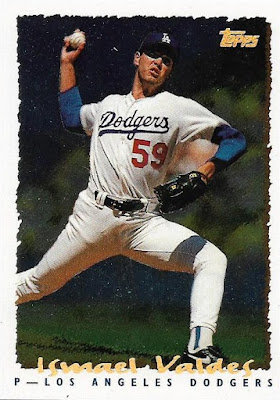 One of the final Cyberstats Dodgers that I needed. The last remaining want will be going on the Nebulous 9 soon. 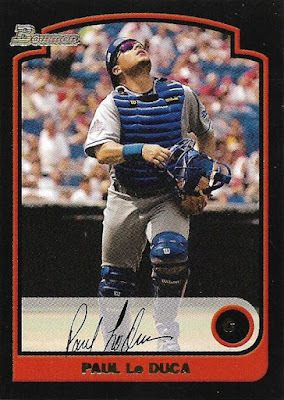 Someone needs to do a study of what position has the greatest number of cards of players looking up. ... What are you looking at me for? I have no time for that! 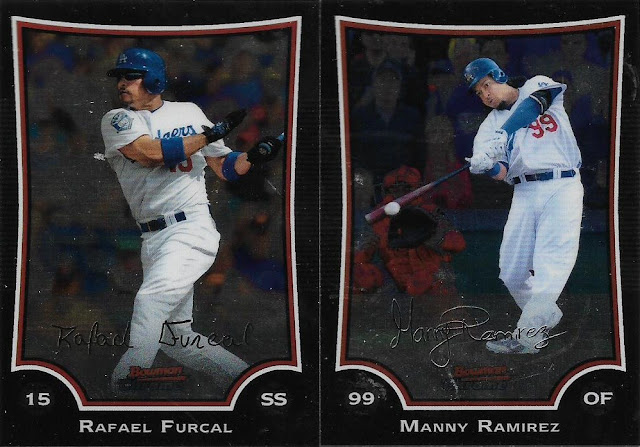 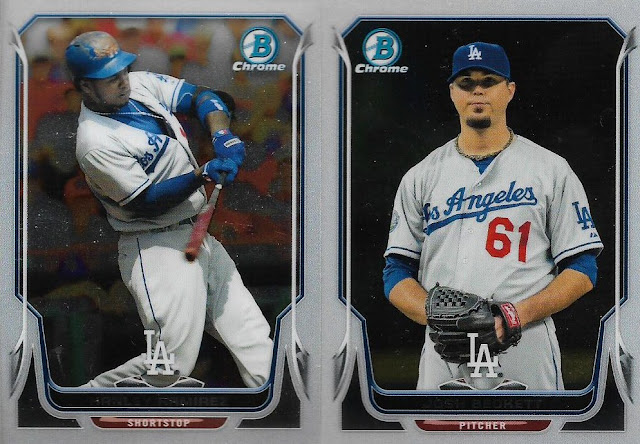 And if you think these scan poorly ... 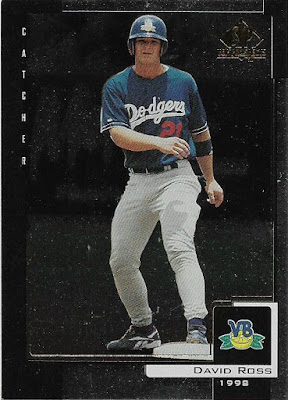 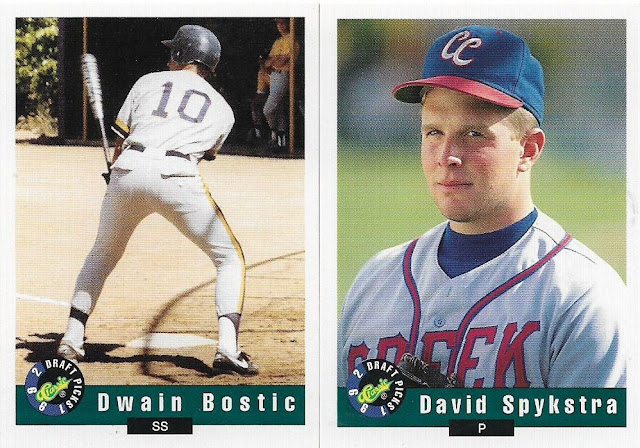 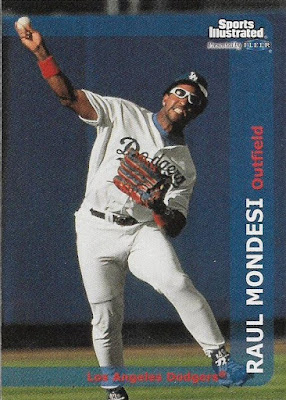 This card answers the question of what would happen if Devo was a muscle-bound black man with a Dodger uniform and a rocket arm. 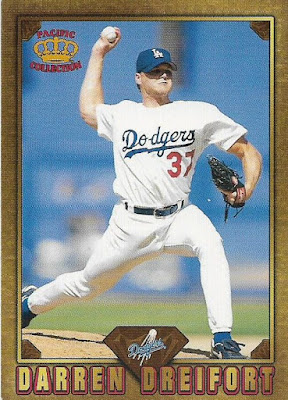 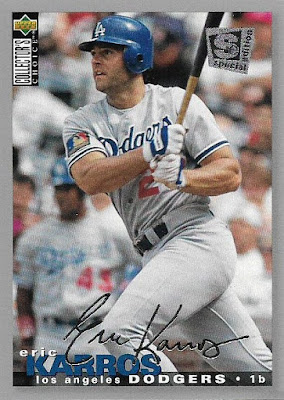 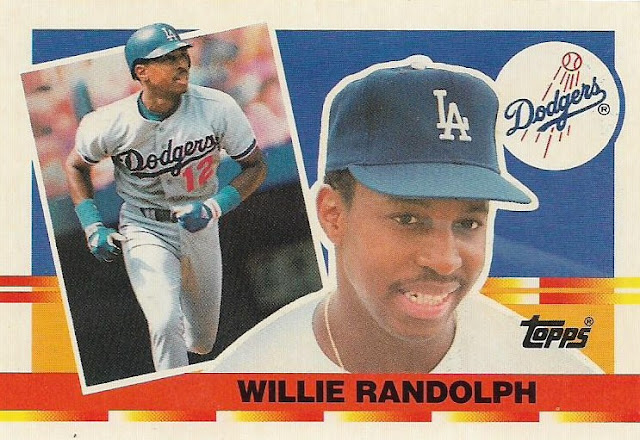 But I'll end it BIG with a Topps Big card!

This card came in a top loader with a $3 price tag. I really hope Nick didn't spend $3 on it.

I suppose you're wondering what I'll do with the '82 Fleer checked checklist now.

I don't know. I'll probably throw it in a dupes box. Hope I'm not horrifying anyone with that.

I might even throw it away. Don't burn my house down.

steelehere said…
Don't forget to check those last five Dodgers on the checklist as I'm assuming you completed the team set a while ago.
June 28, 2016 at 9:49 PM

GCA said…
That reminded me of the couple oddball set checklists I had back in the late '70s before I started set building in earnest. I wrote "All Years" on them and then checked off the box if I had a card of that guy from any set. Works out pretty well since most guys appear in at least two or three sets in a row.

It's sort of like a frankenset concept. Which inspires me to see what it would look like to take a vintage set (say 1975 Topps as a random choice) and see if you could build the entire checklist from non-'75 cards, in order.

This would make a nice original post for my blog. Stay tuned! Thecollectivemind.blogspot.com
June 29, 2016 at 8:44 AM