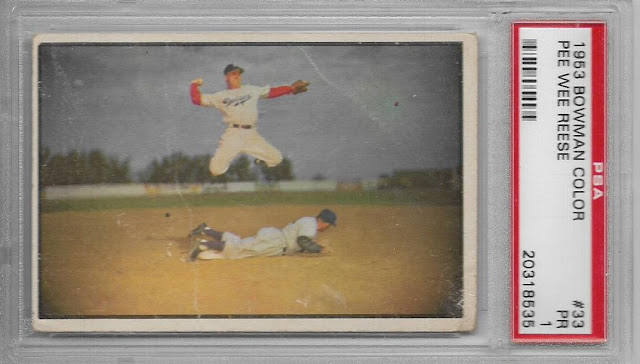 This is the only "sealed" card in my collection.

By "sealed," I mean an encased card that is not removed easily. I own a handful of cards that are housed in screwdowns of various kinds, but all I need to release them is a screwdriver. With a graded card, it takes more effort, more force.

So this is my only graded card that is still encased. I don't really believe in graded cards, but I keep this one secure because it's the most beautiful Dodger card ever made, and also because I think it's comical that a card so magnificent received a "poor" grade from PSA. Foolishness like that must be preserved.

Any other sealed card that I receive gets extracted, released, freed.

I recently received a handful of cards from madding of Cards On Cards, two of which I would describe as "sealed." 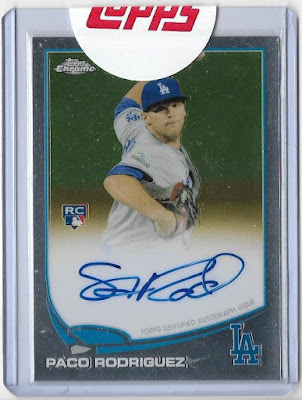 I don't know how this was obtained. But I'm sure it wasn't pulled from a pack like this. Some sort of exclusive or redemption from Topps, I'm guessing.

The departed, injured and sorely missed Paco Rodriguez apparently signed his given name for this card, which is "Steven Rodriguez." Kind of cool, kind of disappointing. But one thing's certain: I will be breaking that Topps seal. 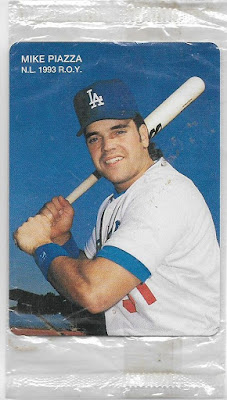 This Mother's Cookies Mike Piazza card is sealed in a wrapper. I need this card and cookie-stain remnants kind of gross me out, so I definitely will be unsealing this item. 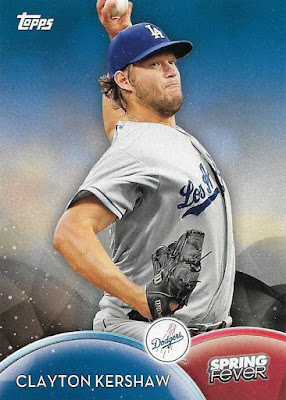 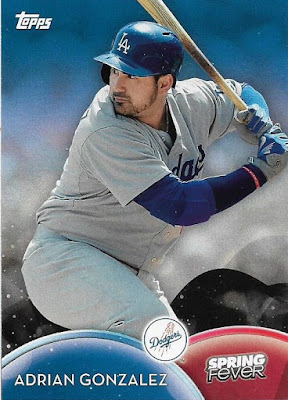 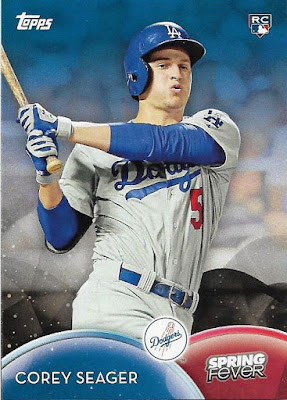 I do not know how the Spring Fever cards are packaged when one receives them from "their local hobby shop," if something such as a "local hobby shop" actually exists. Are they sealed in a pack of some sort?

I've adored the Spring Fever cards in the past with its palm trees and summer colors. Like many others have noted, this year's SF cards offer none of that. Instead, on these cards it appears as if it's snowing in the mountains, which is cool if you're spending spring break in Aspen. But baseball is not skiing and I have no idea what Topps is doing here. 2016 is just a big bafflement. 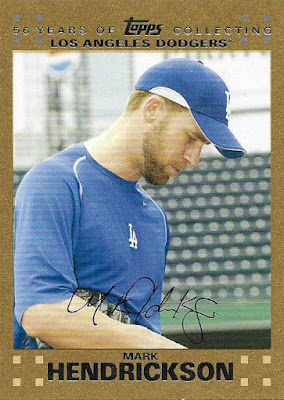 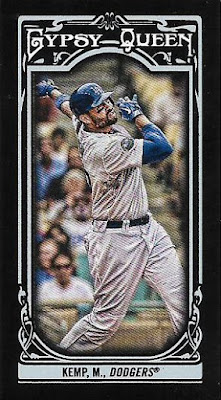 A couple of serial-numbered cards that did not arrive sealed. But you know they were sealed at one point -- sealed within a pack!

And what do people do with sealed packs?

Open them, of course! (Unless you're one of those weirdos who keeps them stashed for years).

Cards are meant to be unsealed.

Don't be scared of what will happen to your cards once they're unsealed. Err on the side of freedom.

Billy Kingsley said…
I'm currently in a test of wills with myself. Normally, when I got a box of cards, I blew through it in minutes. I once did a box of Topps Chrome while my mom was on line at Dunkin' Donuts...now, I spread it out more, to prolong the enjoyment. I have a box of Olympic cards I bought in 2012, that is still sealed. I don't have any cards from the set, either, so there won't be any duplication at the beginning. I am saving it for the Olympics this year. After moving it back and forth for 4 years I will finally open it, planning to do one pack a day every day during the Rio Olympics.
June 10, 2016 at 11:11 PM

RoundtheDiamond87 said…
From the front of that Reese card, I'd say it looks to be in at least [GD 2.0]. If that's a poor condition card, then PSA is going to have to start coming out with some more ratings to grade some of the low grades in my collection. I'm glad there other slab crackers in hobby. I've opened all 4-5 graded cards that have come into my collection ('20s American Caramel, '40s Bowman, and '50s Topps).
June 11, 2016 at 2:04 AM

Fuji said…
A. That Reese is one of the greatest cards ever made.

B. That's what I love about this hobby. Everyone has their own way of collecting. Some people dislike slabbed cards. Other people love them. Me? I'm somewhere in the middle.

C. I know that packs are meant to be opened... but I actually have fun building my two unopened pack collections. One is a collection of non-sports wax packs (mostly from the 80's)... and the other is a collection of Japanese packs. Maybe one day I'll sit down and have a pack busting party on my living room floor.
June 11, 2016 at 9:44 AM

oldschoolbreaks said…
1. That Reese is amazing but everyone already knows that!