There's only time to open one pack Not sure how much I'll be posting here in the next few days. Posting is already sporadic and it's about to get super-radic, if you know what I mean. If you do see regular posting know that I'm exerting myself far beyond what I usually do to get something on here.

The only thing there's time for today is opening a pack. No thought, just cards. I had planned to save this for A Pack To Be Named Later, but desperate times, man. Besides, Series 1 and Series 3 of '94 Stadium Club have already been opened there. I don't want to be too repetitive.

This is one of the dollar packs acquired at the card show in Vermont.

1994 Stadium Club is a weird bird. Much like everything in '94, Stadium Club was trying to get younger. Trendy. What the kids like. So it overhauled its three-year look, added some edgy graphics, slapped "extreme" and "premium" on everything, and hoped that kids would buy baseball cards -- in the middle of a baseball strike.

So that's the story of the wrapper you see above. Kind of a whole "Blackhole Sun/Saved By The Bell Grows Up And My God It's Elizabeth Berkley" look there. With sideways writing, of course. Please buy us. 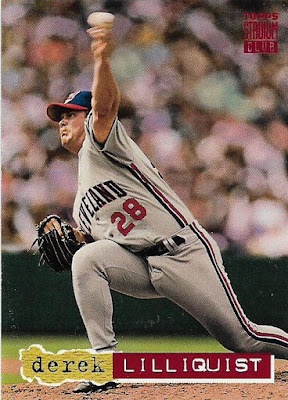 Lilliquist, disturbing squatting, straining image aside, is the perfect common player to cast aside so I can focus on the main element of Stadium Club -- the player name.

The name line, half kidnapper ransom note/half 1970s Dymo label maker, sets off OCD bells in many collectors. It doesn't bother me quite as much, although I wonder how they came up with it. 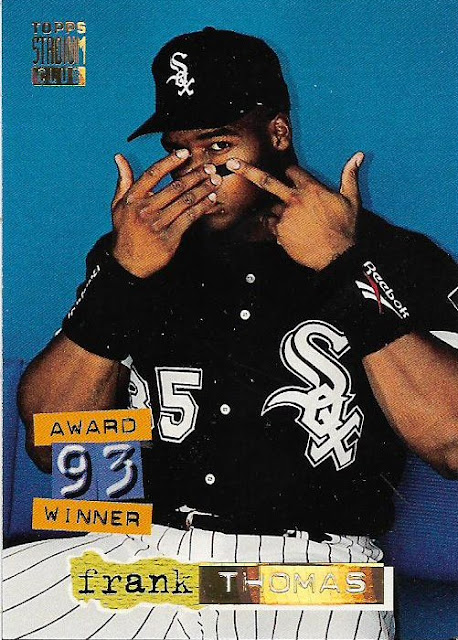 This is easily the card of the pack. 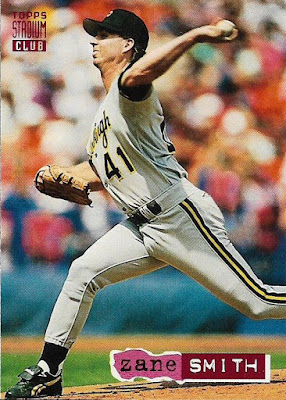 Time to view the back: 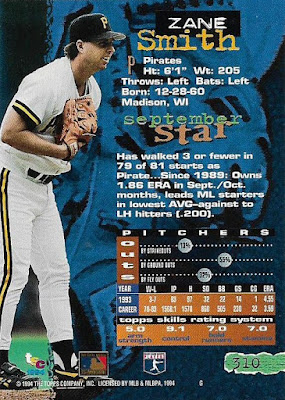 Isn't that the most '90s thing you've ever seen? Semi-randomly placed type. 400 different fonts. Painful Pre-Emotion/Skybox descriptors ("september star"). Anything But A Pie Chart graphics. Neon green on dark blue. The "Topps Skills Ratings System." And a toy blocks-style Stadium Club logo in the corner. This is what people who would go on to make ESPN The Magazine grew up on. 550 elements flashing in your face. But I admit that I like this (the '94 Stadium Club back, not That Magazine). 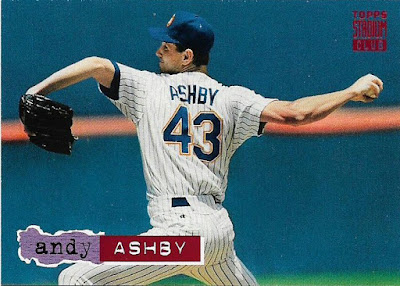 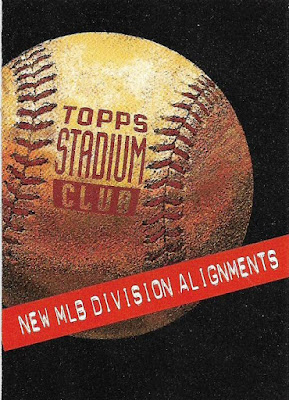 Yeah, I know, it's boring, but hold on a second, I wanna show you something I didn't know. I had no idea that the cards were color-coded by the brand new divisional alignments. So the backdrop for the first names has a purpose -- sort of. 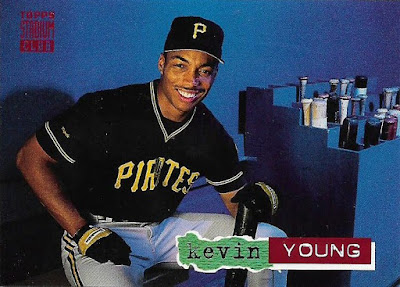 That's better. NL Central teams are supposed to be GREEN. (P.S.: this pack, like any pack from the mid-1990s, gives me terrible fantasy baseball flashbacks). 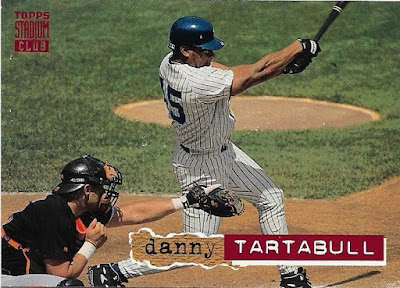 Probably remembered on the internet solely for appearing in Seinfeld twice. 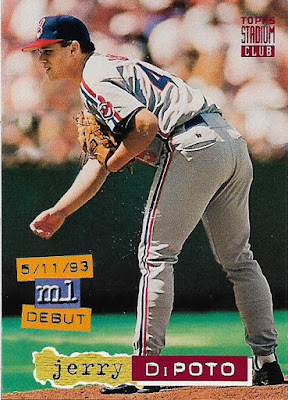 Current Mariners general manager. I remember when he was starting out in Class A ball in Watertown, N.Y. Yup, that's how old I am. 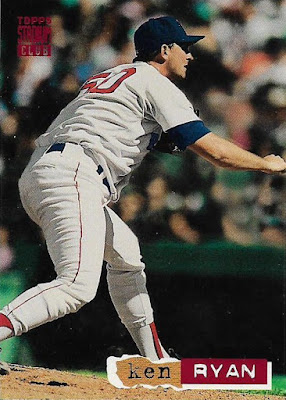 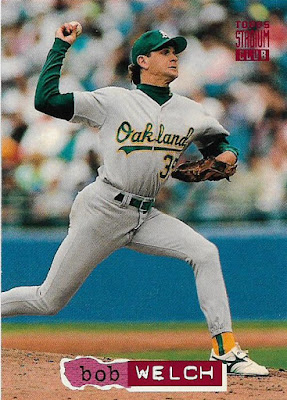 Cards of Welch as an Oakland A make me sad. Welch was never my declared favorite Dodger when he was with L.A., but he was a secret favorite the entire time he played for the Dodgers. 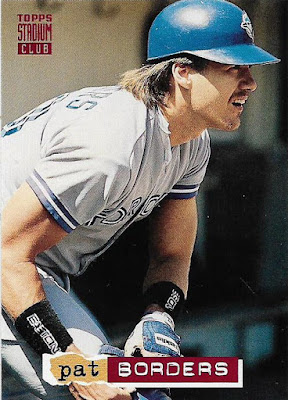 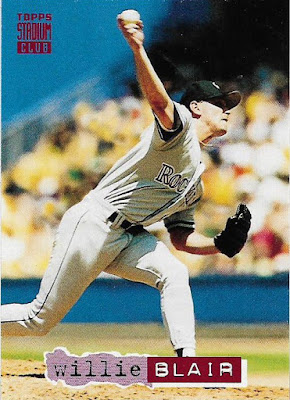 Nothing more boring than pulling a card of a Rockies reliever. This applies to any era. 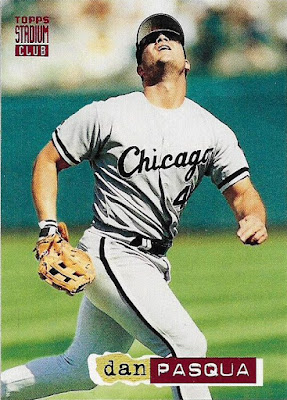 Pretty weak pack except for Thomas and Welch.

Because I didn't show all the backs, here is the two-word descriptor for each card:

Nothing terribly offensive there. I guess everyone had to wait for Skybox to assault the senses.

Hope you enjoyed this "no thought required" pack break post.

shoeboxlegends said…
Absolutely loved this set as a kid. In my defense I was only 11 or 12 when it came out. That pack was a fun trip down memory lane. Hope your schedule clears up soon.
June 14, 2016 at 7:54 PM

capewood said…
I always though that these cards looked like mock-ups used during the design stage. I also did not know that the first names were color coded.
June 15, 2016 at 2:35 PM

Mike Matson said…
Was the 1994 or 1995 Fleer that had the different designs based on the division?