The card blog circle of life 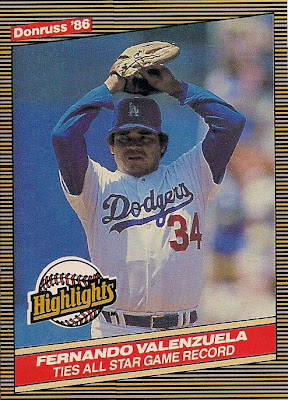 If we want our collections and blogs to grow, there must be a rhythm to what we do.

This is the card blog circle of life. Your blog has a better chance of thriving if those steps are included at least periodically.

Of course, this also means that you will never not have something to do as it relates to cards.

I've been blogging about cards for over five years now. And I think there may have been only three or four instances where either my "incoming" or "outgoing" bins were empty. Cards are always coming and going. Always. Back in the dewy-eyed days of the blog I used to set as a goal either getting all my card packages sent out or all of them blogged about and put away. But I've given up. It's never going to happen. It's an endless cycle.

For instance, I received one of those PWE's from Jeff at 2 by 3 Heroes a couple of weeks ago. I opened it, looked through the cards, noted what I needed and what I didn't and then stuck it in the "incoming" portion of my card desk.

Two weeks later, here comes another PWE from Jeff. Hokey smokes, Bullwinkle! I hadn't even gotten to the other PWE yet!

Considering that Jeff has a PWE club of which I don't think I'm a member (I could be, I don't remember) and that there are about a dozen Dodger card bloggers, I'm surprised that this kind of thing could be possible.

Yet here we are.

So I'm lumping these two distinct envelopes from Jeff together. You won't even be able to tell them apart. 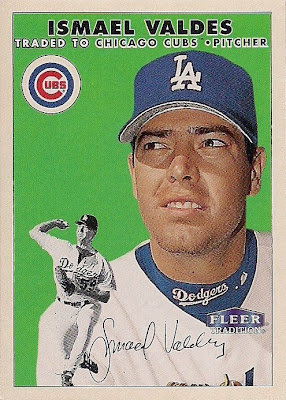 I'll start with a 2000 Fleer Tradition Ismael Valdes, pictured as a Dodger, listed as a Cub.

Ha! Got this one already. It faked me out a couple of years back, but I finally figured out its existence and it's been mine for awhile. But I'm sure there's another Dodger fan out there that didn't know they had to be searching Cubs team lists for Dodgers. Oh the ugly. 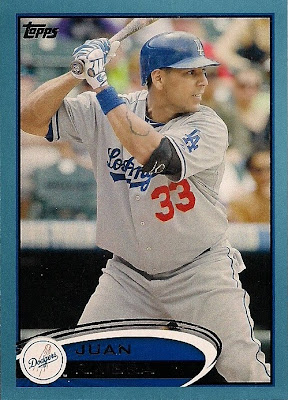 Another Walmart blue off the list. Speaking of being trapped in endless cycles. 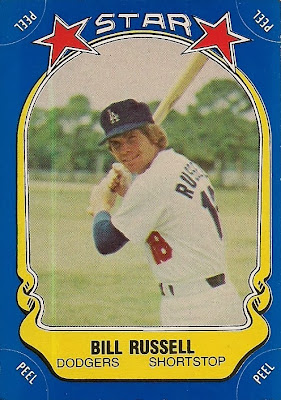 This is a dupe, too. But sticker dupes are tremendous because now I get to stick it somewhere!!!! 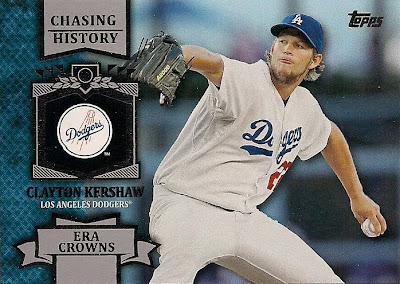 New Clayton Kershaw cards make me so happy. Even ubiquitous ones like this. But it can't be too ubiquitous because it's new to my collection. 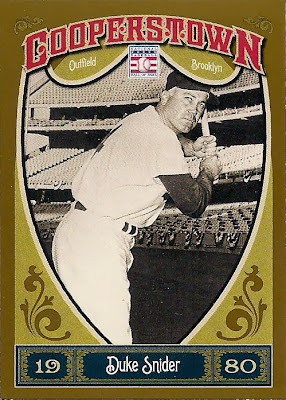 A necessary need, but quite possibly the worst Duke Snider card I've ever seen. Panini Coopertown will never be a favorite until they get rid of that head-bumping design. 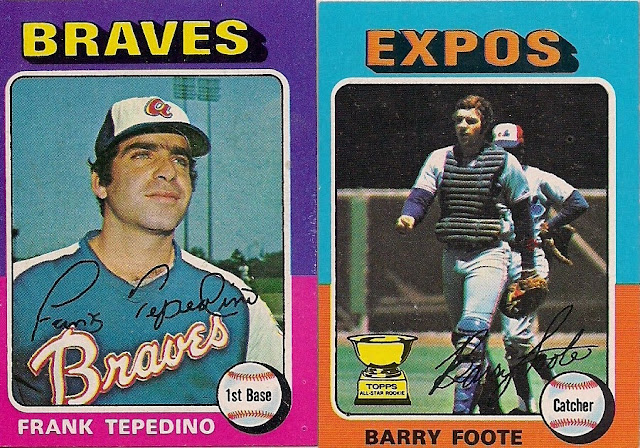 Frank Tepedino became a New York City firefighter who witnessed 9/11 first-hand. Barry Foote's card has been loved by your owl truly since 1975 when I saw it during a tour of the Baseball Hall of Fame.

There really are no greater cards than '75 minis.

And they're another reason why I keep the card blog circle of life going.

Even if it means no end in sight.

Stack22 said…
Poor Barry Foote. Probably thought he'd be the Expos catcher for the next decade after such a promising start that earned him a Rookie Cup.
December 19, 2013 at 12:49 PM