I juricksoned me some cards 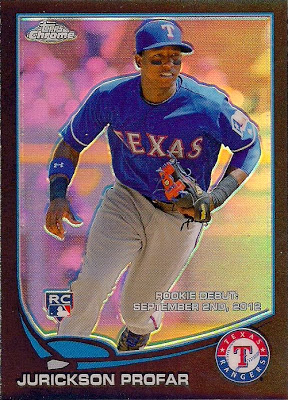 That's right, I just turned "jurickson" into a verb. This is the stuff that I can't do in my real writing job. You are the beneficiary.

(Sorry about all the "damns"; it's been a rough week).

This phenomenon has happened to me more than a few times. I suppose with the wide variety of parallels and the sheer number of sets that almost duplicate other sets (Chrome, Opening Day, minis, etc.) that it's bound to happen. And I think that this occurrence needs a name. So, "jurickson" or "pulling a jurickson" or "YOU GOT JURICKSONED" is now part of the English language.

Go and use likewise.

The inspiration for all of this is, of course, is some ball-playing dude named Jurickson Profar. Lately ... well, over the last couple of months anyway, I certainly am not buying cards now ... I've been pulling Profar cards seemingly almost every other pack.

And after all that work pulling Profars, I thought I deserved to get some cards in return for my effort. And that, ladies and gentlemen, is how I juricksoned some cards.

I sent the Profars off to Brian at Play At The Plate and he delivered unto me cards that I like. 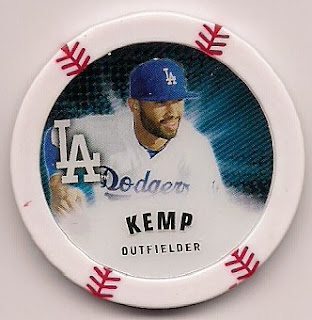 This is the first Topps Pog ... er Chipz that I've held in my hands. I refuse to buy these because my guilt complex takes up several acres and it'd never let me hear the end of it. Also, I am really tempted to knock these around with a baseball bat, which is what I probably would've done if I was 10 when these came out. 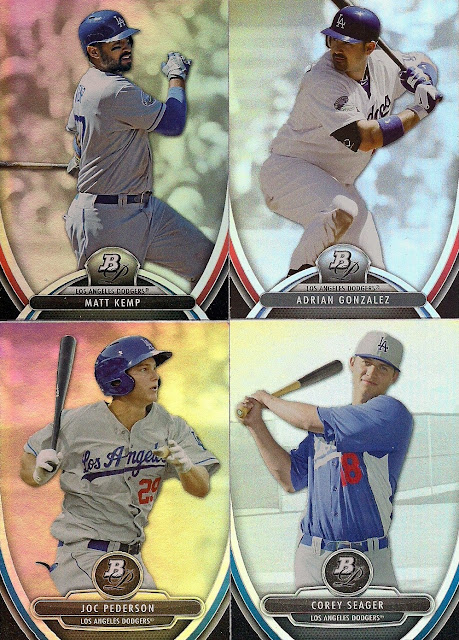 Bowman Platinum bringing up the rear, as it should. 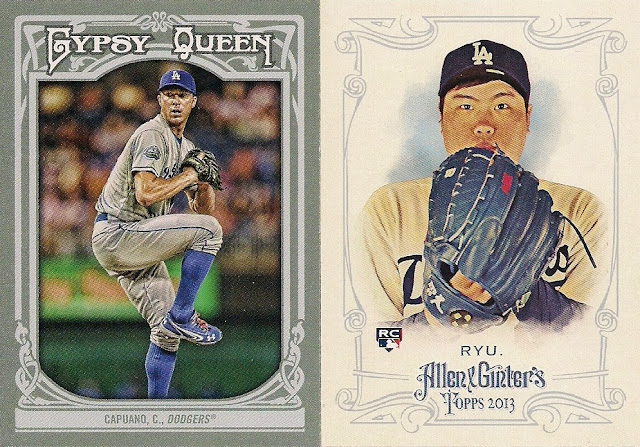 It's 12 days from 2014 and I'm still working on these team sets. #ThanksTopps 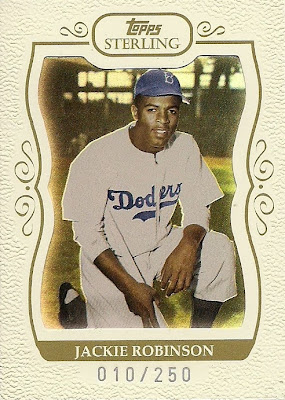 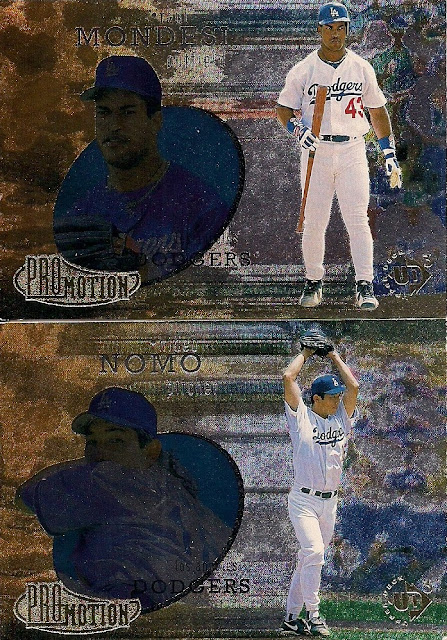 7. A new Nomo and a really pissed-off looking Mondesi.

I wouldn't say a new Nomo card is good as a new 1975 mini, but it sure does make me happy. 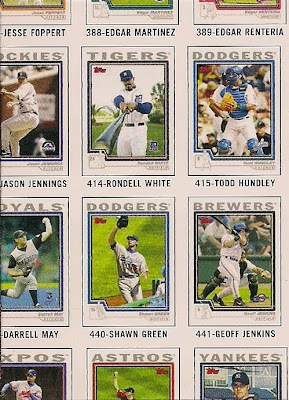 I've read a lot of card blog posts over the years and not once have I seen this (but keep in mind, I've forgotten a lot of blog posts, too). I think Brian considers this a Dodger card because you can see two Dodgers on it and neither are cropped. Good enough for me! It's a Dodger card.

Apparently it takes 110 cards to complete the rundown of 732 cards in 2004 Topps. Or you could just complete the set the regular way and sit them out on the floor. 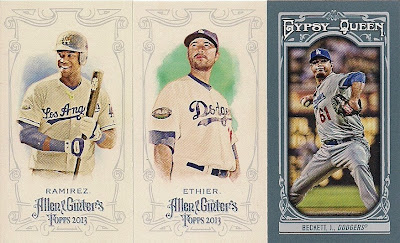 It appears that some people are actually pulling baseball players with their minis. Unlike me. 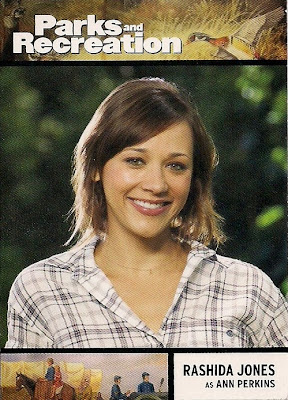 I don't know how Brian knew that Rashida Jones is my internet wife. I didn't tell a single soul. 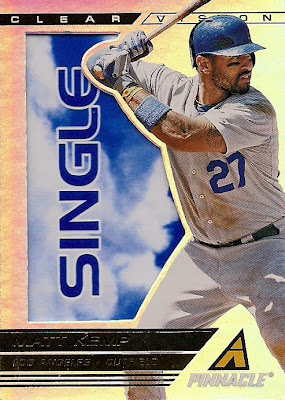 Pretty nifty card I admit. The cloud area doesn't light up like that in person, which is kind of a bummer, but not as off-putting as the blue uniform number. Also, I don't know what the "single" is -- a game we're supposed to play I'm guessing? I'd have more respect for it if they slipped in "third baseman airmails ball into stands" with the "singles" and "doubles." 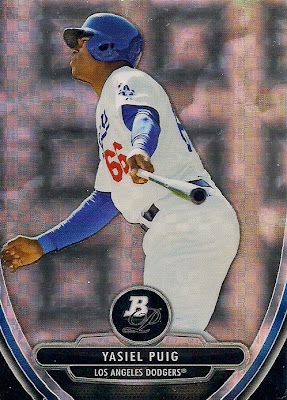 I just traveled in my time machine to June and sold this card for $4,000. And then I blew it all on Chipz. 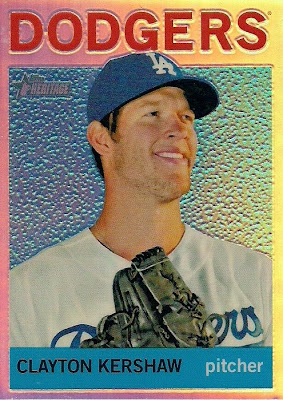 I don't know how Brian does it. I have horrible luck pulling these things and if I do pull one it's of someone like Michael Morse.

But at least I do pull Profars and you can see all the great stuff I got for those.

Now, this isn't the first time that Profar won me some cool cards.

My method was different that time. I merely had to cite a distinctive-named up-and-coming player. Profar was the first person who came to mind.

I guess I can't call that "juricksoning," though.

madding said…
I ran into these weird thick checklists at one point. I don't know what to do with them. Several of them have Cardinals on them.

Play at the Plate said…
First of all, I just Jurickson'd my Puig. Or Puig'd my Jurickson. It hurts too bad to know for sure.
Secondly, thank you and I'm glad you enjoyed the cards.
Third and finally, you lamented the fact that you didn't pull a Perkins (ouch) in the packs you bought and I pulled two. I had to send you the dupe.
December 20, 2013 at 7:39 PM