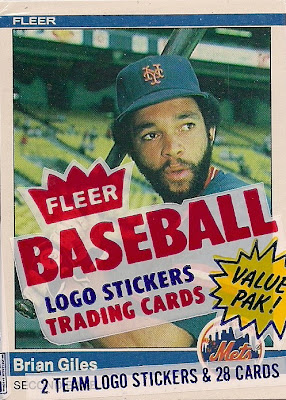 It's been a long time since I've seen cello packs wrapped the traditional way. That's why when I first entered the antique shop last weekend, I knew the trip would be a success, because virtually the first thing I saw were two cello packs of 1984 Fleer.

They were locked in a glass case with a number of other "for sale" items. I felt ridiculous asking to have a case unlocked for two packs of 1984 Fleer. Next to the '84 were two cello packs of 1986 Fleer. I ignored those. I have principles.

But '84 Fleer is one of those sets that I May Collect If I Have Run Out Of Other Things To Collect. You know those sets. You like it, but, you just can't get roped into another set to chase. So the set gets backlogged in your brain -- kind of like the girl you knew as a friend when you were 15. If neither of you were married in 20 years, you agreed to get hitched. Of course, you lost contact with the girl two years later. Probably for the best.

And it's probably best I'm not trying to complete 1984 Fleer.

But opening a pack of 28 cards plus two team logo stickers? That I can do.

Oh, before I open it, I forgot to show the back of the cello pack: 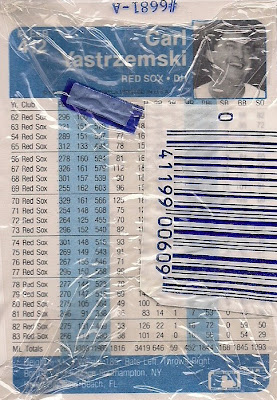 On with the pack: 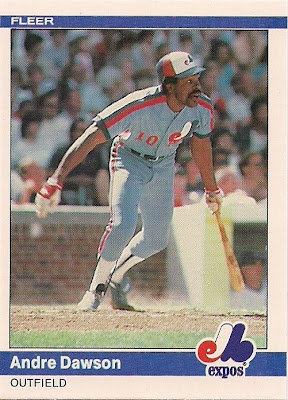 Hall of Famer playing in his future home. But I love him most as an Expo. 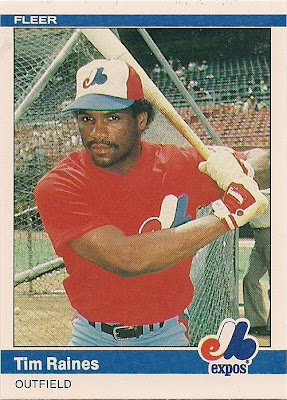 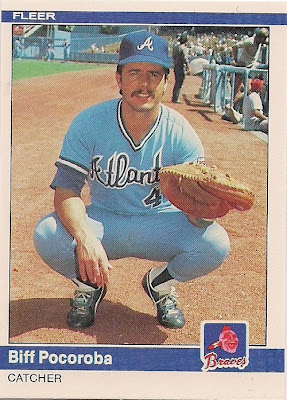 Biff played 10 years with the Braves and surpassed 100 games only once. You could do that back then. 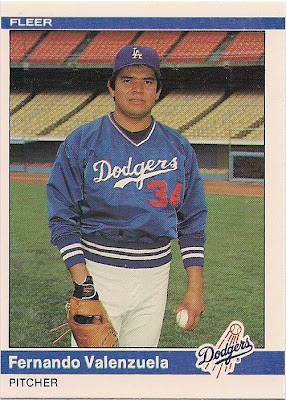 I have all the Dodgers in this set, but I'm showing each one I pull anyway. ... The thought process that went into taking this photo is off the charts. "Got a ball?" "Stand there." "OK, you're all done." 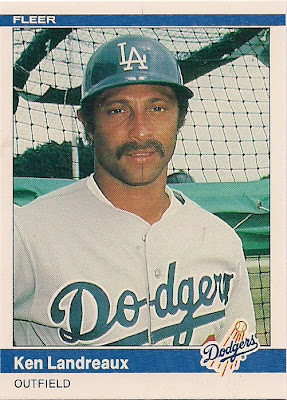 Excellent. My other '84 Fleer Landreaux has a nasty stain on the bottom. Landreaux Calirissian deserves better. 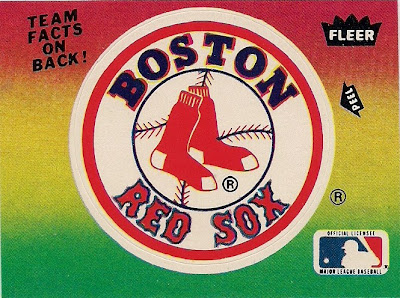 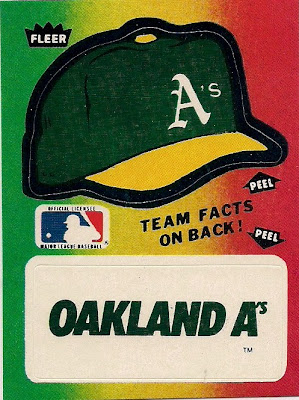 Fleer really got the best of the deal as far as extras to include in packs. Topps clung to the most horrible gum  in the world. Donruss thought we wanted to waste our time on puzzles. Stickers strikes to the heart of what kids want. 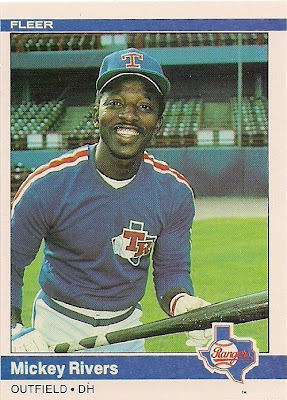 DH, huh? Mickey must've been losing his wheels late in his career. 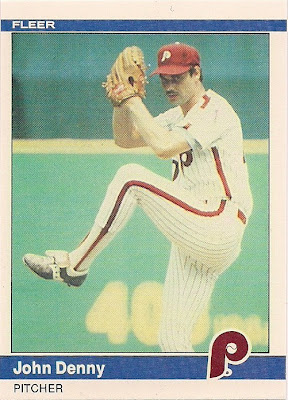 This would've been a nice pull in 1984. Denny was coming off a Cy Young Award. I'll bet not a lot of non-Phillies fans remember that. 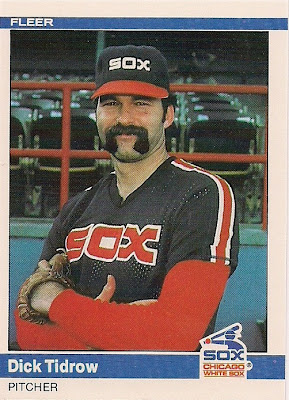 Is Tidrow hiding a gang signal? 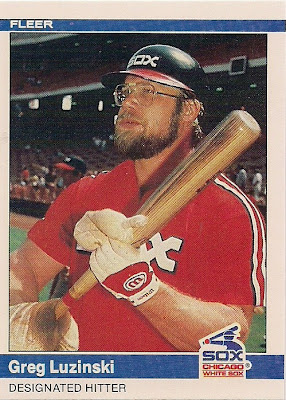 Outside of the Dodgers, I think this might be the only double I pulled out of the two cello packs. That's pretty good as I already own close to half the set. 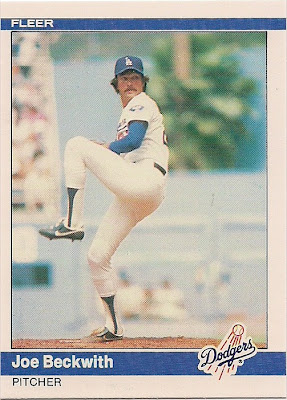 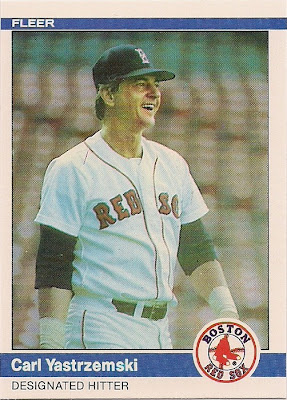 But this is Yaz's last solo card of his CAREER. Which is why I was so eager to land this pack. Yaz has a couple of other '84 cards in which he shares space with some other guys, but this is the only one of him alone.

Of course, that's the final card. If you counted all the cards in the pack, you know that there were 29 cards, not 28 cards, as the wrapper said.

I guess that's what they mean by Value Pak!

For those interested, the player peaking through on the other cello pack was Pete Rose. The flip side was Bake McBride.

No, I'm not going to open it here.

Find your own antique shop with '84 Fleer in glass display cases.

TheHitKing said…
Seeing as how Topps is an odds mastermind that keeps us pissed off but yet happy enough to keep us coming back and back again, why don't they start putting packs back in grocery stores? I mean, when young boys are pulled off to the store because dad isn't home yet? It would definitly increase the possibilities of me saying to my wife "grab me a pack" while you're there...and isnt about beer, rubbers, socks, or juicey fruit.
May 1, 2012 at 8:32 PM

Jason T. Carter said…
I knew that John Denny won the Cy Young. And I know that he shouldn't have.

MARIO SOTO WAS THE BEST PITCHER IN THE NATIONAL LEAGUE IN 1983.

Once again, a Reds player is overlooked. I blame Bud Selig.

Community Gum said…
So glad you're collecting this set now so I can send you my 400 doubles!

Commishbob said…
There was a chain of stores called Korvettes when I was growing up in the early 60s that were in the mold of K-Mart/Wal Mart. My folks did a lot of shopping there and I always loved that trip because I could come away with a cello pack or two of Topps. That was the only place I remember seeing them back then.